Ten on Tuesday: It's a blur

At the beginning of it, I had no idea that I'd be bidding farewell to my sister and her family in addition to my daughter as they moved overseas! Ann & family had about 5-6 weeks to take care of things before moving to Spain for at least 2 years. Maddy planned, worked, and saved hard over the past year or so in order to spend the next year traveling and exploring in New Zealand.

It's been a super shitty summer in many respects, not the least of which was the death of Rusty's dad, and from the beginning I've made it a point to focus on the good stuff this summer -- and on the things that I can control.

Five Best Things I Did This Summer 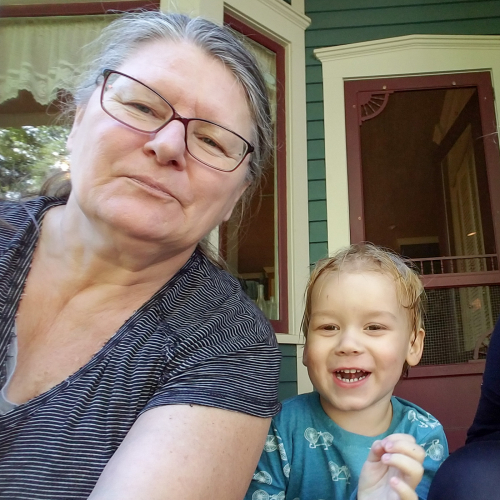 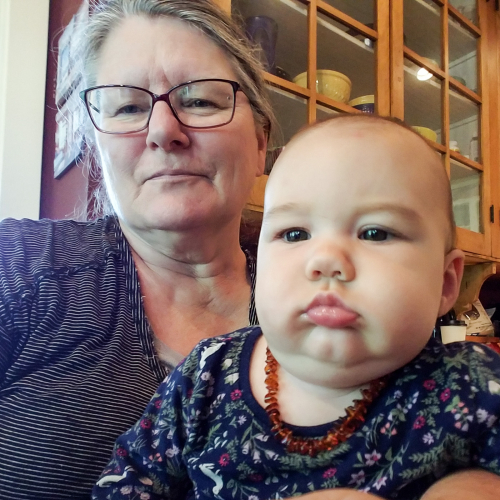 1 - I spent lots of time with the kiddos. 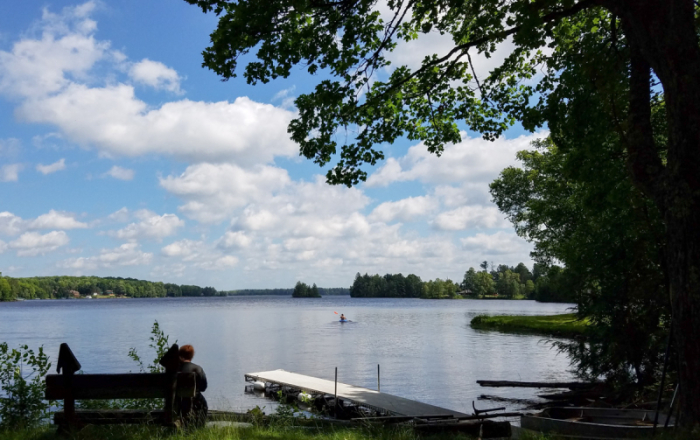 2 - I spent a few glorious days up north. 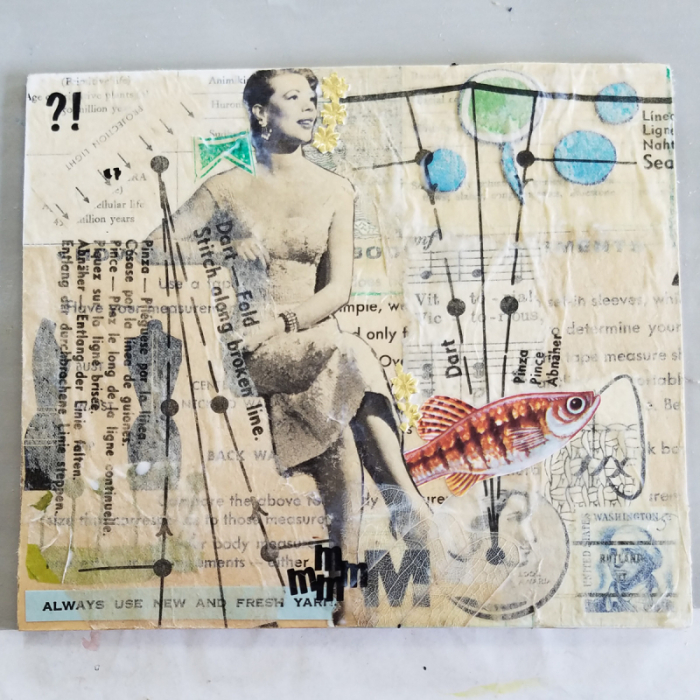 3 - I did lots of art stuff -- viewing, participating, and even making. 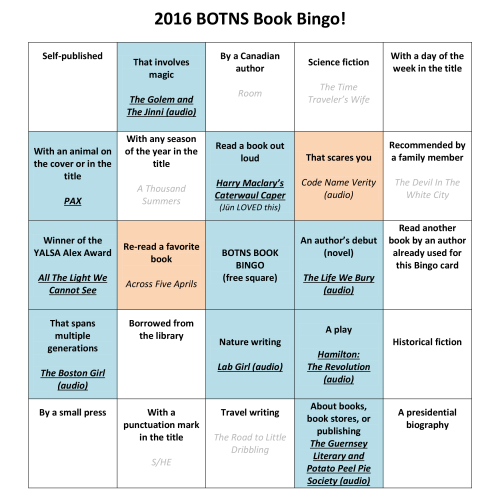 4 - I read books -- thanks to audiobooks, I've read more than I have in many a summer (winter, spring and fall). 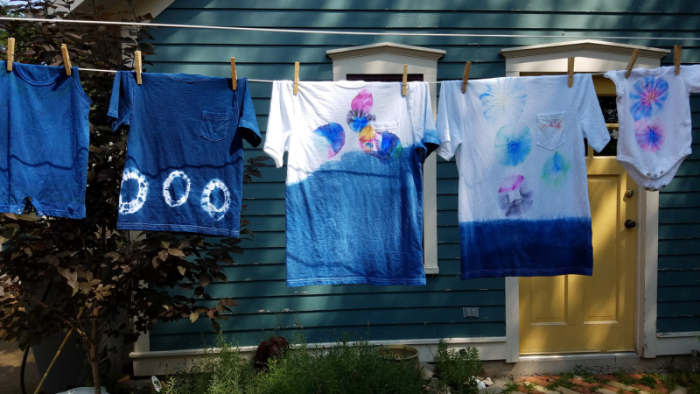 5 - I made time for Auntie Camp II before my nephews left for Spain -- abbreviated, but so much fun!

1 - Catching my breath. It was a very busy summer and I just need some time to collect my wits.

2 - Cooking. We've been planning our weekly menus and cooking at home for most of the summer, and I'm aiming to keep that going.

3 - Reading. That will certainly continue, and I'm still aiming for a BINGO by Thanksgiving. 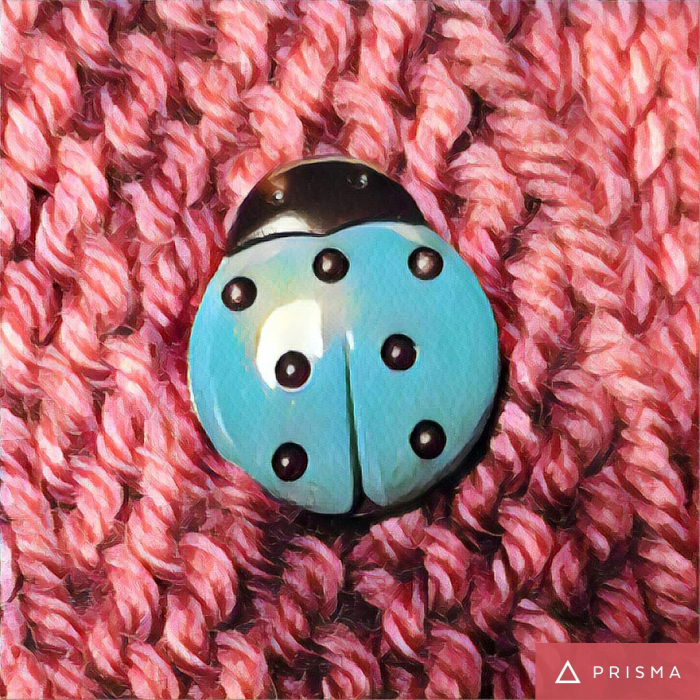 4 - Knitting & Sewing... and getting a grip. I just sewed some adorable ladybug buttons on a sweater for Gin (an FO post to come!), but I've somehow misplaced a cone of Habu Tsumugi Silk for another project; there's a "quick" A-line top that stalled awaiting binding at neck and arms; one thumb-less mitten for Jun that's awaiting a thumb and a mate. So much to organize. (I have been making progress at washing the knits, though!)

5 - A Getaway! I'll be spending a few days in the Hudson Valley with some friends next month -- knitting, laughing, cooking, eating, and going to a little thing called "Rhinebeck." It's been 9 years since I visited in the east and I cannot wait!!

Saying goodbye does make for a crappy summer, but I'm glad there was also good, and that you chose to focus on it. I think that time to catch my breath and begin the gradual turning inward are some of my favorite things about fall. I hope your misplaced Habu shows itself soon and may the lines be short at Rhinebeck!

Wow! You've had lots going on. Here's hoping Fall is a bit more peaceful. And Rhinebeck! Do enjoy!!

Your summer was busy and I'm sorry about the icky parts but it sounds like the good parts outweighed those. And you know fall will be terrific because Rhinebeck. Wish I was going to be there.

You managed to scrape together a lot of good things in that shitty summer! And fall looks to be great. (So jealous of your Hudson Valley adventure! What fun for you.) XO

Oh, I am so envious of your Rhinebeck trip! But, what a fun and full summer!

Your summer was certainly a mixed bag, but your ability to keep your focus on the good things was key. You are going to have a rip roaring good time with the gang next month!

Have a wonderful time at Rhinebeck! And I hope you find the "missing" yarn.

I am so excited to meet you at Rhinebeck!!

How about going to Madrona next February? Have you been? It is magical. I went every year for several and have missed the last two, one because of work and this year because my beloved 11+ year old white Boxer was dying. He passed away a week ago. The physical exhaustion of caring for a big dog has lifted and to some extent the mental exhaustion is gone as well. But the grief is even more than I expected. Madonna is something I am looking forward to next year without worries about home responsibilities. Come along!

RHINEBECK!!!! Looks like you have a great fall in the works and a lot of great memories from the summer. Seems like it was a low season for a lot of us; I'm glad the calendar is turning over!

Bring on the fall! You're going to have such a great time in NY, it was such an experience last year! Here's to the great times of last summer and so long to the bad. 2016 has been a strange one for sure!

RHINEBECK! I am so envious. I hear the Apple Cider donuts are amazing. I took a class from Sonya Phillips last weekend and she waxed poetic on the experience of being in the thick of yarn, sheep, a true NE fall with leaves, acorns and DONUTS. Sigh. On the other hand, I second the idea of your coming to Madrona. Quite a different experience but still a powerful gathering of knitters, yarn, teachers and fiber love. It would be fun to meet you. And I am taking notes of the books you read. I have been haunting the Parnassus Bookstore website for owner and author Ann Patchett's recommendations for best books of 2016. I just got her new book Commonwealth and plan to dive in soon.