The sky was dramatic and beautiful this morning... difficult to capture in photos (especially since I was driving). This is the pretty but far less dramatic view to the east when I arrived at work. There are the fewest of leaves still clinging to that tree! 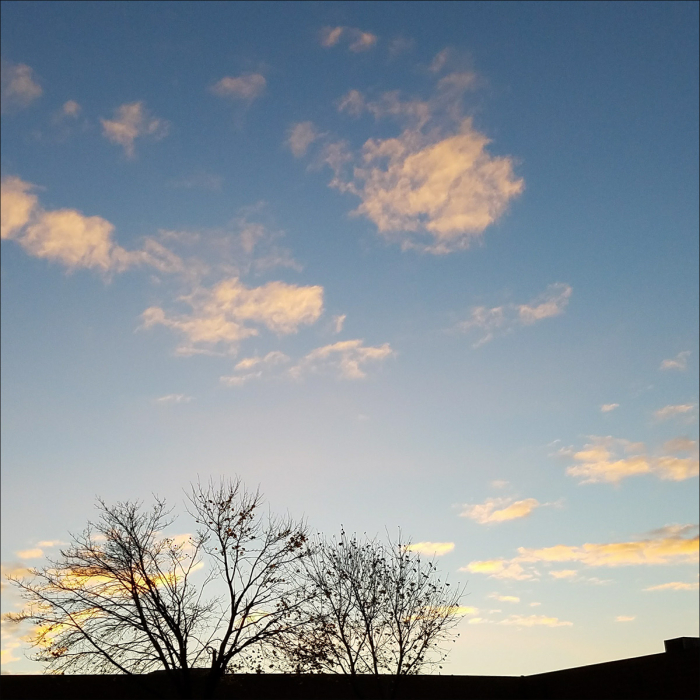 We might have our first hard frost of the season tonight, which means that these guys have spent their last night on the deck until next spring! The Garden Room will become decidedly more garden-like later today. 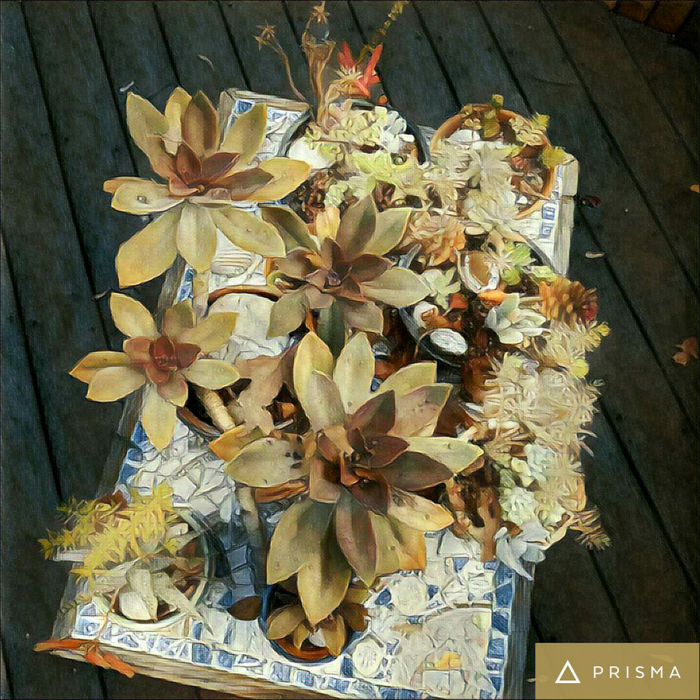 I re-worked the bind off on that Squad Mitt last night. Turns out, I don't think I started off quite right... but I also watched/tightened up my tension and it made all the difference! It not only feels better, but looks better too.

That is a lovely view, even if it is less dramatic. I'm surprised you haven't had a hard frost yet. We've had several here and my Brussels sprouts and chard love them!

We have had a few frosts, but no "killing" frost yet. However, I read in the WAPO today that North America is going to have an exceeding mild winter - but, yeah - that Global Warming Hoax...

Our sunrises and sunsets have been gorgeous lately. There is something about the November sky -- very dramatic. Hope you have a wonderful weekend...I'm hoping to hibernate and knit a bit (or a lot).

We still have roses blooming, but the trees are denuding, nonetheless. Wish we had your dramatic sky!

Minneapolis blew through the last frost record, which was November 7. Not sure if they have had one yet.

"Global warming is just a hoax by the Chinese to cripple our manufacturing, yada yada."

Such a lovely landscape!
XO

what a pretty morning sky... and whoa, a hard freeze, huh? glad you've got a room to winter those succulents!

Everything is dead here! That's a beautiful prisma of those succulents! I did see some roses at the Cape this weekend though...holding on!