I picked up Jun at around noon yesterday for an afternoon outing to the park.

As, predicted, it was a crazy gorgeous day for February! 65F and sunny... and just a little bit weird because it's February! Well, I'm not in charge of the weather, so the only thing we could do was take advantage and enjoy! 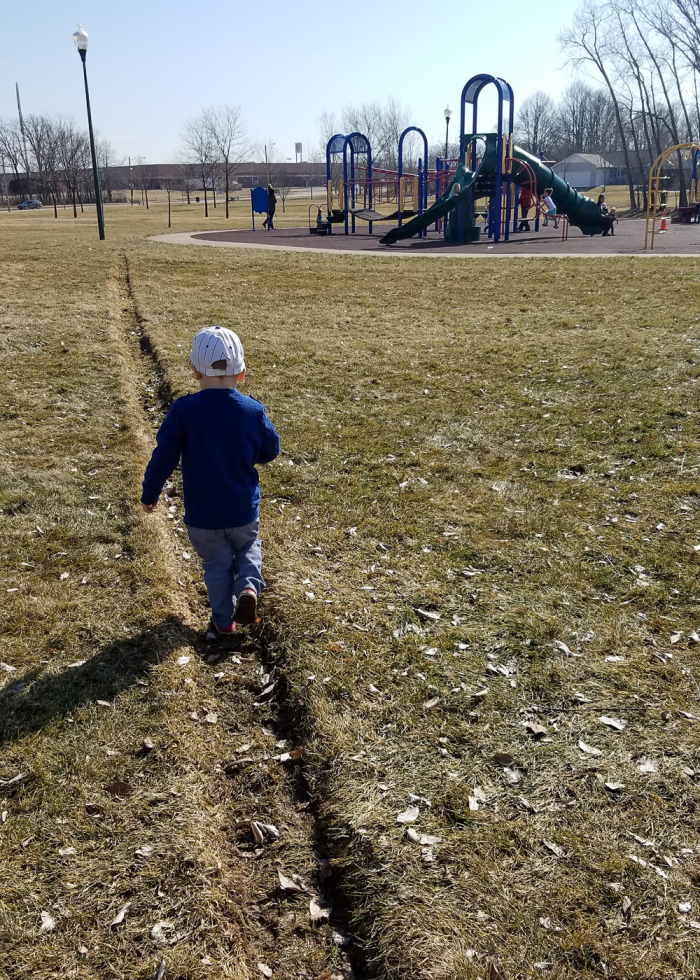 The ground is soft and wet. A truck had apparently driven to that light pole to change the lamp, leaving an enticing little furrow leading right to the playground. The playground itself is made of soft, porous rubber material enclosed by a circular concrete walkway -- CLEAN & DRY!! It's pretty ingenious stuff, and I'm guessing that it's probably recycled.

So much to explore. 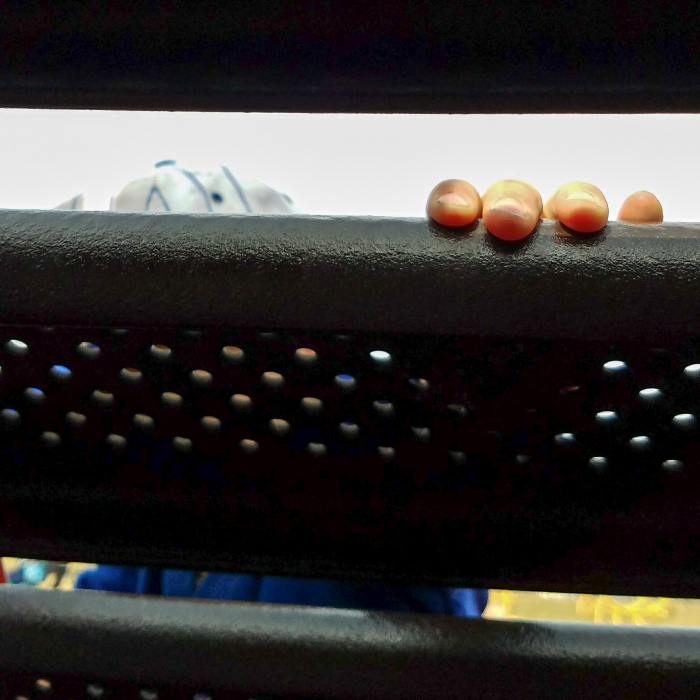 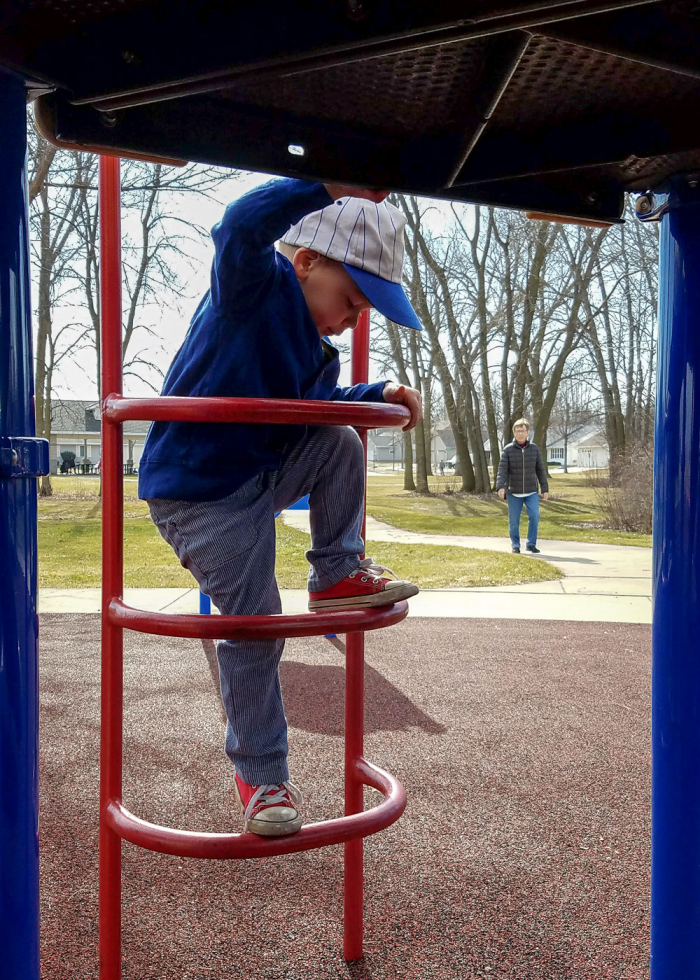 So much climbing to do! 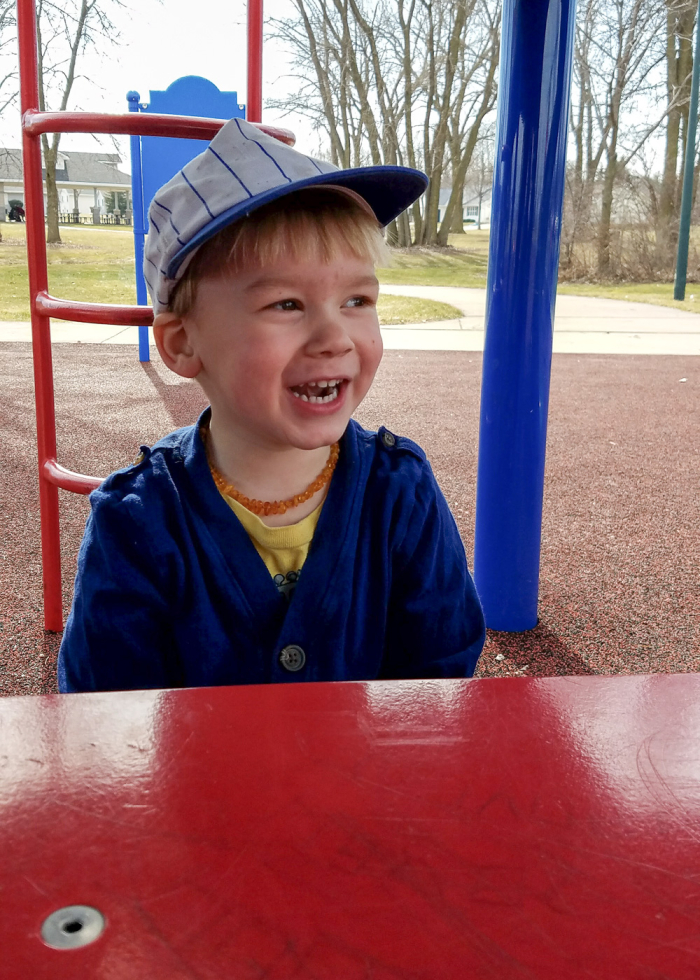 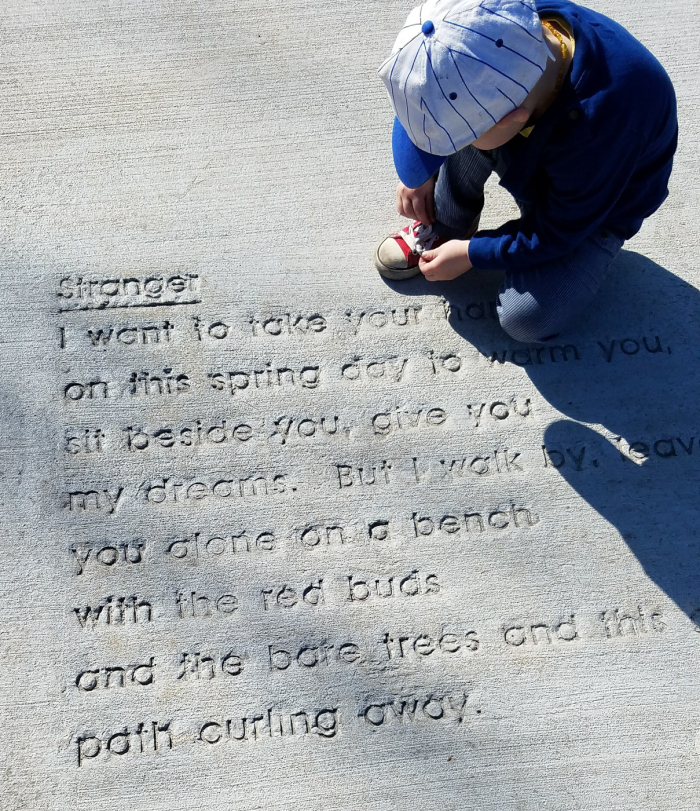 After the playground, we went over to Culver's for some frozen custard. 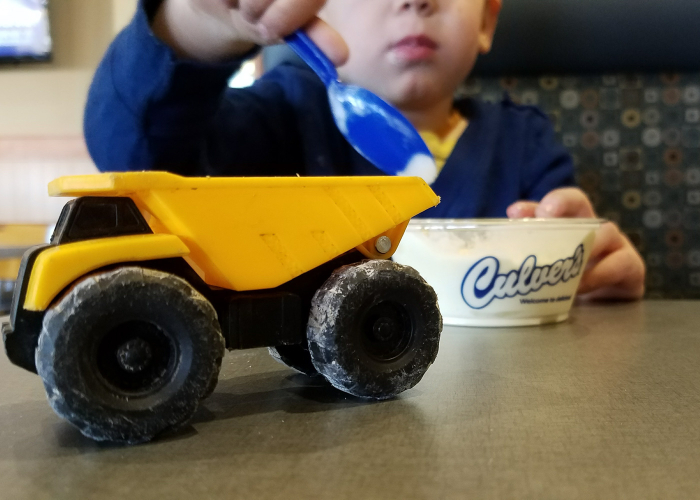 It was SO GOOD! He had two scoops, and I had an offered spoonful.  ;)

Then we went to the grocery store. He's such a great helper! He picked out some veggie chips and an orange for himself, and a Hot Wheels car! 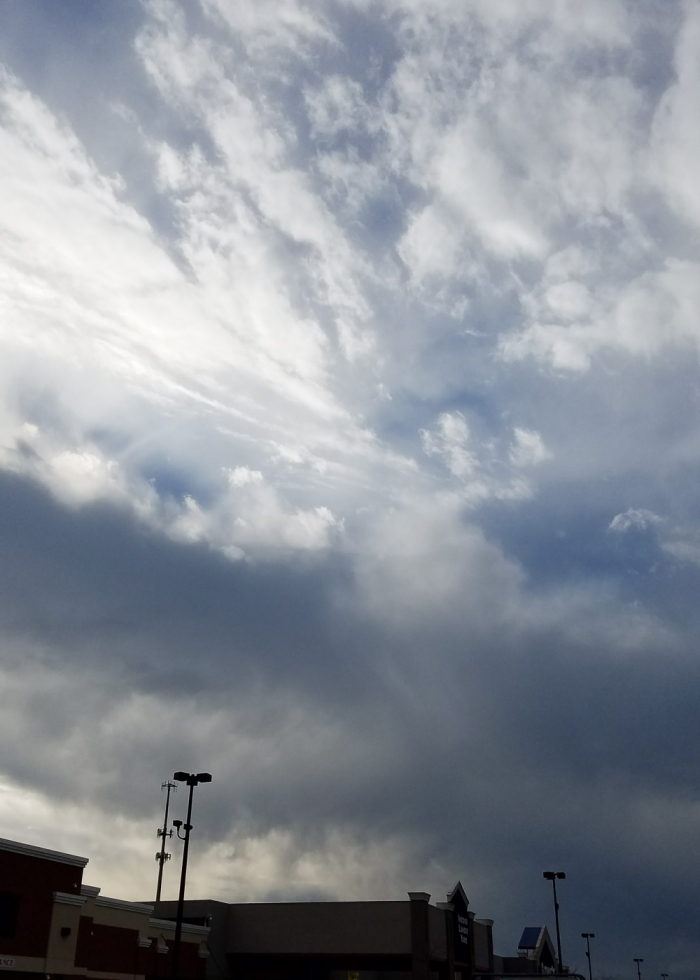 Change is comin'. Winter Weather Advisory from midnight tonight until noon tomorrow... wintry mix and then snow. We could get 6" - 14". I don't have to like it, but it is a bit more February-like.

Can't help but wonder when it'll be nice enough for another afternoon at the park!

So much good stuff here - warm weather, a darling boy climbing, poetry at your park, diggers, and sticks! I miss fun days like this and thank you for sharing!

Jun changes every time we see him...so grown up! Love the smile and the cute finger tips while he climbs and eats. We had a squall move through last night that brought winter in with a vengeance, but it's the end of February and spring can't help but be just around the corner!

Oh Vicki - wonderful afternoon and what great photos! I love how we can see his personality shine through ... a sense of adventure, a little mischief, but mostly just happy to be outside playing (or inside eating ice cream) with you! thank you so much for sharing it all with me! (Marmie withdrawal this week...travel + cold = no time with the little ones).

My goodness! He's not a baby anymore, is he?

These photos are so wonderful! And, I love his "basemall" cap! His personality just shines through the photos, I agree with Mary! Hurrah for unexpected weather outings!

Oh, Vicki! Your afternoon with Jun just warms my heart and makes me smile! (Real big.)

Jun is getting so big. He is really such a good looking boy. Looks like her loves to explore. I laughed when I read about his picking out some Hot Wheels. Smart boy! Your cowl is lovely! I like the colors you chose to put together.

I love seeing your adventures together! He's such a happy adventurous boy. And lucky too. ;-)

What a cutie! Looks like you two had good fun on this day...

(I wonder, being something of a quote collector, what is the missing word out of the quote etched into the concrete? if you have a minute or two, no pressure!)