Six years ago today, we were on pins & needles over a band of snow & flight schedules. Eventually (and determined), we gave up on catching the local connector flight and drove ourselves out of that band of snow and down to Chicago to catch our outbound flight to Heathrow... and our England-Scotland-Wales adventure!

Oh, what an adventure it was!

I'd scheduled a dye workshop at Old Maiden Aunt in West Kilbride toward the end of our time in Scotland, and looked forward to it the whole time (my one real fibery thing on that trip). 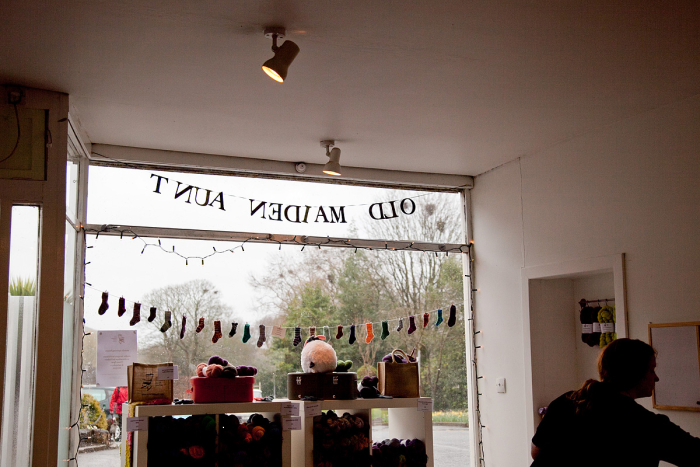 This was the view from inside Lilith's shop. Since then, Old Maiden Aunt has relocated to a different studio! So even if I visited again, the view would be different both from her new studio and from this one. 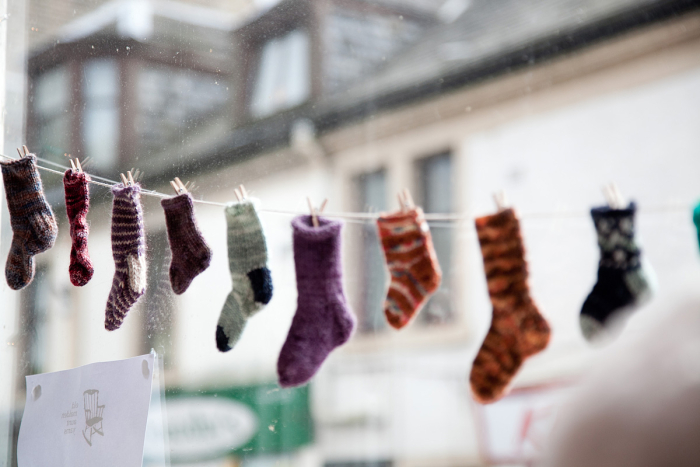 It's been almost 6 years since I looked out this window, and it isn't likely that it'll ever happen again -- or, if it does, it won't look exactly like this.

I am currently awaiting the arrival of Lilith's new book, Coming Home! It should be here any day now. 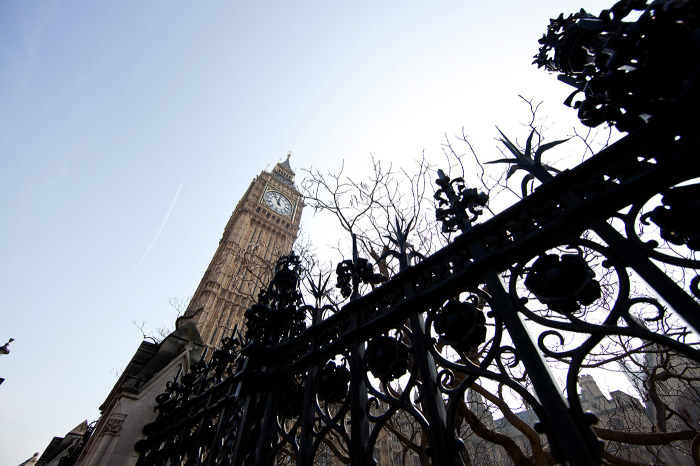 That is the best window with the loveliest view!

I love those little socks in the window. But seriously? 6 years? That doesn't seem possible!

Those little socks are just darling! Beautiful window. And that book (Coming Home) looks fabulous...please let us know how it is.

Beautiful photos and lovely memories, Vicki! Oh, Scotland... Edinburgh is my favorite city in all the world and I long to visit again!

Six years already? Oh, my . . . Like Gretchen Rubin (Happiness Project) says, "The days are long, but the years are short." I love that window view, Vicki! Those socks. . .

How can it be 6 years since you were in Scotland!? Thank you for sharing your vacations and your memories of them through all the years!

I love the yarn I got from OMA- didn't know about the book but will order a copy right away.
Love your picture thru the window.