Given that it's taken until Mother's Day to finally finish what were intended to be Christmas presents, you'd think that perhaps there was a real big snafu or difficulty with the pattern. 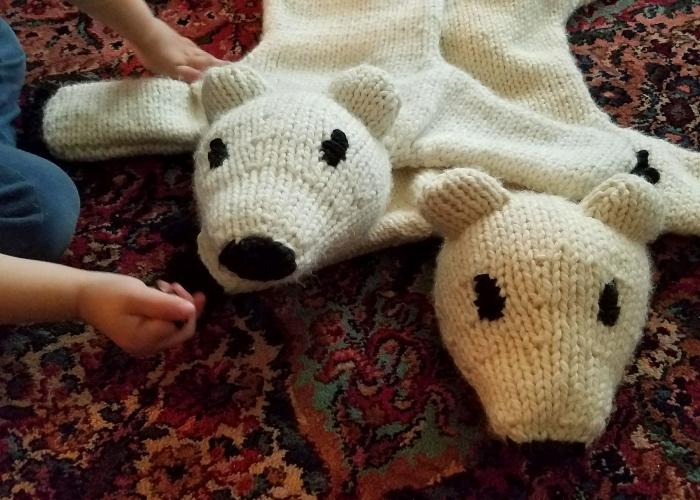 The were very quick and quite fascinating to knit. The sewing up... well, that's never my favorite thing, but the finished pieces are so adorable, it's definitely worth it! The fact is, I've already "finished" once but that was quite short-lived as Junah dislodged a "safety eye" in all of three minutes while absent-mindedly cuddling/fiddling with his bear!

Ho-hum. I dithered over that situation for a while. I really loved the way those big fat round safety eyes looked, but they were obviously not so safe when used on a gauge this big and a toy intended to be played with.

They hung around my house for a while -- quite comfortably on my footstool, actually -- and in the course of the kids coming over, Gin eventually worked out another couple of eyes! They were so big that they weren't really a choking hazard, but still... ARRRGGGHHHH!

The wisdom of blog readers led me to embrace the embroidered eye... I was a little reluctant, but my other solutions involved a lot of un-doing & re-doing, and I hate that, plus I wasn't certain it would solve the problem.

So finally the other day, I sewed a rough outline of the eyes. 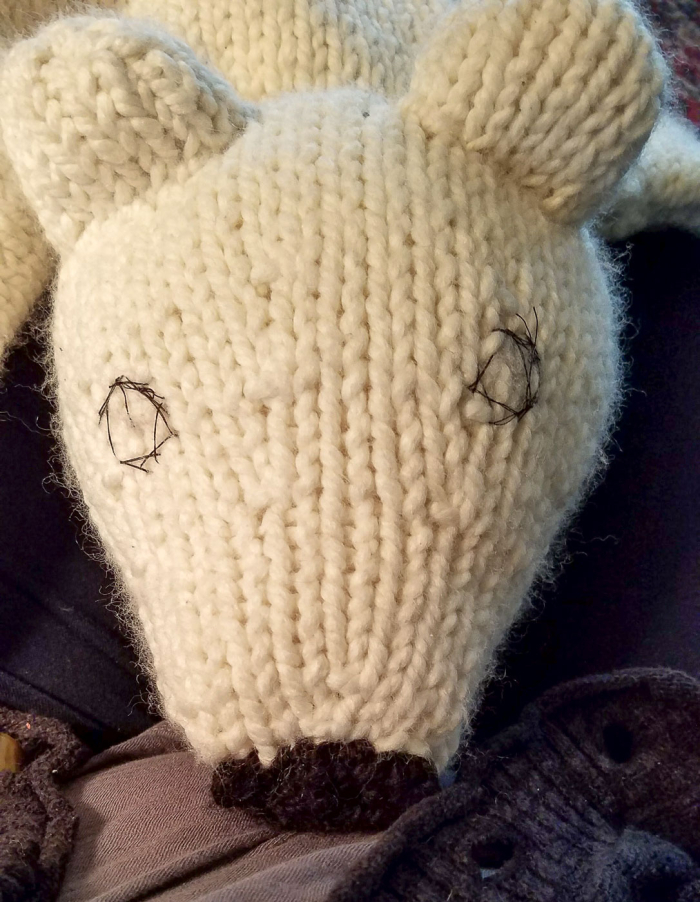 They were sitting on a side table by my chair when Junah saw them yesterday and lit up... They have EYES!! He grabbed them and cuddled up on the couch, hugging one in each arm, and I decided that it was TIME!! (How terrible a grandmother can I be??)

I finally located some leftover black yarn and set to work. 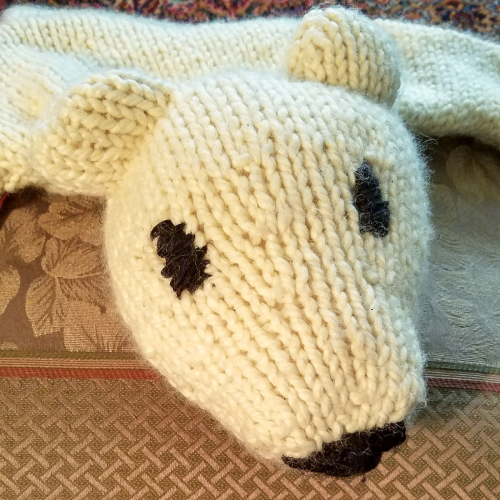 They're not perfectly smooth & round, but they are EYES and the job is done... so perfect. 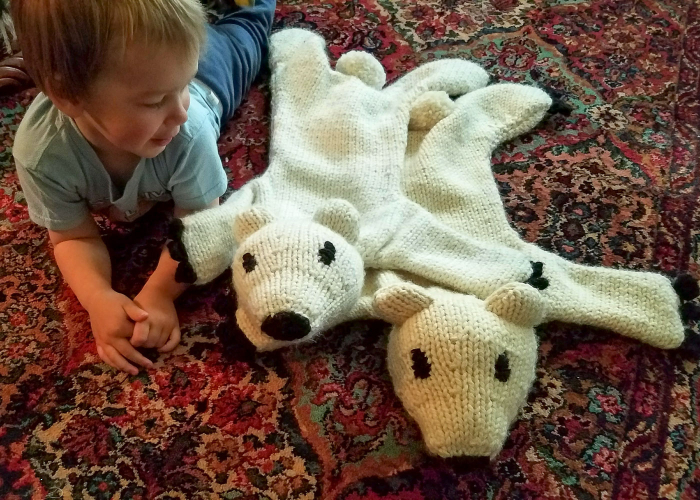 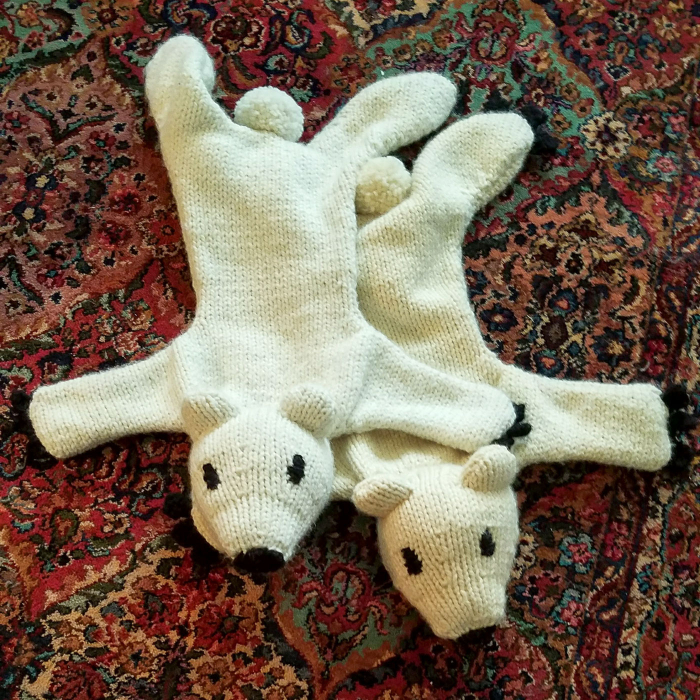 I don't know why it takes so long to get around to things like this sometimes. My mom would say that I get that from my grandmother!

Speaking of mothers, I had such a wonderful weekend full of so many good things -- sewing, crafting, gardening, building, celebrating -- not to mention cooking, eating, and drinking! A couple of projects are underway... details to follow!

I hope you had a great weekend, too.

Those are just adorable and the eyes are perfect and SAFE! I'm like that, too, sometime where there's just this one little thing to finish and I don't. Weird.

These are darling bears! Love the new eyes. Sometimes finishing is the hardest thing to do.

They are so adorable!!! And - as Junah so wonderfully demonstrates - lovable, too! XO

Your polar bears are so cute! If I didn't already know that I am absolutely terrible at fiddly finishing I might be casting on right now. Only a terrific grandmother (like you!) would make two lovable, safe bears and actually finish them!

those bears turned out so well! I still have a plan to knit the blue sky alpaca bobby bears for my guys - they are seamless, I think, but I'll still have the eye thing to figure out. Might just send them up to you to finish - you did such a great job with those!

The perfect Mother's Day gift is to see how much your grandkids love something you made for them. They bears are perfectly adorable and lovable. Nicely done, Vicki!!

Re-doing anything seems to have a little less sparkle to the job. But the level of adoration clearly indicates that done is better than perfect in the case of the not so googly eyed bears.