...or Mother's Day Garden Crafts!! I chuckled pretty hard on Friday when I read about making a Garden Spicer! I didn't really have any intention to make one myself, until I was touring the back yard with Rusty on Saturday morning and spotted the old wooden star ornaments that Kate nixed from my garden. (And high time, too.)

I knew exactly how to repurpose those!! And I made two!! I had a date to take family photos for friends on the occasion of Mom's birthday, and I knew she's love a Garden Spicer!! 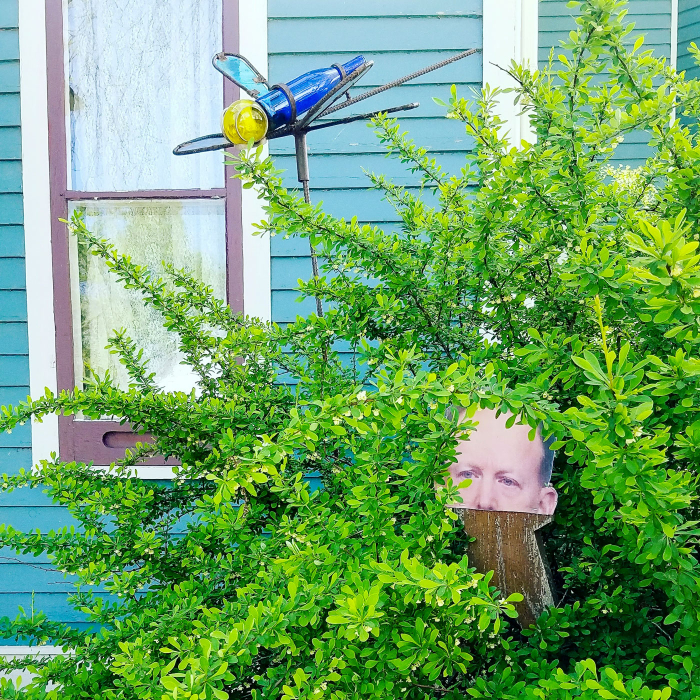 There's mine in the barberry bush in front of the house. He's not sitting quite as I'd like, and I rearranged several times before deciding that maybe I should just try another spot... a barberry bush has thorns, y'all! 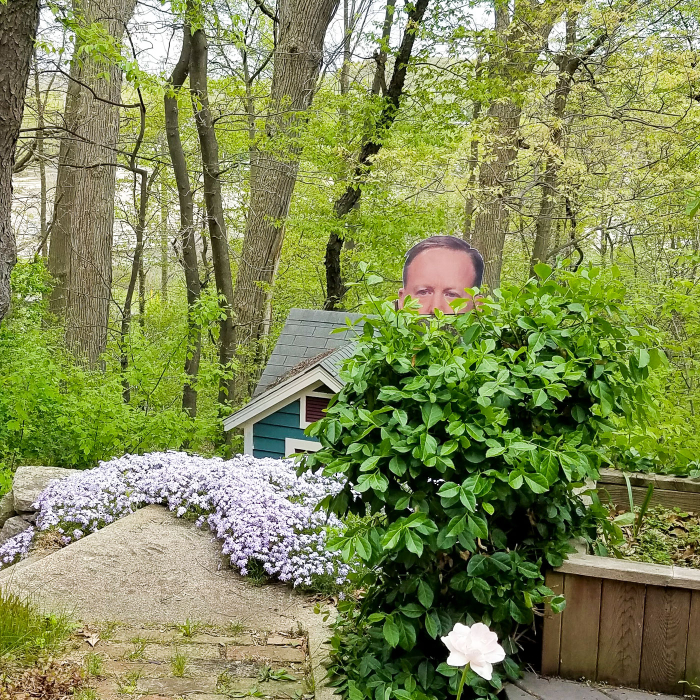 Here he is popping up behind the vinca! Scamp's not too concerned... 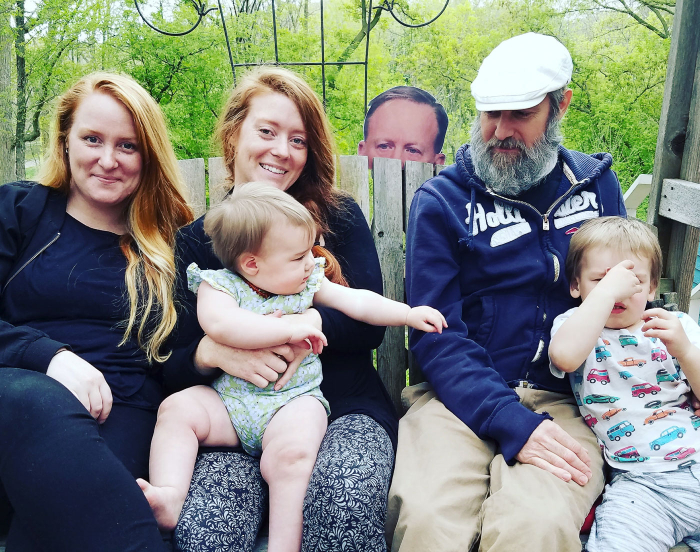 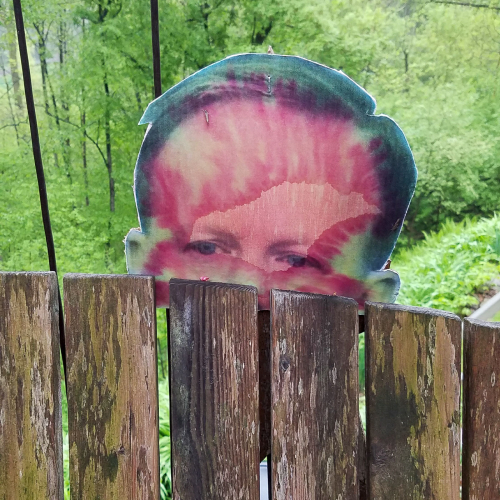 We've had some rain; he's starting to run.

On Sunday, Rusty and I got the potato patch ready. 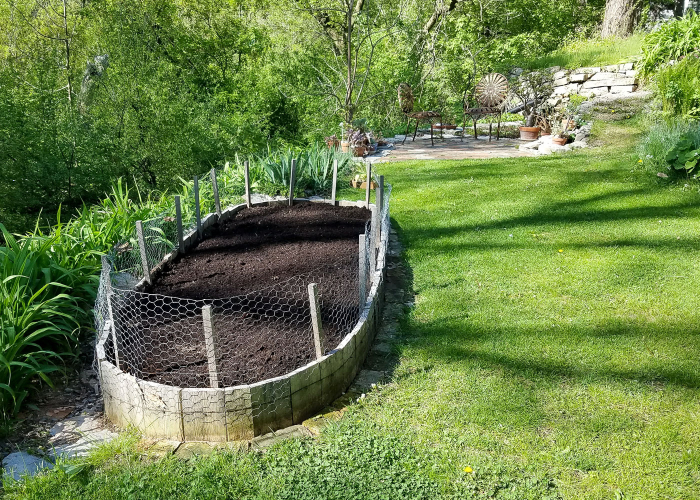 And then I picked up our potato planter. 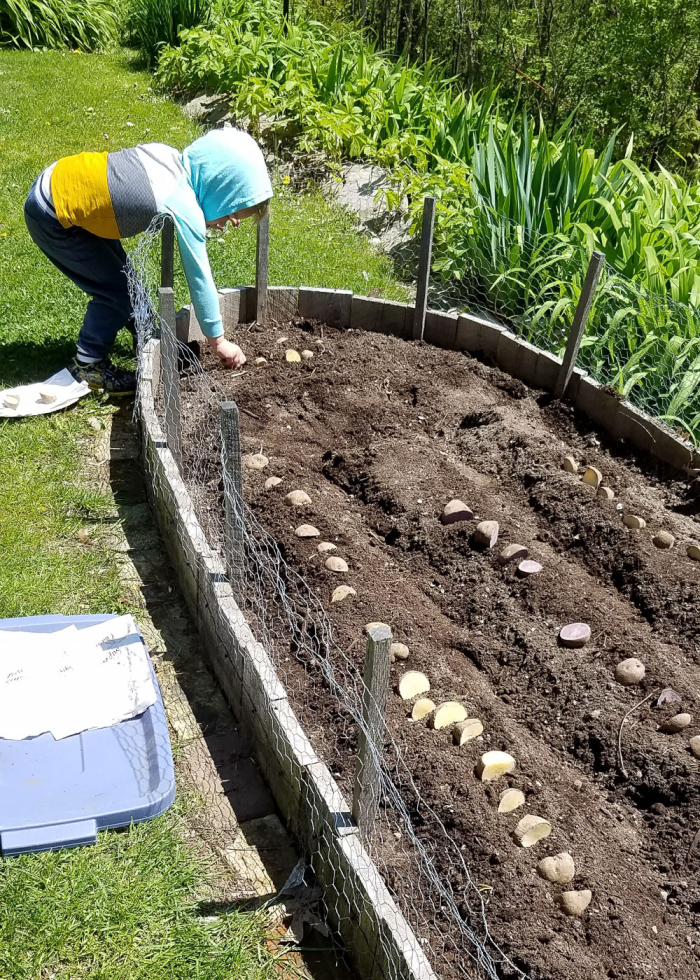 Seriously, other than some spacing issues, the kid has it down!! He was straddling the rows like a champ and loved watering, too.

On Saturday morning, I finally scratched a little itch I've had for a few weeks and cut out an Alabama Chanin Corset. 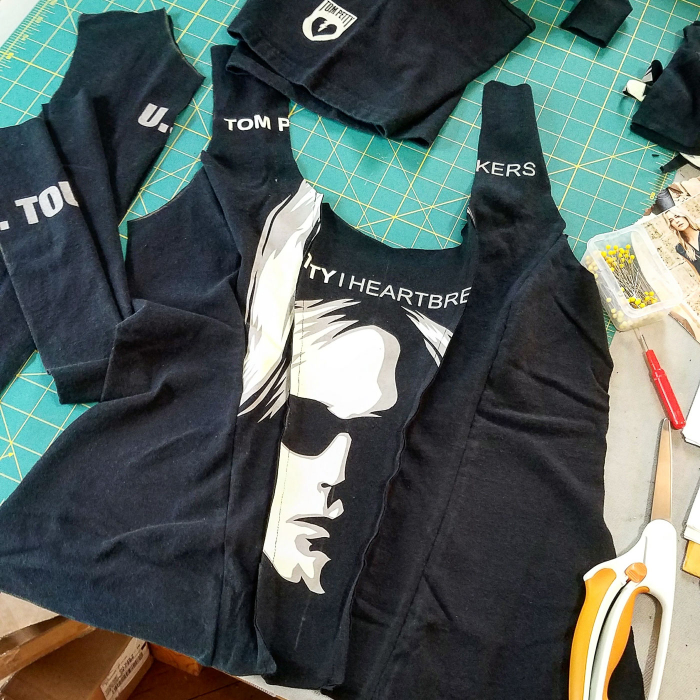 I'm using a Tom Petty & The Heartbreakers concert tee (US Tour 2005) that I picked up at a thrift shop a while ago. I've only finished one other Corset, so far, and that was also from a concert tee (Hootie & The Blowfish)! I made a little modification on this one to raise the neckline about a half-inch. 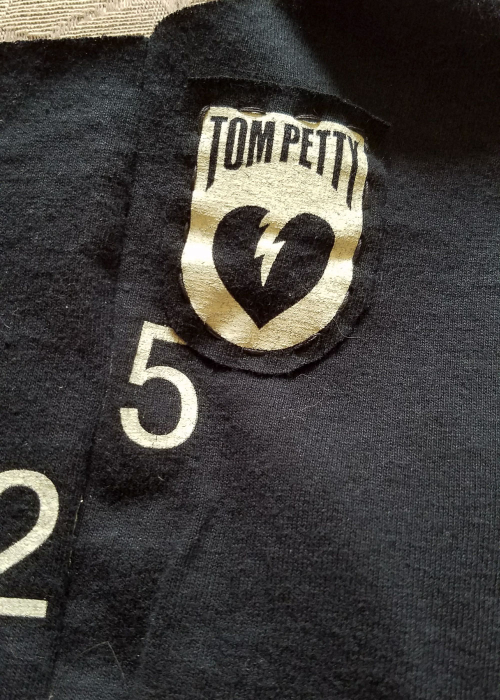 I accidentally snipped a hole on the back when I was cutting, but used this detail from the sleeve to patch it. 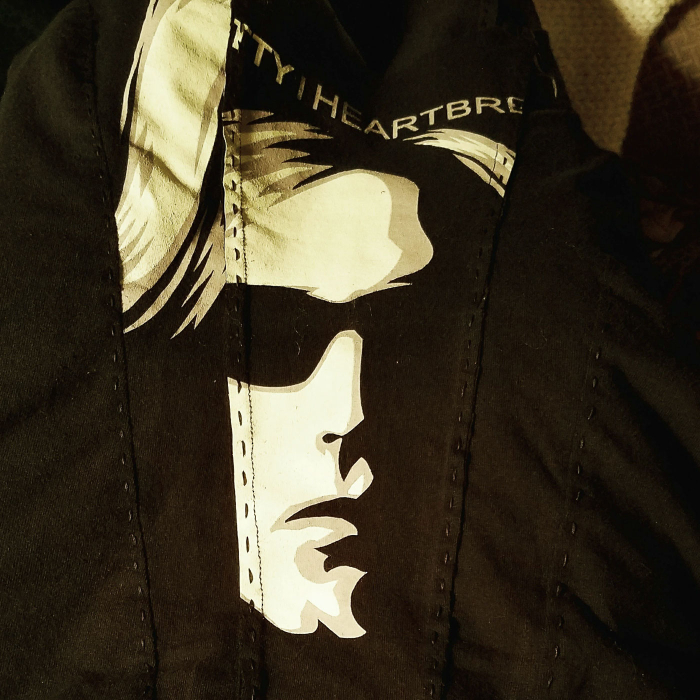 The pieces were sewn together by machine, finishing is being done by hand. I think the felled seams give Tom a sort of Franken-petty look!

It's a little snug, but I love it... incentive to keep collecting those "5" stickers at WW! I've got three, so far, and even though I was up a bit last night... still going down! Ali spent two days (and sent countless exasperated Snapchats) making an Opera Cake for Mother's Day... what kind of mother would I be if I didn't have a piece or three?? That's over now, and I'd like to hit -20 by the time we depart for Spain.

Love your garden Spicey! And the concert corset looks fabulous.

The Garden Spicer is too, too funny - love it! And the Opera Cake sounds AMAZING! (and a lot of work). Alabama Chanin...what can I say, I am smitten with the patterns, clothes, etc.

Spicey just makes me laugh and I'm glad he's starting to run! You're too funny. That Opera Cake looks amazing!!

Your garden Spicey in/among the bushes is just great! Tom is looking pretty good, too, and I bet he'll look great when worn. Your potato bed looks the best of all; that soil looks so good I bet you and your potato helper will be digging up some wonderful ones!

Garden Spicey for the win! Kinda makes me wish I had a garden.

I finally got to watch last Saturday night's SNL skits with Melissa McCarthy ... your Garden Spice-y is just as fun! and I LOVE that corset. The Tom Petty concert shirt seems pretty perfect for it.

That Spicey garden! LOL And, you have the best potato planter!! (And, your Alabama Chanin corset is awesome!!)