On the way to Spain: Ireland stopover (Day 1)

I'm back!! Everything went smoothly until the very last bit of the last flight home. Weather was a problem, causing back-ups and delays at O'Hare, and the powers-that-be diverted us to Detroit. It all went south from there for a bunch of reasons and, after several (overnight) hours of waiting, we ended up taking a train to Chicago and making our way from downtown to O'Hare to fetch the car and drive home. Soooo tired. It was a struggle, and we frequently switched drivers; we arrived home at 7 pm and I was in bed by 8!

I ended up taking half the day off on Friday to do the things I'd intended to do on Thursday (fetch Maddy's vehicle, reinstate insurance, reactivate mobile phone, unpack, do laundry, etc). I did some other errands on Saturday, and on Sunday I had an unplanned but well deserved Pajama Day! I didn't even venture outside far enough to see if the paper had arrived... I found it this morning in the driveway.

Anyway, here's the total of my luggage for a one-week international vacation! The tote was my "personal item" while traveling, and the suitcase is carry-on size; I checked the suitcase only on the return flight home, as Maddy had to check her backpack, anyway. I folded & packed my new Baggallini Medium Avenue Tote inside my suitcase for my everyday running around purse (so many ways to carry that bag, including cross-body). I plan to do a more detailed post about What I Packed (used/didn't use), but this is the lightest I ever packed for a trip of any length in my life! Our flight departed O'Hare on Tuesday evening. Kate & I both worked until noon that day and she picked me up right from work; we arrived with plenty of time to spare, and that's always better than the stress of rushing! 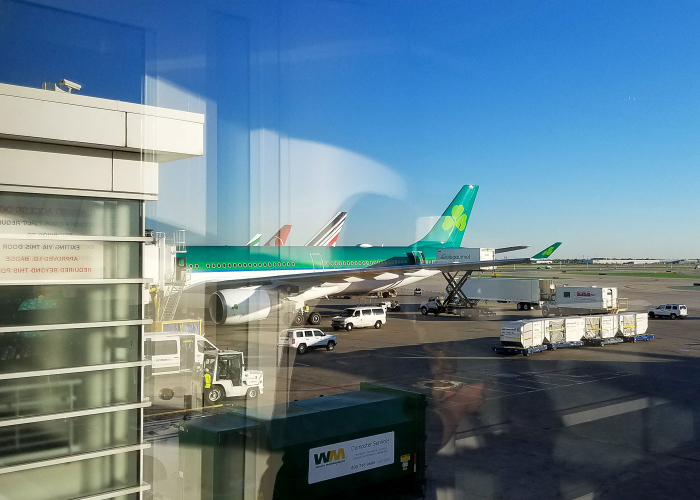 There was a 24-hour layover in Dublin on our itinerary, and we took advantage of that! (I got a new stamp in my passport, too.) We'd booked a room in a hotel at the airport, took the shuttle over and they allowed us to check in upon arrival on Wednesday morning. We freshened up and changed clothes, and then hopped a bus into the city.

There was a little panic & confusion and we ended up getting off the bus a bit too early, so there was a metro ride involved, too! Haha!

Our first destination was the Irish Museum of Modern Art to see the exhibitions As Above, So Below: Portals, Visions, Spirits & Mystics and IMMA Collection: Freud Project. The museum is housed in a portion of the former Royal Hospital Kilmainham, which is an astounding property. It was interesting to imagine the gallery rooms as hospital rooms (they were quite nice, with lovely windows!).

This was one of my favorite exhibition pieces: 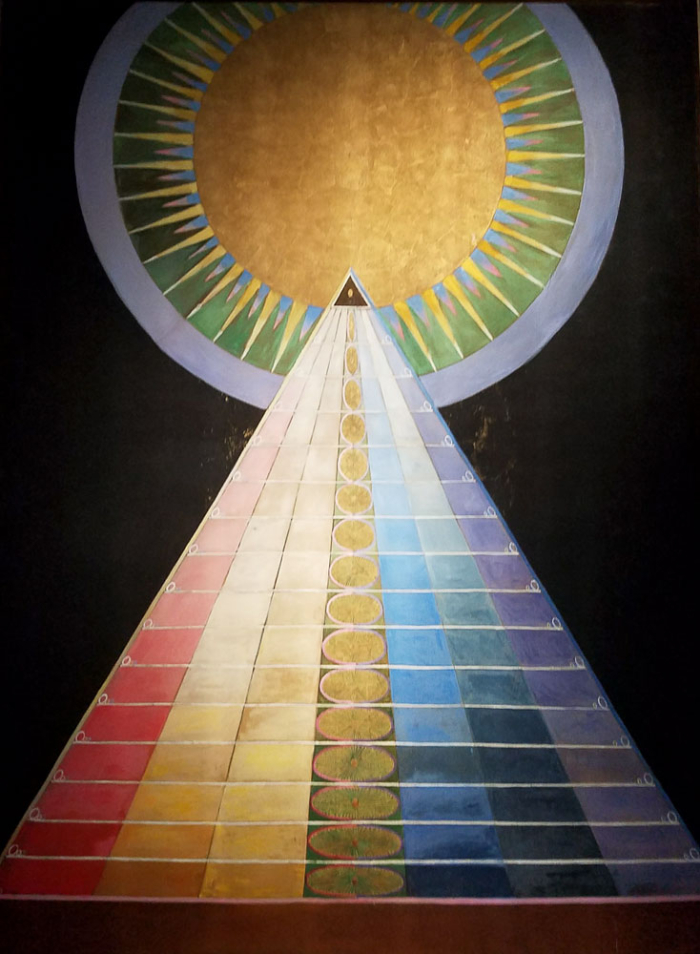 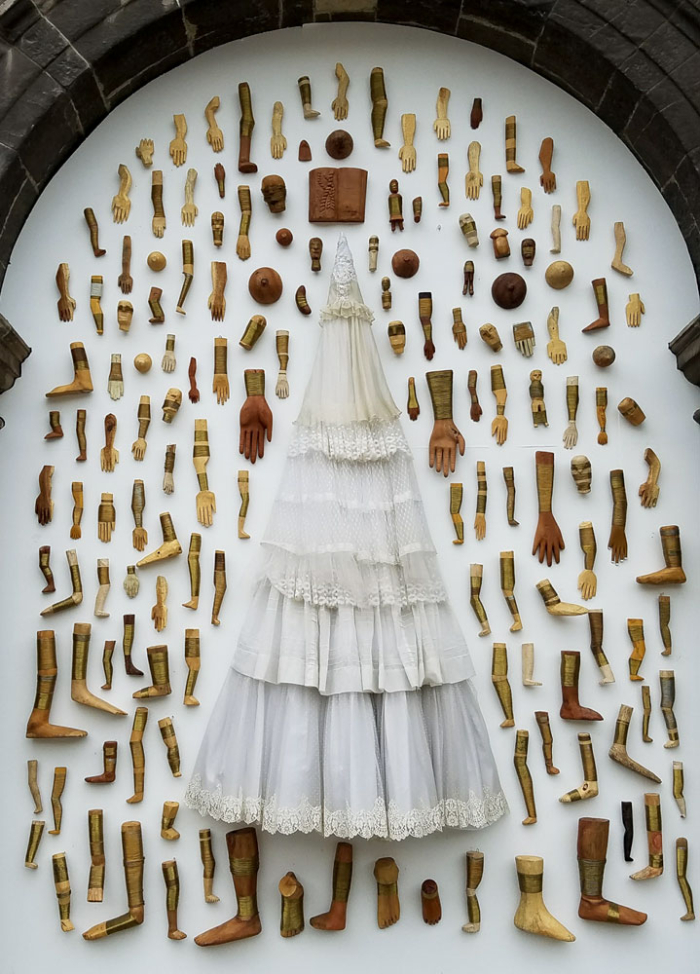 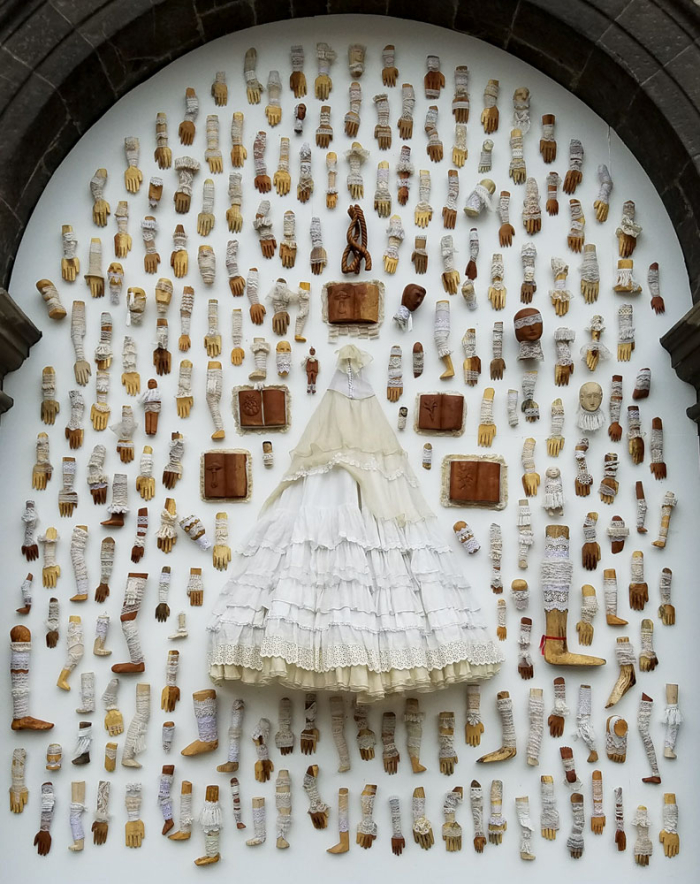 But these! All this!! This was an installation outside of the museum by Brazilian artist Stephan Doitschinoff (you can see the panels in the photo of the building above). 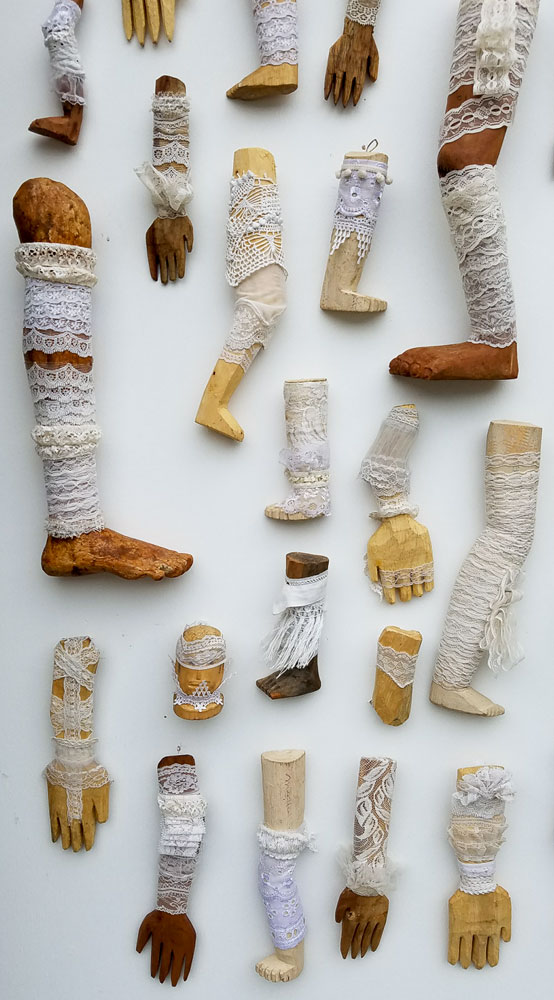 He speaks about the work in the video about the exhibition below (at about 4:23).

We sort of rushed through this art museum (in what turned out to be a recurring theme) because we had tickets for The Book of Kells. Turns out we needn't have rushed, as they weren't particularly strict about the time at TBoK -- as long as our ticket was dated that day, we could have gone at any time. Oh well. 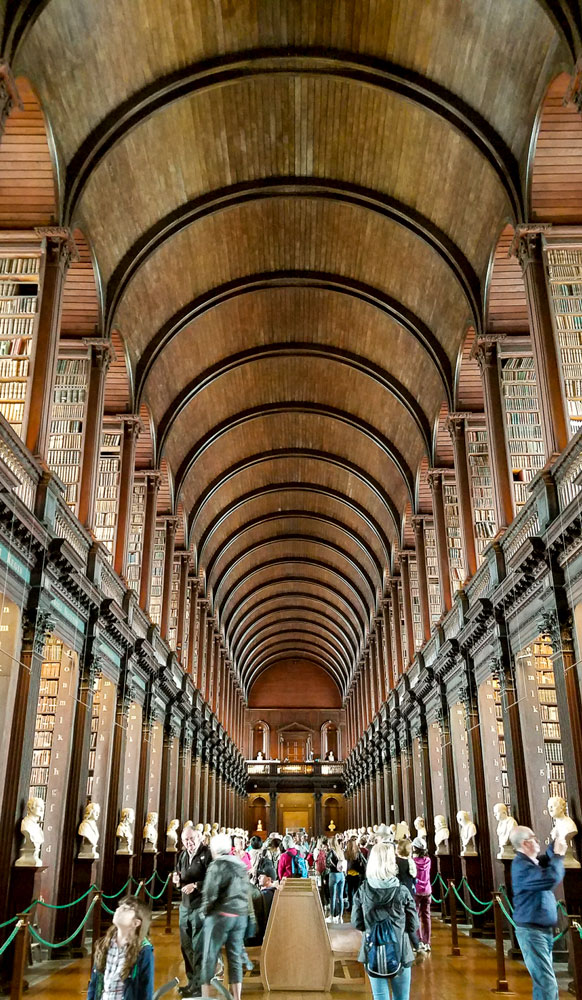 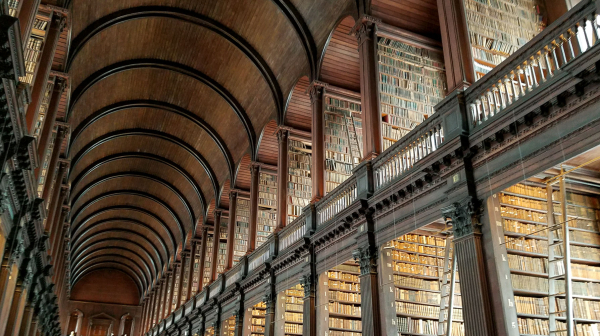 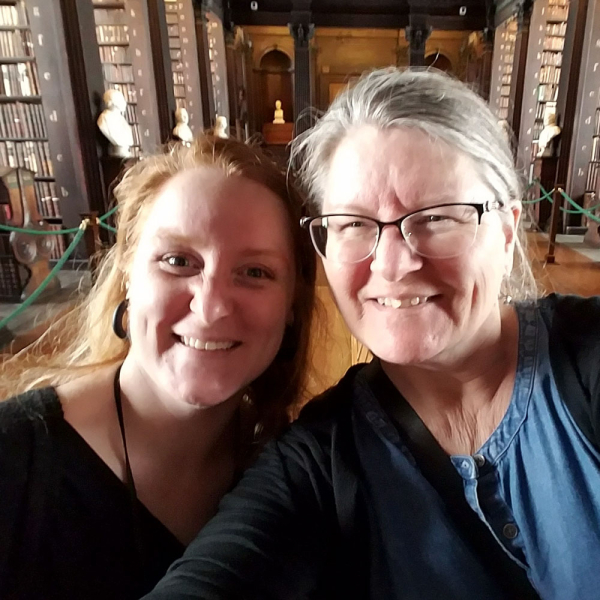 We were positively agape in The Long Room, but pulled ourselves together for a selfie.

We weren't far from the National Gallery of Ireland, so walked over there, too. They were "between" things, preparing for the opening of a Vermeer show (which would have been wonderful to see), but we did enjoy the Margaret Clarke exhibition.

I didn't realize, until it began to rain, how lucky we were that it wasn't raining as we made our way about Dublin, as that had been the forecast. We ducked out of the rain and into a pub for some grub and beer. Kate had Irish stew and I had shepherd's pie -- it was delicious!!

We made our way back to the hotel. I had a message from Norma, who was also in Dublin that day (life is so weird sometimes)!! And we were up super early on Thursday to catch our shuttle for the flight to Spain!

Looking forward to seeing what you packed in that carry on. I'm taking one to Italy in September and have started buying clothes. I have two ex officio skorts a black and a green/gray plus ex officio underwear ...that's it so far. I am searching for things that are wrinkle resistant and can roll into a small packet...need help with tops/pants/sweater. Supposed to be warm but I should be prepared for cool too I guess....yikes. This is the first time I have packed light.

That getting home part sounds dreadful but I guess if things have to go wrong when traveling it's better when they happen on the tail end of things. Your photos so far are awesome and I'm looking forward to more.

I am completely agog and agape at the photos of The Long Room. Just WOW! The exhibit reminds me of the "milagro" charms I saw throughout New Mexico. The carved wood arms, legs, hands and heads wrapped in lace touch my heart. Beautiful.

Oh yay! I absolutely love your travelogues and this one is off to a delightful start. I'd never think to plan a 24 hour layover, but what a great idea - and wow - you saw so much! (hope you have FULLY recovered from the planes, trains and automobiles disaster at the end - at least you were in fine, well-traveled company!)

Reading about your return travel on fb was distressing, and I wasn't even the one going through it, so I am glad that even Day 1 was wonderful enough to make it worthwhile. The Long Room fills me with awe, and I looking forward to more!

Oh! I've been waiting for this!!!! Isn't Dublin wonderful??? It looks like you got to see some wonderful exhibits! I need to get back -- because we actually didn't see the Book of Kells while we were there (even though we were there for 3 days! Just so much to do in the area . . . ). Packing "light" is just so FREEING, isn't it??? Thanks for sharing your trip with us. XO

The Long Room... stunning. Wow! But, that return trip from hell... Oy. I am glad you are back safely with Maddie!! :)

Glad you are back safely after a nasty (to say the least) return. but, WOW! Day 1 is/was amazing. The art exhibit is so beautiful - all those carved "parts" wrapped in lace...then The Long Room - breathtaking. And food!! OK, so I admit to drooling. Whatever....

Oh, I really want to hear about your packing and travel clothes success/challenges. My hubby and I are going to Oslo in August and need to pack super light for ten days. Ack! Looking forward to reading about your whole trip....

Re: your Baggalini bag. I was in the AAA Travel Store last Saturday in St Louis Park, and they had an ENORMOUS selection of Baggalini bags. The one you linked to is very similar to a purse I had 12-15 years ago that I loved -- exterior pockets on the sides and ends, plus interior dividers. I loved it so much that when it eventually died I bought materials to make another, which never actually happened. I seriously considered buying one like your last Saturday, but I have a Nantucket Bagg that is going strong. It has many interior pockets plus converts easily from a shoulder bag to a backpack, which is handy when I need to walk a distance with some weight in it. Their website looks like they have cut back considerably on the number of styles they offer, though, so next time it's a Baggalini for me!