Sunday was Mack's 12th birthday!! To celebrate, we visited Albufera National Park, just south of Valencia, for a boat ride and paella. Addy had already visited the park once on a school field trip. 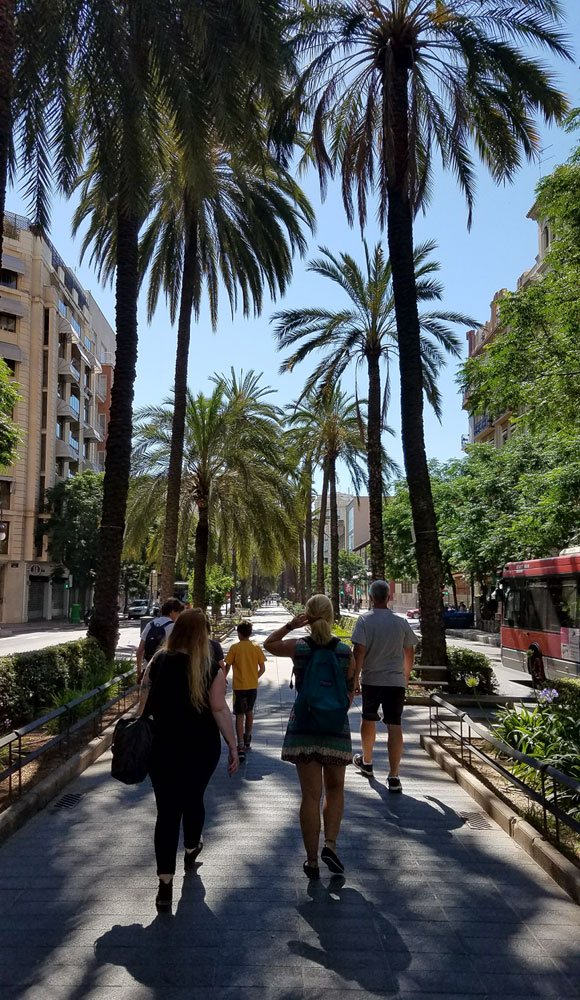 So, away we went to catch another bus! Ann & Brian don't have a car in Spain, though they were able to get driver's licenses -- something that most of their American co-workers have been unable to secure. Apparently, there is no reciprocal licensing relationship between Spain & the USA... but there is between Spain & Brazil and they were both licensed there! Incidentally, they rented a car just last weekend to take the boys to camp -- it's that in-between time when school's out but teachers & administrators still have to go to work.

It was a gorgeous day and the bus was crowded!! We stood most of the way. 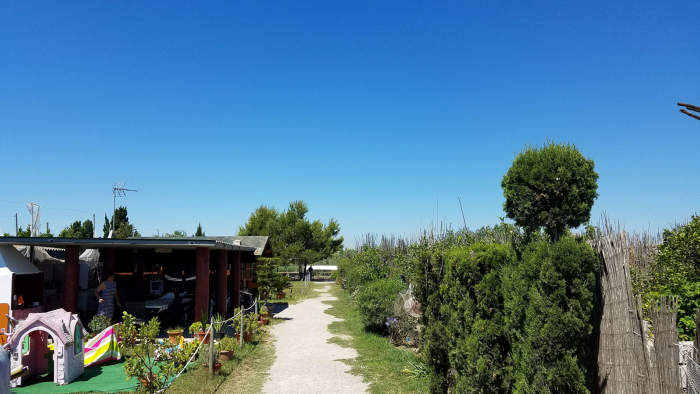 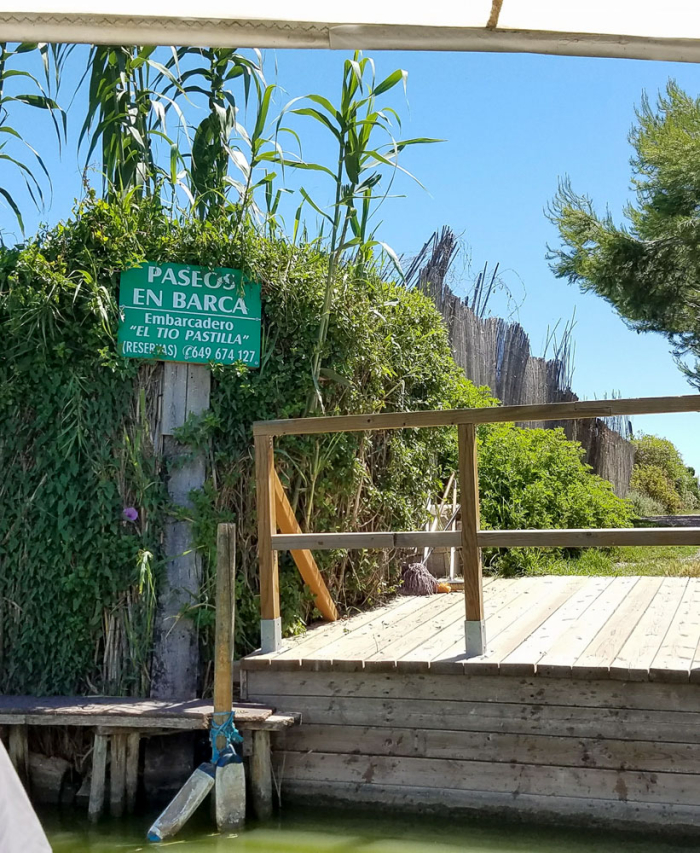 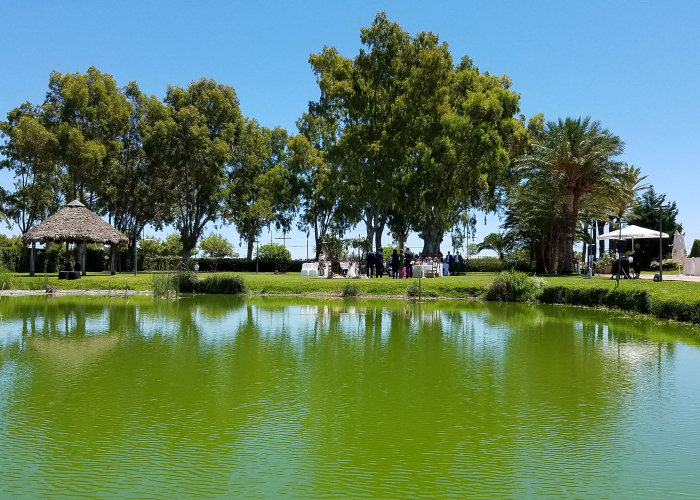 So, apparently the thing to do in L'Albufera is to go on a boat trip on Albufera Lake and then eat paella -- or vice versa! There are many establishments offering package deals. 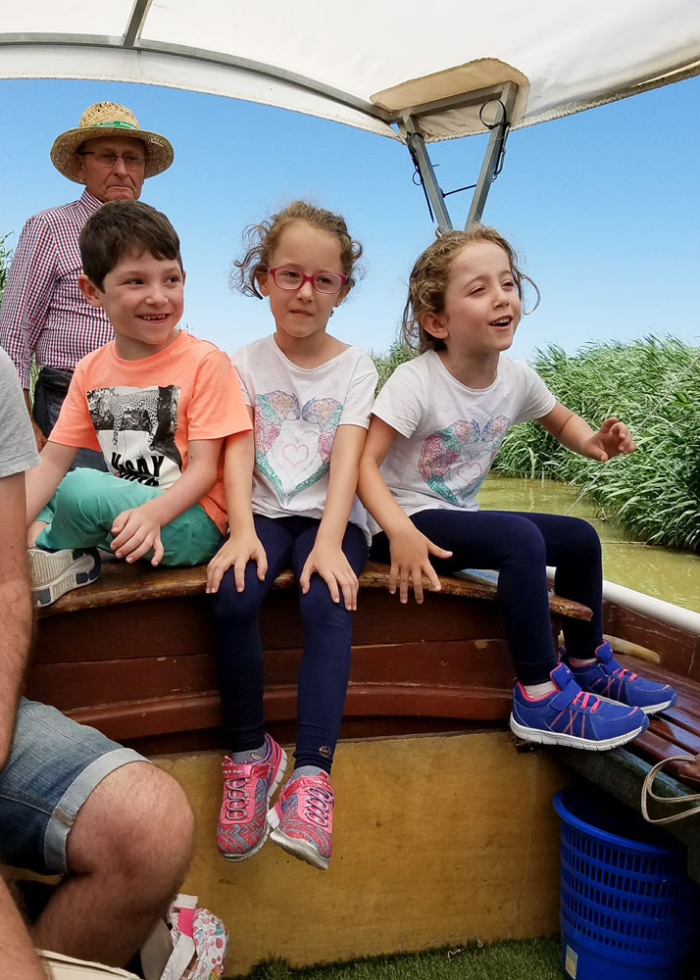 Our boat captain was this kindly old gent whose name I don't recall. He made a point of telling us that his grandparents came to Spain from Great Britain. He had fun goofing around with our three youngest passengers -- twins, at least, but we thought possibly even triplets. 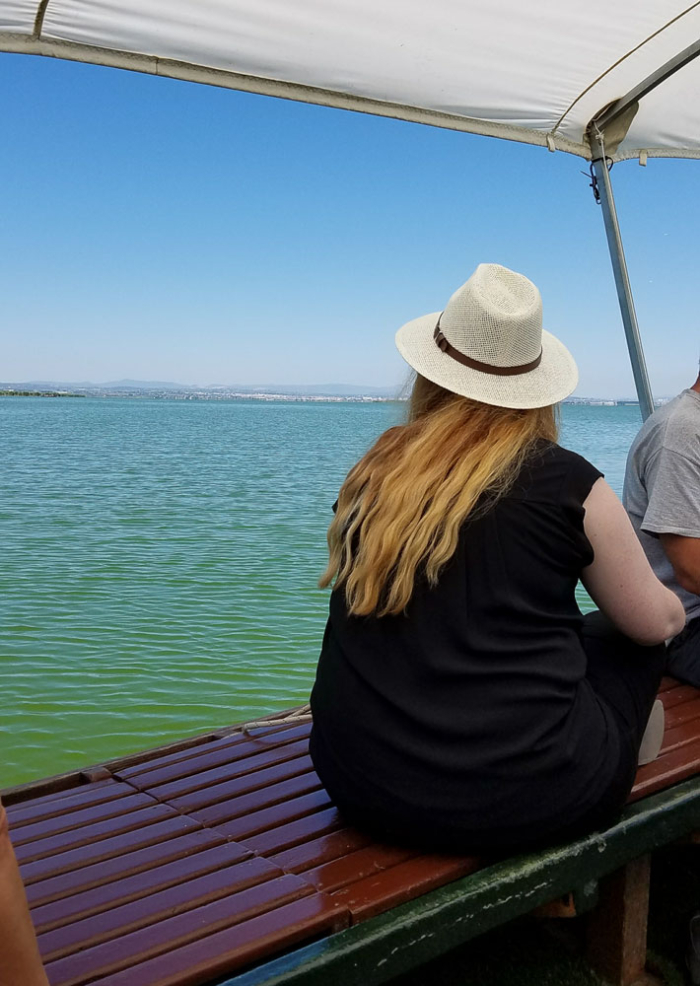 We saw fish and birds and lots of ducks & ducklings... patos y patitos! 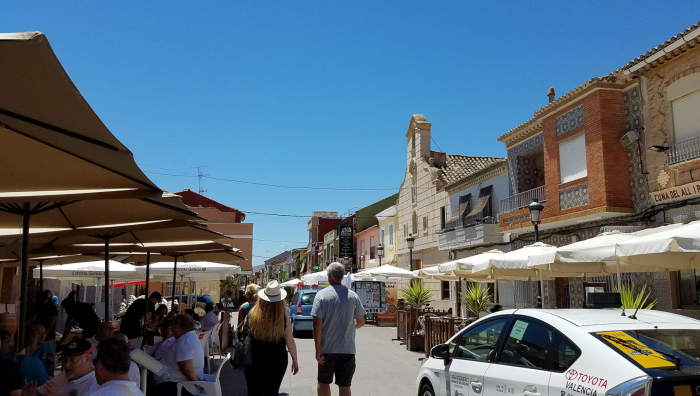 El Palmar is literally nothing but restaurants. There wasn't a convenience store or gift shop to be found, which I found astounding!! 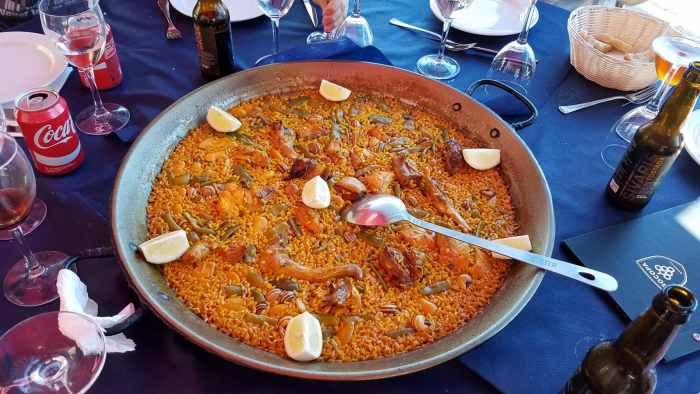 We had a very traditional paella -- Paella Valenciana -- which includes chicken, rabbit, and snails. Yes, I ate snails!! Between all the tapas restaurants we visited, the mercado, and this, I had octopus, squid, oysters and snails (a couple of firsts). Anyway, it was delicious!! 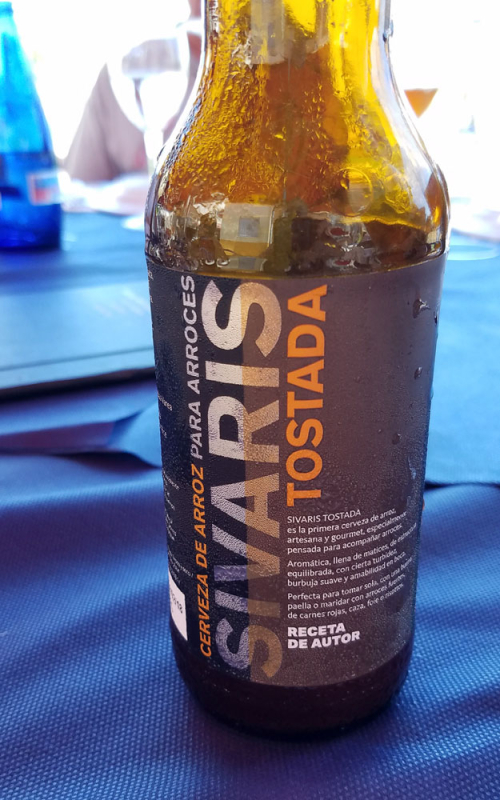 And another type of beer: SIVARIS TOSTADA is the first rice, artisan and gourmet beer, designed to accompany rice. Aromatic, full of nuances, balanced structure, with a certain turbidity, soft bubble and kindness in the mouth. Perfect to drink alone, with a good paella or maridar with strong rice, red meats, game, foie or risottos. (source)

We missed a bus heading back to the city, so had a long wait for the next one during which we sat in the shade (it was HOT!) and found some water at a nearby restaurant, and I mused (again) on the lack of convenience/gift shops because I'd have totally rather shopped while waiting. 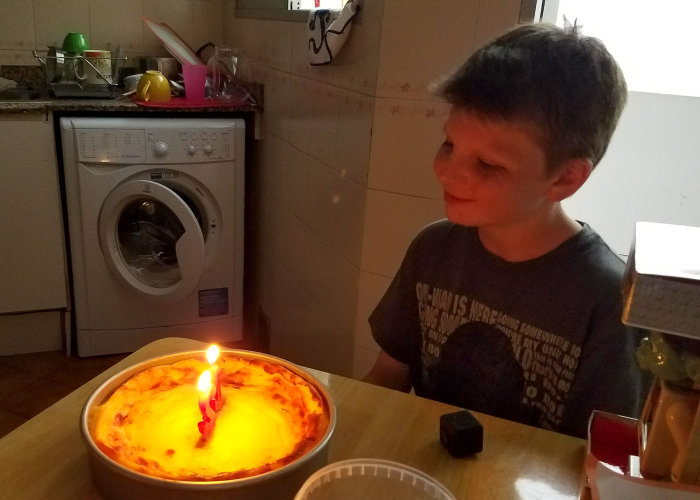 Annie had made the cheesecake before we left in the morning (with the graham crackers I'd brought for the crust). Upon our return, Mack's best friend popped over with a gift and we all sang and ate cake!! 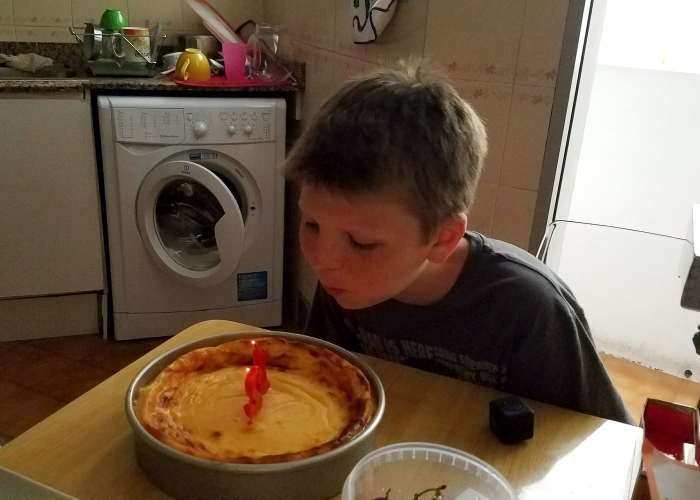 I can't believe this little baby is 12!!

The blue skies are amazing! And your paella looks AMAZING (I love snails). My (ex) SIL (from Chile) made paella for us once - it is such a delicious dish.

Paella sounds and looks like a great one pot meal. I'm glad that the recipe specifies to thaw your snails if they are frozen, and I love the beer description. Who wouldn't want a "certain turbidity" and "kindness in the mouth"? Mack may be growing up too fast, but he looks like quite a contented and happy 12 year old.

oh my goodness, quite the adventurous eater ;-) I've only had snails out of their shells with a bath of garlic butter (in other words, it was hard to tell they were snails!) but I do think that dish looks amazing! I'm a much more adventurous drinker for sure ... despite the quirky description, I'm sure it was the perfect accompaniment. and whoa - 12 years flies by, doesn't it? He is looking quite grown up!

Those skies! Wow!! And, that paella looks so good! I would have eaten the snails too, so you are in good company! Also, Happy Birthday to Mack!

All your descriptions and photos have me wish I was there too.
Plus I have not have paella before -- it sounds . . . interesting. Snails and rabbit, oh my.
(P.S. Have you wore your homemade A. Chanin clothes yet?)

Oh. Paella. I love it so!!! What a great day . . . except for the missed bus and no shopping. And how wonderful that you could be there to celebrate Mack's 12th birthday. (My. Time really does fly.) XO

The Paella looks SO GOOD and all the food sounds delicious. Rice, fish, beer...just heavenly. How would it be to be a world traveler at the age of 12?!

I LOVE paella- I make it when my girls visit- Great tour guide with pix. I wonder if I can get that beer in America?

The wedding picture is amazing. And you said you weren't shooting a wedding this summer!

Fun to relive. I was telling a friend about the upcoming Auntie Camp and she thought I was saying anti-camp. Maybe!