It was pretty great as far as holiday weekends go!

Rusty & I walked down to the farmers market on Saturday morning. On Saturday evening, we went to a friend's art opening in Oshkosh. In between: 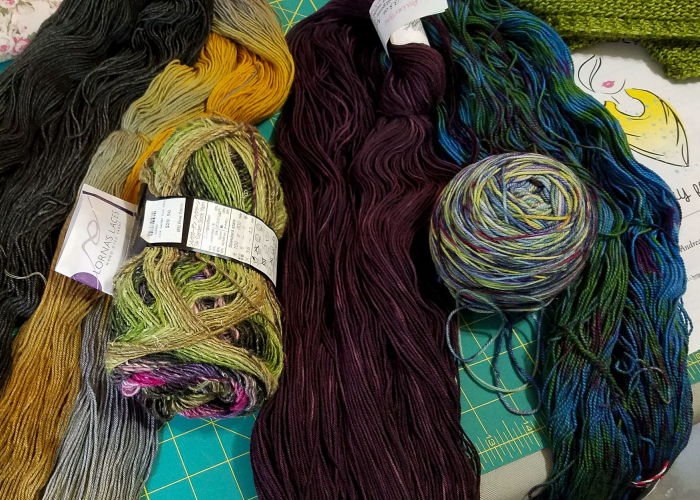 I contemplated a Fade. 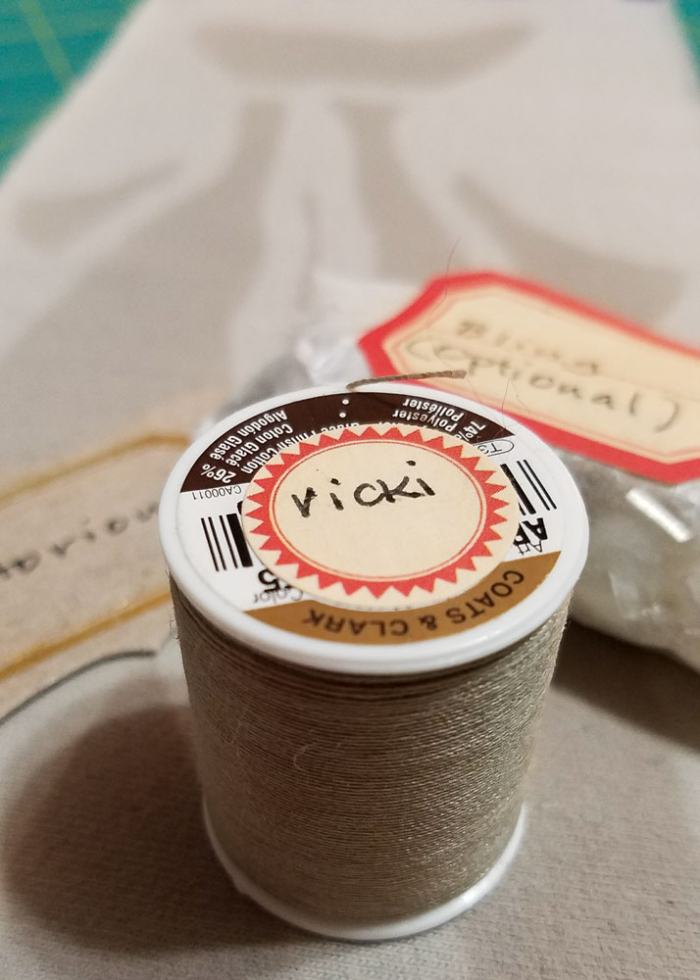 And I contemplated how to "bling" a fish. 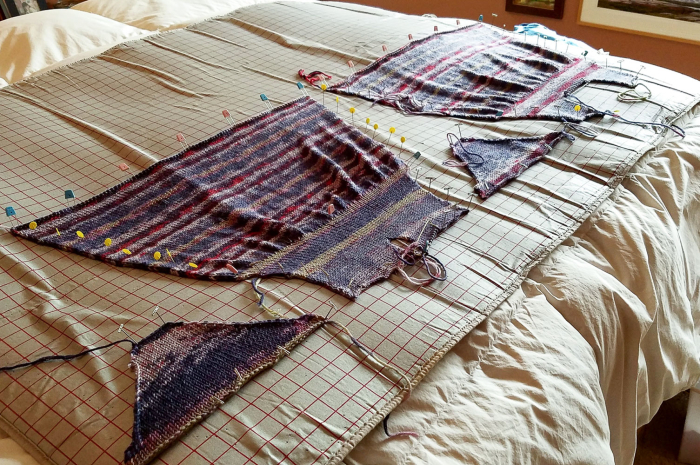 And I washed & blocked some knitting!

Ali & I had talked about taking the kids to Kites Over Lake Michigan, but it was raining by the time she was finished at the market... and also pooped.

Instead, I decided to take the kids to Mulberry Lane Farm on Sunday -- gave her a break to do a few things (including take a nap). I think it was my first solo "outing" with both of them! It was a gorgeous day. 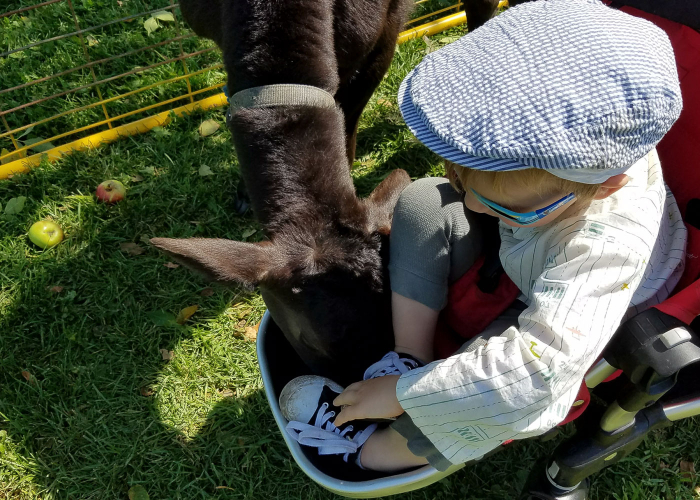 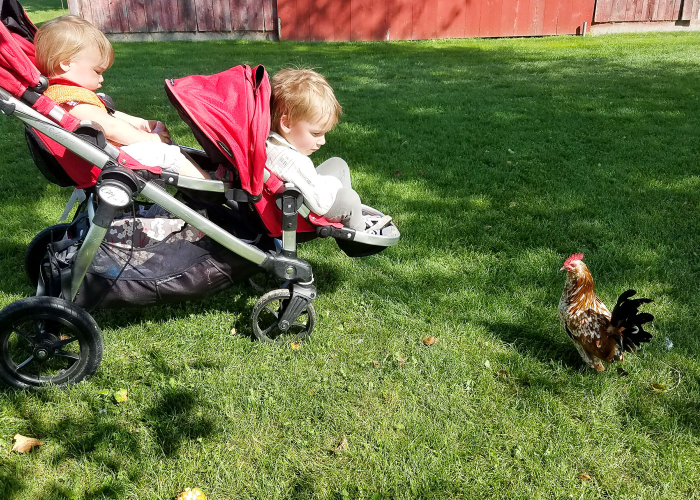 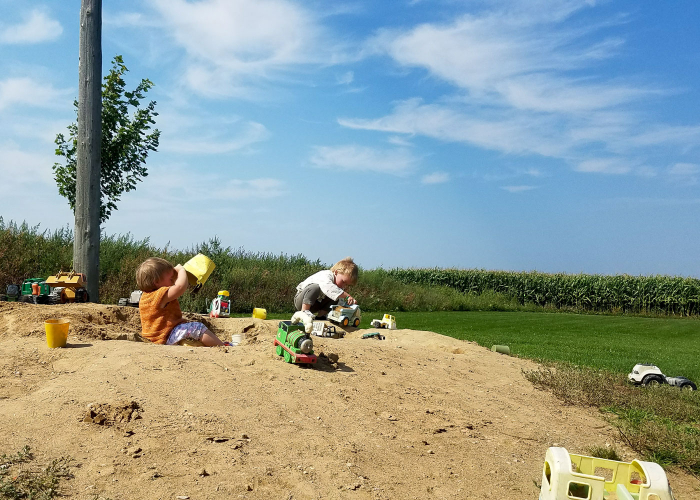 So much to see & do! I think that calf (above) was sniffing out some spills/crumbs in the stroller! There were chickens & chicks, a sow & piglets, a hog, cows, goats, sheep, geese, bunnies, a great hayride, pony rides (Jun wasn't interested in doing, only in watching), and a nice play area.

Ali came over afterwards and we spent a nice evening together. 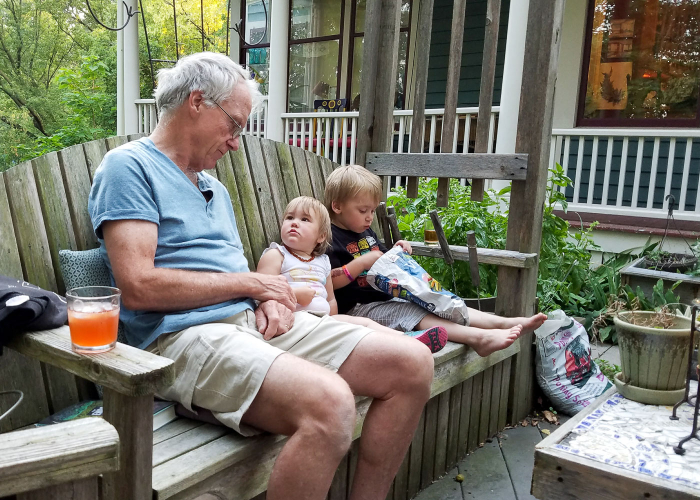 I stayed up late on Saturday night, setting in the sleeves of Gin's Beatrice Top. On a roll, I continued the sewing up on Sunday morning while I had my coffee. I found a button, crocheted a loop, and voila! It's finished, and delivered to Ali this morning. 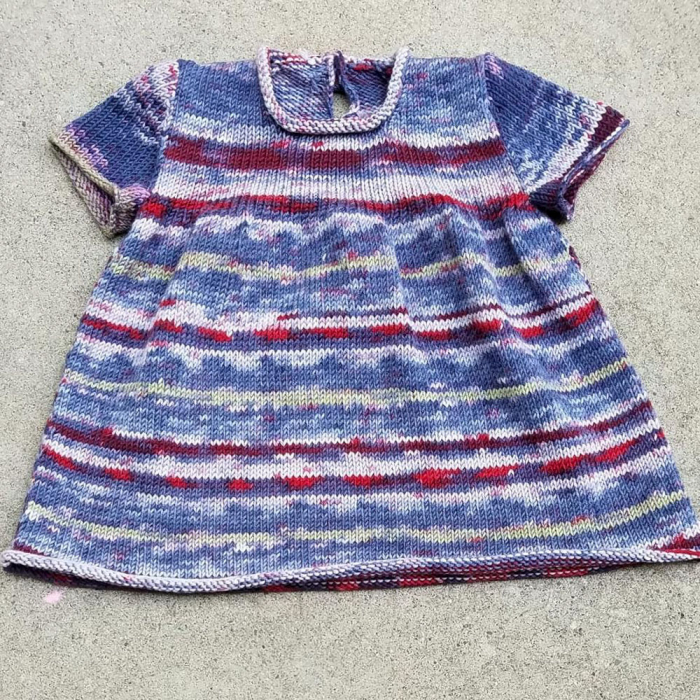 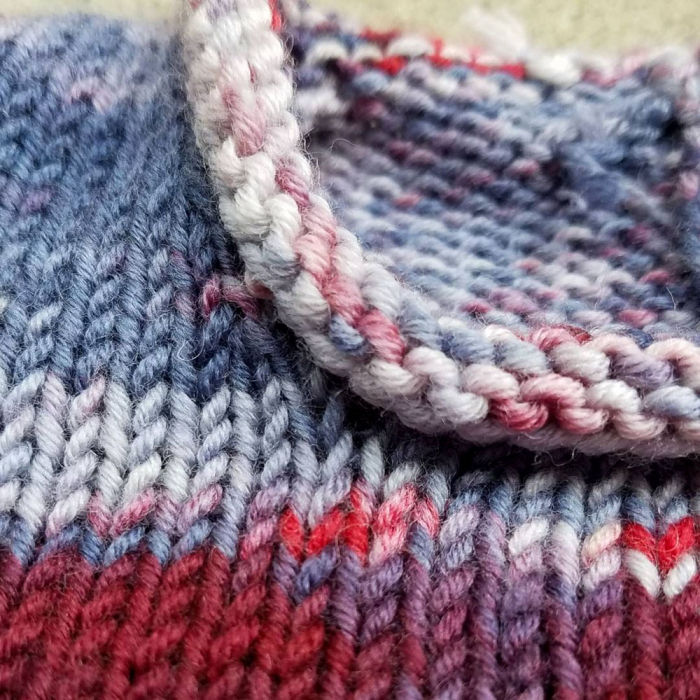 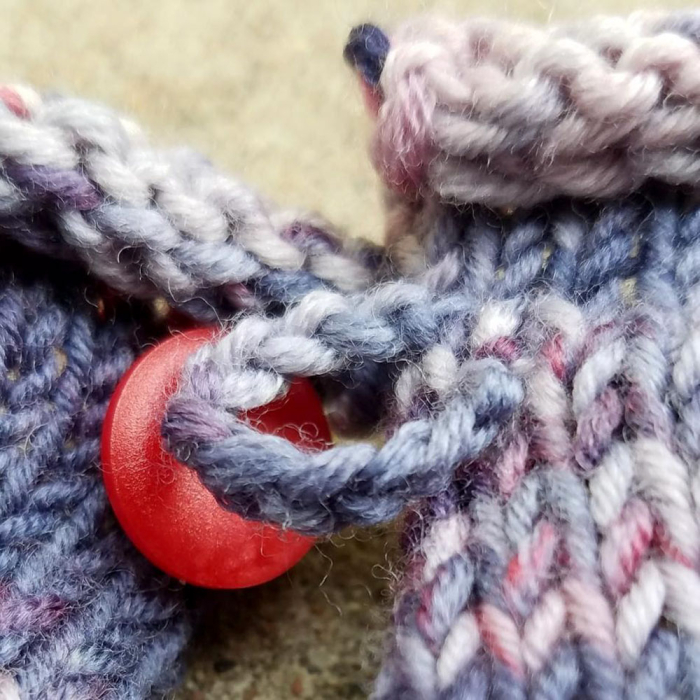 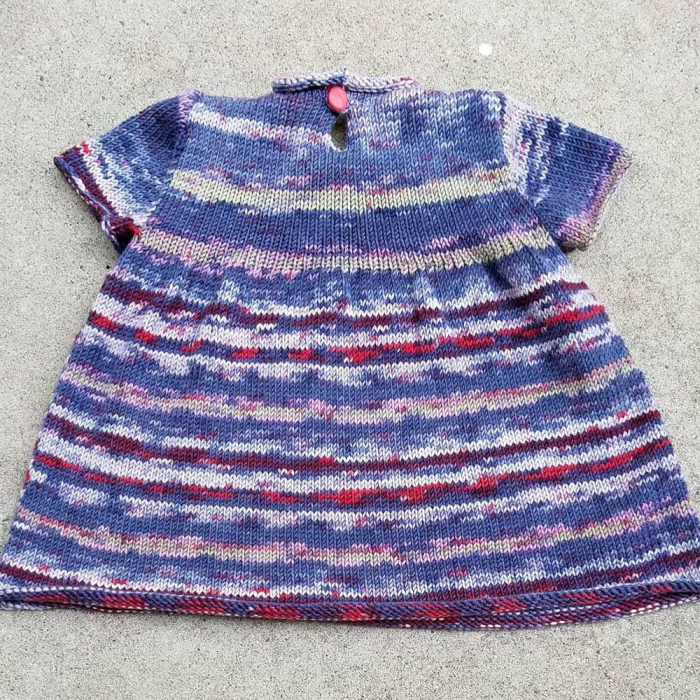 I love that rolled neckline, and the gathers are so sweet! I crocheted a chain for the button loop instead of making I-cord. It was really a fun little knit and I'll definitely make another... maybe a solid color. It's my first time using that particular yarn and I love it -- so soft! Also, machine wash and dry.

Bewitched by the magic that is mattress stitch, I found myself wanting to do it some more, so I pulled out... 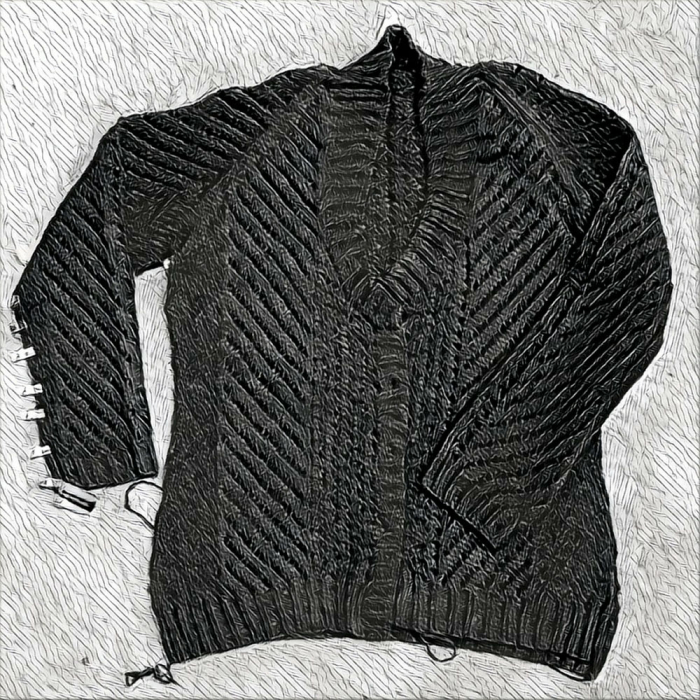 Oblique! This sweater is from Knitty, Fall 2007. Yes, 2007. I started in December of that year! The last time it saw the light of day was February 2010 when it was on my list of contenders for the 2010 Knitting Olympics (my event was "finishing"); I'd made progress, but it didn't cross the finish line. And it's been sitting for over 7 years! It's not going to fit me anymore, at least not buttoned up, but it's getting finished and it'll surely fit someone!!

Posted by Vicki on 05 September 2017 in Knitting-Baby, Weekending | Permalink | Comments (6)

That farm looks like great fun! I do hope we will get to see photos of Gin in that sweet dress some time. And Salt Potatoes! We lived in Syracuse for several years, and I often wondered why that deliciously salty, buttery treat wasn't better known. I've forgotten about them, but now with your reminder, I'll be enjoying them again soon!

Sounds like a full and fun weekend! Gin's little dress is adorable, I hope we see modeled shots eventually. I'm off to check out that Salt Potatoes recipe now.

I always feel "caught up" following you on Instagram, but obviously, after reading through everything (words + ALL the photos!) from the past three weeks, well, I missed a lot. I have yet to have both boys at my house without their mom, but I told Katie we'd be willing to try two nights sometime later this year. Your double-stroller walk (with the rooster!) makes me wonder what I was thinking! I love all the knitting (Gin's dress is a special favorite - modeled shots soon?!) and how fabulous that you have your own special store in St Louis. I was intrigued by your list of cities to visit as an adult (and was a little surprised you hadn't been to Denver - several of my friends' kids have moved there in the past two years and I predict you'll love it). as always, I love seeing "you and yours" and now - the connection to Wisconsin will be extra-special. Happy September, my friend!

Those Salt Potatoes sound deceptively simple and then, you want to keep them all for yourself! Not that I would, or anything.

Love the farm visit shots. Everyone checking each other out. So fun.

This post is full of so much fun! Your fade colors - intriguing, especially that skein of Noro!! And, I love that dress especially on Gin! It turned out so cute! And, bravo for finishing - even if it is a long time later! (PS I might have things that old laying around here that should get the same treatment!)

I love seeing those kids! That dress is just adorable. What a great weekend and you're pretty inspiring attacking an old FO! I haven't made salt potatoes in years...going to have to change that up soon!