As part of the ongoing/seemingly never-ending water & sewer re-do in the neighborhood, Rusty was asked to open a window to make it easier getting the new lines into our basement. Hopefully, that work is happening today; if not today, then tomorrow. 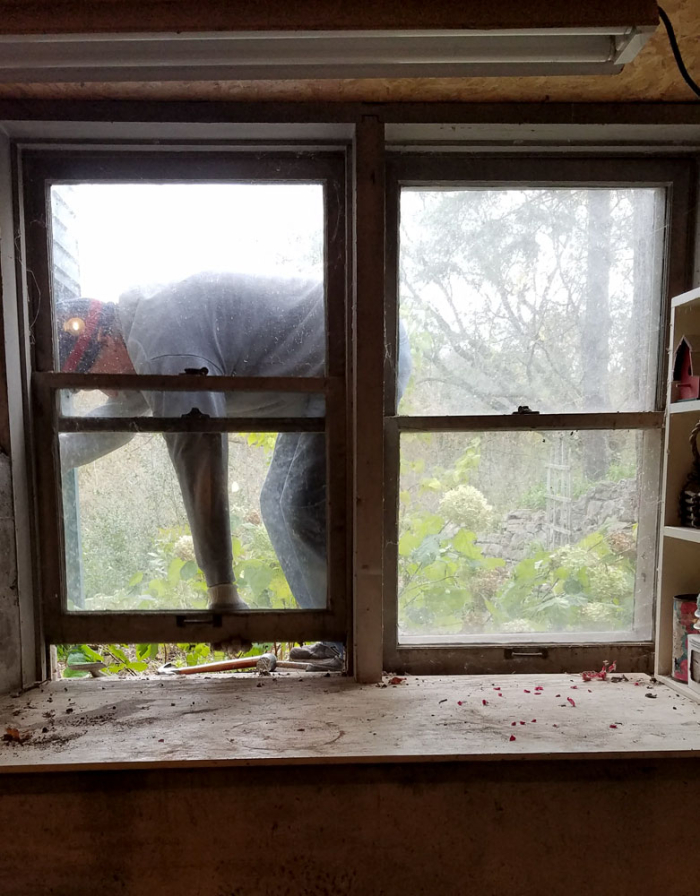 That window hasn't budged an inch since we moved in 30+ years ago! It took a little convincing & leverage, but it was done. I was amused when Rusty climbed up on the outside sill. That wall he's standing on is at least 3' thick. Crazy.

Anyway, as a result of opening that window, say hello to my new dye studio! Well, it will be. Rusty had to get a bunch of other/unused stuff out of the way for those guys, too, leaving a bit of a blank slate. I had eyed up a different room in the basement for this purpose, but there were a few too many strikes/hurdles. I didn't really even consider this area until now (so THANKS to the ongoing/seemingly never-ending water & sewer re-do in the neighborhood???), but it has everything -- natural light, water, power. It just needs some cleaning up & prettifying! Ya-freakin-hoo. I've been dyeing a bit more lately and it's such a PITA having to pull everything out and put it all away every.single.time. 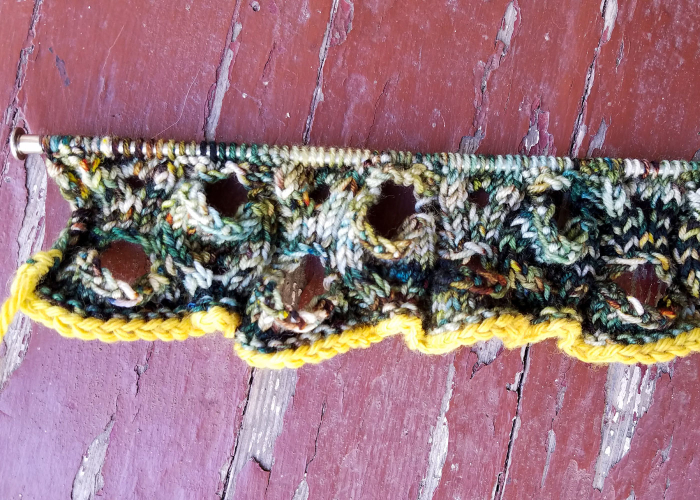 New project with little "windows" on the needles. 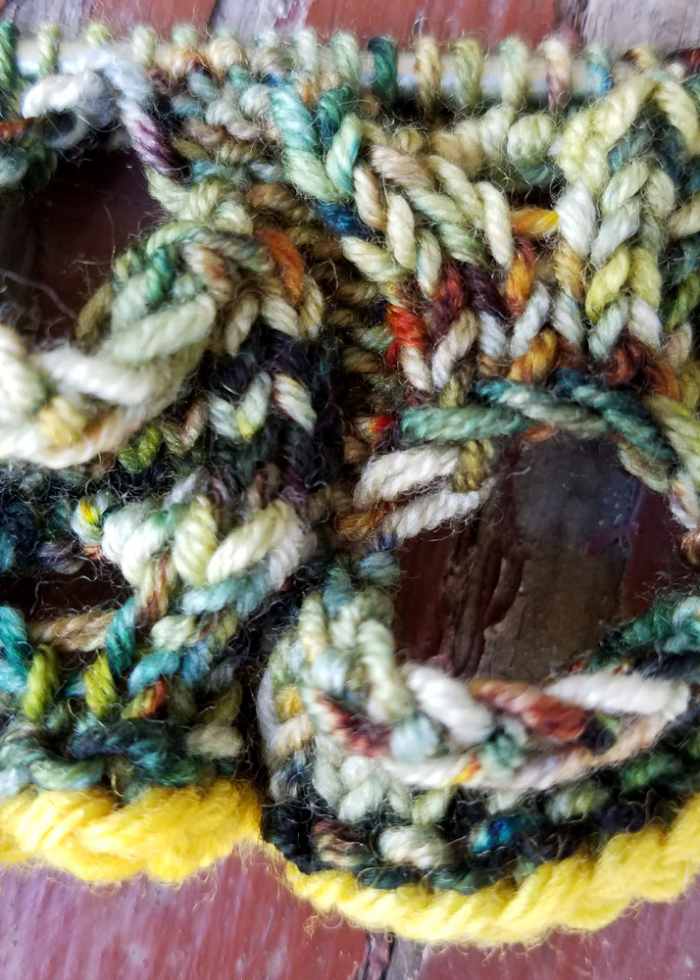 I'm not saying anything more about that now except hand-dyed mostly speckled yarn and, at the moment, I am living for the rare red-orange bits. More on Unraveled Wednesday -- which is also Day 1 of NaBloPoMo!! I'm actually bucking my usual m.o. of nearly 14 years (9th year of NaBloPoMo) and planning some posts in advance!

There it is, a window into my world right now. Hope you had a great weekend!

I love when an unexpected area of a home opens up like that! The house I grew up in had 3 rooms in the basement and it was really cool. My house now has a dirt cellar so it's pretty unusable and mostly just the home to many, many spiders.

I just read an article about the butterfly effect and this is a terrific real-life example! I never would have guessed that water and sewer work would lead to your dye studio, but I'm glad it did. I had to make some NaBloPoMo plans myself this morning, just to make sure I didn't use too many topics too soon. So I totally get waiting until Unraveled Wednesday and will be looking forward to red-orange bits and windows!

Love the butterfly effect comment -- so true! You will show us progress photos of the setting up of your new dye studio, right?

In our house we would say winning! (Oh that Charlie Sheen...) We have a scary cellar too...nothing happens there except the oil burner cleaning! Loving that yarn Vicki!

oh Vicki - that space is Awesome! I can't believe how much natural light you get in your BASEMENT??!! Love the sneak peak into your windows project, too - and yay you for getting a head start on the daily posts :-)

What a cool side effect of the endless digging and tearing up. I await the knitting disclosure on Wednesday.

The silver or colorful lining of the sewer work- the perfect spot for your dye studio!

We had a water project that took a day and I really thought it would never end. I can't believe how long your sewer work is taking and I'm so sorry they can't move any faster! BUT, A DYE STUDIO! That is freaking awesome! You'll certainly take full advantage of the extra space. Your project does have a butterfly effect (Bonny makes the best observations) and I'm looking forward to NaBlo to hear more!