3TT: The Randomness of Crazy Days!

It's a two-fer on 3TT because... CRAZY DAYS! Joining Carole and friends again this week for Three on Thursday... 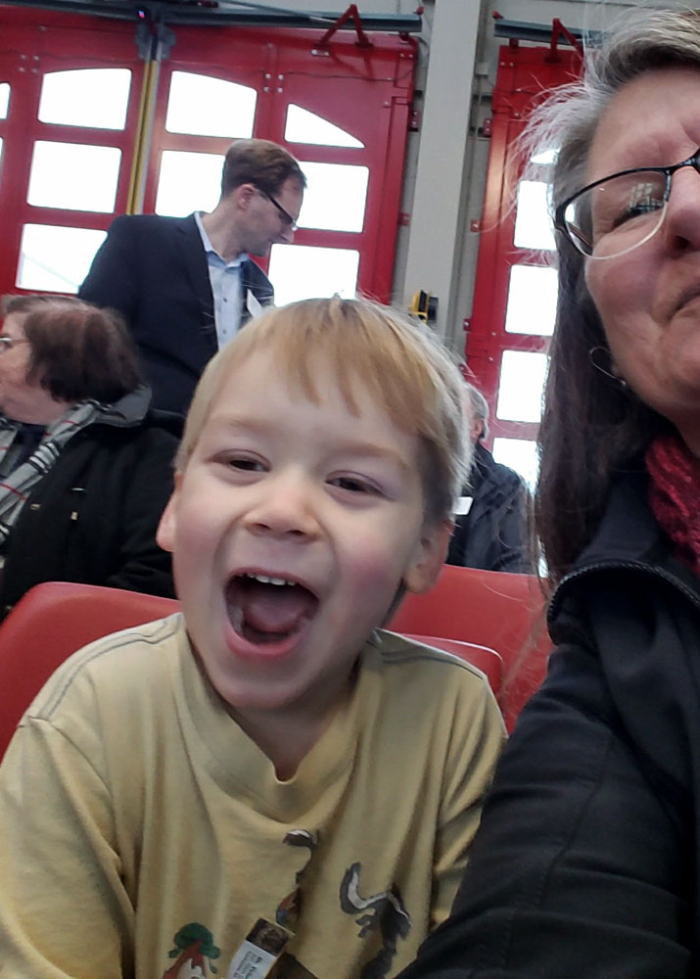 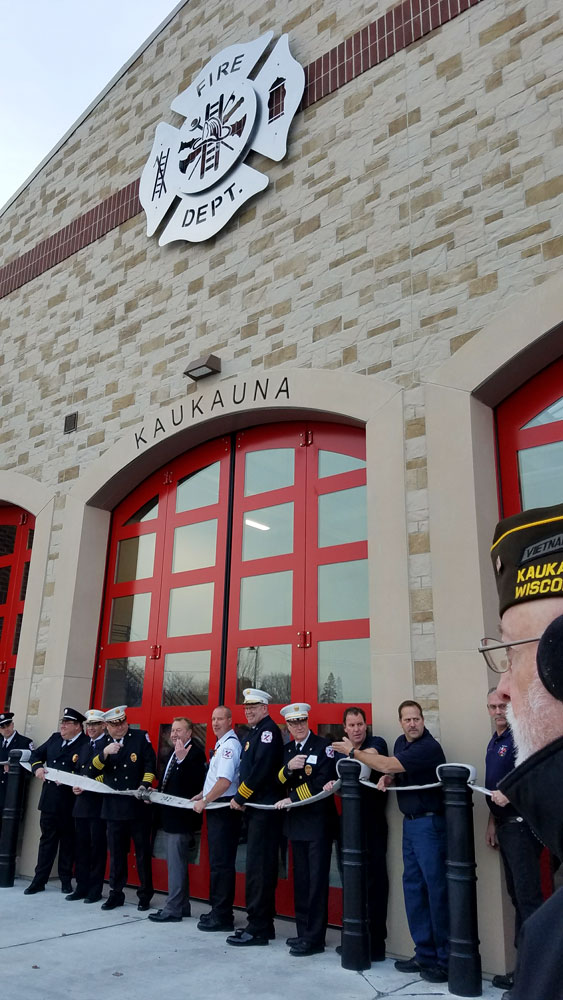 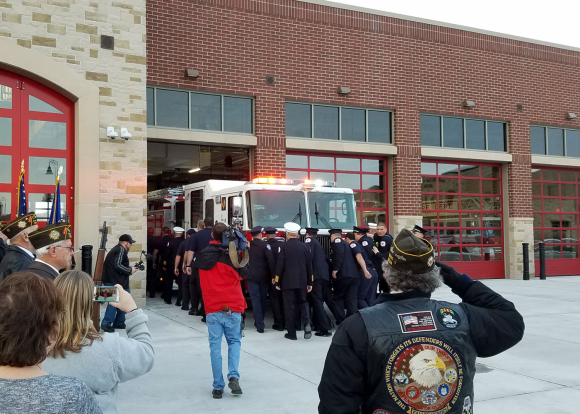 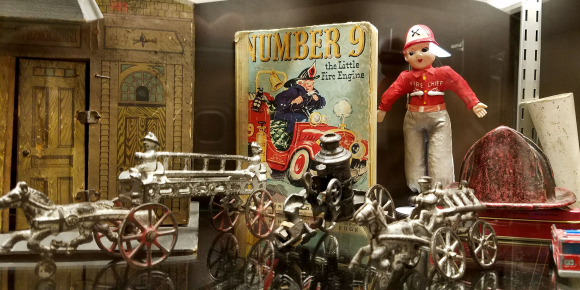 It was a once-in-a-lifetime sort of thing, and I've been looking forward to it for weeks!! Honor Guard, bagpipes, ceremonial hose uncoupling and fire engine push-back. It did not disappoint. Our new firehouse is gorgeous, and very visible in the community. Jün had to use the restroom at one point, so we got a little sneak peek all our own before the official open house craziness began. There are a couple of display cases in the reception area full of fire-related antiques and memorabilia. So cool!!

Also, yesterday, the "new" sink for my dye studio was delivered!

Not much has been happening down there yet, as Rusty's been busy doing some work for my stepdad at Mom's house to get ready for Christmas visitors. Soon, we will begin work on this (and on rebuilding the cupboard above the fridge)! 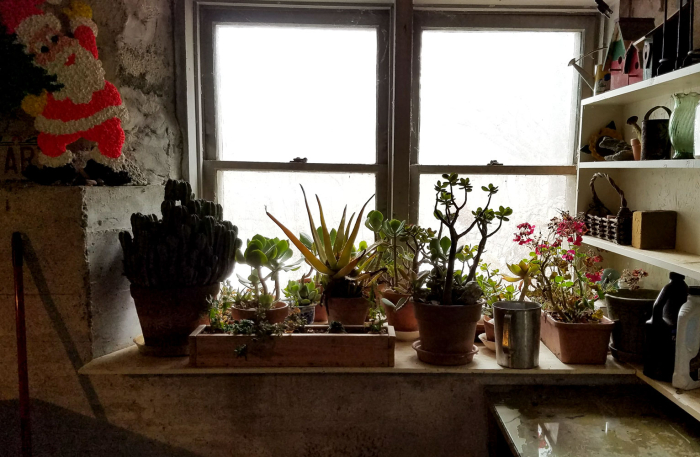 Junah came down to admire the sink with me and all of a sudden I heard him talking very excitedly about a tiny 'barrow! Ooops!! I forgot about that! We went back upstairs but he was not going to forget that he'd seen that little wheelbarrow! He started putting on shoes and gloves, talking about filling it up with dirt -- and WALNUTS - but snow, so we'd have to shovel that off first... and let's go get it... 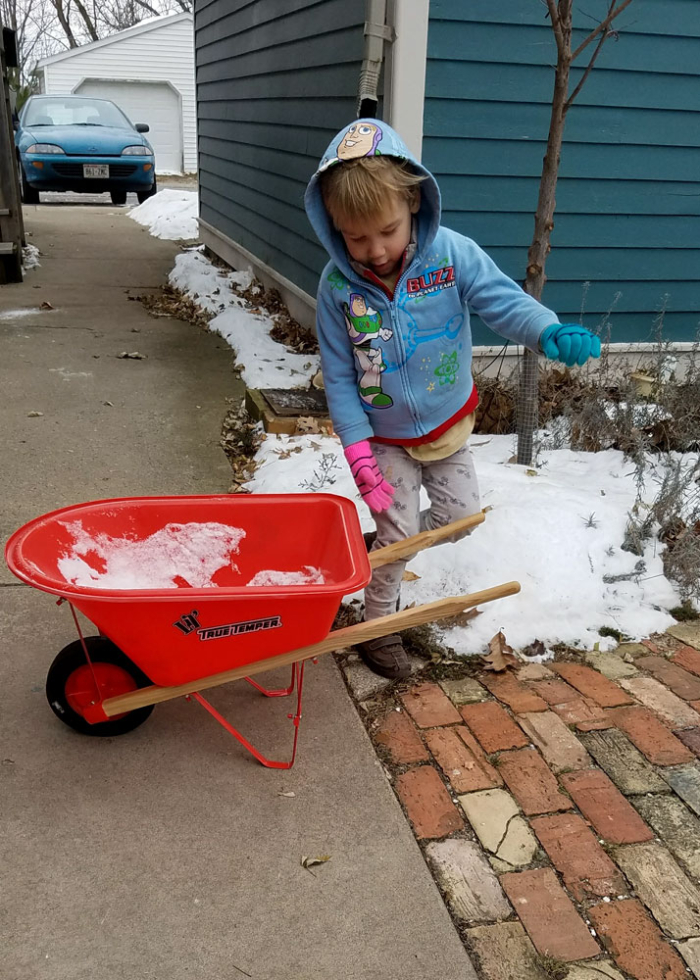 Luckily, he was OK with just shoveling some crusty snow off of the pergola deck and dumping it elsewhere! And now the 'barrow resides in the shed, leaned up right by Grandpa's! Realizing that I'm not Santa, so this is not as terrible as it might have been, I told him that it was supposed to be a Christmas present from us! Haha. I'll still clean it up and put a bow on it for Christmas... and luckily, he didn't see any of the other presents hidden down in the basement!

Wonderful adventure with Junah, though sad about the Santa present being found -- but that has happened for me once or twice and I know how it is to be quick with answers!
Santa does gets around.
Merry Christmas to you and your family.
Keep knitting!

That's so cute about Junah finding the present. And hooray for new fire stations. We have a new one in the town where I work and it's gorgeous.

What a HUGE smile on Jun's face. That must have been a wonderful day. So cool that they have display cases with antique memorabilia. Your new dye studio will be wonderful (love all the plants you have there). And Jun and the "barrow" - too funny! He doesn't miss a thing, does he?

I love the excitement here - from everyone for that new, beautiful firehouse, for your new dye sink, and for the little 'barrow. That is a great gift and it's pretty nice that Junah got to enjoy it before Christmas!

That sink! Wow! That is impressive and looks so fun! And, I am glad that you are quick on your feet with Santa! XO

What a treat to share the new firehouse with Junah! and that sink - wow! you are going to have a lot of fun with that ... I hope as much as Junah has with his new 'barrow :-)

The firehouse celebration sounds fun and Jün must have been beside himself with all the engines and such. Good recovery of the discovered wheelbarrow and the realization that you're not Santa. He'll be surprised and happy with all the "new" things Chrsitmas morning and will still love his 'barrow.

A 4-yo(?) is the PERFECT companion to attend a firehouse opening!