Unlike some others, I felt like January flew by. We welcomed the New Year, Maddy was around & then made her departure for NZ, Katie moved, Junah had a birthday, we celebrated our anniversary with a weekend in Elkhart Lake, we attended an art opening, a film festival, and a play... not to mention dentist & hair appointments, book club, knit nights, and a couple of movies at the theater!

January was probably my worst month on record in the "video everyday" department, but I managed to eek out (& edit) enough for an OK #1SE video.

I don't normally get too excited about February -- though it's the shortest month, it sure can drag -- but I do begin sense that we're making progress on our way toward longer, warmer days!

1 -- A long-awaited visit to Nashville with Annie! I'll have some free time (Craft South, Jeni's 12 South, Frothy Monkey, I am looking at you) and am hoping for a meet-up at one or all of those places; I'll be attending Ann's graduation from her program (yahoo!); and we have tickets for Blues Traveler at the Ryman Auditorium. I'm open to suggestions for other things to do & see -- our Airbnb is right in the thick of it downtown.

2 -- The Olympics!! And knitting -- Team Rules Schmules is already loads of fun!! Though I'll be traveling a little bit, I still expect to knit everyday and finish my shawl. I've also been sucked into the Bang Out a Carbeth vortex and am pondering yarn choices... I liked that sweater the moment I saw it, and I think it could work. 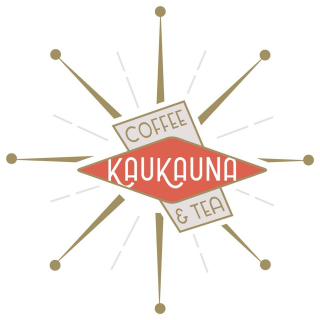 3 -- The Grand Re-opening & 9th Anniversary Celebration at Kaukauna Coffee & Tea (KC&T) on Feb. 16th -- nine years to the day that Ali opened the doors as proprietor! I am so sad that I'll be in Nashville on that day, but will certainly be following the celebration on social media.

It's funny how we have opposite reactions to the speed of January and February! You did a LOT in January, though, so I can see why it would fly by for you.

I like that Carbeth too, but I think I would make it a bit longer in length. Still pondering yarn.

NINE YEARS?????? How can that EVEN BE?????? Wow...
That Carbeth is so seductive. I'm thinking that, for me -- and the way I wear sweaters, the cropped thing might not be best. So I'm going to just sit on the fence and watch how this all turns out. :-)

What a busy person!
Continue to have fun.

Holy smokes! Nine years!? That's worth celebrating for sure. And I'm knee deep in planning a Mid-Century party and her logo just really caught my eye.

gah - I need to mash my December AND January videos ... I'm still amazed at how much we can capture in just one second! Have fun in Nashville - hopefully my sister and I will get to take a road trip there this year - her daughter moved there last summer. and Congratulations to Ali - KC&T looks wonderful!

I am laughing at the vortex! Those crazy MD girls...it's all their fault! And, I am suddenly so excited for the Olympics and all that knitting time! I am even wishing there was a day or two more of this crazy month!

Your January was crazy busy and I'll bet your February will end up being the same! THE RYMAN! Oh my, I'd love to be with you. I've only been inside when it's quiet, no group! It would be so fun to celebrate at the Grand Reopening party! You know I've always wanted to be a customer. Welcome February!!

You did have a busy January, and now are you hoping for a fast Feb. to get through the winter?
Ah, the Ryman, what a lovely place. I've been in it many times since living in TN the last 27 years.
Hey, I would love to meet up with you on 12th South street places, but bring your will-to-restrain for Craft South. It has so many wonderful ideas and selections of fabric and yarn.
The other two are nice too, coffee and ice cream -what a pairing - while knitting!
Hurray, it's February.