Weekending: At the movies
Right Now: Marching in 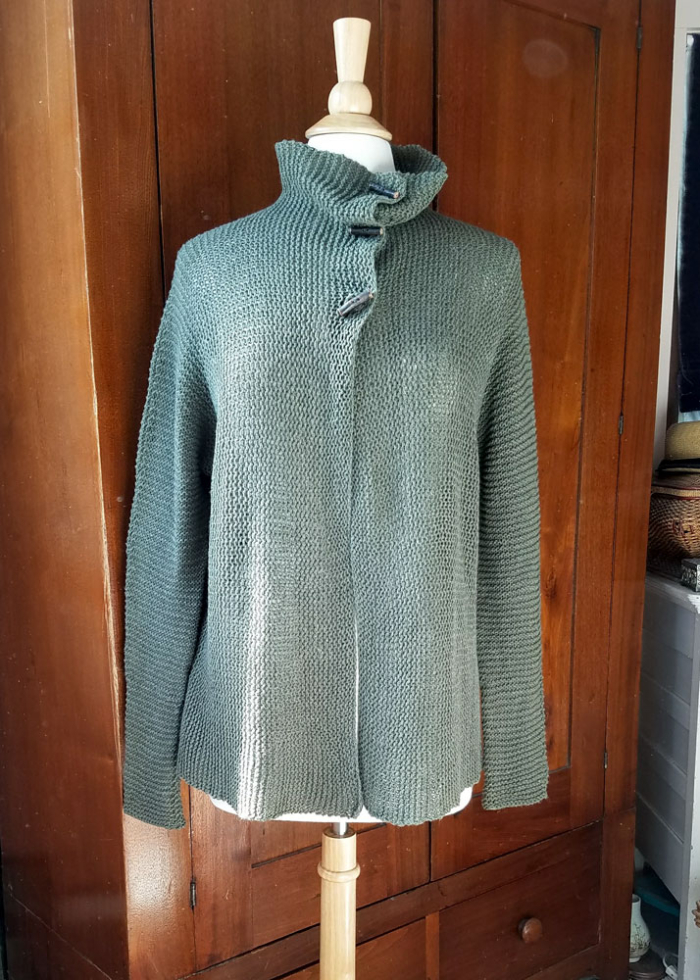 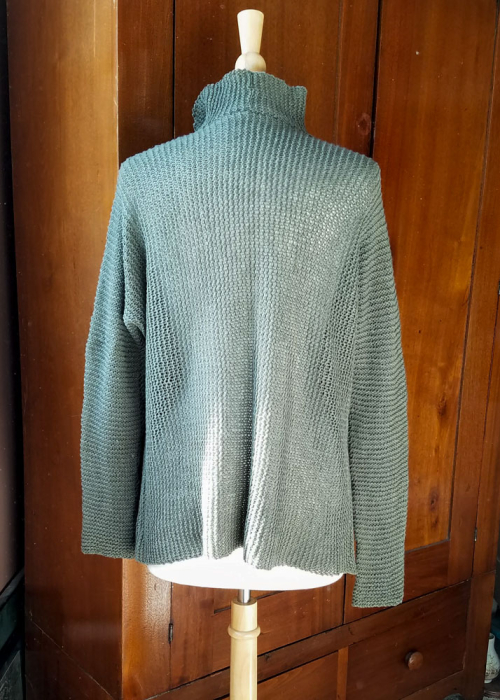 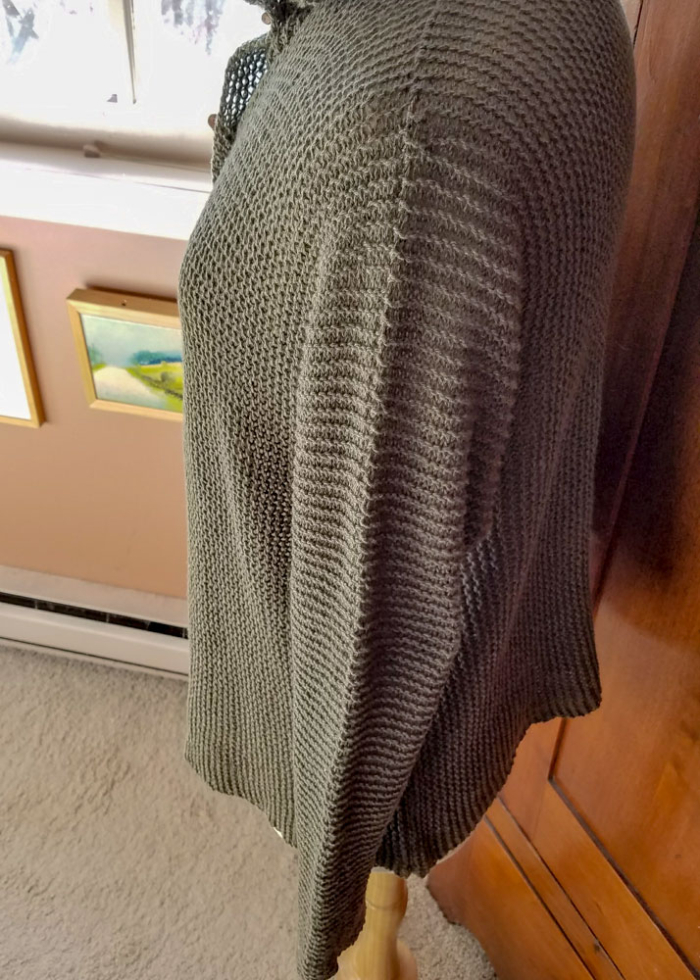 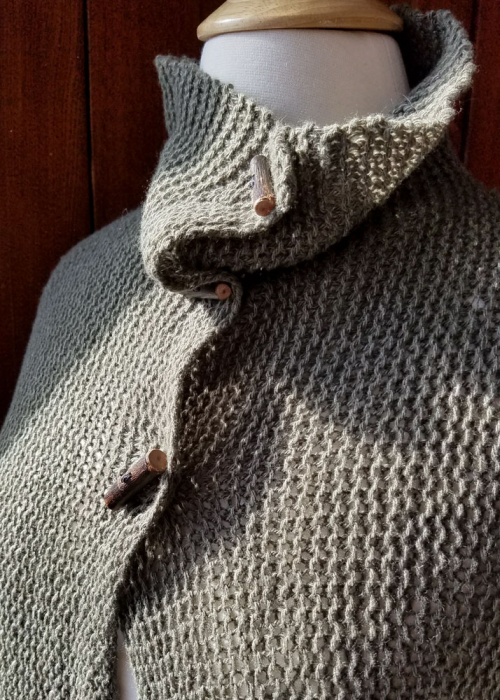 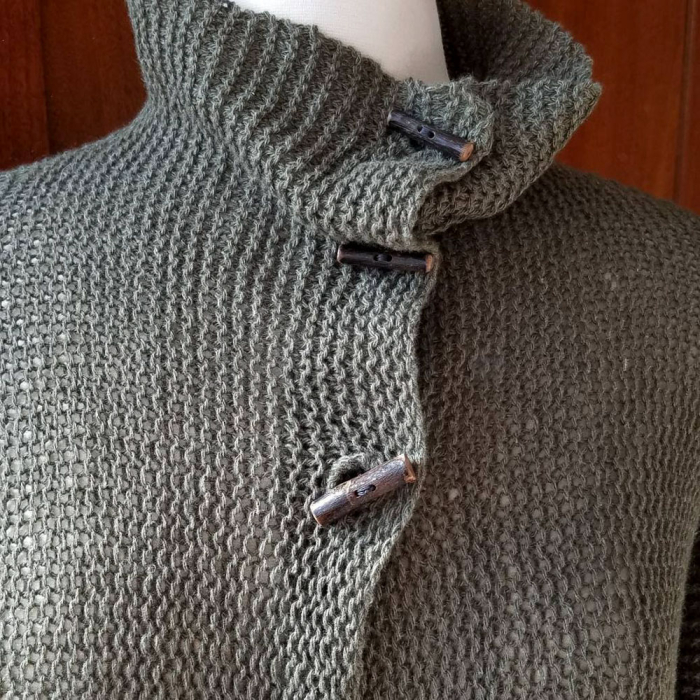 That's a major accomplishment, my friend! Good for you!

What a gorgeous sweater, Vicki! Perfect and timeless. Also . . . very satisfying, I imagine. It feels so good to cross things off to-do lists. (And all the more so when they've languished there for years.) XO

A very lovely sweater in a great yarn! I don't think I've ever knit with a wool/linen combination, but it looks like it is very nice stuff. Enjoy the wearing (and your epic wip assessment)!

GORGEOUS! Love the color, the style and your buttons. It will be perfect for Spring...summer (chilly evening) and Fall. I clicked on the link to your Ravelry page...then the pattern...the pattern is available for $80.00! Can that be right?????

It is beautiful, Vicki! I love it - especially the button choice! Perfection!

It's fabulous, and very wearable. How nice to have it finished. I'm afraid going back to a golden oldie is not one of my strong points.

LOVE the FO. Especially love how you did the buttonholes. They look so rich. Enjoy.

When you pick projects that have classic timeless lines it doesn't matter how many years it takes as they're still classic and timeless! I LOVE this jacket and it will be one you wear and wear. PLUS, it is full of memories.

What a wonderful cardigan. And what a story. I love it

Love this sweater! Habu always has such classic designs.

What a lovely outcome to a "legacy project". So happy you now can wear it and enjoy the good memories.

Many congratulations on the finish...it is stunning! And buttons are perfect. You will wear it well!

Love the simple classic lines of this sweater. I'm a fan of Habu yarns. How wonderful to finish a long waiting project.

Woohoo! that's a fabulous finish ... and I know you'll wear it for years! Your idea to assess the other 40 sounds great - I'm betting you find a few more treasures in the pile and that you free up some yarn for other projects!