Well, that was a crazy-fun trip. Kate & I drove to Chicago in the wee hours of the morning to catch our 9 a.m. flight. It's about a 3.5-hour drive and we like to be early, so you can do the calculations (yep, it was very early). The great thing, though, was that it was an early non-stop flight (also a great fare) so we had time to actually do stuff when we arrived! We also bought advance tickets for almost everything, and that really helped to maximize "doing" time. The Soho Grand Hotel was fantastic (thank you, hotwire!), but not really in the best area for all the shows; we got around by taxi on Friday afternoon & Saturday morning, then on foot after that. We lucked out in the weather department, and it felt great to be outside!

On Friday afternoon, we hit The Armory Show and Volta NY -- they were in very close proximity, so that worked out great! 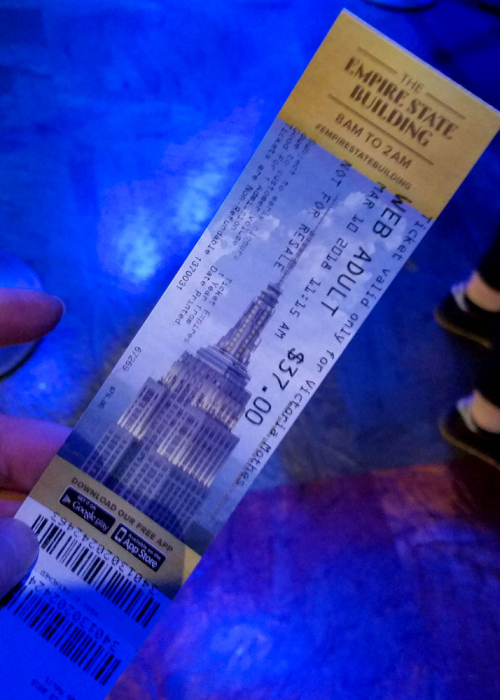 On Saturday, we visited the Empire State Building and The Metropolitan Museum of Art, and the NADA New York Show. 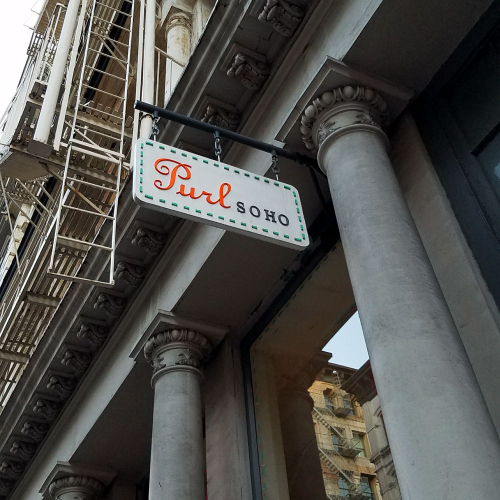 On Sunday, Spring/Break and Purl Soho. 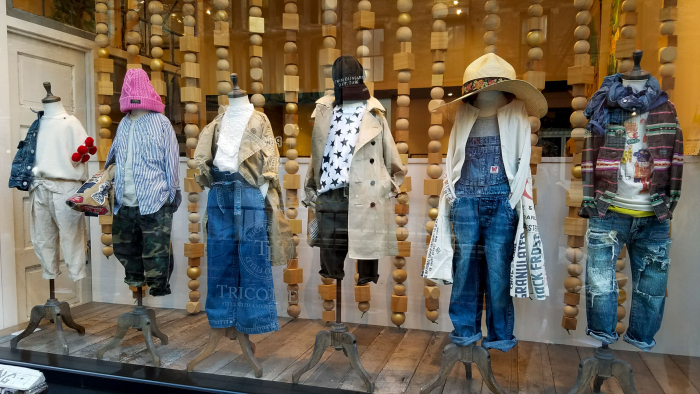 Window shopping near our hotel... the CUTEST, but $150 for a pair of kiddo jeans. Um, nope.

We never made it, as hoped, to the High Line, Central Park (proper), the Whitney Museum of American Art or MoMA -- we were in visiting distance of each, though. There's only so much time (and energy) in a day!! 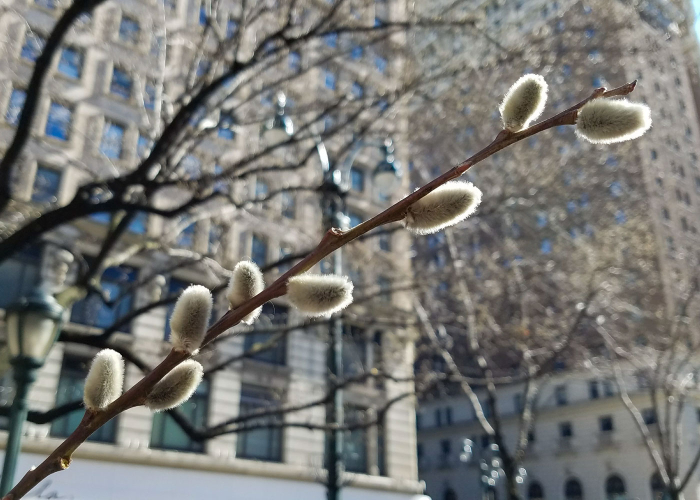 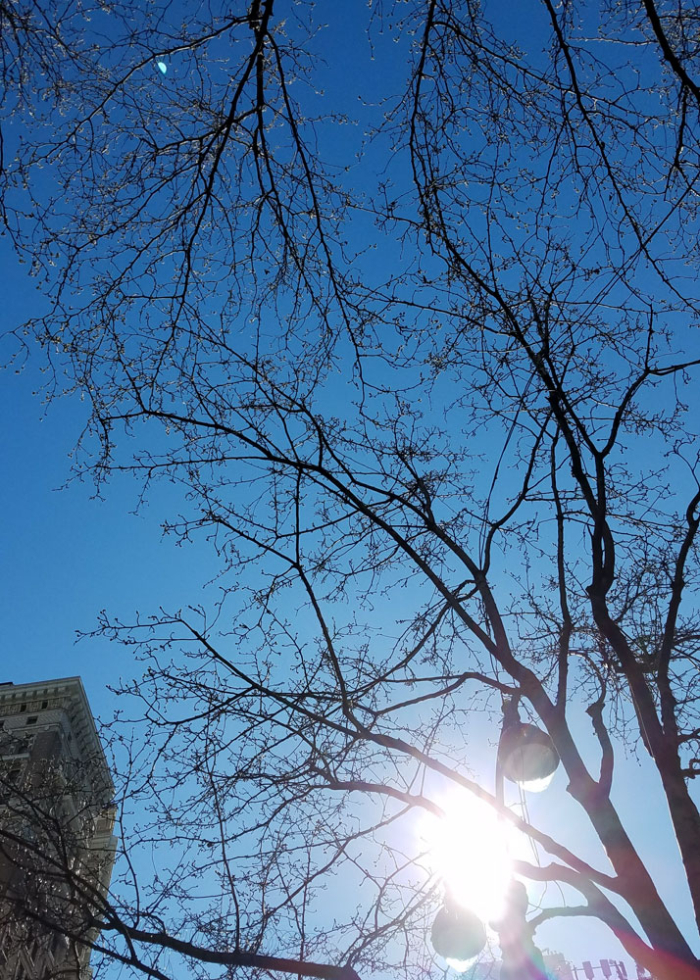 Trust me, there are tiny green buds on those trees!

There may have been 8" of snow a couple of days before we arrived, but spring is springing in NYC! I'll be back with more now that I've sort of figured out how...

Meanwhile, I found this #throwbackthursday playlist on Spotify this morning and had to share:

SISTERS ARE SINGIN' IT!

Sounds like a whirlwind and fun trip - hope you can get back to do all the other things on your list, too!

I'm always amazed by how much you can see and do on your travels, and this trip is no exception! Your great timing between two storms and the signs of spring make it even better. I love those pussy willows and hope you get back soon for more adventures.

I loved following along with your adventures on Instagram. What a great, whirlwind trip! There is so much to do in NYC that there never seems to be enough time to fit everything in. You certainly hit the highlights. Fun, fun, fun. XO

You certainly kept moving and saw so much in such a short time! I love the sound track...right back in time singin' along! So nice to see the blue sky as before and after would have complicated your desires.

Oh, if I ever get [back] to NYC, I am SO making Purl Soho my major destination.

Looks like y'all crammed in plenty! and in hindsight, you picked the BEST weekend weatherwise ... they've had snow twice since then :-)

How did you do so much? I could spend all day in the Met! I never saw pussywillows in NYC and I lived there. Sounds like a fun time was had by all!