I just don't know what to say! I had an unexpected and somewhat surreal 4-day weekend.

It was a blizzard, actually, called Evelyn, and she howled from Friday night 'til Sunday night, laying down 20-24" of snow/ice/sleet in my area.

I had two solid Pajama Days in a row -- unprecedented!

We got a few things done. Taxes, for one. Some quilting, some sewing... and I think I'm almost ready (arm feeling well enough) to try some knitting! Rusty even Kon-Mari'd his closet -- which is actually an antique knock-down walnut wardrobe -- and who knew you could fit so much unneeded stuff in there???

He's also continued working on the above-the-fridge cabinet -- he painted the interior last week and installed the doors on Saturday morning. 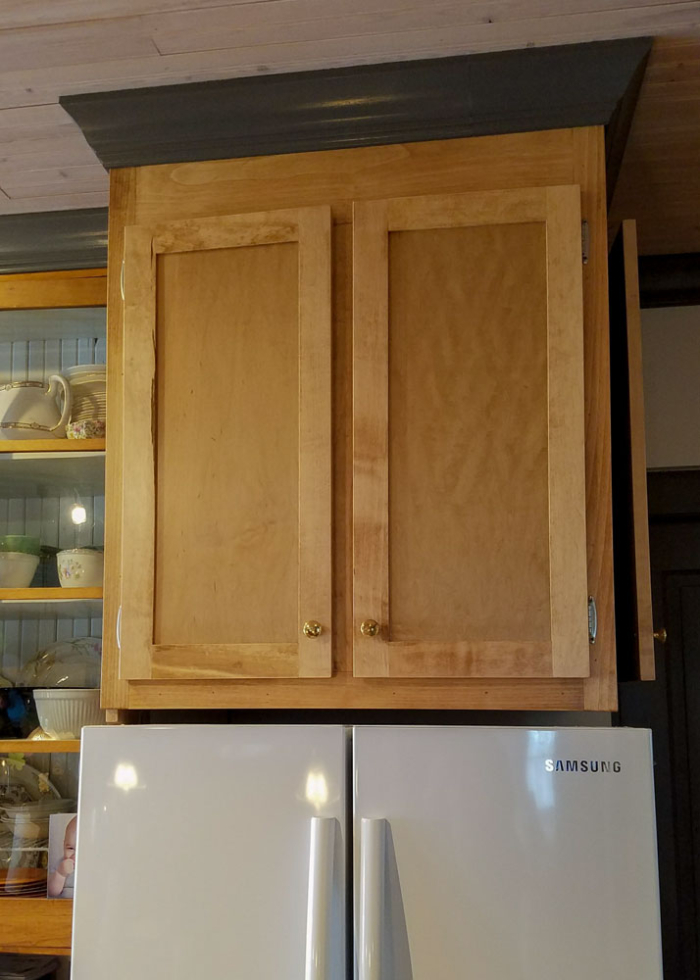 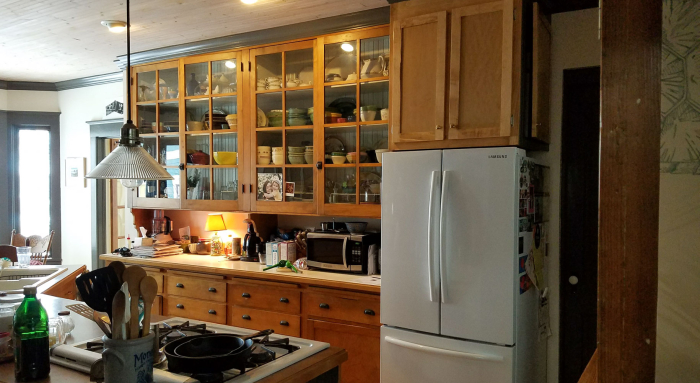 Door catches and a rack for vertical storage are all that remain!

The kids all managed to make their way over on Saturday evening for dinner. I think... did we have dinner together (this is where it started to get a bit surreal). Ali had come by earlier in the day to drop something off and (bonus!) Jun was with her, and I'd kept him for a while! 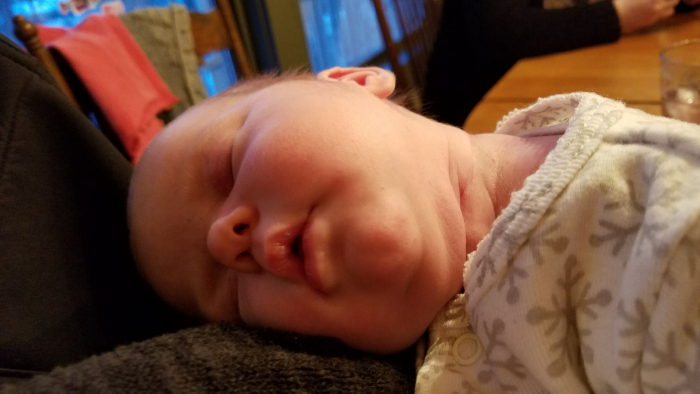 The baby's sleeping! So exciting!! 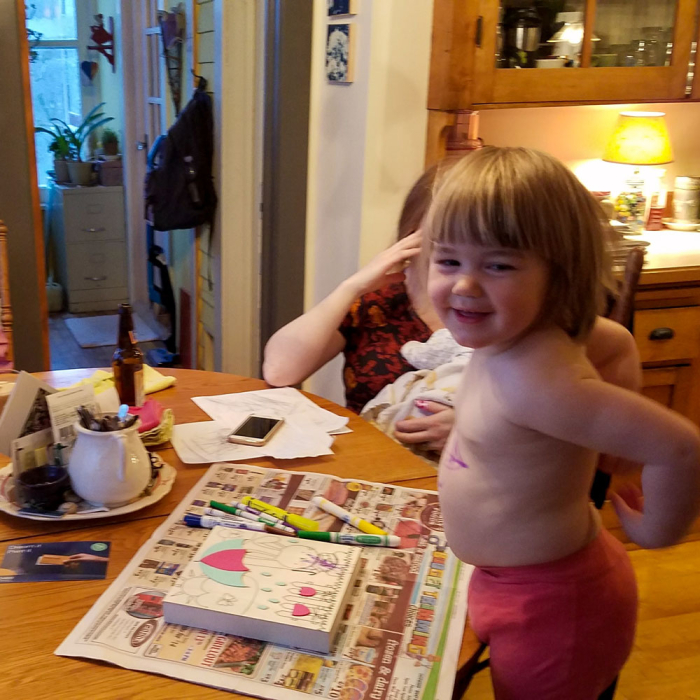 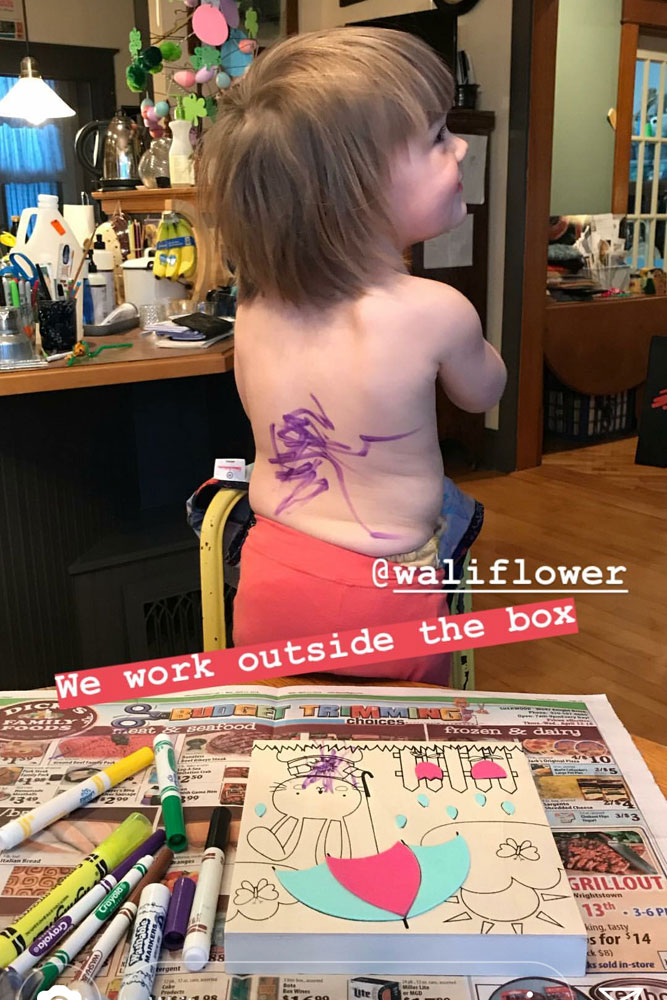 Crafting with Gin! Dancing to her own drummer, and definitely working outside the box -- and behind her back!

But travel for even a short distance was nearly impossible on Sunday. Not to mention just getting out of your house. Though my husband did venture out onto the roof to shovel off some snow! 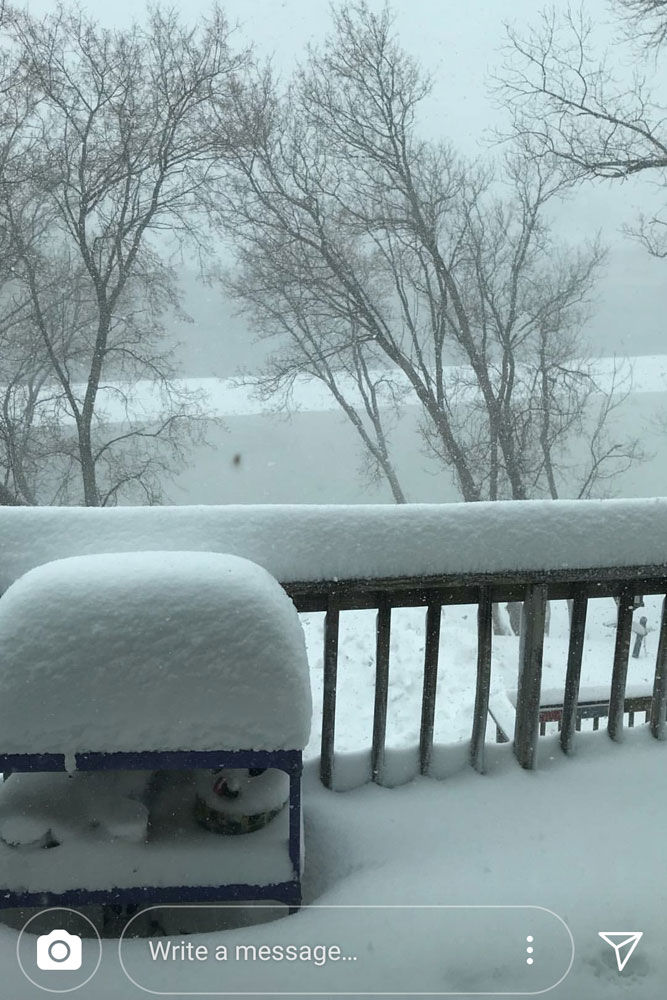 The view out Kate's door.

I had a snow day yesterday, as did most -- at least for part of the day as we all dug out. Venturing out later to go to the grocery store, etc., with a stop at the coffee shop & Rusty's gallery. 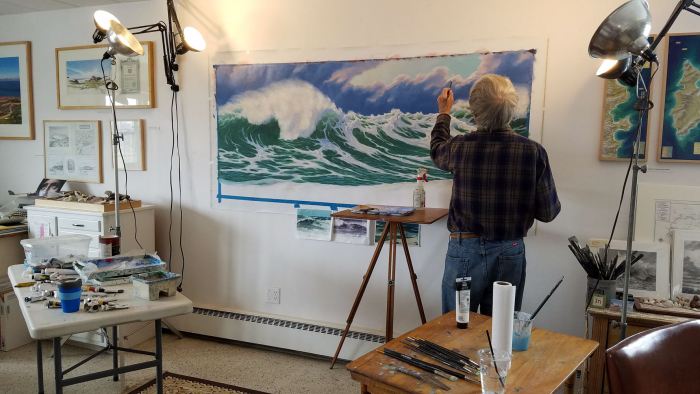 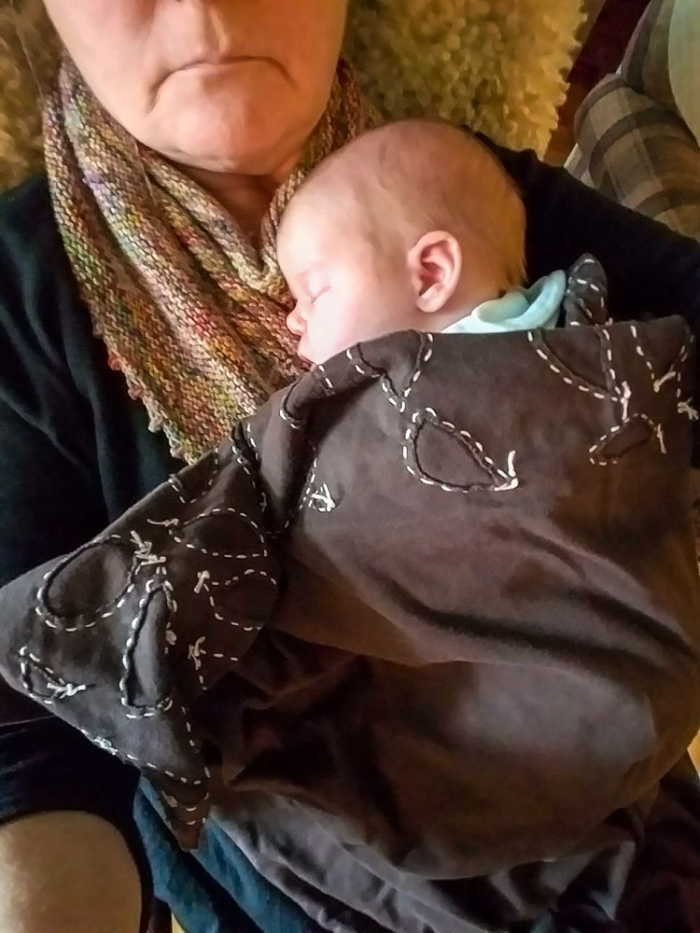 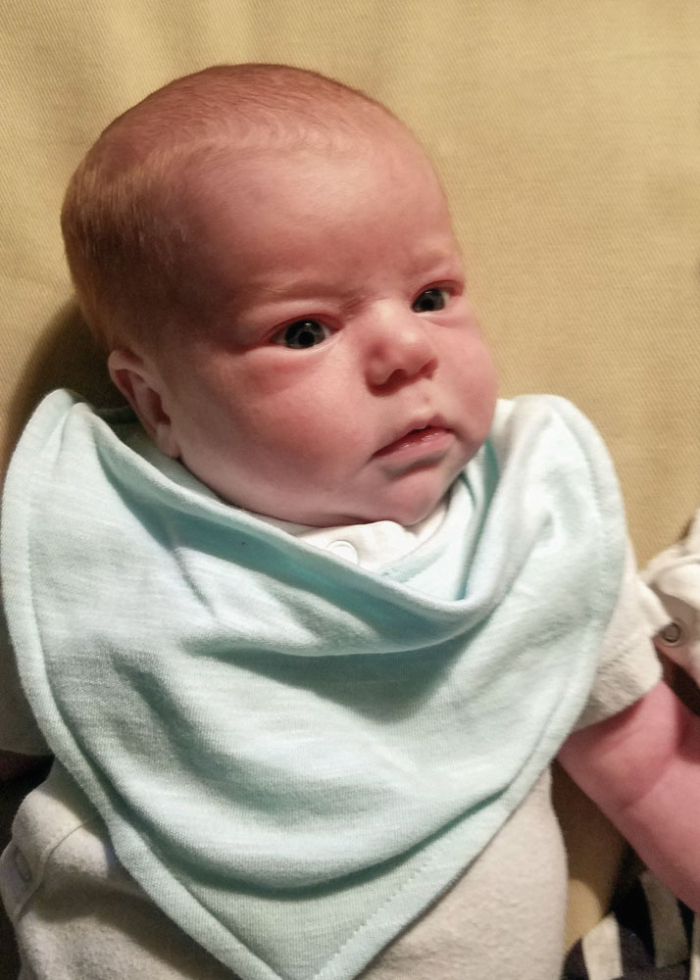 Then went over and watched the kids for a while so Ali & Rod could run a couple of errands.

So now I'm rearranging the rest of this week, and dreaming of warmer weather... 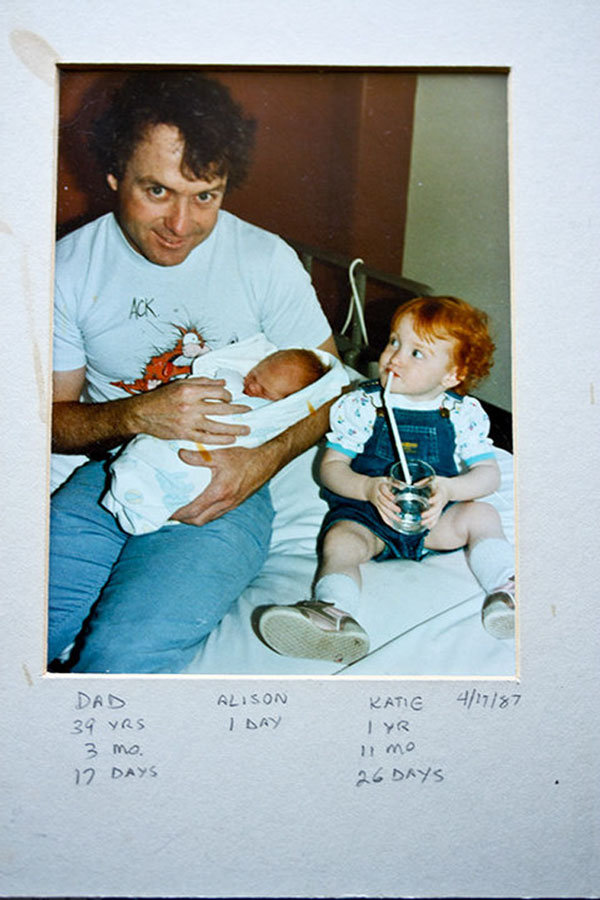 ...like it was on this day, 31 years ago, when Ali was brand new! HAPPY BIRTHDAY, ALISON!! It was around 70°F and I watched leaves pop out on the trees from my hospital bed. As of now, our best hope is next Tuesday and 60°F... and I'll take it!

YIKES!!! I don't even know what to say beyond that (except that Gin is way too funny!!). Hope it melts fast...

I did worry about Rusty shoveling off the roof, so I'm glad to see him safely back in the studio. Now I worry about the mental health of all of you up there in the land of eternal winter. Thank goodness for completed taxes, a new kitchen cabinet, and Gin! That is an amazing work of art! Sending warm thoughts and hopes for sun and 60s.

You all know how to cope when stuck inside by being funny--and productive! We're having snow today, but only a couple of inches, nothing like what you're dealing with! I hope our snow doesn't head your way!!

I have to ask... did Gin have a helper with that back "ink" or did she somehow manage that all on her own?!

Although we've been pretty dry this winter, April is our second snowiest month, including the year we had a blizzard somewhere around 4/22 when I was trying to get home for a family birthday. At least it melts this time of year. Stay safe.

Gin! She makes me smile every time I see her. I just can't wait to watch her unfold! (Thanks for sharing your grandchildren. They are wonderful.) The weather. . . I just can't even. I hope those warm temperatures show up quickly and melt all that snow away FAST. Because mid-April. Happy birthday to Ali!!! XOXO

Considering the weather you got a lot done. I keep scrolling thru all the great photos, thanks for sharing. When I read about Rusty being on the roof i was paniced, I don't like heights

I talked to Sara Monday evening and she is MOST happy she moved away! I have to say - it really looks like y'all made the best of it - and I'm glad you're feeling like you might be able to knit again!!!

You all have had much too much snow and winter but that sleeping baby face - perfect!