Sometimes...
Thanks, I needed that!

This has been a week. That freaky snow/blizzard weekend combined with the intensity of taxes really threw me for a loop. We were supposed to get a few more inches of snow earlier this week but thankfully it missed us; we've had a few days of blue sky & sunshine & warming temps and the snow is melting. There are still some very high piles, but diminishing by the minute. My steering wheel felt hot to the touch yesterday! So great. 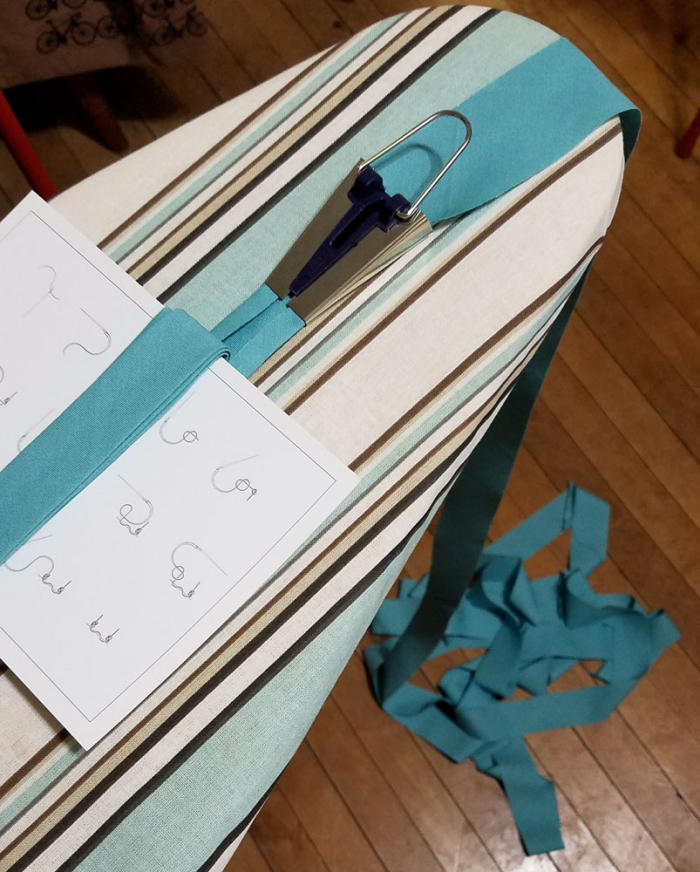 I still haven't picked up my knitting needles, and have decided to continue resting/exercising and concentrate on finishing two sewing projects first.

I bought a couple of bias tape makers and the binding for Malina's quilt is underway -- and probably enough for another quilt, besides! I got kind of carried away cutting those bias strips... 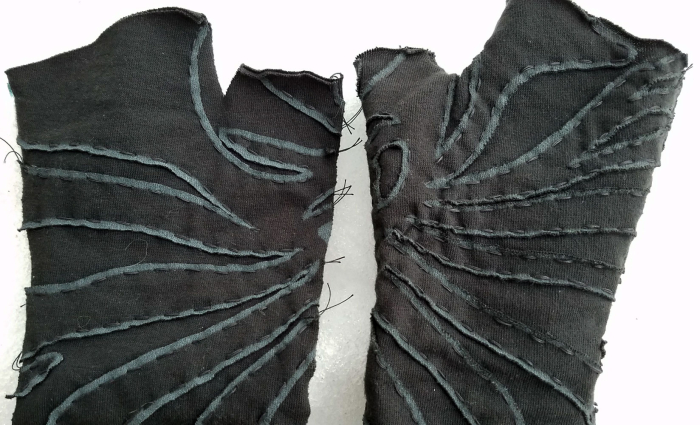 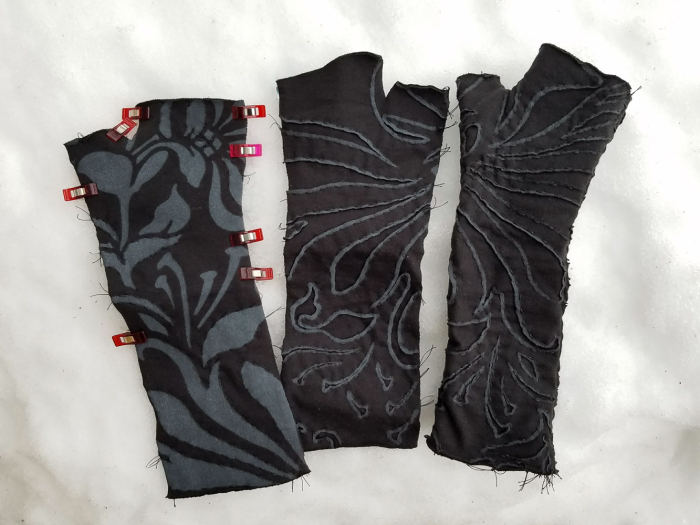 I'm also finishing up a pair of Alabama Chanin Fingerless Gloves. The stitching & cutting were finished at Knit Night yesterday, and all that's left is seaming the second glove. I still may add a tiny bit of embellishment, but that can be done anytime.

We're having friends over tomorrow evening, which is outside of our usual M.O. but something I've thought about for years. I always thought that "entertaining at home" or "having a small dinner party" once a month would be a good New Year's Resolution... y'know, if I did that sort of thing.

On Sunday, we're having a "Panpake Birthday Brunch" for Kate & Al, and maybe we'll be able to video chat with Maddy, too.

That's how Junah says "pancakes." He also still says "nilk" instead of "milk." That affects the family lexicon, as you might imagine. I can't wait to hear what Gin comes up with... she is starting to TALK and, man, she has THINGS TO SAY!

Can you believe Malina will be 4 weeks old on Sunday???

Have a great weekend!!

That bias tape maker looks like a cool gadget, but better yet will be seeing Malina's quilt! I can not believe she is almost 4 wks. old. They seem to be growing up entirely too fast at your house. Here's to warm steering wheels, sunshine, panpakes, birthdays, and a terrific weekend!

How do kids grow so quickly!? Your bias maker is about as clever a tool as I've ever seen! If that had been a thing years ago I might have continued to sew (no really). :) I love how families have their own vocabulary. Your family's will surely grow through the years!

Making bias tape is fun, I agree! Hope you enjoy your family time this weekend, I can just imagine that Gin has things to say!

I love my bias tape maker! What a fun weekend, and I hope the panpakes were delicious! XO

oh that Panpake looked delicious - what a fun way to celebrate all the birthdays together! and I must say, that bias tape maker looks like fun, too (way more fun than taxes. and snow)