Right Now: Come What May... and June and July and August
Colorbox Quilt 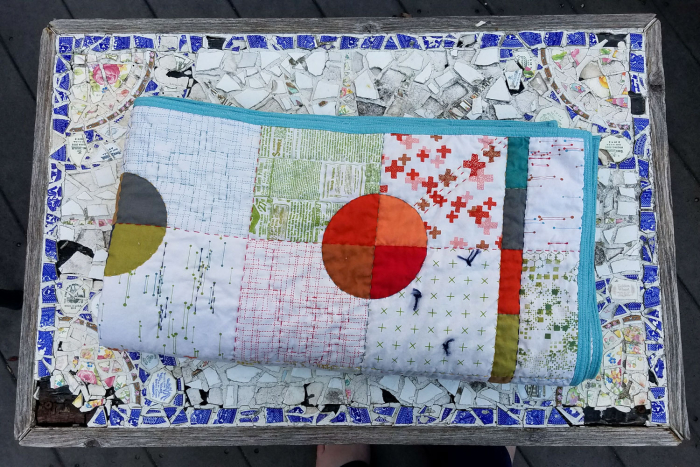 The goal was to finish on the weekend, but I put my head down and did it on Saturday -- washed, dried & delivered! I'll do a separate post about it (there are some more photos on Instagram if you're interested). Doesn't she look thrilled? That photo is actually from Sunday afternoon... but I'm sure that she was! Also, no doubt thrilled that she's wearing a bonnet & outfit sewn by her mama and the Garter Yoke Cardi that I made for Junah.

I am thrilled that I have a clean slate of a work table! 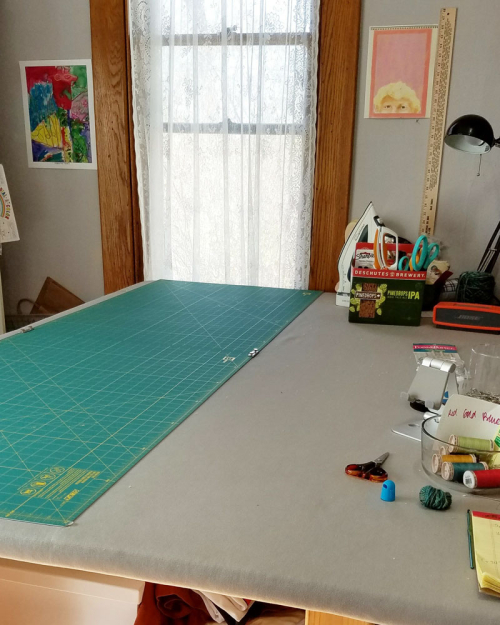 CHECK: My first bicycle event of the season -- a 20-mile ride to benefit a local charter school. 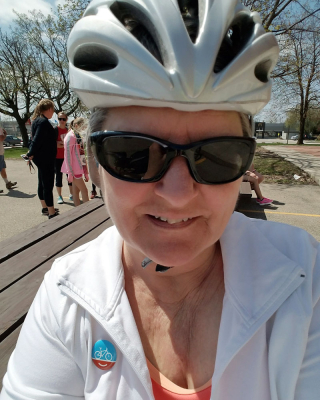 It was far from pretty, but I got it done... a little over 22 miles altogether (I also biked to & from the event) in just over 2 hours. 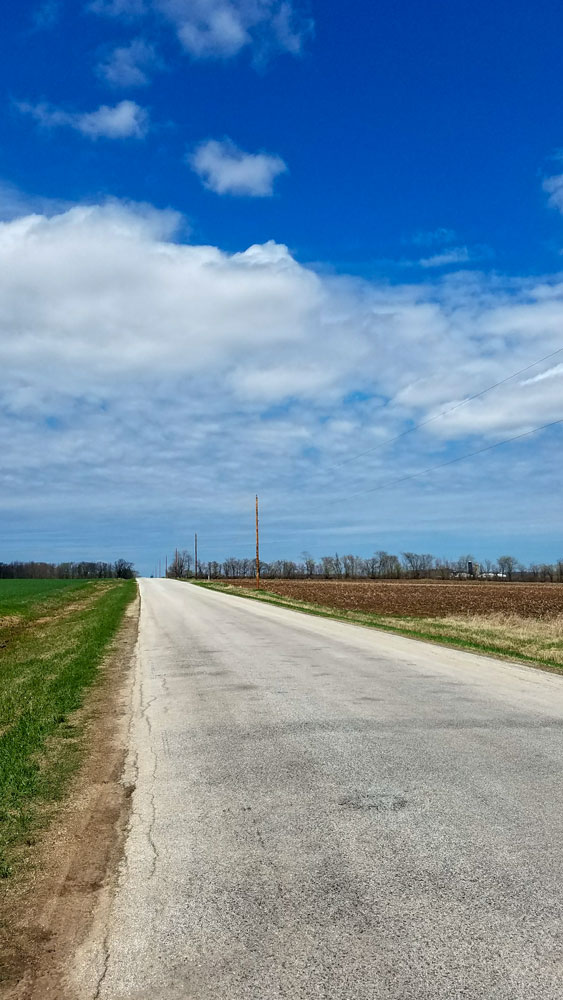 It was a BEAUTIFUL day -- not too hot & not too cold -- and I rode on a few roads new to me. I have a little color on my face and a funny farmer tan on my forearms because my sleeves were pushed up a bit.

I wanted to get the indigo seeds started but didn't. It was too late to go get soil when I discovered that I didn't have any... or maybe I was just pooped. Now I think I might wait until next weekend because I'll be gone for a few days and won't be able to keep an eye on them. I'm hoping it won't be too late a start!

Just have to share that Junah, one-and-a-half years old in the nearly 3-year-old photo above, was wearing this Captain America Romper on Saturday! Ali said that it's what he wanted to wear!! (And I love that... it's pretty much how it worked most days when I was in charge.) Obviously, he couldn't fasten the crotch snaps, so it just looked like a weird inverted shirttail... with snaps! It was adorable.

I am in awe of your bike ride! Just in awe! And, I am also sending good juju to your posterior, mine is telling me yours must be more than a bit sore! XOXO

I love, love, love Malina's quilt, have admired it on ig several times, and look forward to seeing it featured in its own post. And your blue skies and Junah! I finally learned not to fuss and let Justin wear what he wanted; it made both of us happier and I got to smile at a purple Power Ranger shorts outfit with a polka-dotted dinosaur shirt worn backwards so he could see the dinosaur. :-)

Okay, THAT face under that bonnet. . . Fabulous!

Yay you! Two spectacular finishes!! And two delightful photos of the little ones ... how cool that Jün still loves his romper!

Wow! 22 miles is a long way and I hope you're able to walk without too much pain! I LOVE the quilt. The design is just beautiful. You're spring fever is pushing your creativity (and activity?). How fun to see Junah in a blast from the past classic!

Such great pictures! I, too, am in awe of your bike ride and can only imagine what my butt would feel like after that (I don't think I'd be able to sit!1). Beautiful quilt (I did see it on IG). Love Malina's chubby cheeks and that early pick of Jun - precious! Sounds like you had a fabulous weekend ( and certainly you had more energy than moi).

I'm inspired by all you did this week- the quilt looks precious. The bike race is impressive- way past my ability (no balance). Love all the handmade items that Jun and Gin got to wear. The seeds can wait.