Welp, this week has been all about RECHARGE, I guess! Last weekend was full & busy & fun, for sure... there's been a lot going on behind the scenes around here, as well!

Alison & her family have moved to the in-laws' house in the country. It's a good thing, overall... but now instead of a mile from my house to theirs, it's more like 10. In a direction opposite the usual. There won't be any more spontaneous "swinging by" or "running over" and, not gonna lie, I felt a wave of sadness as I made that realization. There will be some adjusting for sure. On all their parts, too, and arguably way MORE adjusting than me. We can still visit/meet up within minutes! So I'll stop whining.

Almost five years ago, for the first time in over 20 years, we welcomed tenants -- two young women -- into our upstairs apartment. In that time, there's been one consistent tenant (even if she wasn't always physically in residence), and various roomies in and out. As of Tuesday, we have a vacant apartment!! And there's some work to do. 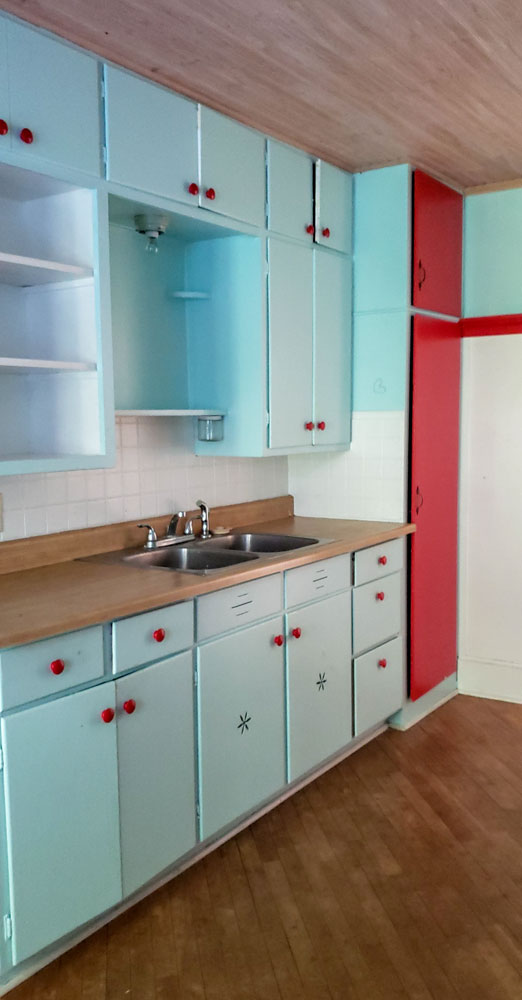 Originally, I was just going to hire Kate to re-paint the kitchen -- this paint job is Alison's from when she was in residence up there -- but she's actually going to be our new tenant, too! 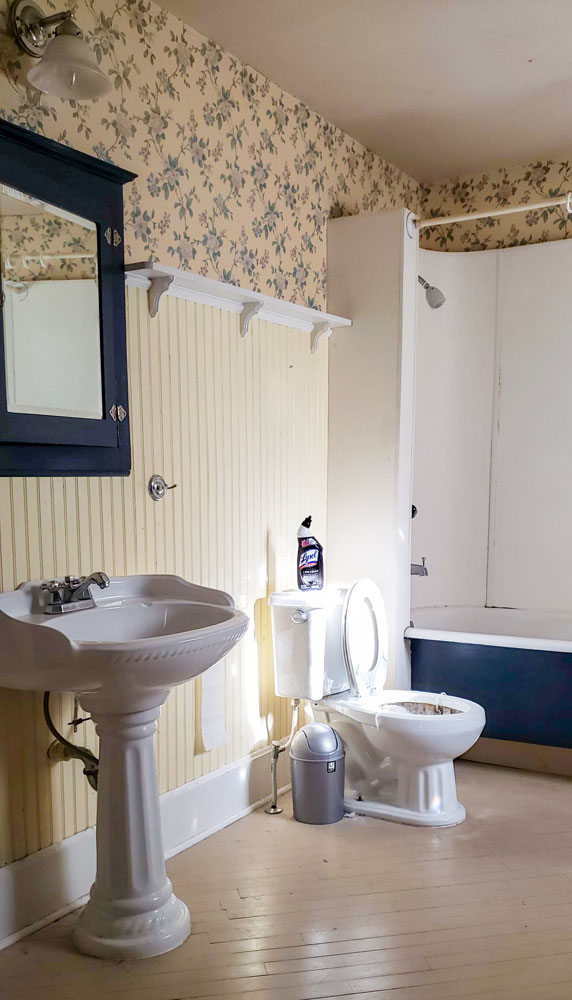 I'll still "hire" her to do some work, including an eventual re-do of the bathroom, and even though her rent will be far lower even than what we're used to (which was already pretty low), I'm happy & relieved to have "someone I know" up there. Our experience with the last "roomies" up there was not good; let's just say that we learned a lot, but we're still feeling a sting.

Well, anyway, Kate has begun to move a few boxes from the storage unit, but will be taking a little trip over to Michigan this weekend, and I'll get my work done upstairs while she's gone. She'll be back on Tuesday, for sure, in time to head to Madison with me to see THE NATIONAL concert at The Orpheum!

Meanwhile, I've been working on the TTL Mystery Shawl and LOVING IT! I'm set to resume this evening with the final clue (probably the extended version). Maybe I'll have an FO to show next week!

I've begun listening to David Sedaris' Calypso, which I am also loving. A lot!

There is still much on my Summer To-Do List... I can't believe we're ticking off the last days of July already! Finally, the weather is a bit more reasonable, though, and it's nice to be outside.

I think that a few waves of sadness and even a little whining is certainly allowed any time kids move farther away. Maybe there won't be as much spontaneous stopping by, but I bet that you and Ali will both be making an effort to travel the extra miles. Recharging is always necessary (for me anyway) in the midst of lots of adjustment, so breathe and keep knitting on your TTL Mystery Shawl. Everyone has raved about how beautiful it is and I can't wait to see yours!

After a family-full time, I always have a big emotional letdown. So much excitement and energy, and then BOOM! Everyone's gone and life seems a little less . . . bubbly. After a recharge, though, I'm usually right as rain -- and I'll bet you will be, too. And how nice to have Kate so close! Enjoy your weekend, Vicki. XO

Having a tenant you like, or love in this case, is worth a lot. Bet it also frees your mind a bit to figure out new fun ways to spend time with the family that moved a little farther away. I think re-adjustments tend to deplete everyone, some of us just hide it better than others. Have a great weekend!

I can't wait to see your mystery shawl! I am doing the extended version as well!

Your experiences with adult “kids” moving to and fro really touched me deeply. I have experienced it twice, once a son taking his family, including our three very young granddaughters, to Toronto, Canada from our area here in San Fran. Bay Area. Next, my youngest son moving with his new wife to Denver. In both instances they eventually moved back and I was never so happy. Now I have my three girls a couple miles away, and my youngest son just down the freeway a half hour. When the Denver couple moved back they stayed with us for several months before making a decision on where to live. It was a great experience getting to know my daughter-in-law on a very different level. Adjustments all the way around, all the time, but hopefully all positive for you. Thanks for sharing.

I hope you all will adjust to the move quickly! I was worried when Jess had to move that they'd go further away. And they did . . . by about a mile. We're lucky that they are close and it's easy to see them frequently.

Kate (and you) must see a lot of potential in the little apartment and you'll make a good fix up team during the re-do. (I wish I could consult you while I work on mine.) The adjustments will happen quickly, without too much effort on your part as you and Ali will want/need to work things out ala KIDS! She needs you, you need her/them. I see new things blossoming up for you. And you and Kate, the best travel team ever!

That's a lot of change/adjustment! I hope we get to see more of Kate, too - and that great apartment! and I know you and Ali will figure out that 10 mile thing (which is still - as other commenters have noted - CLOSE!) The final clue looks great - I really love the bind-off! ...not that I've started it, but I have printed out the clue and watched the video :-)

That is a ton of changes, but trust me - 10 miles is not far (I drive further to work). We're about 45 minutes from Colin & Mailing but see them regularly. And Kate moving into the apartment is wonderful!! And The National!!! Woo-Hoo, enjoy!