The boys are back
Off my game

When you feel as though you had a 3-day weekend when it was actually just the normal 2-day variety, and that said weekend was largely spent with a (clean) houseful of people, including a 4mo, 2yo, 4yo, 11yo & 13yo, along with various adults, and that the weather wasn't always great -- and not to say that I wasn't absolutely exhausted at the end of each day -- but I'd say that was a pretty darn good weekend! 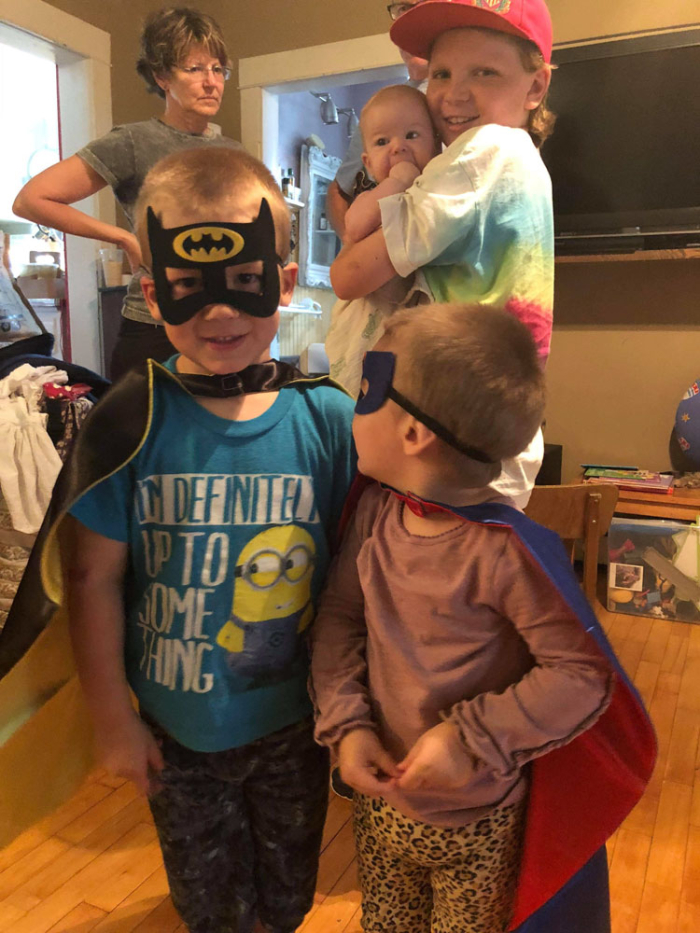 Ali sent me this photo on Friday and it's one of my favorites of the weekend -- Ann & fam gave the kids a set of superhero capes & masks and, OMG, I just love Jün's happy expression here! 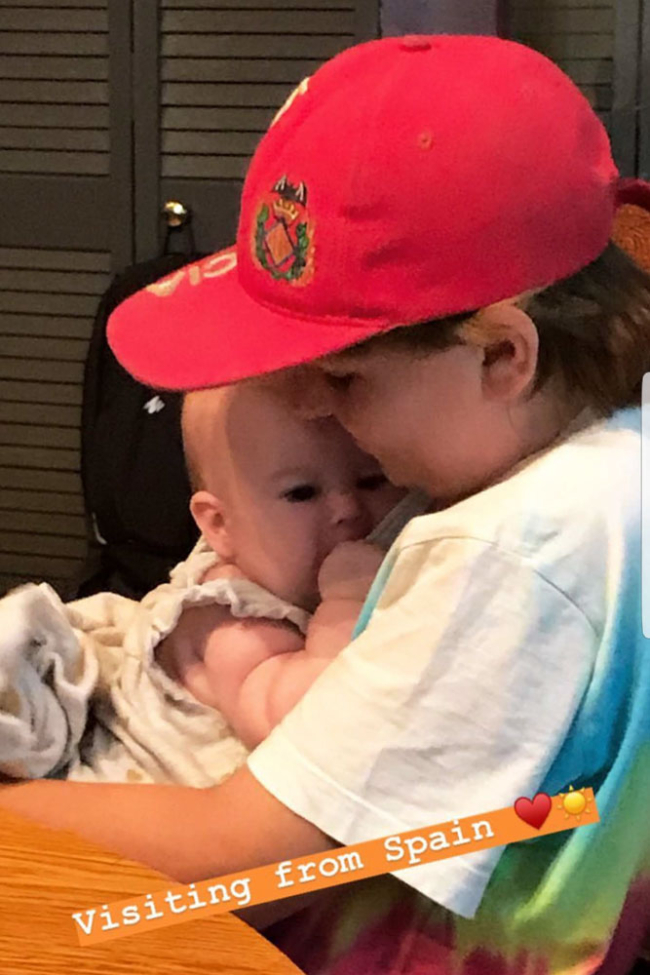 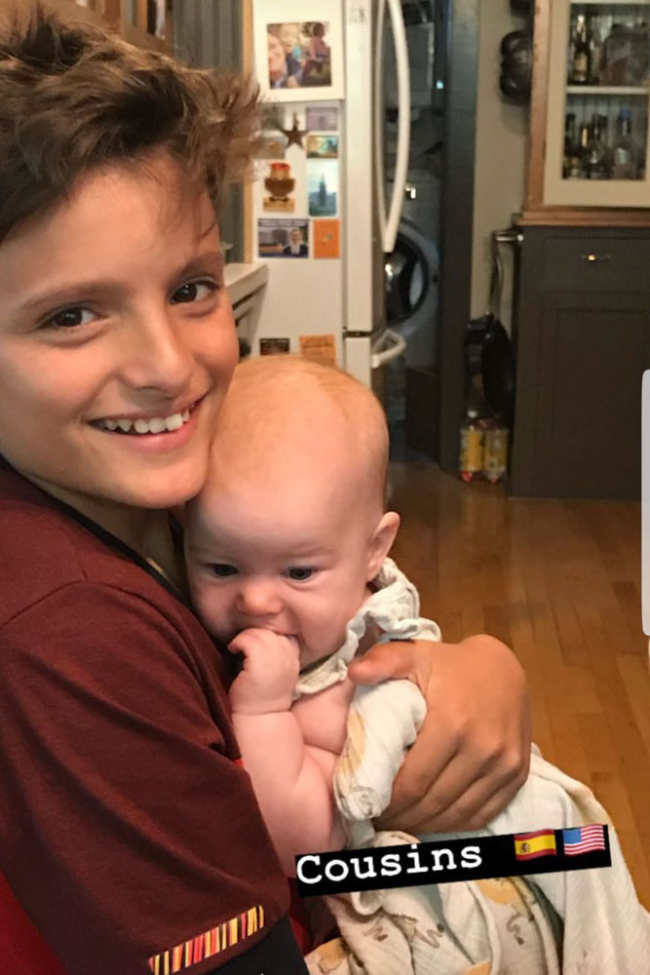 ...and Addie, too, with the baby!! Practically baby whisperers. She did not lack attention & cuddles, that's for sure! 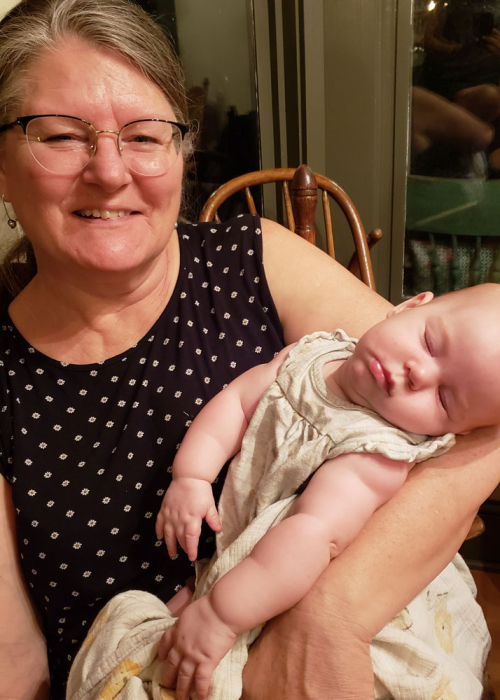 The kids all played together MARVELOUSLY!!! It was pretty wonderful. I might still be a little in shock.

I managed to have Saturday & Sunday mornings mostly to myself, which I'm sure saved me. 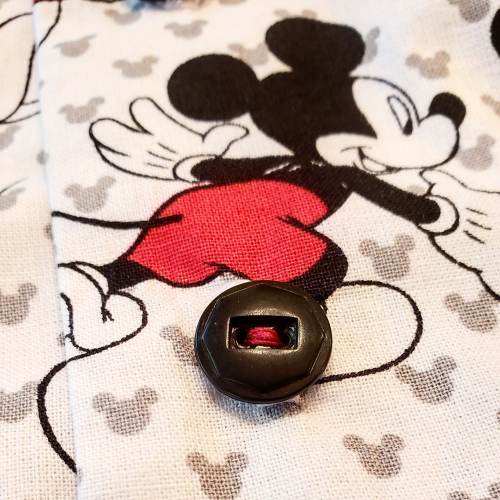 I finished Junah's shirt -- buttonholes & buttons (from my mom's button tin). The buttonholes could be a wee bit bigger, and I'm hoping that they'll loosen up a bit. It was a complete failure of the buttonhole function that sent my machine to the shop last time and I could tell that it's still a touchy operation. I will need to seriously start looking for its replacement (it seems a daunting task).

Next step: a photo shoot with all three kids in their Mickey duds + one other wardrobe change. It's never too early to start sending good photo mojo, and crossing fingers!! 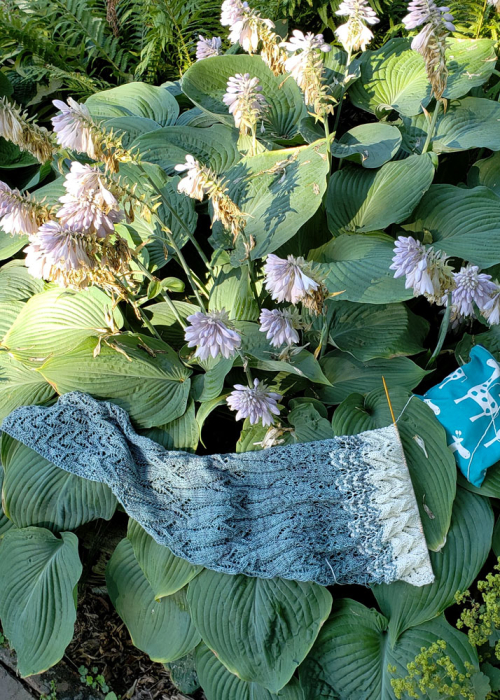 I managed some knitting, too! I'm closing in on the end of TTL Mystery Shawl Clue 4, with Clue 5 in hand, and the 6th & final clue due to be released on Friday. The general consensus in the Ravelry spoiler thread for this project is that it's been a real pleasure to knit and is incredibly beautiful to boot! I don't think I'm spoiling too much here, given that it's all jammed onto that straight needle. I've gathered that Clue 5 is the quickest to complete, so I might even have a chance to catch up! I was admiring my Blue Angel hosta through the front door yesterday and decided that it really wanted to be a backdrop for a knitting photo. Heh.

Annie wants to do some Christmas knitting, so we looked over a few patterns, chose some yarn & needles... 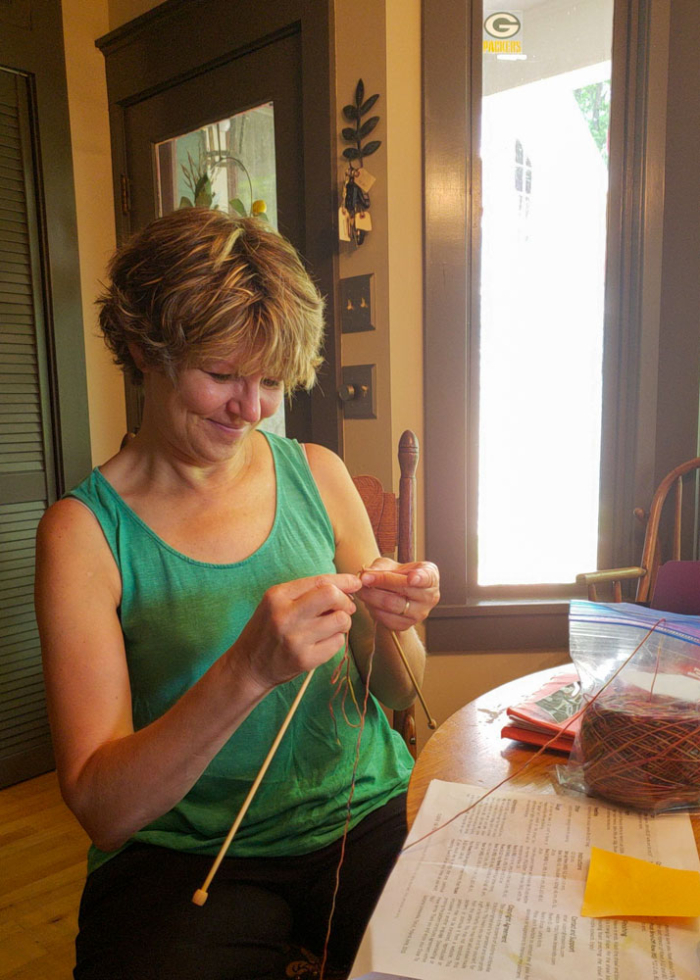 ...and I gave her a refresher course! She learned to knit many years ago, but it's been a while. It was quite an interesting lesson as she knits continental and I throw, so I really had to concentrate and watch how she was forming her stitches (purls in particular) in order to iron out a couple of little problems. She took one project with her and hopes to make some progress (if not finish) before they return late next week. In the meantime, I'll wind & prep the others.

Glad you had such a wonderful weekend! You have a great family.
blessings
~*~

What an absolutely FUN weekend you had! And hooray for Annie picking up the needles again. I can knit continental but I could never get the hang of purling that way so I can understand your concentration for the task.

What a fun weekend! Those super hero kiddos made me smile!! I am just finishing up with clue 3 (I think???) So, I have a good bit of knitting to catch up!

Those two oldest boys look pretty delighted to be holding such a small person. It also looks like a good time was had by all. That's a successful weekend in my book.

I was hoping you'd have time for a post of all the fun, and it looks even better than I thought. I love seeing everyone together, Anne's satisfied expression while she knits, and your gorgeous hosta and TTL shawl. I am sending good photo mojo, but also wondering if the Mickey photo shoot might be more difficult (but still hilarious) than the buttonholes!

All those kids together and all those smiles!!! (and I'm amazed you had time to think about knitting and photographing a WIP :-) Sending good thoughts for the 3xMickey photo - can't wait to see!!

Goodness, you have been busy as a bee!

if you are looking for a replacement machine I can strongly recommend a Janome - new or used they are very good machines...if not that a vintage singer can do the trick as long as its vintage 1950's or earlier

I smiled while reading your post- except the part about your machine-The love among the family members leaps off the screen. Looking forward to the Mickey pix. Sending photo prayers your way, tho' I doubt you'll need them since you are a great photographer. Good luck with machine search. I have an older Pfaff (not computerized). I admit I still mourn the loss of my original Kenmore machine which was a workhorse made of metal.

Your weekend looks fun, crazy, noisy and fabulous! I love the TTL mystery with your hosta (mine were destroyed by hail!) and Ann's face as she concentrates! All the kids have big smiles and that is where all the fun comes in! (Mickie photo shoot....I just can't wait!)

Hi Vicki! So much fun going on there! I'm liking your TTLMAL...I bought yarn but have been sitting back watching the spoilers. What a nice picture of your sister. :-)