Ali & I took the kids up to Bay Beach (not really a "beach") on Saturday and I learned that not only is there one overflow parking lot, there are TWO... it was SO BUSY! Perhaps it was because Bay Beach was recently ranked the 17th best amusement park in all of America by TripAdvisor! That is no small feat for such a tiny little park. 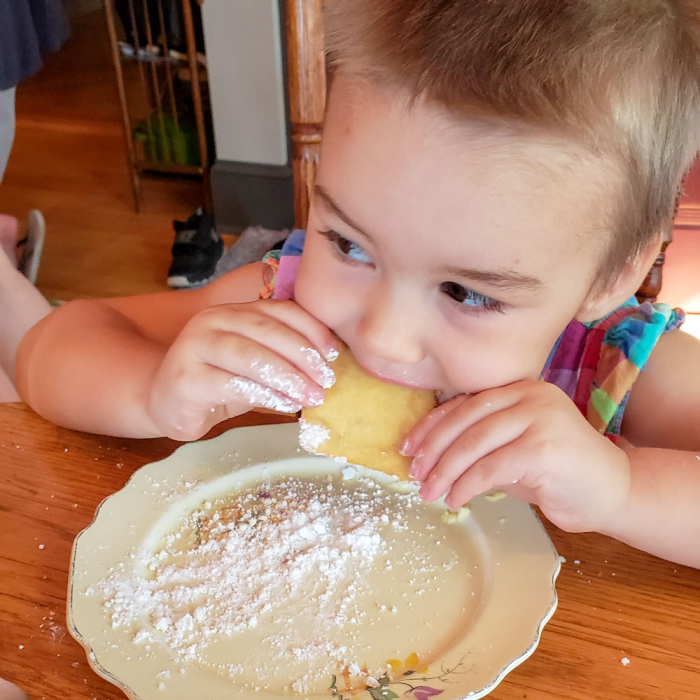 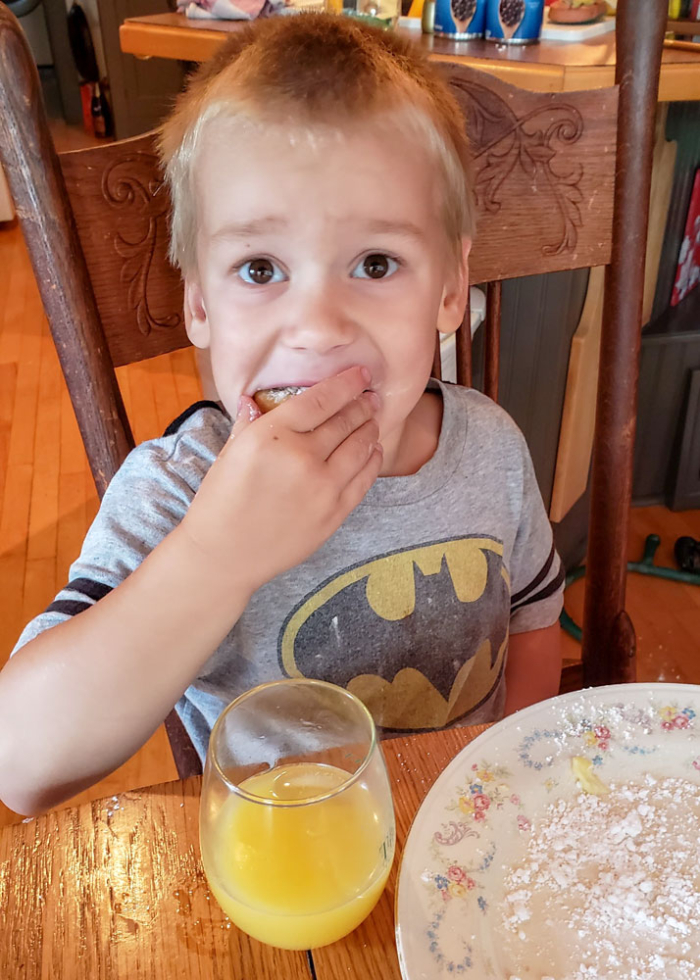 We started the day with beignets for breakfast! Ann & Brian spent a few days in NOLA while Mack & Addie were at YMCA camp, and brought us a box of Beignet Mix from Café Du Monde. Obviously, they met with approval!

After beignets, we had a change of clothes and a quick little photo shoot with the kids. 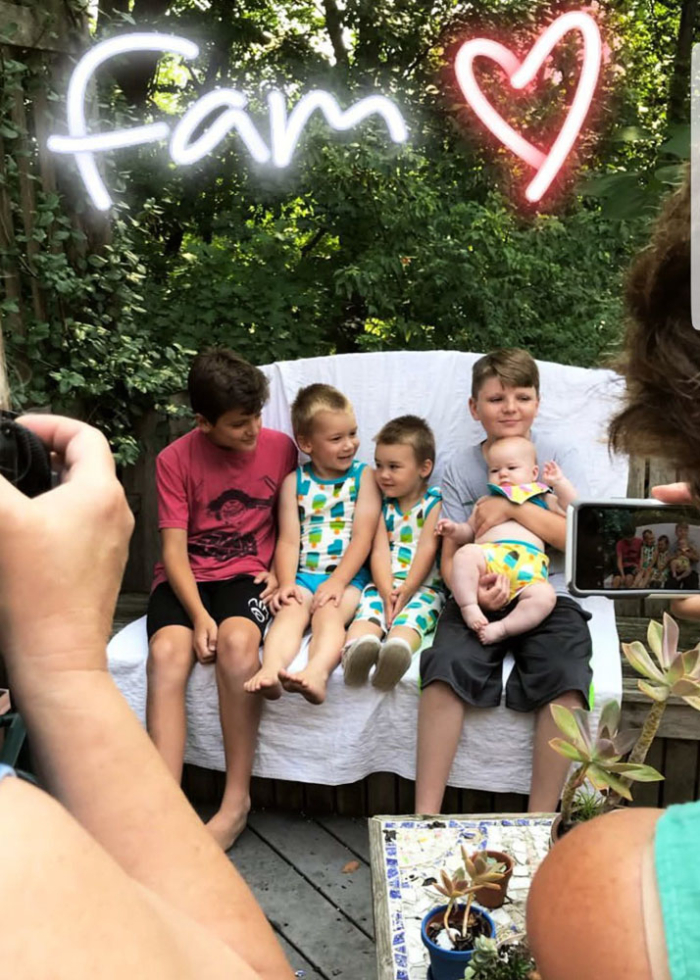 I still need to process the photos I took from this session -- the kids were cooperative and adorable -- but here's a screen shot that I nabbed from Kate's IG. That's me on the left, Ann on the right, and obviously Kate training a third lens on the situation. We'd been trying to do this since Ann arrived last month with those adorable coordinating outfits for Junah, Ginny, and Malina! (I still need to get the Mickey Mouse trio on "film," too!)

The running commentary on almost every photo that I posted of the kids during this visit was about Mack & Malina... was he ever gonna let her go?? My heart wants to burst every time I think of it... how sweet he is with her, and how they all get along so wonderfully. 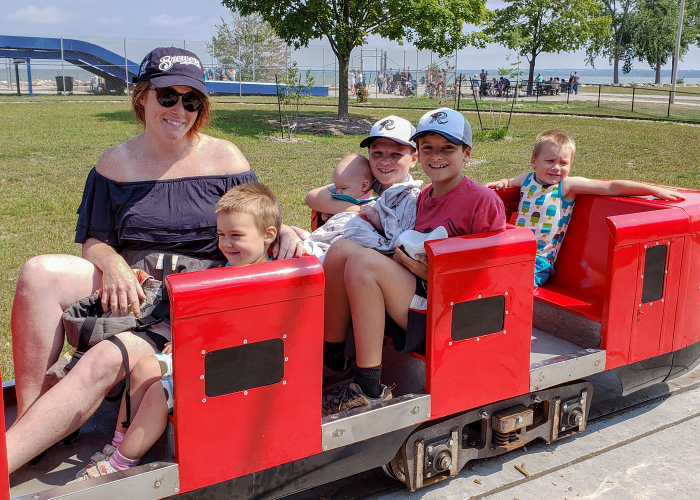 The train is always #1! This is actually a "new," second train -- a bit smaller in scale and on the north end of the park. It goes right under the Zippin' Pippin! Before we left the park, Mack & Addie took a ride on that rollercoaster -- after a bit of a delay when someone's seat belt was unbuckled as the ride began. 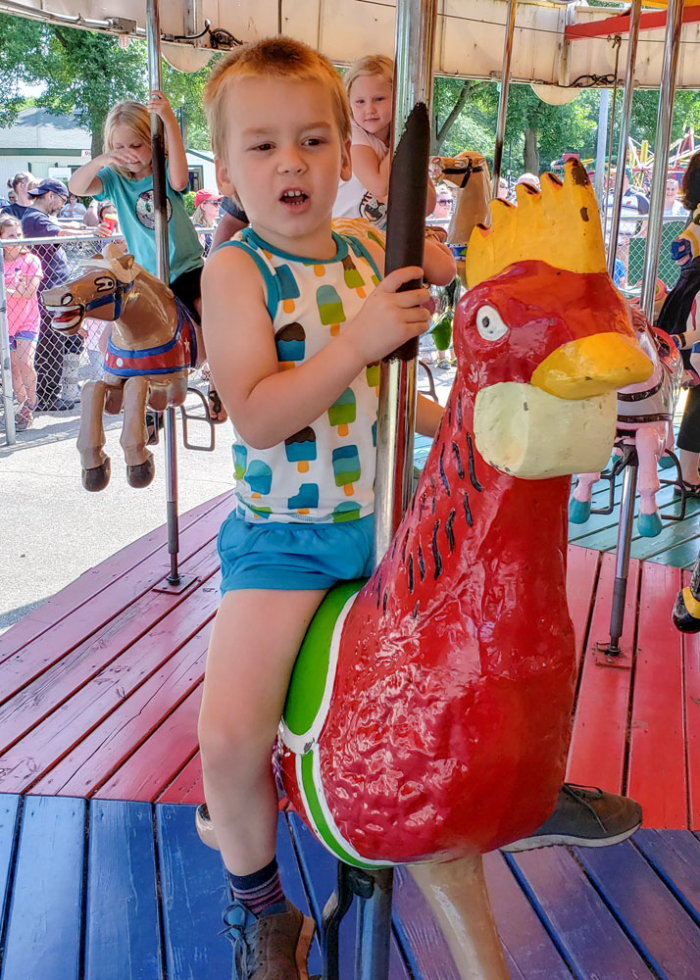 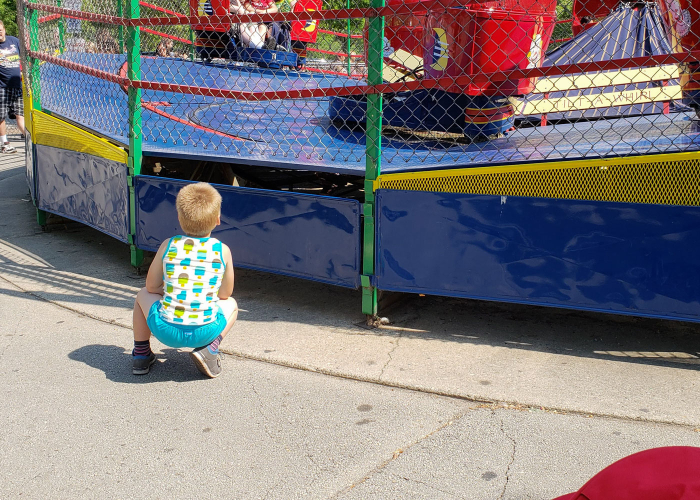 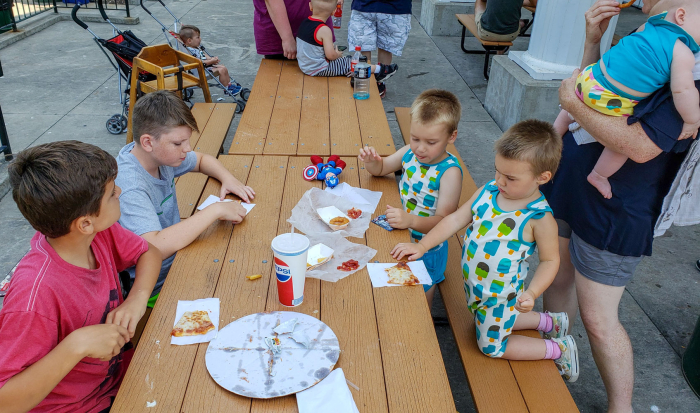 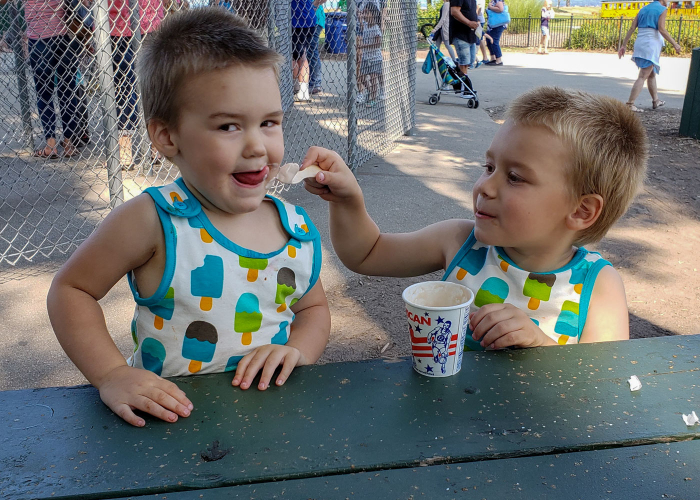 We had pizza for lunch and ice cream treats for dessert... nicely sharing an extra malt cup that I bought by accident. 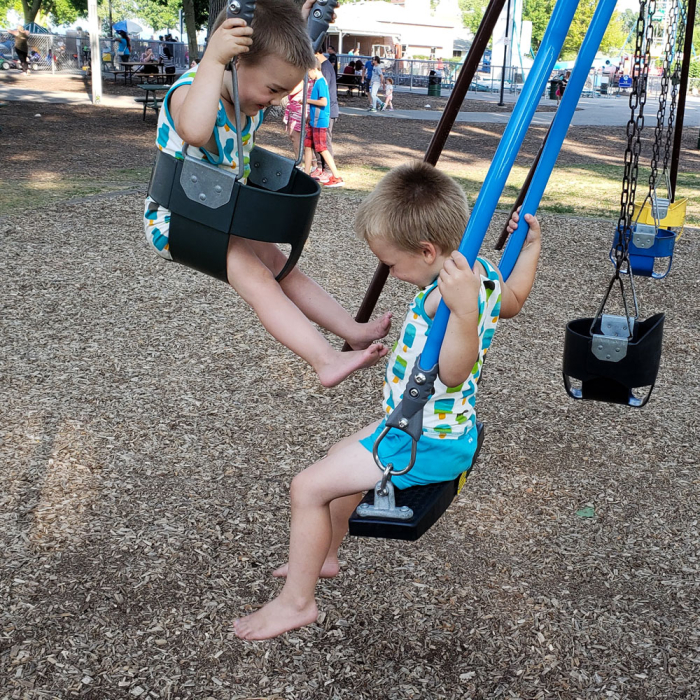 In addition to the ticketed rides, there is a nice playground/picnic/pavilion area, as well, and there were a ton of people there for reunions, company functions, or just hangin' for the day.

We had a nice belated birthday celebration for Addie's 11th when we got home. 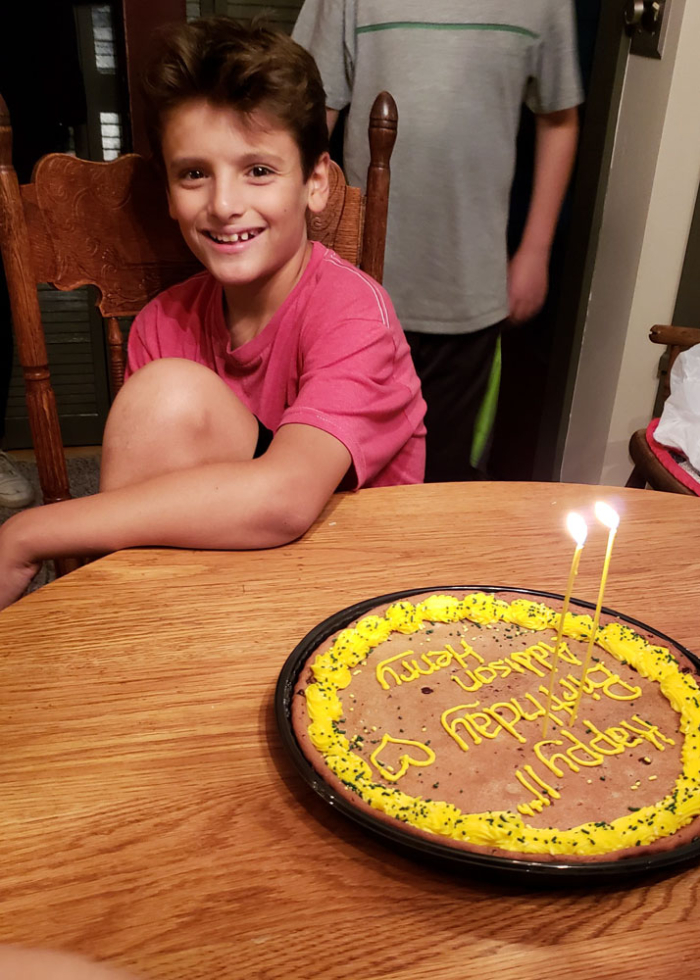 And they took off for Madison on Sunday morning... to Chicago on Tuesday and finally back to Valencia on Wednesday! It's about four months until Christmas, when we'll see them all again!

Thanks for sharing in our adventures!! Here's a little Eye Candy Friday bonus if you've reached this far: 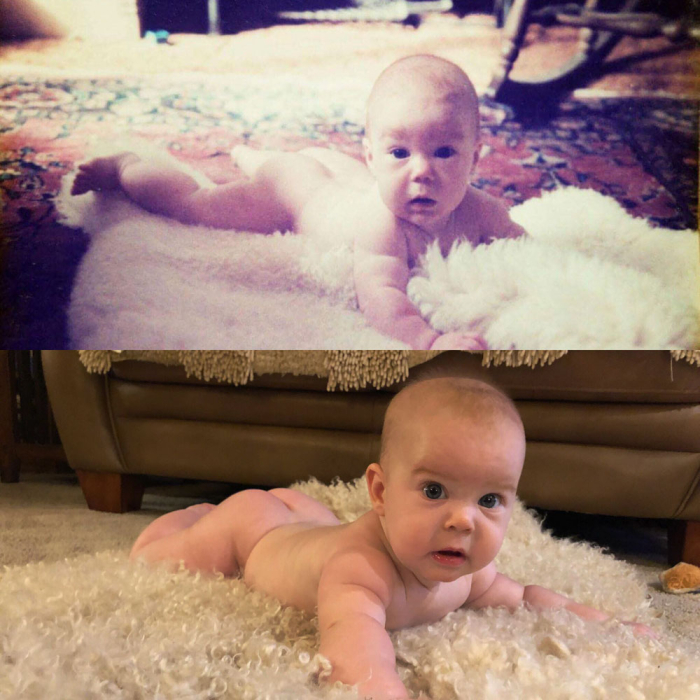 I knew it would happen.

Vicki, you know how to pack the fun into a post and this one is overflowing with it! But, those last two photos! OMGosh... too cute!!

This is such a great, fun collection of photos! I was lucky enough to grow up among 10 cousins, and they were special times, just like you're providing for your whole family. And I love the same dimples and expressions in the last photos!

I have just loved watching the Mack-and-Malina shots roll in throughout the visit. It just warms my heart!!! XO I love seeing all the family fun. Your heart must just be bursting with love, Vicki! (And those bare-shots at the end? Oh, so much sweetness.) XO

The boys have really grown and matured from all the world travel. I'm sure they miss their cousins so much that they know how to hold on to the sweet moments. The pictures of Malina and Ali are just TOO darling! It's easy to see why you're head over heels!

Wow ... so much good stuff packed into this post! and I LOVE those last two photos. Their expressions ... priceless!

That sounds like a great end to Auntie Camp 2018! And those side by side photos of Malina and Ali - oh my goodness do they look alike!

So much fun. And as it’s been said...cousins are the best!

I trust everyone slept well after that fun excursion! Great pix. Thanks for sharing. Especially love Ali and Malina comparison pix. Seems like Mack needs a baby sister.