Well, I fell on Saturday afternoon, while carrying Malina across a grassy area in a park, which turned out to be very uneven terrain. It looked fine -- grass was growing, it had obviously been growing for a while & had been mowed -- but there had apparently been work done there much earlier in the season and the ground had never been properly leveled. My foot went into a small hole/divot and I went down -- HARD -- on my right shoulder. Malina, on my left, was startled but unharmed (thankfully)! Luckily, Ali was there with the Coffee Camper and she fixed me up with a bag of ice right away. Man oh man, it hurt and I thought for a little bit that I might have dislocated my shoulder. I could move it -- painfully -- and that pretty much told me that it was not dislocated.

I nursed it with ice packs and ibuprofen on Sunday, and on Monday morning woke up to find an enormous bruise that covered my entire bicep area. It wasn't really any worse, but painfully slow at feeling any better, so I stopped at Urgent Care on Tuesday on my way home from work. They took three x-rays and determined that nothing was broken or severely damaged. It is finally feeling a little bit better today -- some positions are better than others.

I've been taking it easy when I can... really easy, like, I haven't even been thinking very hard! I'm so glad Monday was a holiday, and that yesterday was my day off. I think those days off have really helped.

So, anyway, here are three of my favorites from various times over the weekend: 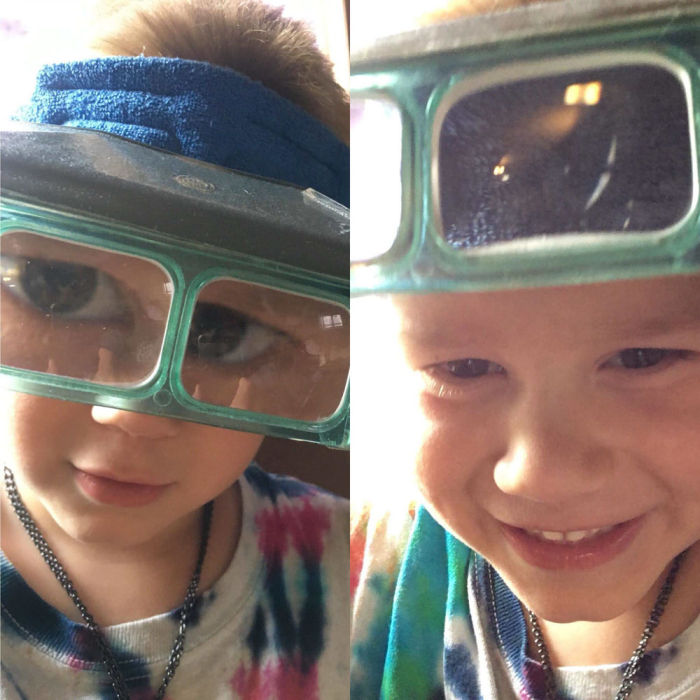 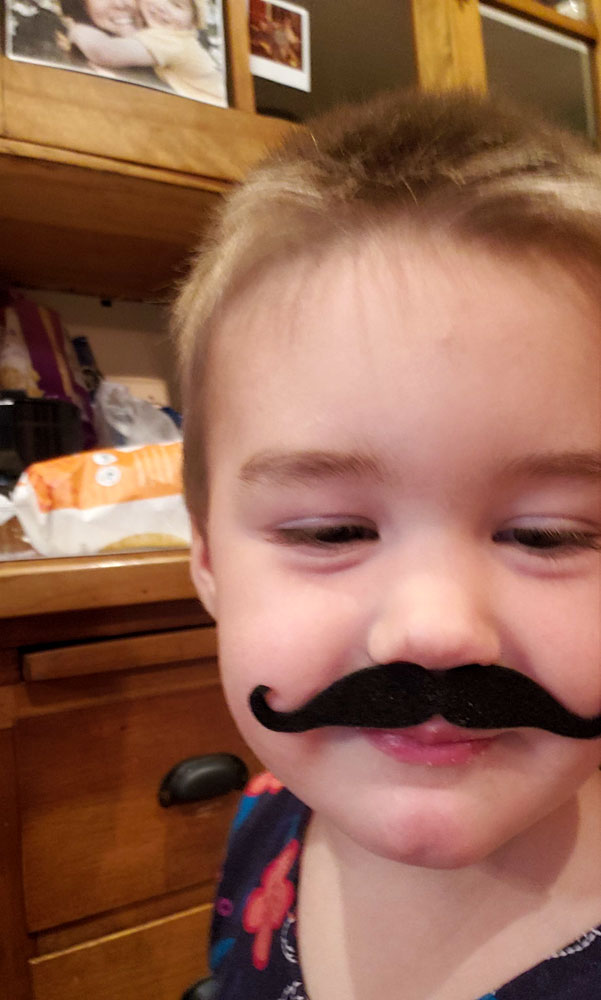 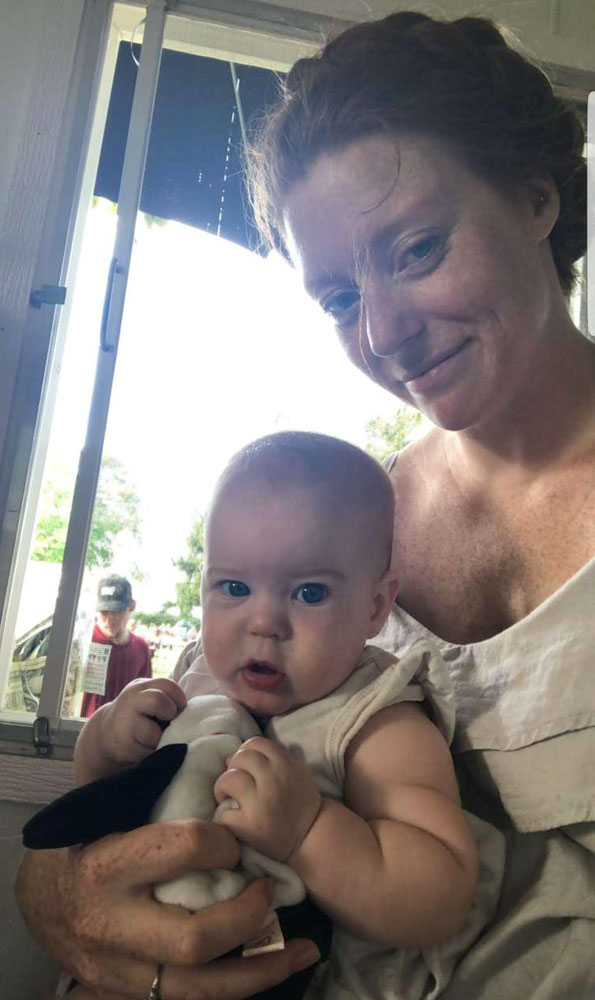 That last photo is very meta... it looks to me like grown-up Ali is holding little baby Ali!! (I was sitting just outside with ice on my shoulder.)

Oh, yeah, and our weather finally broke! It's been hot and humid and SO RAINY... lots of flooding in the area. Not us, we are high & dry, but two coworkers were off the other day dealing with basement flooding. Today, it's sunny and low 70s, blue sky with pretty white clouds, and the forecast is for the same for as far as I can see.

I hope you're having a good week! I am very thankful that tomorrow is already Friday. Visit Carole's for more "Three Things on Thursday" posts!

That weather is headed our way tomorrow - hooray. I mean, I love summer and I don't want it to go but they extreme heat and humidity is soul crushing. I'm so sorry you fell and were hurt although I'm relieved it wasn't worse and that Malina is okay, too. Rest up and take care and read all you want!!

I am so sorry about your shoulder! I hope you are feeling much better and soon! I am also glad that dear Malina was okay! And, I do love that picture of Ali and Malina... so sweet!

Here's to quick(er) healing, Vicki. I'm so happy you didn't break anything. Take care of yourself -- and keep moving slowly. XO
(Those kids are so dang adorable!)

So sorry about your shoulder! Hope it heals quickly. I have had several issues with my shoulders and it’s not fun, and prevented me from knitting! Horrors!! I really mean that. Life just isn’t the same when I can’t pick up a knitting project, to say nothing of not being able to pick up a baby.

I'm glad you are beginning to heal and very glad that Malina wasn't hurt. A fall like that is disconcerting, especially if you're carrying a baby. I love the goggle photos and think that Ali has a lovely almost Mona Lisa-like smile. Thanks for the good new that humidity-breaking weather is heading eastward; we desperately need it!

So glad to hear you're finally feeling a little better ... what a scare! Ali is a such a beautiful woman ... and mother. and her kids, well ... it always makes my day to see them doing anything (or even being still)! Take care of yourself!

Oh Vicki! So sorry about your fall. Glad Malina is fine and so thankful you weren't more seriously hurt. Hope you are healing a bit faster now. Those kids! That mustache - lol. The shot of Ali and Malina is so beautiful. Enjoy the weekend and rest!!

Oh Vicki I hope you'll rest this weekend and be on your way soon. It just stinks doesn't it!? Beautiful pictures!

Continue with easy does it!
The picture of Ali and little one is the sweetest.

Hope you're healing. Try some Arnica gel. Love all the pix.

Hope your shoulder continues to heal. If I could offer any advise I'd say to keep using anti-inflammatories to keep the swelling down. A friend ended up with frozen shoulder which was caused by a trauma to her shoulder. So glad Malina was fine. The pictures of your family are always fun, but I love the feeling of seeing Ali holding her sweet Malina. What a great photo! xoxo

Oh no! I'm glad you didn't break anything and that Malina wasn't hurt. Rest up!
blessings
~*~