We had a really nice day yesterday! 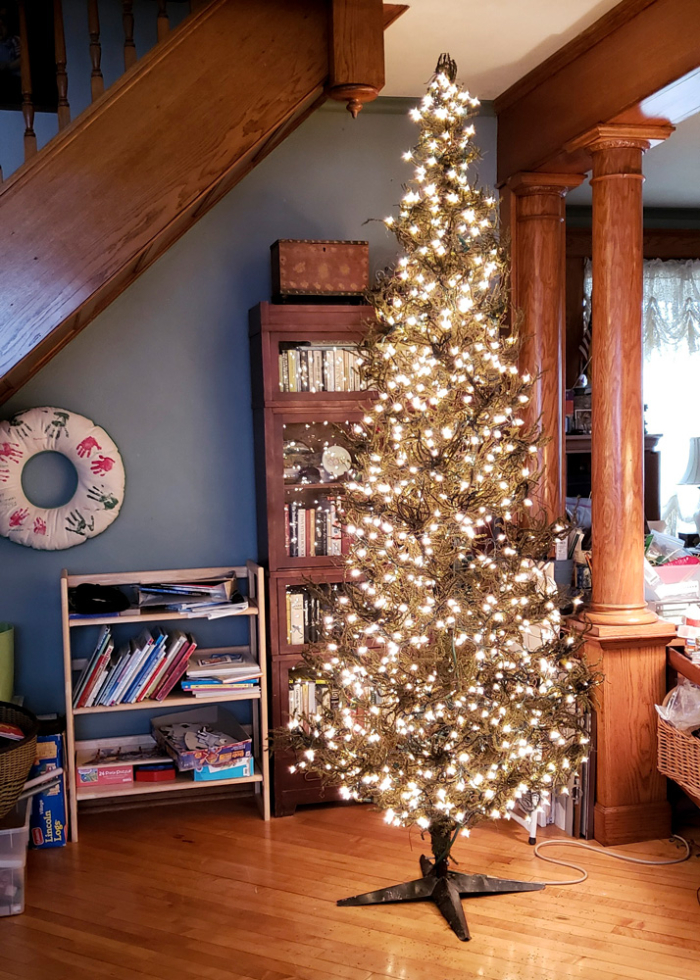 I fiddled with the tree lights -- wadding up three non-working half-strings and stuffing them near the trunk, and putting on four new 50-light strings.

Ali and the kids came over in the early afternoon and, as expected, excitement was off the charts once they noticed it.

They decorated the little wire tree in the kitchen, first, and then we moved on to the big one...

There's a bit more to do, and Maddy's box of ornaments await her arrival next week, but the bulk of it is done. Earlier than ever! That probably means it'll come down earlier than ever, too, but who knows... I really do love the light! 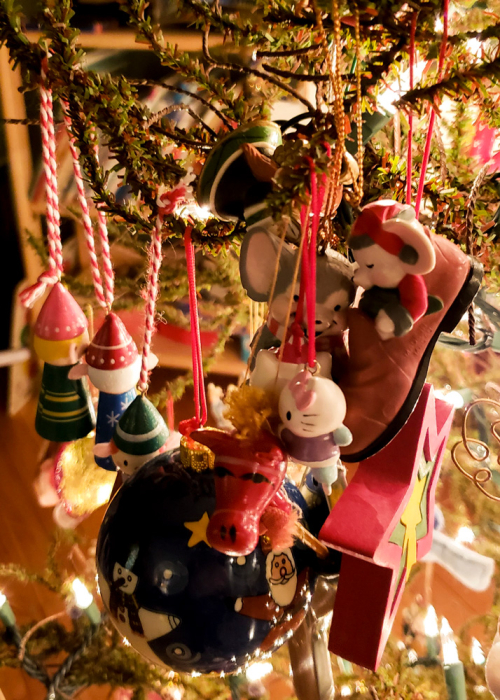 Ginny had a favorite branch for hanging ornaments!  :)

Our menu was simple and delicious, the main event being Cooking Light's Instant Pot Turkey & Sage Dumpling Soup. My only mods to the recipe were that I probably added a bit more veg, and I'd bought a split turkey breast that I had to de-bone myself and I went right ahead and cut it into pieces, too. I was worried that the small pieces would get overcooked, but they were perfect, and it eliminated the messy step of removing the turkey after it was cooked to shred/cut it up. That recipe is a keeper!

I'm off of work today, and plan to do some rearranging of furniture and also some yarn dyeing! Yahoo for long weekends!!

No matter how old, no matter how young, there's just something about the glow of a lit Christmas tree that makes us feel warmer.

Your tree is beautiful! I'm considering when to put ours up. I might just take down all the fall decorations today and then start Christmas tomorrow.

Gin's branch is my favorite! I think we might even get our tree out this weekend. I am LOVING the thought of just plugging it in :-)

I am with Mary - I am in LOVE with Gin's branch! Our tree is up and patiently awaiting some lights!

I also like Ginny's branch; it reminds me of Justin hanging multiple ornaments on one hook and then clustering them all together in one area on the tree. It all looks wonderful!

Your tree, as usual, is really beautiful! I love Ginnie's branch and the turkey soup sounds sensational!

Gin has the right idea , everything at eye level and no searching for favs! Love the tree.