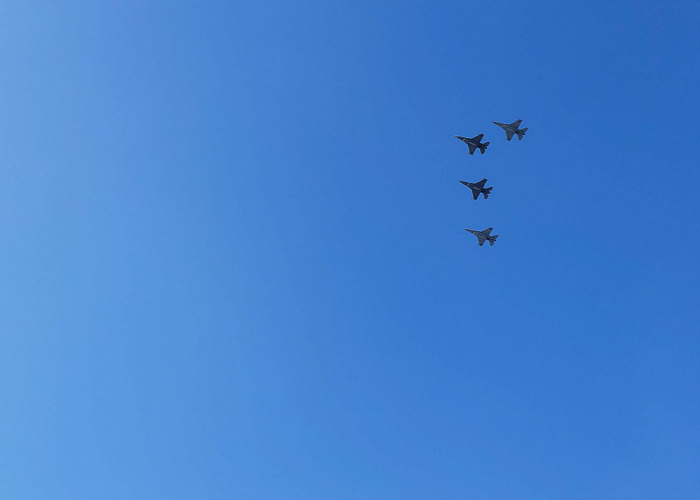 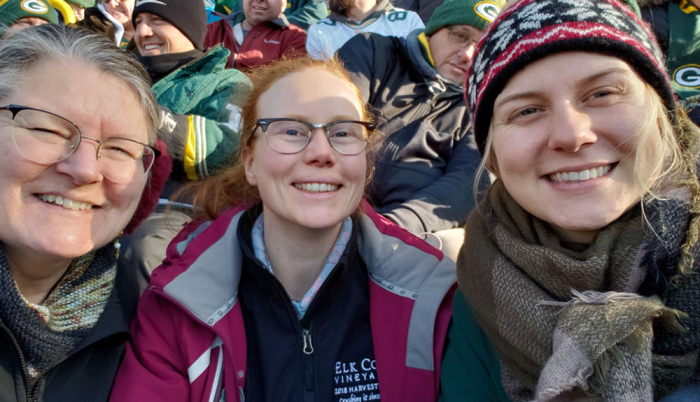 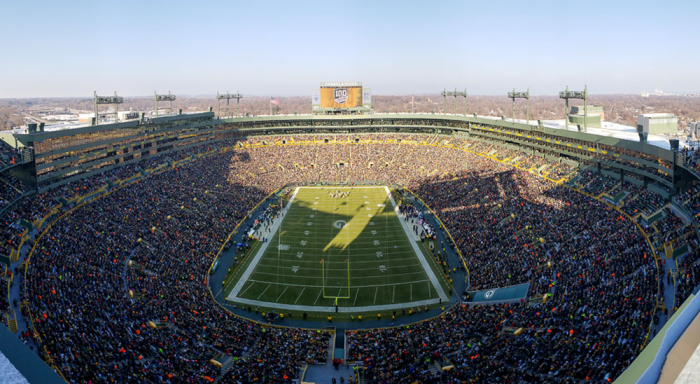 Maddy & I had the pleasure of taking her girlfriend Viv to her first NFL game at Lambeau Field on Sunday. If she never goes to another, she's done alright! I told her that anyone she meets who's into American football will be impressed that she's been there! 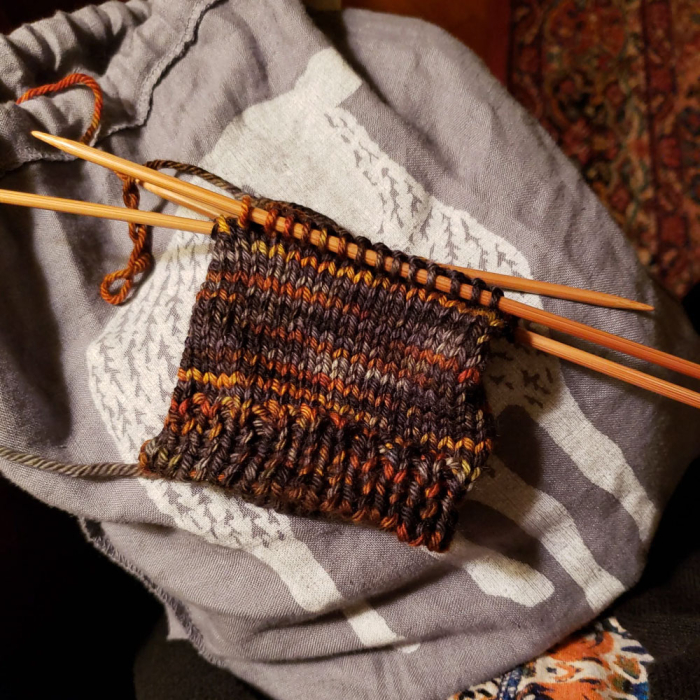 That's a sock -- shocking, I know! I can't remember the last time I knit socks, and I wouldn't have even considered it except that one of my favorite people in the whole wide world requested a pair, and Mary told me how much she loves knitting worsted socks and about her favorite pattern and modifications and before you knew it, I was dying worsted-weight yarn and getting excited about knitting socks!! Haha. And they are fast -- even with three or four tries before a successful tubular cast-on! I'm already ready to kitchener the toe... but think I'm going to frog it back to the start of toe shaping tonight and add a couple of rows.

:-) I'm so glad the Falcons obliged with such a dismal performance on Sunday ... and I wish I'd seen Santa land at halftime! (and yay for the socks! FWIW, I always use a twisted german cast-on ... much less fiddle-y than the tubular one)

Someone in your life is going to be very happy to be sporting warm socks! I agree with Mary. The German Twisted is perfect for the start of socks and hats.

Hmm, maybe I am doing this sock thing all wrong! And, I LOVE that yarn!

Ooooh! Worsted weight socks sound all squidgy and cozy! I saw that Santa landing, that stuff always looks a little crazy to this girl.

Love those Lambeau Field smiles you are all sporting, and the game sounds like lot of fun, too. And worsted weight socks sound lovely and cozy; care to share the pattern you're using? I usually use Twisted German to cast on socks. It's nice and stretchy and it gives me a funny mental picture of a Twisted German standing next to an Old Norwegian. :-)

I'm another one for using German Twisted for the cast on. I plan to try my hand at worsted weight socks (think they'll be great in hiking boots) AFTER the holidays! I am not into football or any sports at all...but Santa at halftime looks like a lot of fun. Love the yarn you dyed.

Football and knitting. Aside from my children, two things that make me happier than all else.

I'm glad you had a great day of football! Those cold games can be rough but a win makes them much better. Love that sock yarn, too!

Obviously I've got to learn German twisted! Glad you had a great day at the field. That sock yarn is gorgeous!