We got a pretty early start... because it's a long drive (7+/- hours) and we had another art stop in Chicago. A bridge was closed, so we were detoured north out of St. Louis... advantage being a new view! (Bissinger's, by the way, is a chocolatier. Mmm.)

The weather was being rather dramatic right off the bat.

Our first stop in Chicago, though, was for food! La Barca is a Mexican Restaurant/Taqueria/Food Mart that was featured on the Chicago espisode of Marcus Samuelsson's PBS Food series No Passport Required. This was actually Kate's idea! 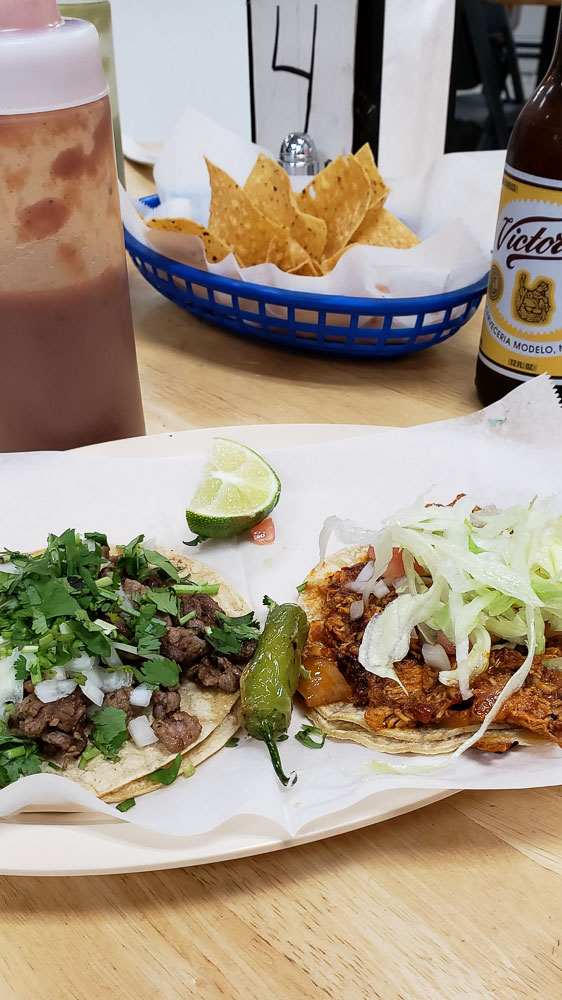 And it was a very good idea! The tacos were delicious... I had asada and pollo. And chips & salsa. And a beer. 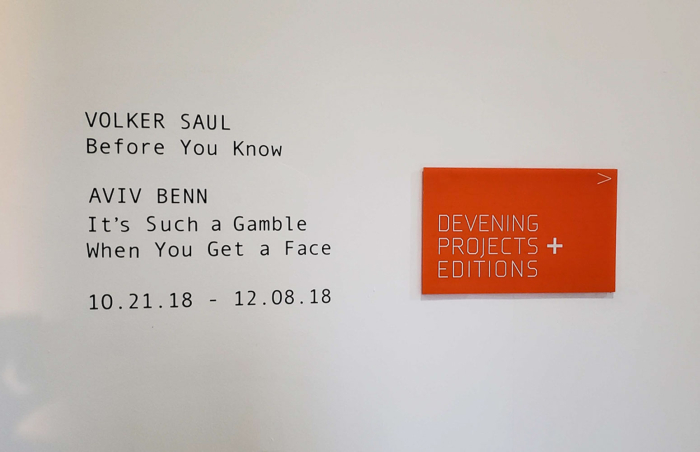 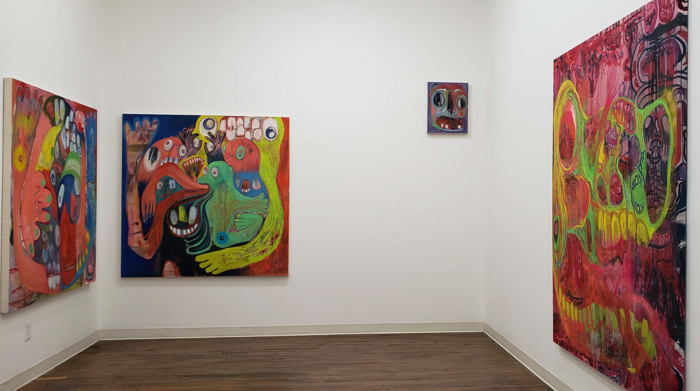 I met Aviv last year at her MFA Show in Chicago... a trip that I must not have blogged about! Kate's July 2017 youngspace interview with Aviv Benn. 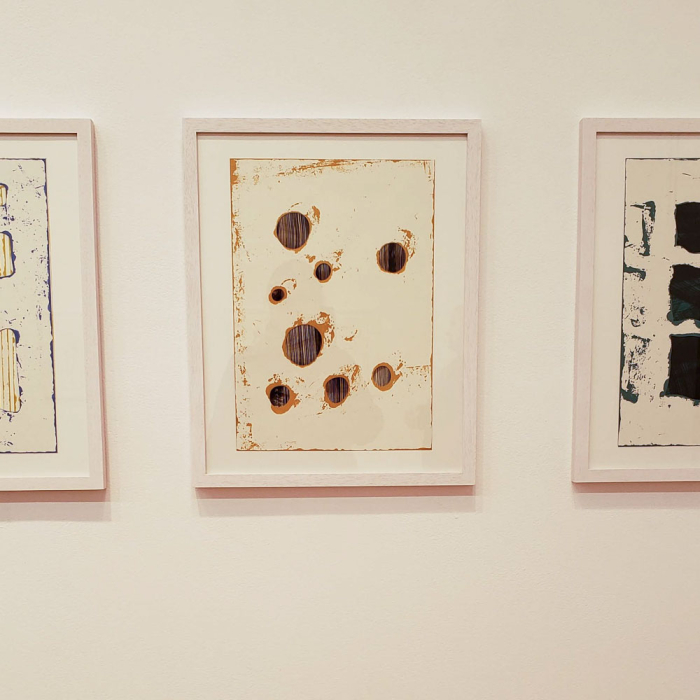 We also popped in to see Volker Saul's work and I kept being drawn to this one... with thoughts turning to sewing and Alabama Chanin.

The weather turned to crap (-pier) on the way home from Chicago. I thought I had the worst of it in southern Wisconsin, but then Kate took the wheel around Fond du Lac and it became crappiest -- wet slushy snow, not made any better by stupid drivers (of big trucks). 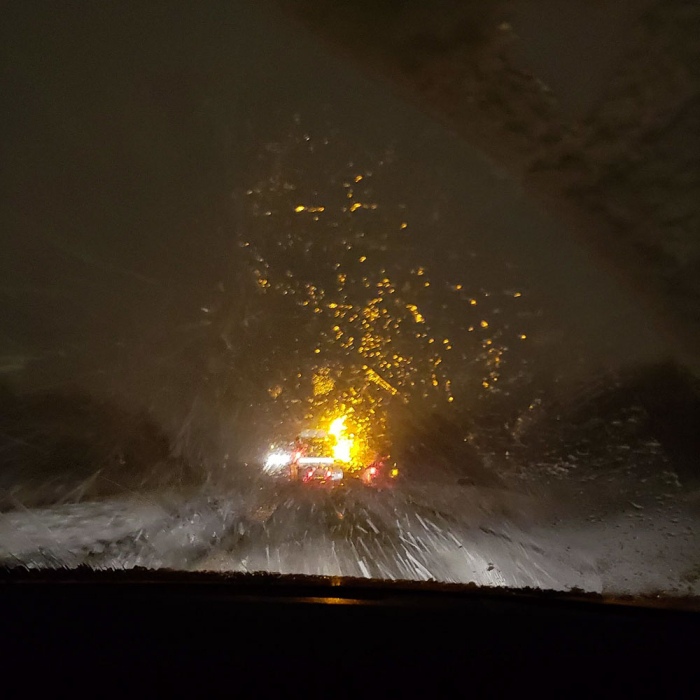 We ditched the freeway on the last leg home. At least downtown Appleton looked sort of pretty. We followed a snowplow for the last stretch. Needless to say, it was great to arrive home!

Those tacos remind me of my favorite taqueria in Fort Collins! Your driving home in crappy weather photos have a beauty of their own, but I know well the relief of getting home safely. Nobody wants that white-knuckle, nerve-wracking type of driving!

Those tacos look like tacos we get in Mexico - so good! That kind of drive home really blows, I'm glad you got home safely.

That food looks so good! I am envious of your stop there... and that artwork! What a great weekend away! Food for the body and soul!

I love Marcus' show- -lucky you to eat at one of his stops. Glad you made it home safe in spite of the of the weather and drivers.

A Whirlwind Trip indeed, but y'all did All The Things! Appleton downtown is pretty, but yikes, that last photo .. glad y'all made it home safely!

Okay. I am going to figure out some way to find my way into your bag for your next adventure with Kate! Y'all do it SO RIGHT. Sorry about the snow there at the end, but what a great trip you had. XO

The art shows you visit are all amazing. Glad the whirlwind trip ended up with you arriving home safely. You made the crappy weather look beautiful and with festive lights. I'm with Kym. I'd love to be in your pocket.

Very happy you made it home safe and sound! What a great adventure!