I'm having a Snow Day today... but not after actually driving to work, doing something for a half-hour to make it worthwhile, and then driving home! We're not getting as much snow as predicted, but it's very windy and that makes driving difficult due to visibility issues.

So, I'm working on a little of this and a little of that (mostly business/tax related stuff), and will also be taking some time for some FUN!

It was all about the movies last week/weekend! Oscar nominations were announced on Tuesday; on Wednesday, we watched Roma (10); on Thursday I bought tickets for next month's Best Picture Festival; on Saturday I watched The Ballad of Buster Scruggs (3), and on Sunday First Reformed (1). Roma won't be shown at BPF because it wasn't a theatrical release, and instead/new we will see the nominees for the Short Films (Live Action & Animated) at the beginning of each day, and I'm excited about that! There is a lot of crossover in nominations, especially when all of the BP films have been nominated in at least five and up to 10 different categories. There are a few biggies, though, that I'm going to need to find/stream somehow: At Eternity's Gate (local boy Willem Dafoe/Lead Actor), The Wife (Glenn Close/Lead Actress), Can You Ever Forgive Me (Melissa McCarthy/Lead Actress and Richard E. Grant/Supporting Actor), and If Beale Street Could Talk (Regina King/Supporting Actress). Without sounding too much like a nut, I'd also like to see Cold War and First Man. There are some other nominated films that I won't see at BPF, haven't already seen, or haven't listed... but arguably, not very many.

Also on Saturday, I visited our brand new LYS! Casting On had their soft opening, which I've been eagerly awaiting since I learned about it on the day my former LYS closed. The owners, Sara & Sam, are super warm & friendly, and I can't wait to watch as they all progress and grow... and Make.Do has been invited to take up some shelf space! 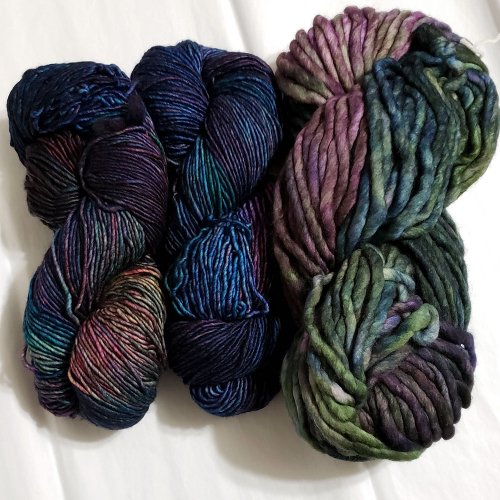 There's been a bit of a Malabrigo drought around here, though, so I fixed that! Those left two hanks are WASHTED worsted-weight, and I think they'll become a sweater for a certain little granddaughter who will be turning one in < two months!

There was a little website update over the weekend and an even tinier one this morning with some fresh-from-the-pot yarn: 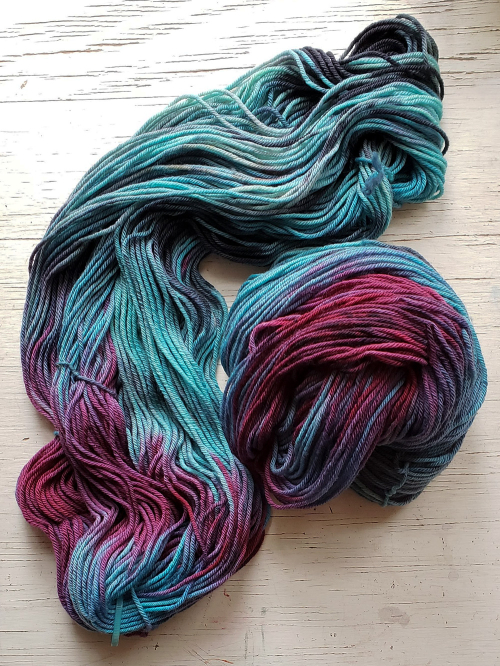 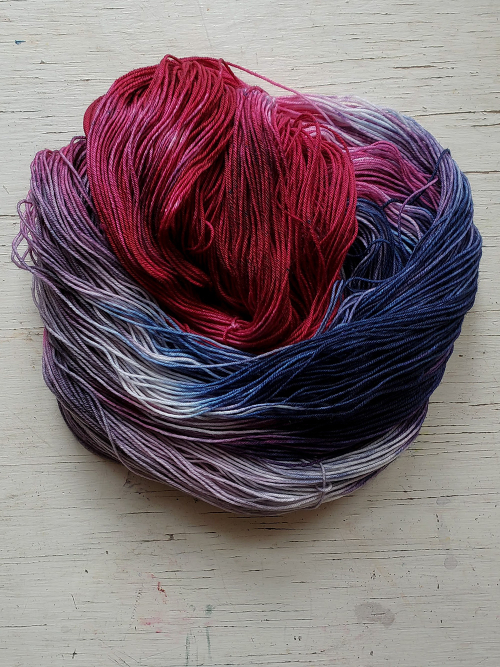 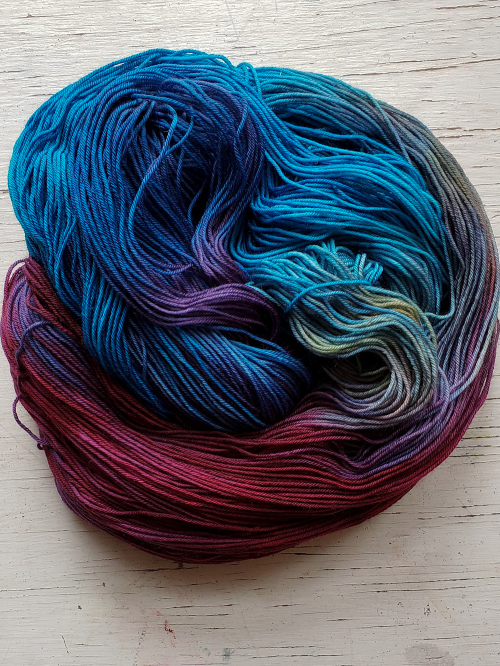 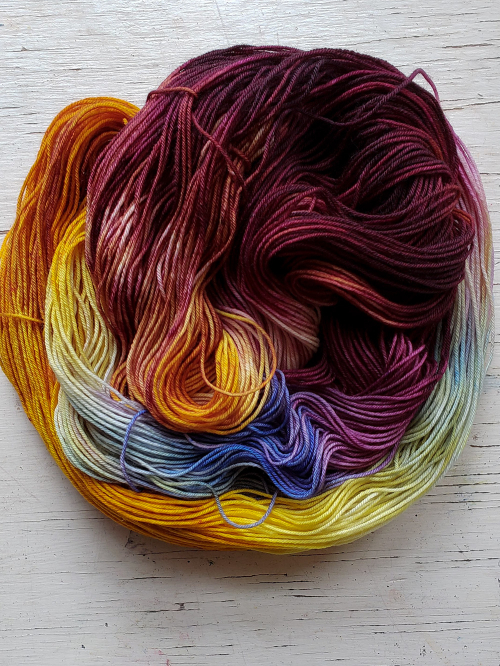 Check it out: Make.Do! The yarn in the top photo reminds me of last year's Best Picture winner, The Shape of Water, so that's what it's called!

OK. I'm getting back to work on this cold, snowy day...

I'm glad you're home where it's warm and it sounds like you're making good use of your time. I always feel like those snow days just fly right by and I don't make the most of it. I still have to see Roma, The Favourite and Black Panther for the BP nominees. The others will probably be too much of a stretch for us but I did see First Man and it's pretty good.

I'm thinking you should get another Snow Day tomorrow since you drove in today! Stay warm; I think beautifully dyed skeins of wool will provide the perfect insulation!

Thank you for sharing about Casting On - their IG feed is a lot of fun! Stay warm!

Something in the last skein of yarn really attracts me! But, I just bought a bunch of yarn! Hope you're safe and warm and the polar vortex blows over soon!

YAY - just ordered the orangey yarn I was longing for/needed - lol. Your newer colors above are gorgeous. How cool that Make.Do will have shelf space at the new shop - exciting!! Hope you are staying warm and safe in this weather. it is NASTY out there!

Beautiful! And, I am glad you have a LYS again! :)

I'm desperately seeking The Wife and Cold War, so if I find a streaming source, I'll pass it along. (I'm still hopeful for a local showing of Can You Ever Forgive Me and At Eternity's Gate, but will likely end up scrambling for them as well.) Your yarn is gorgeous!!! (We're having snow dayS here . . . many in a row. I've never seen that happen before. . . ) XO