May on the downhill slide

What a crazy month! I can't believe it's Memorial Day Weekend already! Spring has been awfully slow to start in these parts, and it sure doesn't feel like the end of May.

Plus book club, knit night, a long overdue hair appointment, a pedicure (first of the season)! 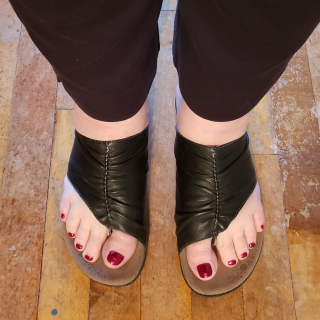 With all of that going on, I let #memademay (among other things) slide this year; however, I've been extremely focused on making this month, continuing to stitch on my Alabama Chanin Car Jacket every single day! 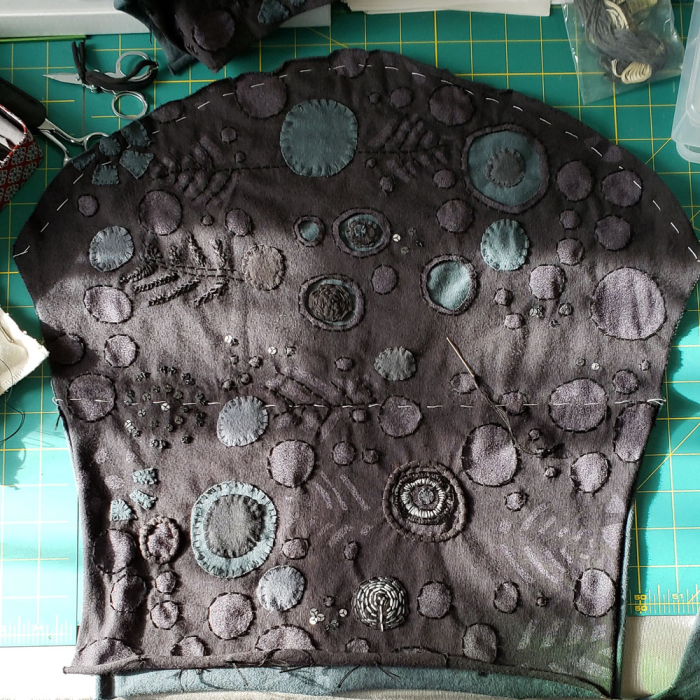 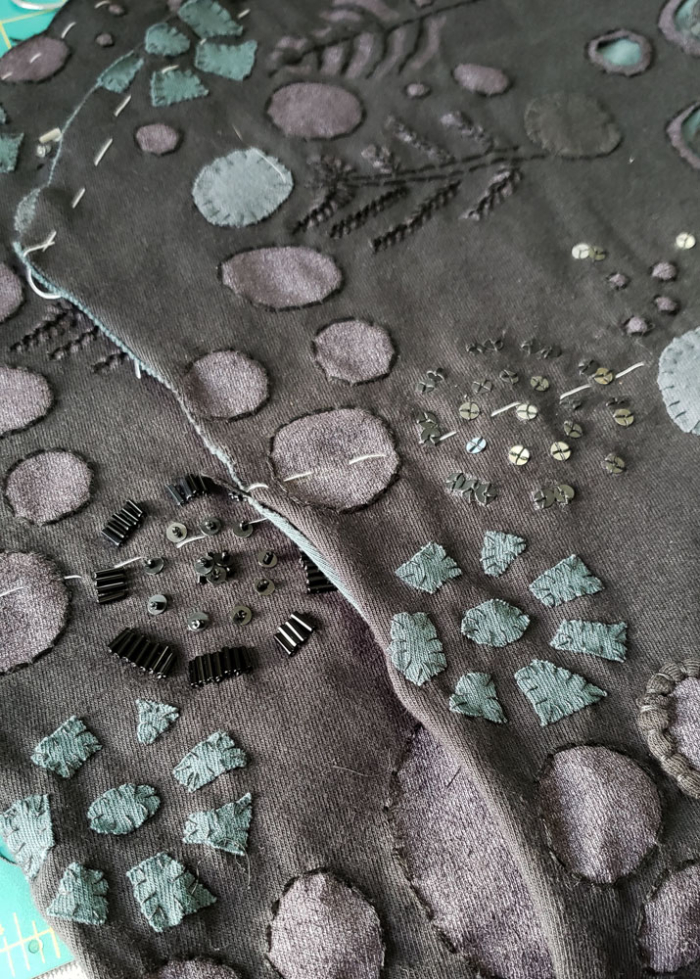 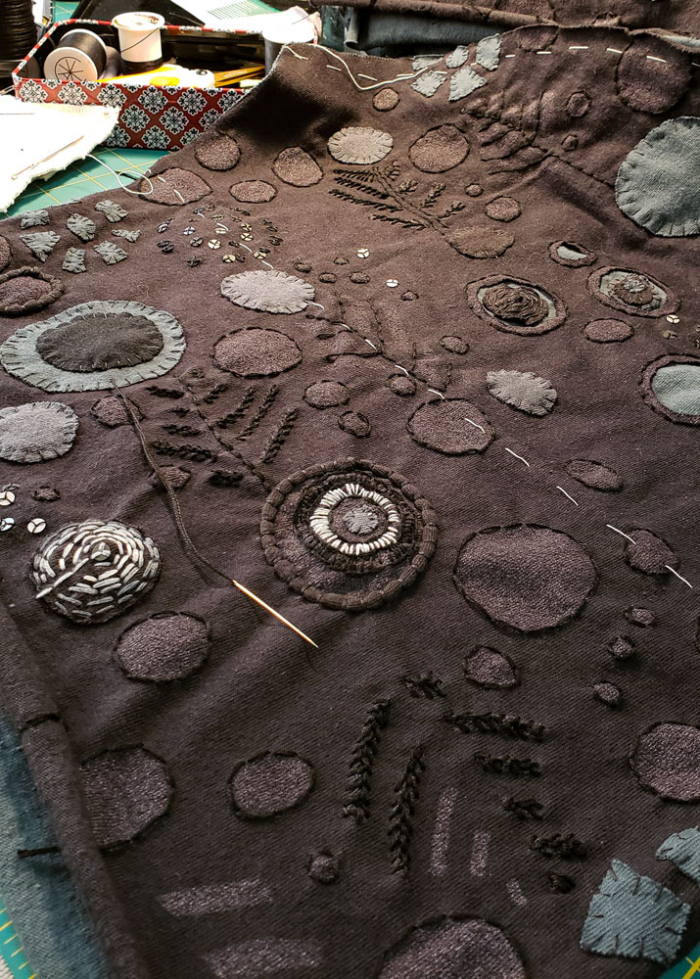 Sometimes a little, sometimes a lot. Day 50 of #the100dayproject was reached this week and I'm nearly finished with the embroidery portion of Sleeve #2. I'll break out the beads & sequins over the weekend!

I've also been knitting, continuing to work on my Entrelac Scarf. 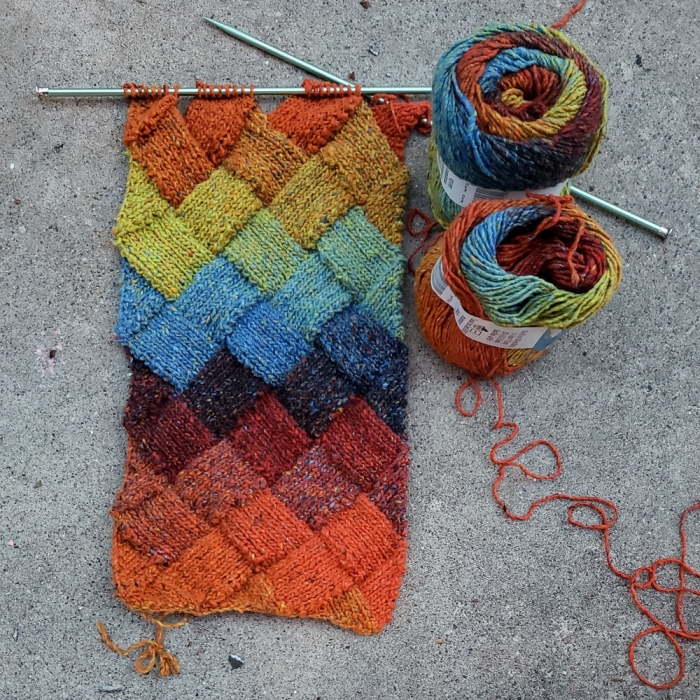 And I knit a wall hanging during the last episode of Game of Thrones. 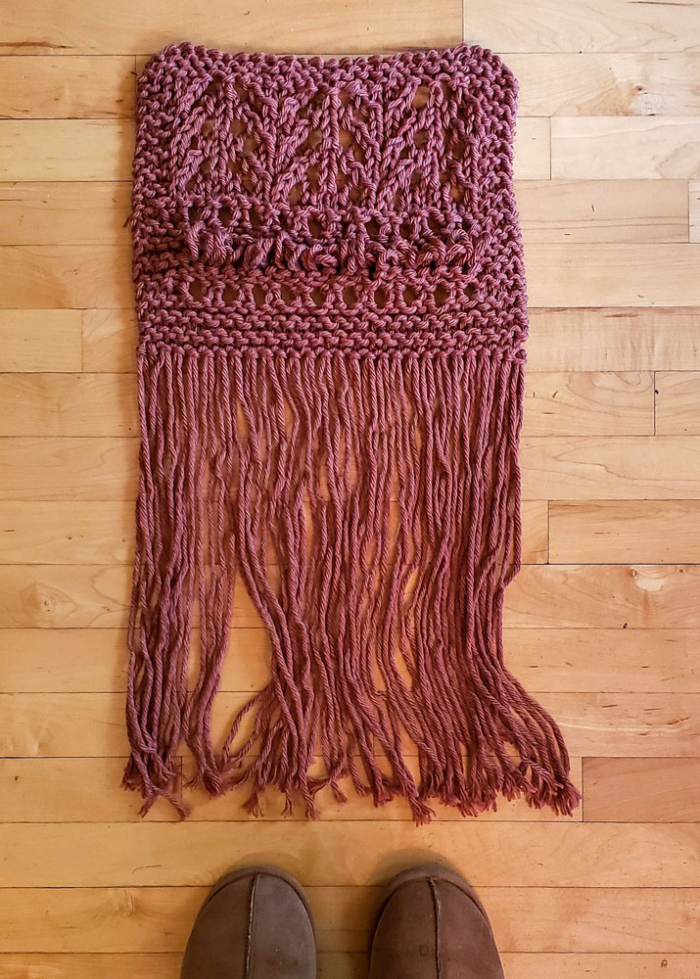 I still have to attach it to a stick and hang it up, but what a fun & quick project! One skein of super bulky yarn, an evening of knitting with super big needles, and voila! The (free on Ravelry) pattern is pineroot by jennifer dziuba-leatherman.

I'd recently been thinking about needing to replace my car... even more since the exhaust system was the loser in a scuffle with a chunk of ice a couple of months ago. Then I noticed another something under the car dragging on the ground (nothing serious & an easy fix, still...). It's been a great car, but it's 12 years old, is closing in on 166,000 miles, and there are a few other things. 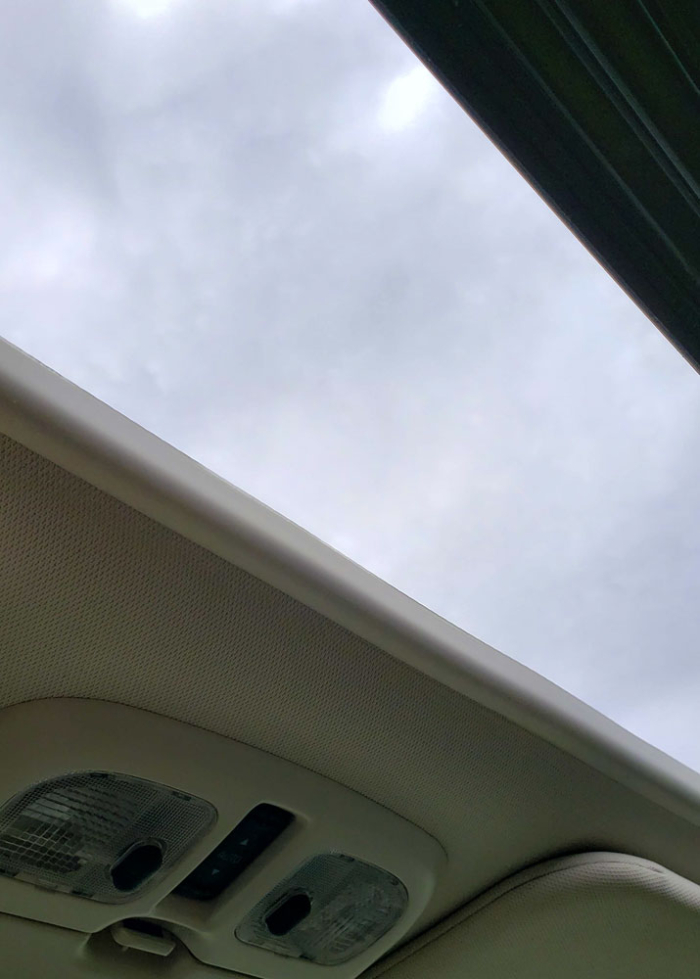 I wasn't seriously looking, but have been driving Kate's Subaru Forester a lot since she's been gone and really love it, especially the heated seats and the sunroof! A couple of vehicles on a downtown lot had caught my eye, and I took a good hard look on Mother's Day when Ali & I happened to walk by. There was a 2011 Ford Escape that ticked most of my boxes, plus it was one of those one owner/low miles deals at a great price... seriously, an 8yo vehicle with 40,000 miles. I took it for a drive on Saturday -- it still had the new car smell and was super clean. Weirdly (or not), I noticed that even the wheels wells were practically spotless. Well, the gist of it is... 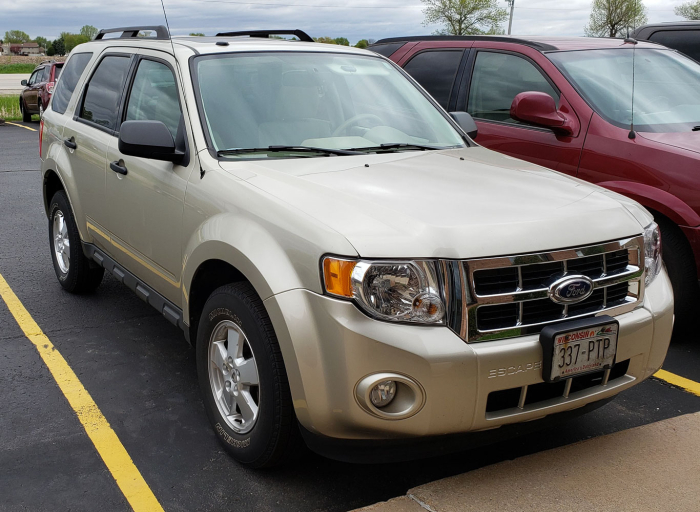 It doesn't have heated seats and I'd have chosen a different color (this is "Gold Leaf Metallic," aka "tan"), but it does have a moonroof (a sunroof with tinted glass), 4WD, and SYNC/Bluetooth (which I still have to figure out), and IT'S MINE -- I love it!!

I missed Ginny's dance lesson this week because of my first hair appointment since October 31st (I'm beginning to channel Rapunzel), but the kids all came over afterwards for a while so Ali could do some prep for an event. 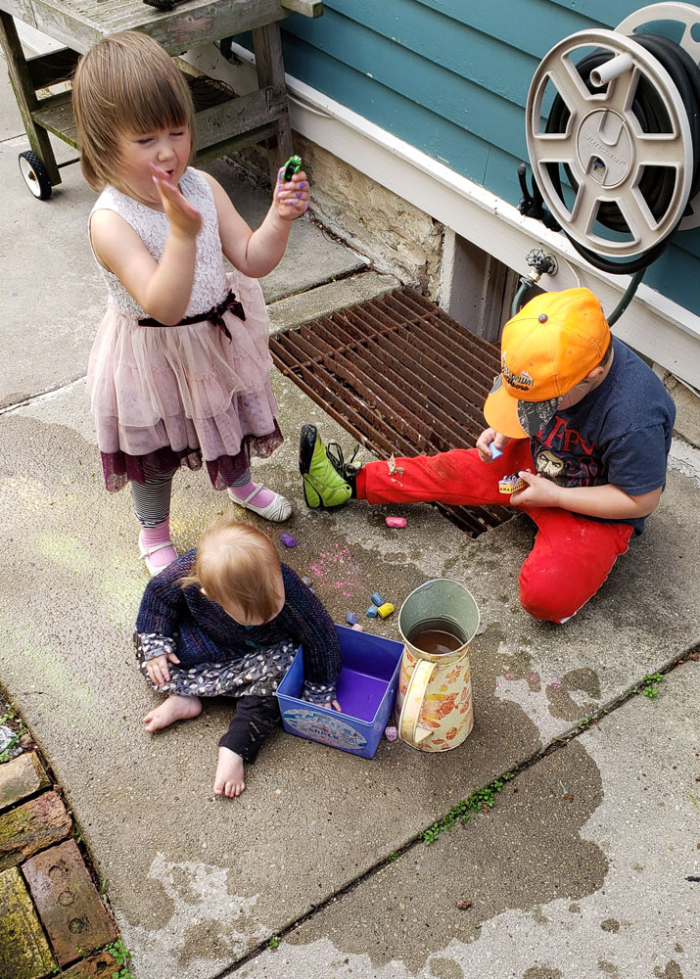 I'll have the big kids for much of the day & overnight on Saturday while Ali & Rod attend the out-of-town wedding of some friends.

I'm looking forward to the holiday weekend and a short work week to follow! I'm heading to NYC a week from today to spend a few fun days with Kate before she goes all-in to prep for this year's Greenpoint Open Studios show.

All.the.fun! Yay for your new vehicle!

But your stitching... oh my! Divine!! XO

YOU have a great weekend Vicki! Congrats on the new wheels and have a blast in NYC!

I kind of like that you've been more focused on making than posting for Me.Made.May. Congrats on the new wheels, that's always exciting. Enjoy the long weekend, followed by a short work week.

You are the Queen of Making, and I've been loving watching your AC stitching (and more to come)! My sil got a new-to-her Subaru that had a small rust pot. She thought it was unsightly, so she painted a small flower over it, but the project has grown over the last three years to include a garden that goes all the way around the car. We've all contributed, and I bet you will find a way to make a tan Escape your own. Have a terrific weekend!

Have a sweet ride in the new wheels. Bluetooth is wonderful. Mine is not functioning in my car. I miss it. You've had a busy month-lots of fun events. Congrats on the success of your AirBnB. Have fun in NYC-I'll be there at the end of June to see Tootsie-my daughter is working on that show and I will get to see their new apartment. They just moved to Brooklyn.

Congrats on your new car! And all those AirBnB bookings - that should help with car payments! I can't wait to hear about your NYC adventures!

You've had quite the month with a little of this and that (or a lot of this and that). Watching you create the sleeves for your jacket has been inspiring! I'm not looking forward to buying a new car. I hope to get one as nice as yours!

Hello! I come to you via Stepping Away from the Edge.

I am so impressed with your Alabama Chanin jacket. Making an Alabama Chanin skirt is on my bucket list. I do so much better with hand-sewing than machine.

And your entrelac is gorgeous. Another technique I need to learn.

Hoping you had a fabulous weekend! I'm sure those too-cute-for-words grandkids were involved somehow.

Love your sewing, love your new car, love that you are heading to NYC, love that your AirBnB is filled. Yikes! You are one busy lady!!

You will love the Escape. I have one exactly like it but no roof rack. Mine is the same color and a 2011 as well!

wow, May was a whirlwind wasn't it?! I have so enjoyed your Car Coat progress and can't wait to see/hear more about your NYC trip!