A quick & random catching up of a few things...

It's a little weird that I'm writing a "random catch-up" post in November during NaBloPoMo, when I'm blogging everyday, but what a November this is... in a good way, there's good stuff happening, but my free time is... mostly not really "free." 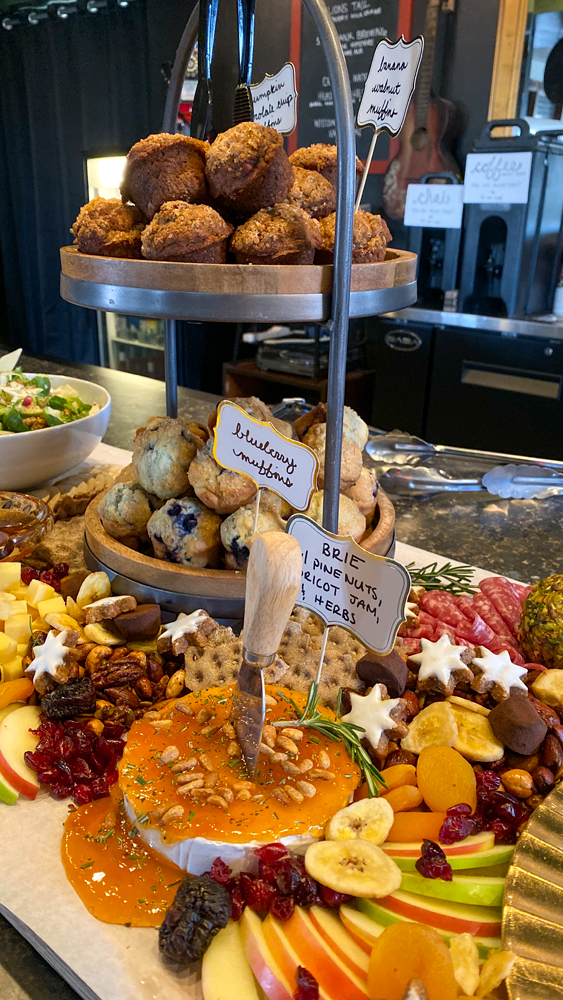 This is the tiniest portion of an epic spread for a buffet brunch/pop-up shopping event that my friend Peg & I attended last weekend at 313 Dodge. There were mini quiches, scones, almond-stuffed/bacon-wrapped dates... it was amazing. With a mimosa. (I never even had a share of that delectable looking brie!) 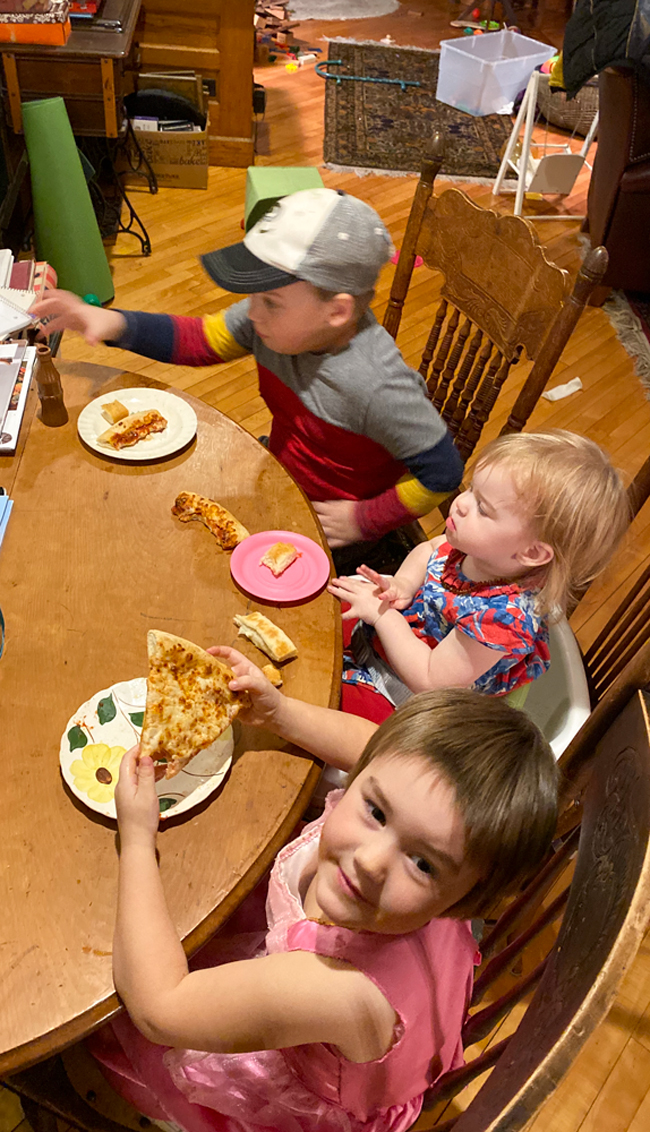 We were a bit more low-brow last night, with pizza delivery at home. Junah figured out/decided to raise a leaf on the drop-leaf table, and it turned into an impromptu kids' table! Malina wasn't originally in the mix, but she got her booster and started pushing it in that direction, so... 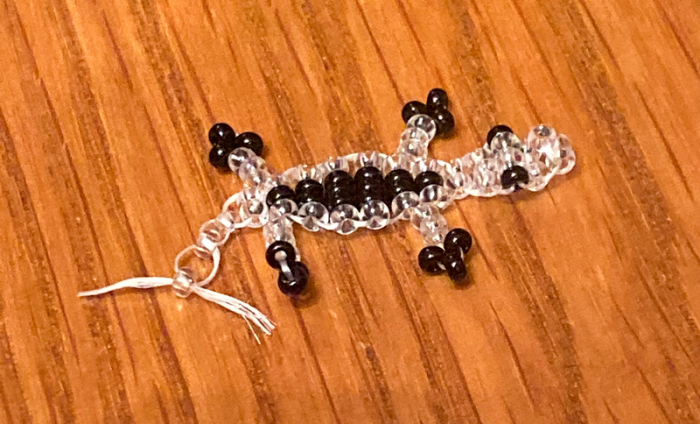 As established yesterday, Kate's taken up beading, and Ali was inspired to try making a little bead lizard like she used to make in high school. She remembered! This one's tail was cut too short, but there were two others... and a little hunt, with the help of three cell-phone-flashlights, when one went missing in the living room. Astonishingly, we found it!! 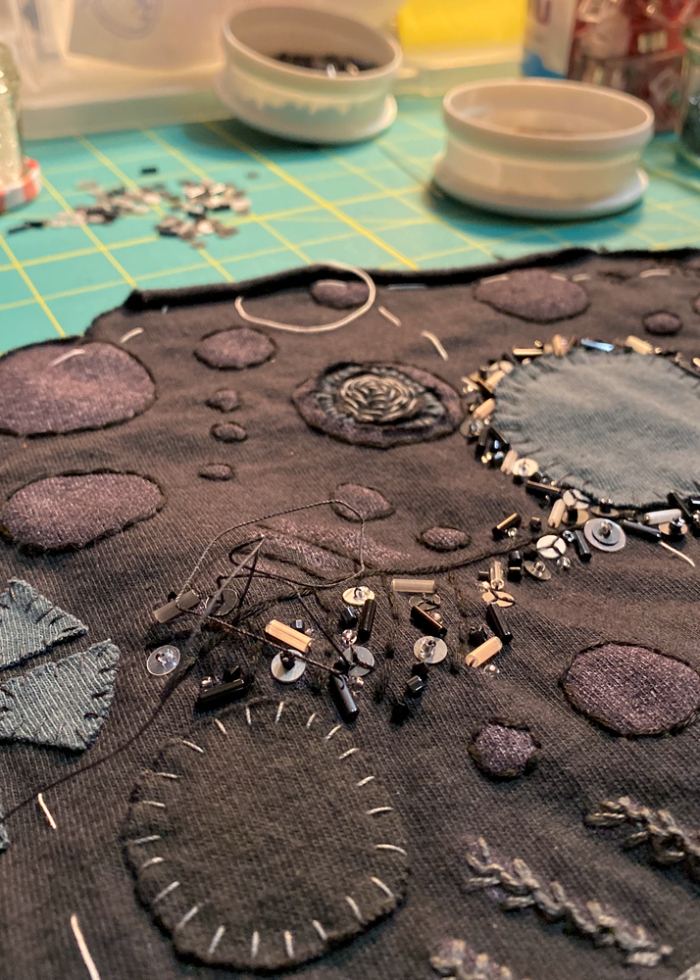 I'm not stitching nearly as consistently on this particular project during the current attempt at 100-days, but I am sewing... and also knitting... almost everyday.

I might even have some real stuff to talk about for Unraveled Wednesday tomorrow!

I think I will make that delicious-looking brie for a Thanksgiving appetizer! It's a good thing I just finished some yogurt, otherwise that incredible spread would make me very hungry. I'm glad to see bead lizards, a photo of the pizza party, and some beautiful blinged AC stitching!

This post is a great reminder of all the good we have to be thankful for if we just look for the random joys instead of the home runs.

This post reminded me of all the stories I haven't told on my blog - and also that I love baked brie. and can't wait to see the beading and the sewing modeled (I know. it's now progressed to nagging!) But here's to November and all the good things!

That appetizer spread is amazing - I'll be taking some cues for that one for Friday Night Snacks! The kids are so cute with their pizza, too.

My mouth is watering looking at that brie! I think you need to make one for yourself, seeing as you didn't get any at the event.

Your stitching is looking incredible!

Those cheeses! Yum!! (But, those kiddos!! STEAL.THE.SHOW!) I look forward to you making update!

Your blog posts are always so full of good things...cute kids, making updates, and FOOD!

It is so hard to work on projects at this time of year. Holy moly! There's so much going on. And . . . I'm just smiling thinking about Malina pushing her booster chair over to the "kids table." That kiddo is not going to be left behind!!! XO