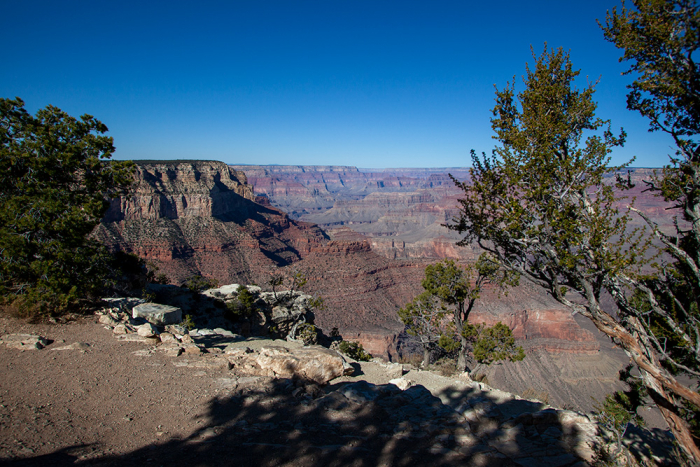 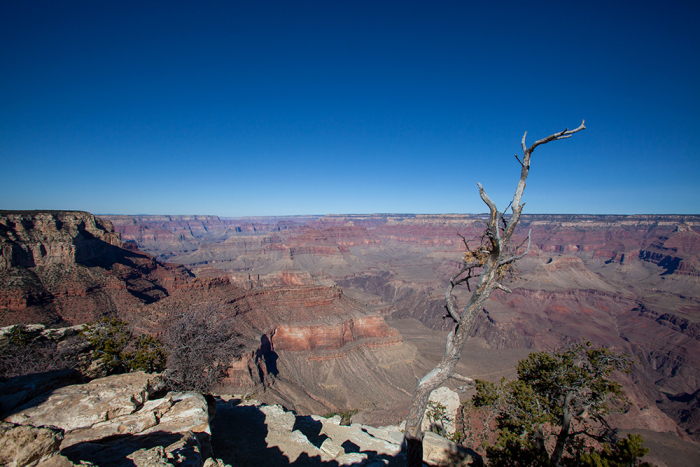 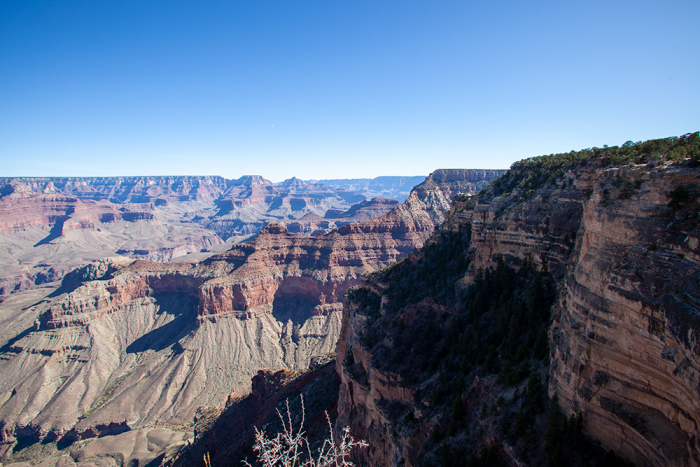 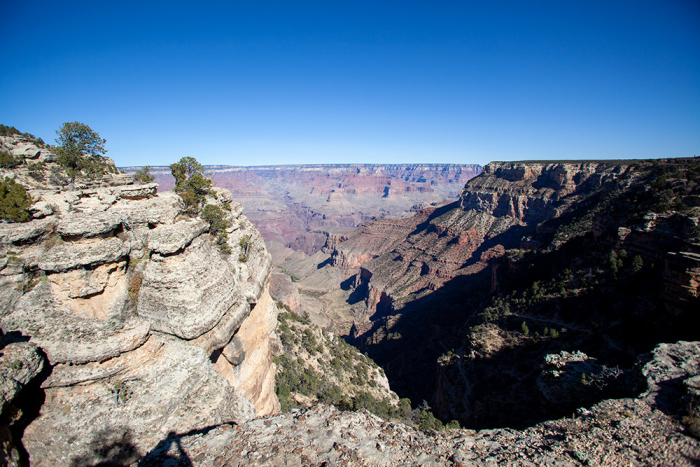 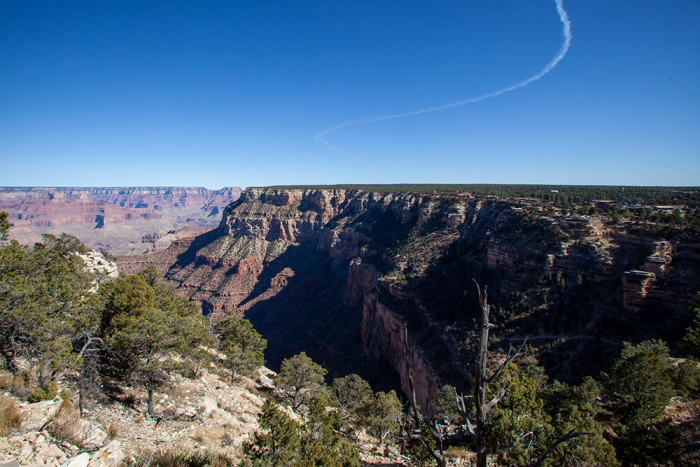 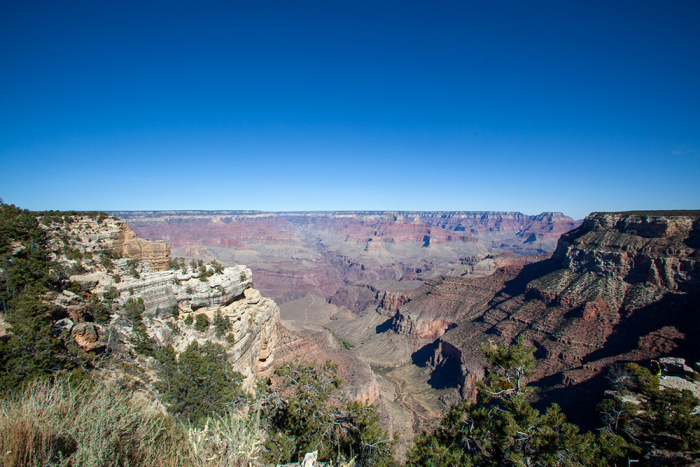 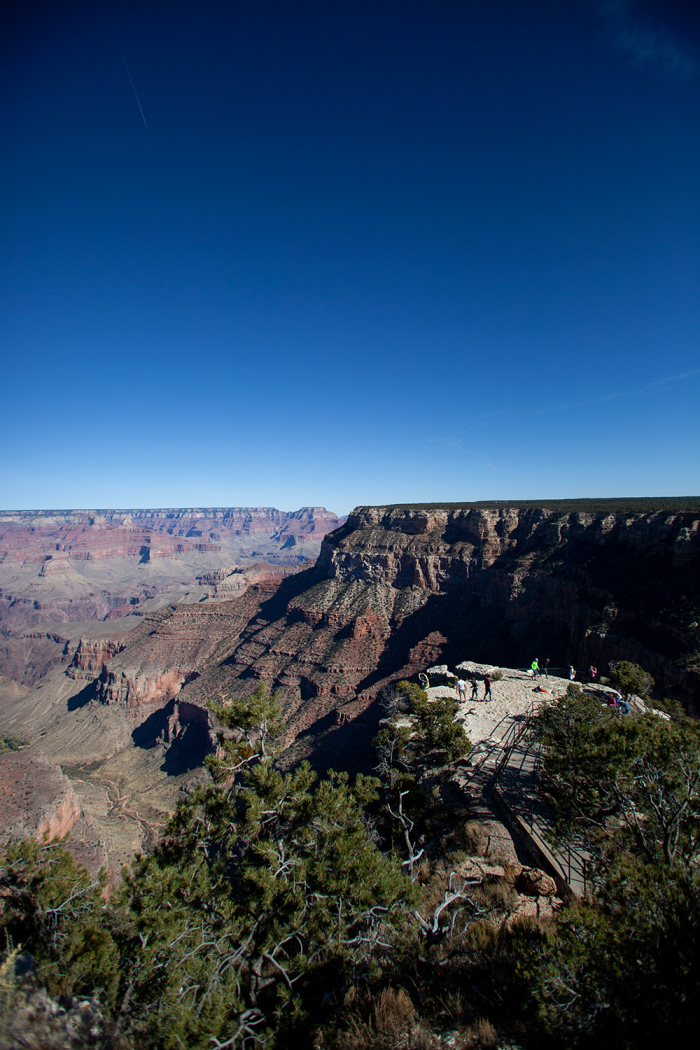 The Grand Canyon was amazing! We were warned that it's usually at least 30 degrees cooler at the canyon, but it was not a usual day... we kept shedding layers and, at most, it was maybe 10-15 degrees cooler. And even 15 degrees "cooler than 85" is... well, just not that bad! Haha! Not bad at all.

The vapor trail is from a jet formation that flew over! They were so incredibly close together, it looks like one but there were at least 5 or 6 in formation, plus one off to the side (slightly) and another a little further back, bringing up the rear.

Grand, indeed. You always do marvelous work, but so glad you got to use the big camera and shared with us.

Gorgeous photos! I hope to get there one day.

Stunning shots! I'm sure they don't even begin to do the real thing justice, either.

The Grand Canyon is so long, so epically large and magnificent. Your pictures show the amazing scope of sky, rock, strata, and grandness!

Those blue skies ... and all the rest - what a sight! Thank you for lugging the big camerawomen :-)

Wow!!! What gorgeous pix. I love all the details you were able to show and the colors are breathtaking. Thanks for sharing.

We visited the GC for the first time a couple years ago. It was so awesome! No words can describe the enormity and beauty of it. So glad you enjoyed it.