Honestly, with the first & busiest week behind me, I think it's mostly a downhill slide from here until Christmas! That's not to say there isn't anything to do between now and then... there's plenty!

We took the kids to the parade last Tuesday and they had a blast.

Junah's mouth was literally agape a few times, and they collected as much candy as they did on Halloween (if not more).

Kate & I drove down to Milwaukee on Wednesday afternoon to collect Maddy & Viv! That was a long day, but totally worth it.

On Thursday, I popped in at Knit Night -- only because I'm the host. I had a particular project that I wanted to finish, which I did, and then took my leave to spend some time at home with the newly landed.

Friday was my company's employee party... and the debut of PARTY PANTS! 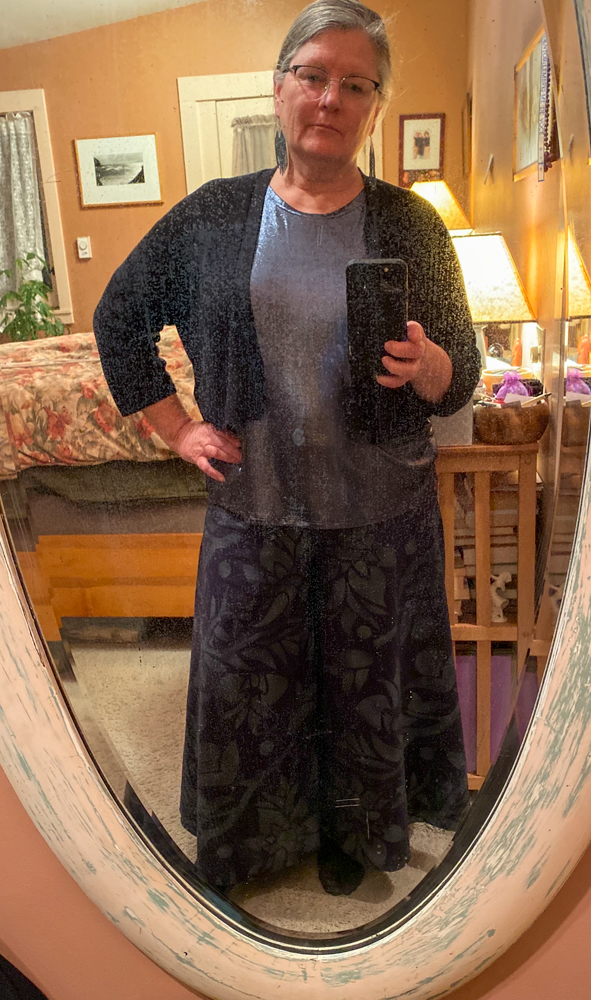 That's a terrible photo -- my bedroom mirror is very old and it doesn't not photograph well. Heh. Anyway, those are my single-layer Alabama Chanin Palazzo Pants, stenciled with a metallic/pearl paint. I'm wearing a shimmery top from H&M, and a cropped J. Jill cardigan that I've had for a while. 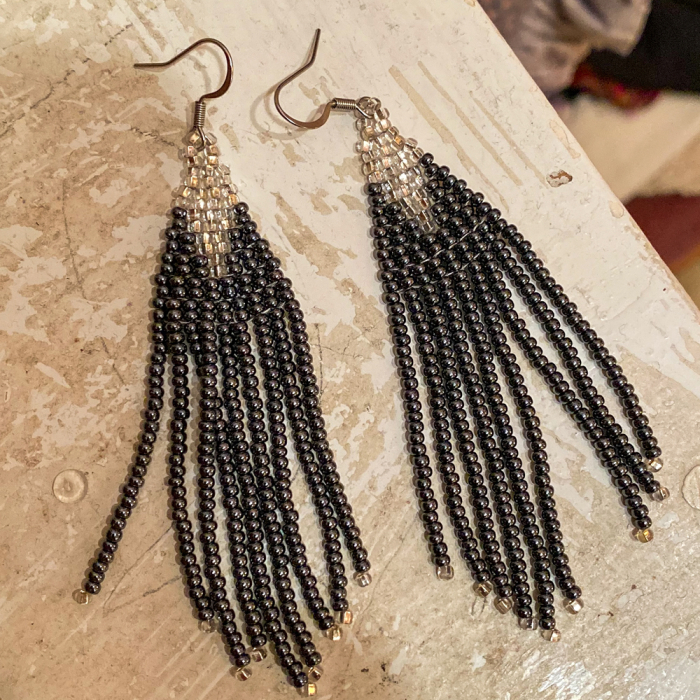 Our party began when we all met at an Escape Room. We split into two groups and spent an hour putting our heads together to try and solve clues! It was WAY more fun than I expected -- the room I was in was in the "film noir" genre, a murder mystery whodunnit (SO up my alley), and I was most surprised by a) how quickly an hour went by and b) that there was a second room! We'd barely entered and surveyed the second room when it was over... so, obviously, Philip Marlowe and Sam Spade were not being channeled by any of us, but it was a great time! We finished with a nice catered dinner at a local brewery.

Oh, did I mention that we had weekend Airbnb guests for yesterday's football game? Also, that dates changed and signals crossed... and that Maddy & Viv arrived about a week earlier than I initially thought. Long-story-short: When I finally realized (less than two weeks ago) that there was a conflict, I ended up booking an Airbnb for Maddy, Viv, and their friends Katy & Andrés!! (I'm thinking of it now because it happened to be kitty-corner from the brewery where our party was!) 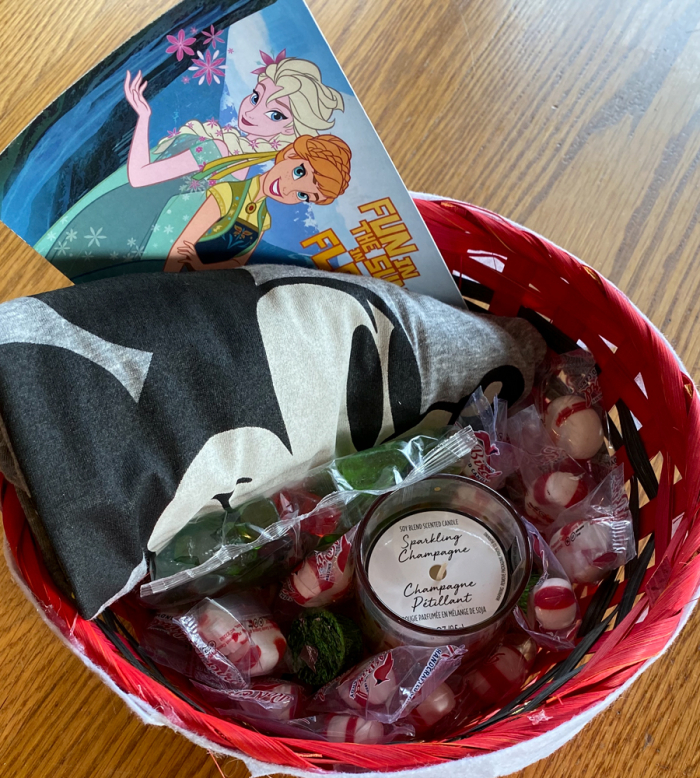 Our Airbnb guests were among the best we've had... and not just because they brought me a gift from Florida! We've been in pretty close contact from the moment they booked, and I wouldn't be surprised if that continued. It was a pleasure to assist them in fulfilling a dream...

On Saturday, I saw a Facebook ad for the "last estate sale of the year" from a local company and cajoled Kate into coming with me. Oh, what a treat that was... in an early '70s time capsule of a house. Here's Kate in the bathroom:

Seriously, I almost took the same photo. We found a couple of treasures, too!

Hooray for Maddy & Viv at home (and Airbnb!), and Party Pants! You and your pants look great and I hope you take them out several more times to celebrate!

I am so glad the girls are home! Those party pants are awesome! (and your outfit is magnificent!!) Thank you for the link to the new earring endeavor! I will be watching for the website!

How fun to have your family together for Christmas! Love the party pants! They must be amazing in person. All that sparkle!

Those party pants - and that entire outfit including the earrings - are the bomb! How awesome for you to have all your girls home for the holidays!

The party pants are epic! And I love the earrings -- just the right amount of sparkle!

What a GREAT weekend! This is such a busy time of year -- but so worth it when it includes your family and those kiddos (!) and the best bathroom photo ever and . . . your holiday part outfit is just The Best! XO

So glad the girls are home! Your Party Pants - your entire outfit - is just perfect. And the earrings - LOVE them. Mailing enjoys going to escape rooms. Such a busy and FUN time of the year - ENJOY!!!

So much good stuff, Vicki (especially love the parade, the party pants AND Maddie back in town)! I know you're enjoying every second - thank you for sharing bits with us, too!

Very busy but all fun events.Your pants look fabulous! The outfit is well coordinated. The kids look happy at the parade even tho it's cold. How fun to have Maddy home. Escape rooms scare me-I'm claustrophobic and would worry we wouldn't get out. Lucky to find an AirBnB so close. 70's houses are fun, I had 2 of them.