One thing I really wanted to do this month, while Maddy was home, was to have some family photos taken -- because she wasn't here for the session last summer. 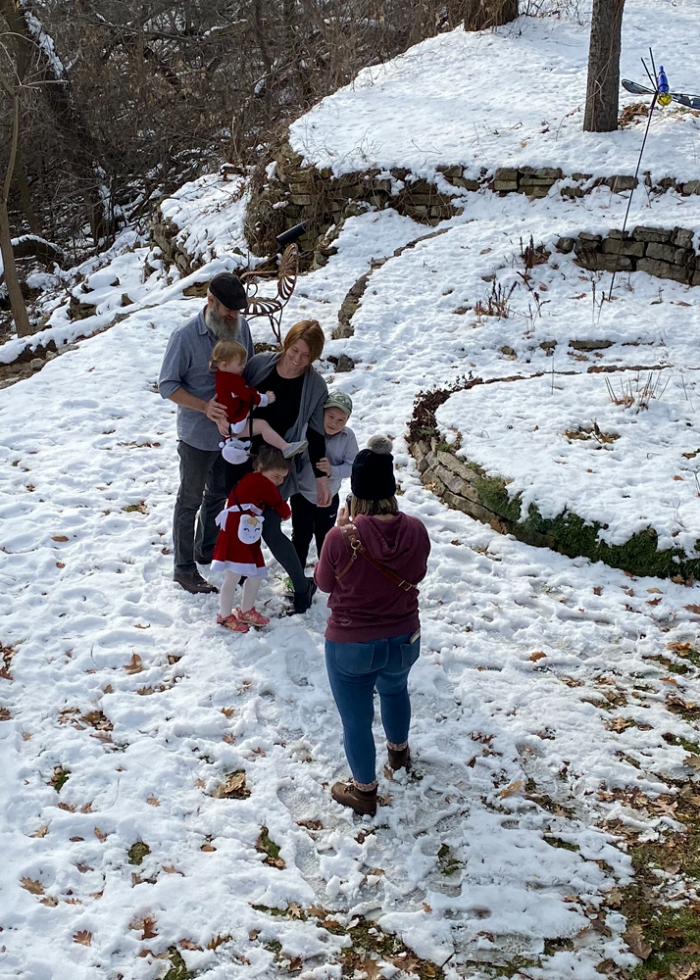 I hired Mary, again, to come over and take various group shots, some decorating the tree shots, and some under-the-mistletoe shots. I haven't seen anything official yet, but here's one that I snapped of Ali & her family from the back porch. Junah was MUCH more cooperative than he was last summer. 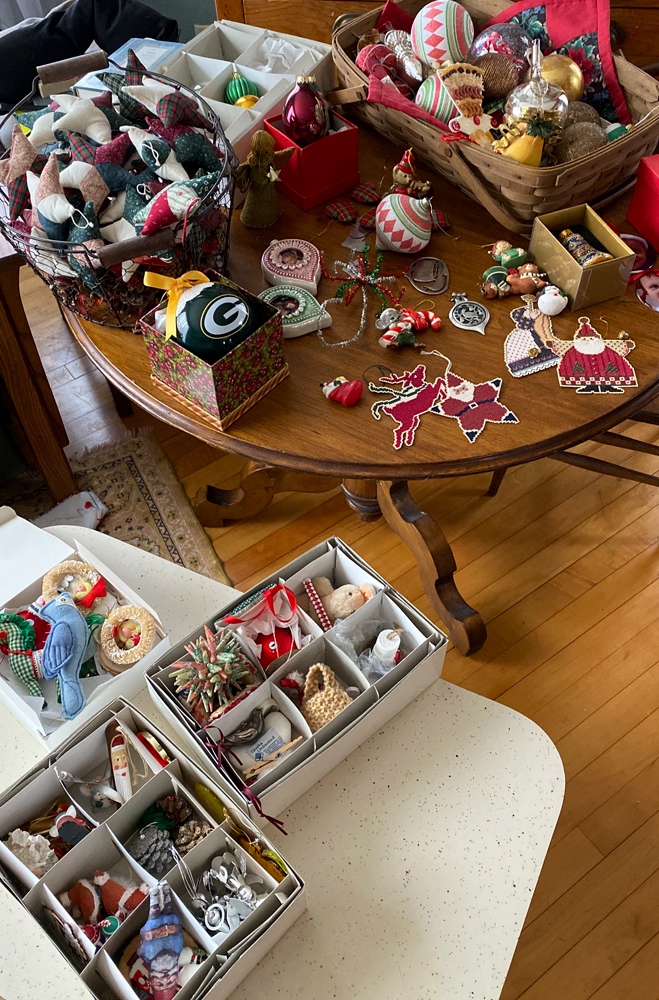 My tree is still scarcely decorated because, knowing it would be a little crazy, I put out a selected assortment (of mostly nonbreakable) ornaments for the photo ops. 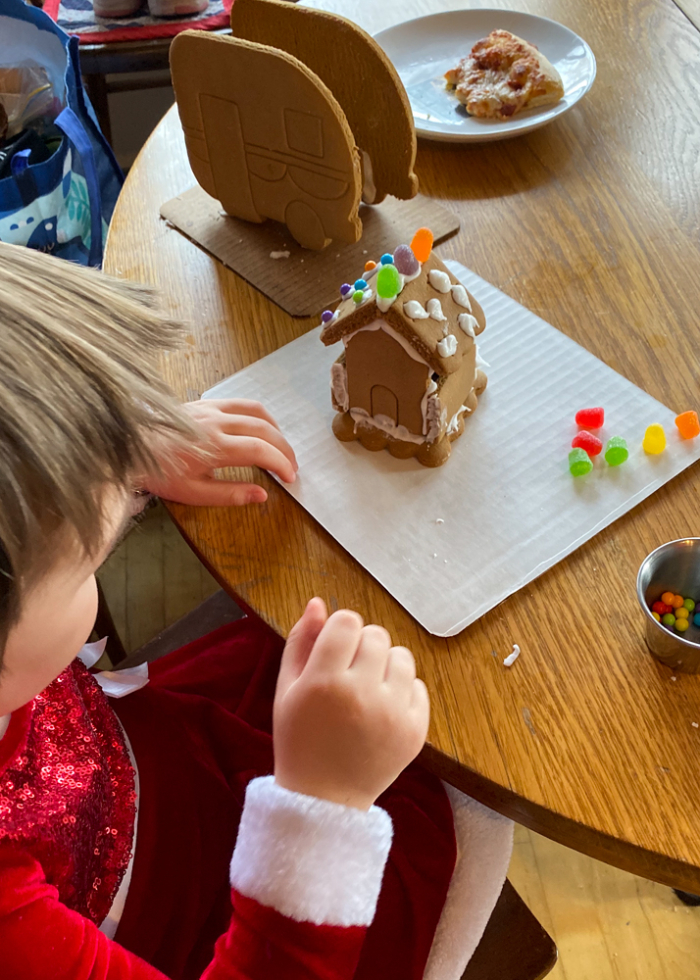 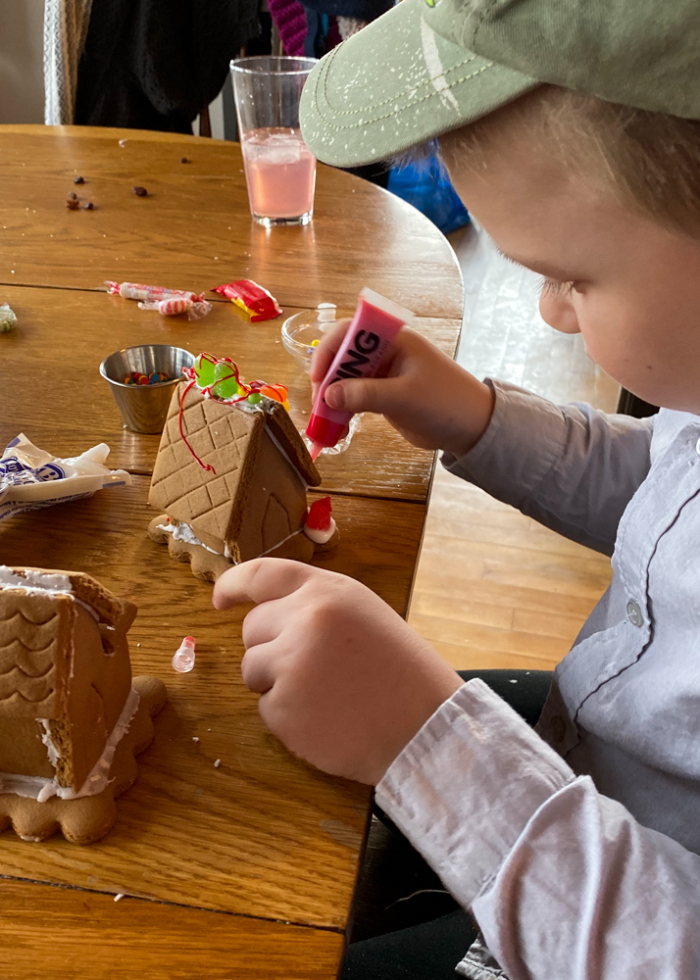 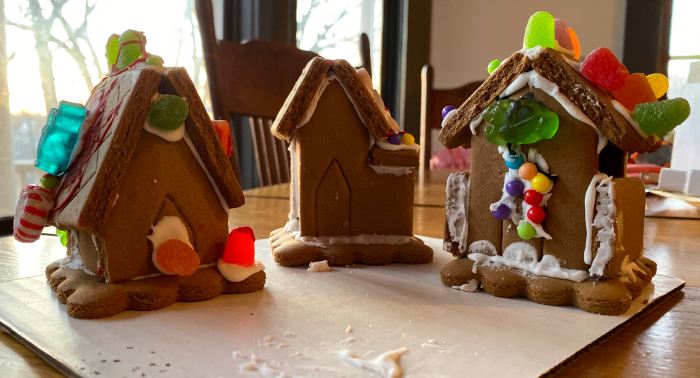 Brilliant on so many levels. 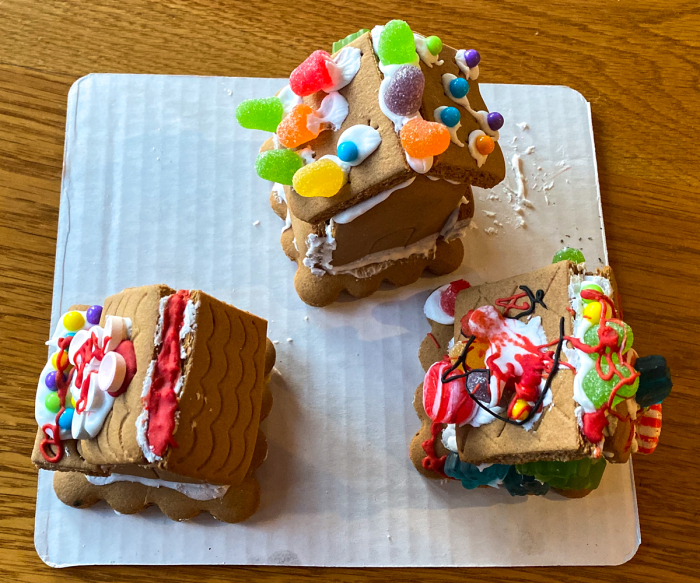 Only three shown because littlest sis apparently thought it would be fun to see what happened when she flung one across the table. She's so FAST!! 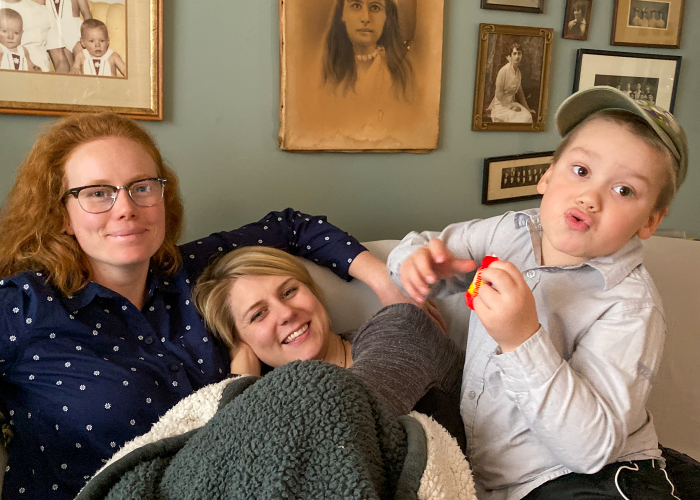 After photos and decorating -- the tree & gingerbread houses -- it was time to settle in and watch a little football!!

And (now that it's Thursday) that was our weekend.

Crazy, but full of fun and family!

Crazy in the best sort of way.

This is the best sort of craziness of the season!!

It's all the kind of crazy that makes this time of year so special! and I LOVE that last photo!

Crazy, yes, but crazy with fun! That's all that matters!

I hope the professional photos are everything you hoped for! You are SO right about the difference between building and decorating gingerbread houses.

I am laughing so hard about Malina throwing a gingerbread house across the room. Too funny!! That last picture is wonderful and I love the girls' dresses in the pic you got up top. Crazy/Fun times - enjoy and now it's the weekend again!!

I love that you share your family with us! Will we see the tree when it's done? I'm going to have to go to Target and find that gingerbread Kit! i want to do that with friends!