Joining Carole & friends for a follow-up to last week's post about three artists at Black Mountain College (the obvious idea of which only occurred to me this morning as I was brushing my teeth). 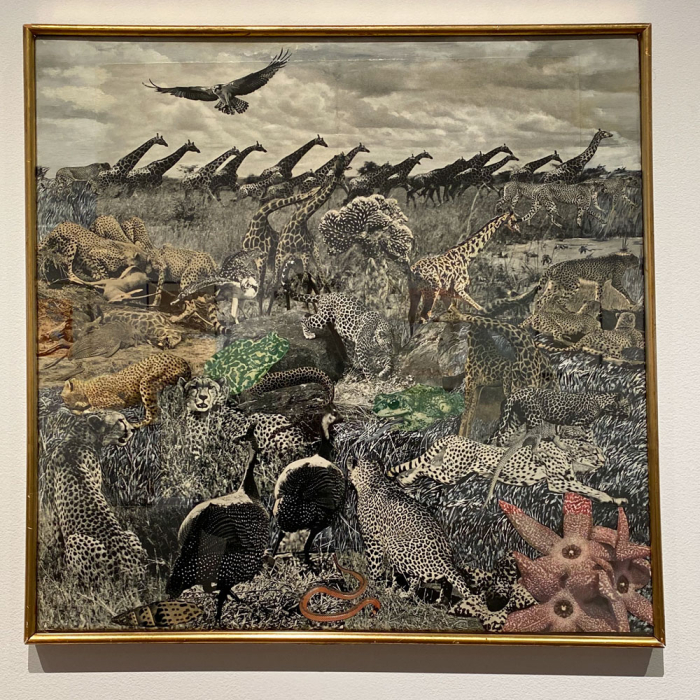 Tropism #3, collage and oil on canvas

I learned that Suzi Gablik was only 16 years old when she attended Black Mountain College in the summer of 1951, and studied both painting and writing.

It was one of those defining choices in life. Although I was only there for two months, in that unorthodox environment, my maverick self, which was not easily accommodated at home, had the time and provocation to emerge.

She gave up practicing art in the 1970s to focus on writing art history and criticism, believing that she could effect more social change that way. 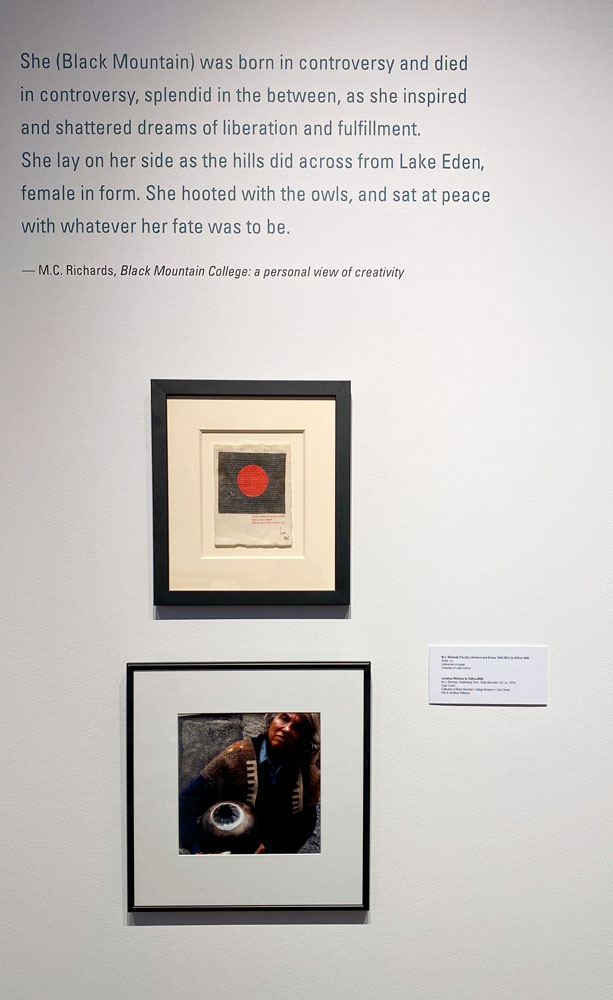 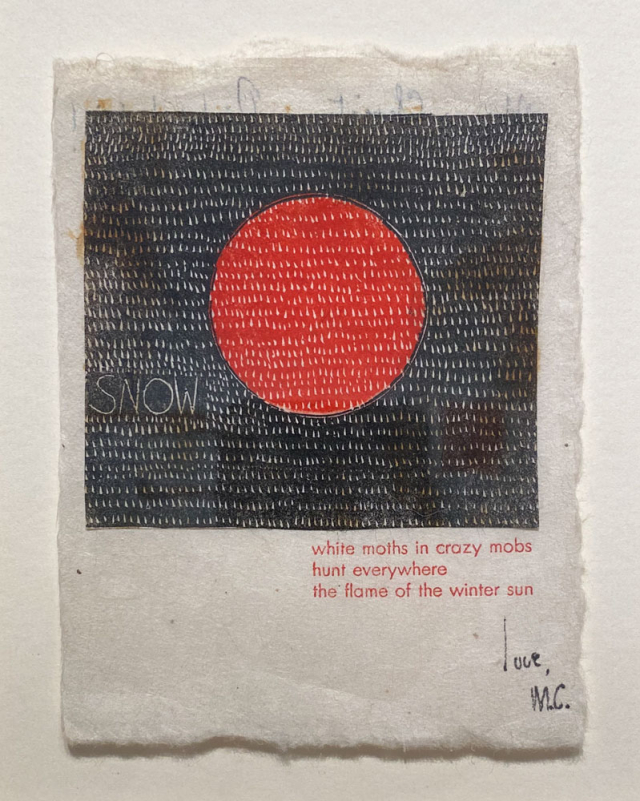 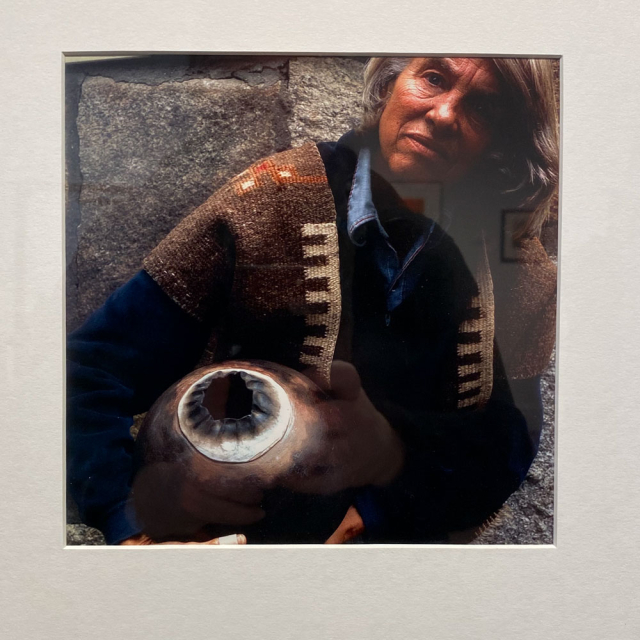 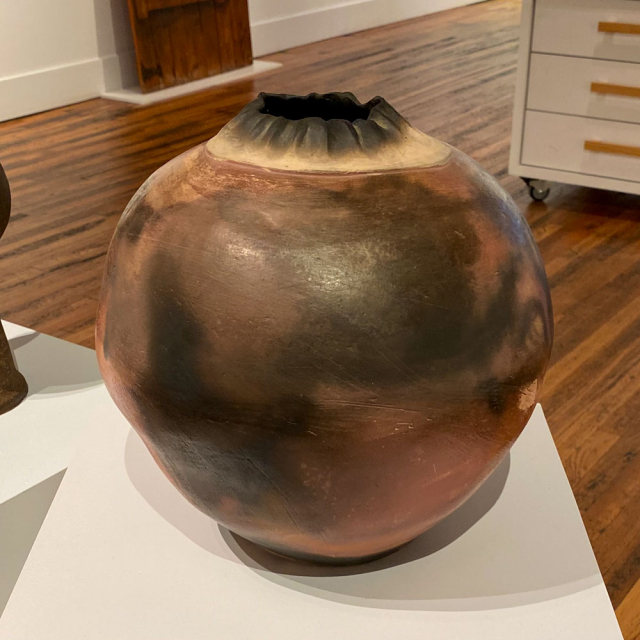 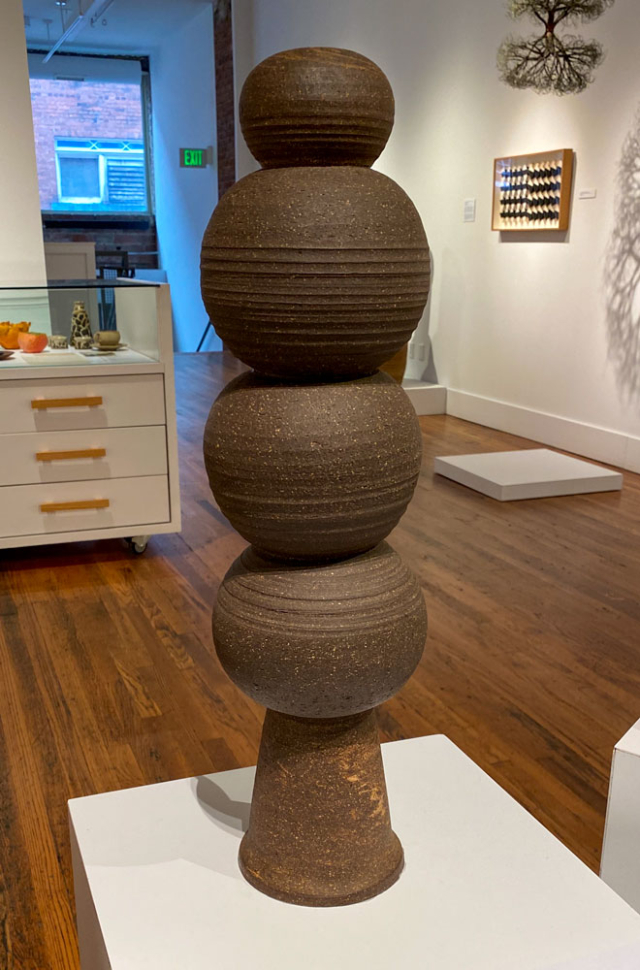 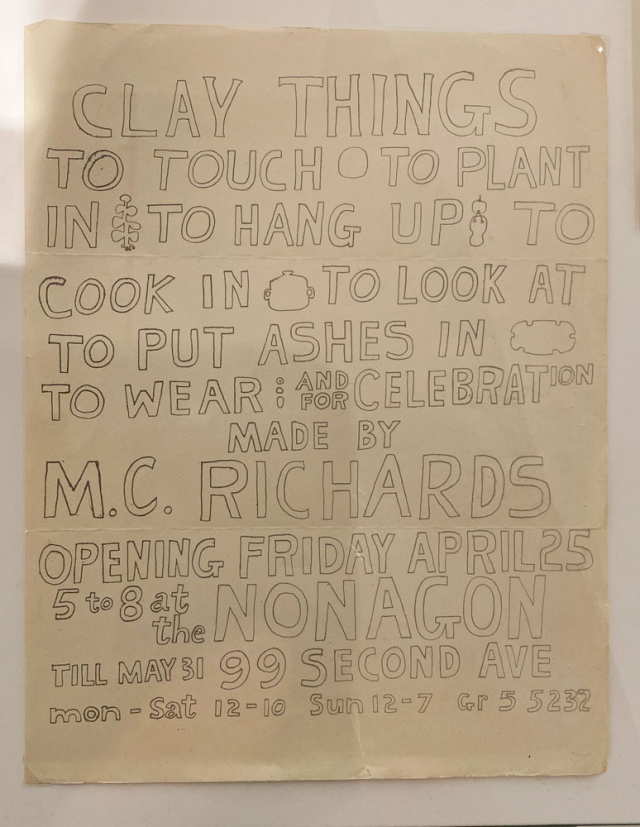 I'd ordered M.C. Richards' book, Centering In Pottery, Poetry, and the Person, before leaving for NC and it was waiting when I returned... never even thought to ask Kate if she had it, because she has A LOT of material about BMC. (And she does have it, of course!)

The person that had the strongest and most far-reaching effect on me was M.C. Richards. Albers opened my eyes. M.C. opened my mind and I will be forever grateful to her. --Carol Singer Kalbfeld, BMC student 1947-1948 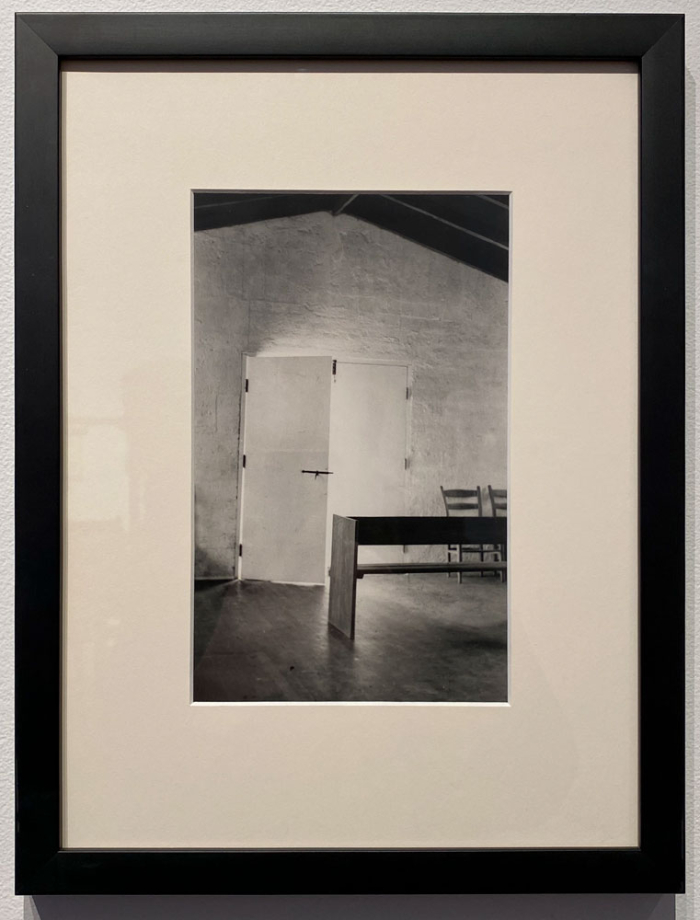 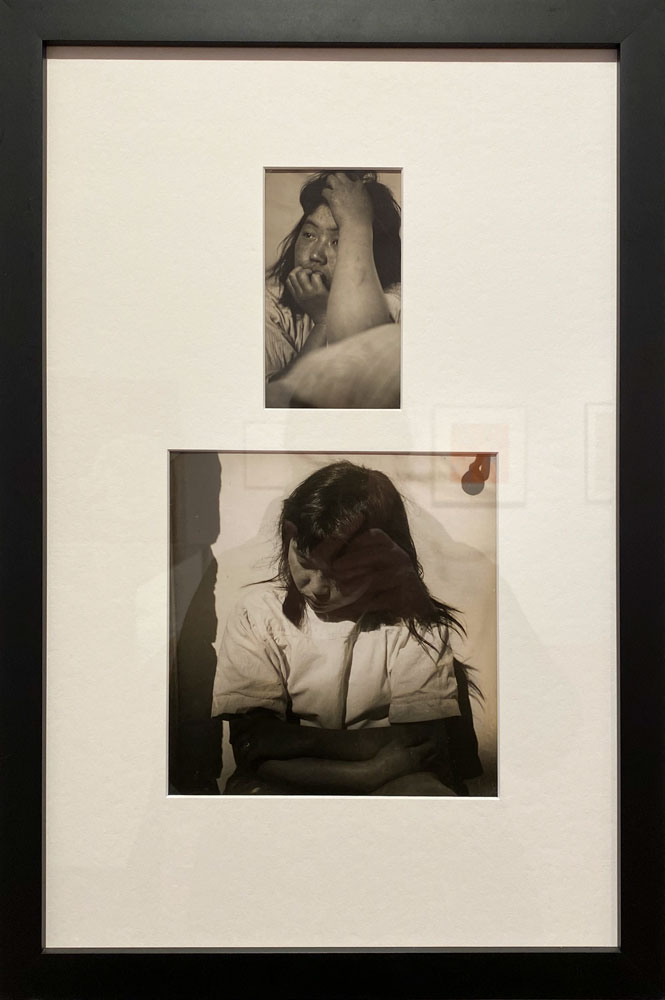 Hazel Larsen Archer taught photography with an emphasis on "seeing" rather than on technique. 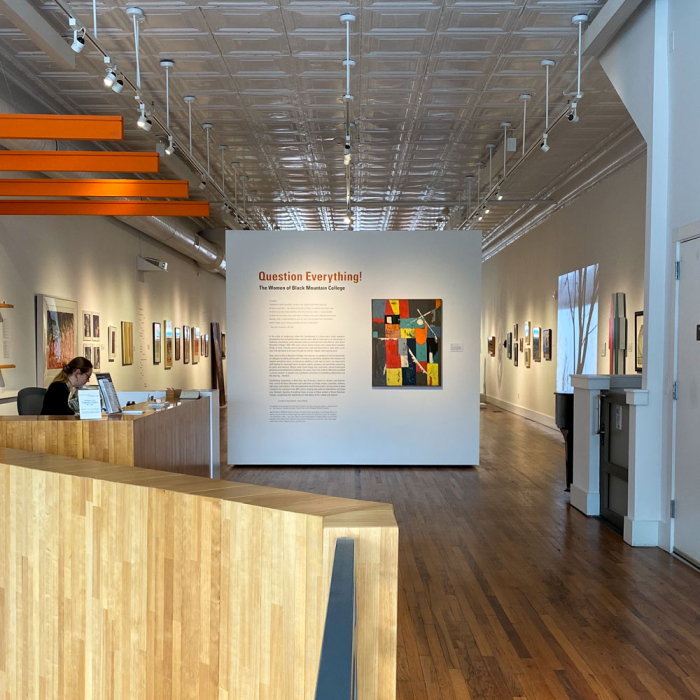 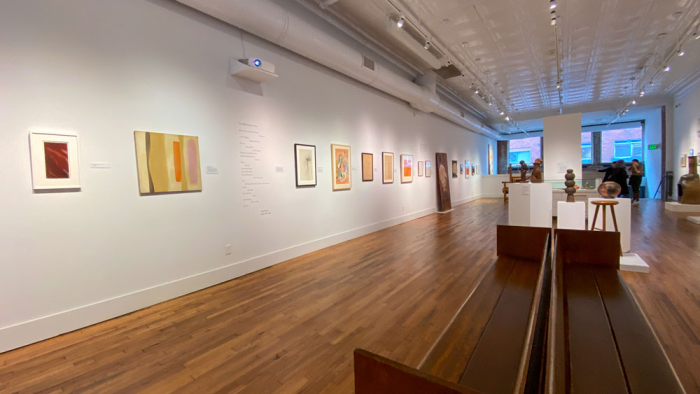 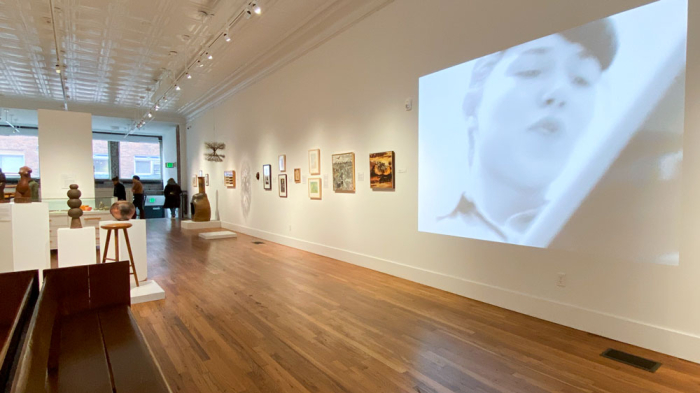 Question Everything! The Women of Black Mountain College was a beautiful show! We also wandered through the reference library and more exhibits in the lower level, and both left with some items from the shop... including the last two tote bags they had in stock (which we both need like a hole in the head). Ha. They're so USEFUL.

I'll have one more post about our visit to Black Mountain College Museum!

This installation and your photos are stunning! I love Suzi Gablik's quote — what a thing it must have been to be in an environment where your maverick self could emerge.

The 'Ruth Awsawa' photograph is absolutely captivating. What a visit for the senses you had!

I love that same quote as Bonny. Can you imagine being there at 16 years old? What a fabulous experience that must have been. What a wonderful exhibit (and I bet I would have bought a tote bag too - lol).

These photos are amazing, I feel like I was right there with you. Thank you for taking the time to do the research and share it with us.

Wow. What an amazing visit you had! Thank you so much for sharing a piece of it here with us! I am inspired!

You must have left there so inspired! Those B&W photos are beautiful.

This exhibit looks so amazing and empowering. Thank you for sharing just a small bit of it with us!