There are many other influential, renowned, or even famous people to attend and/or teach at BMC in its relatively short lifespan -- Robert Rauschenberg, Cy Twombly, Merce Cunningham, and Buckminster Fuller to name a few -- and I've seen the work of many in various museums and/or documentaries.

Arguably, the best known of them all to knitters & textile artists might be Josef & Anni Albers, to wit:

Though not the only ones to inspire knitting designs:

Anni Albers and Ruth Asawa are among the artists featured in Question Everything! For purposes today, I've plucked the names of three new-to-me artists, also included in the exhibition, to do some research ahead of the show! 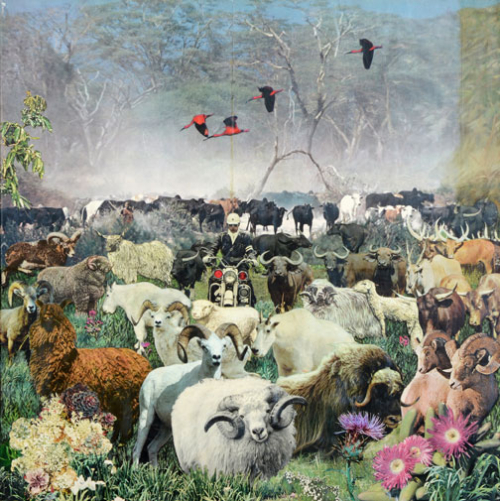 tropism | 1 a : involuntary orientation by an organism or one of its parts that involves turning or curving by movement or by differential growth and is a positive or negative response of a source of stimulation

I'm excited to see if any of these pieces are included in the exhibition.

Mary Caroline (M.C.) Richards (1916-1999) was a poet, essayist, potter, painter, and teacher. She taught writing at BMC in the late 1940s, having moved there with her then-husband Albert William Levi Jr., a social scientist, when he was invited to join the faculty in 1945.

Her book, Centering In Pottery, Poetry, and the Person, was originally published in the 1960s, and became an underground classic (an original paperback can be had for a cool $989 and some change).

The book... pulled together ideas about perception, craft, education, creativity, religion and spirituality, arguing for the richness of daily experience if carefully attended to, and the creativity of the average person. "Poets are not the only poets," Ms. Richards wrote. --New York Times obituary of M.C. Richards

She sounds fascinating! I am not really what you'd call a "poetry person," but I could not resist that book... it's on the way! 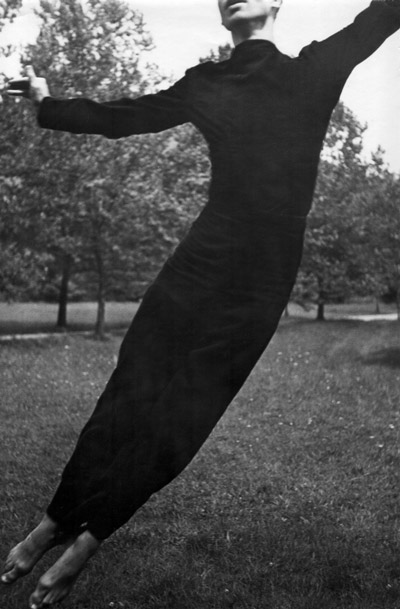 The first things I learned about Hazel Larsen Archer (1921-2001) was that she was born and raised in Milwaukee, that she had polio when she was 10, and that she was a photographer -- so right away there are a few points of connection and interest. She was both a student and a teacher at BMC, and in 1949 joined the faculty as the school's first full-time teacher of photography. She documented life -- performances, events, people -- at BMC. After leaving NC, she and her husband moved to Tucson, AZ, where she operated a freelance studio.

I'm excited about the show/the trip and you can be sure I'll fill you in on it all!

Based just on this post, it sounds like you're going to have an amazingly educational and enriching trip. I am always interested in learning more about women artists, particularly from earlier times when women were not as accepted in the art world. Have a great time!

wow, Vicki - thank you for all the time you put into this post ... I learned a lot! You're going to have a wonderful trip - I can't wait to see what you discover.

Your post is so interesting and informative! My knowledge of BMC is pretty much limited to the name, so I appreciate all of the background information, artists, stories, and the links to influenced knitting patterns. I hope you and Kate have a great trip and I look forward to hearing about it when you return!

Wow! I wish I was heading off with you and Kate! And all these GREAT links! I think I might need something Albers in my knitting life! Have a fantastic time and safe travels! XO

I cannot wait to hear all about your trip and SEE about it too. This is so very interesting Vicki. I had never heard of BMC, so I'm checking links and googling away today (instead of working - ha!). Have a FABULOUS time!!

So very interesting. Have a wonderful trip Vicki and enjoy that very special part of America...I know you will! (If you end up in Boone by chance eat at Proper.)

Oh this sounds SO VERY AWESOME! Have a great trip -- and I can't wait to hear all about it! XO

You packed so much information into this post! Have a fabulous trip, I think it's going to be really awesome.

How fabulous! Thanks for sharing. Safe travels.

Your trip, the exhibit and BMC sound AMAZING. I need to set aside some time to follow all your links and learn more.

Thanks for all the research. I'm following you in my imagination.