3TT: Three Recipes
The week that got away

Some random stuff going on over here: 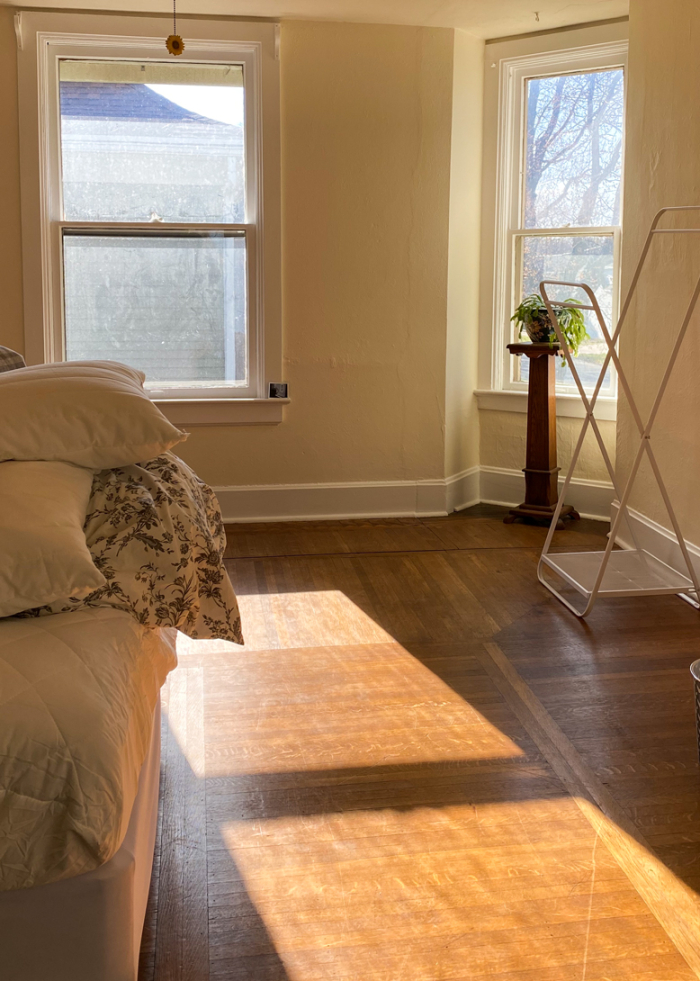 Kate has finished repainting the bedrooms upstairs. I love the sunshine streaming into this room (which used to be our bedroom when we occupied the entire house)! It's also more than a little depressing, as an Airbnb Superhost who really relished the role, to see nothing but cancellations and uncertainty in the future. Weddings, reunions, and conferences have been canceled, postponed, or are happening via other methods. Not to mention the impact on our income. Blah. I try not to languish there and look ahead, instead. We're doing a re-do of decor and then I'll update photos and the listing... we'll be ready, come what may. 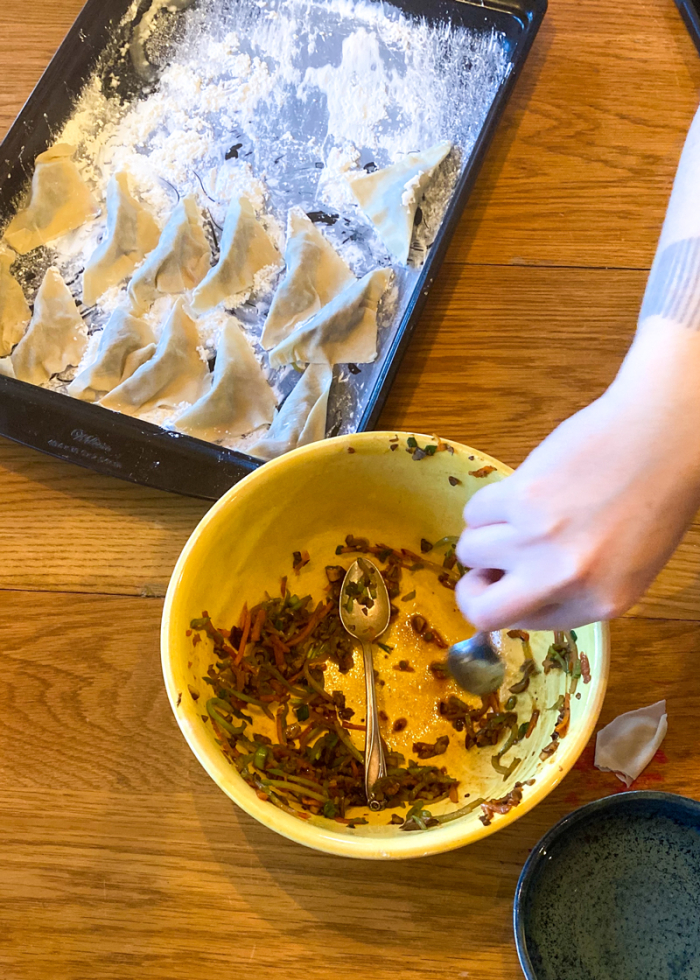 Kate also helped me make some vegetable dumplings! Yum. She helped make dumplings in December when Maddy, Viv, Katy & Cito were here -- MK&C having just visited Japan -- but I didn't get in on the actual making then. It was fun! 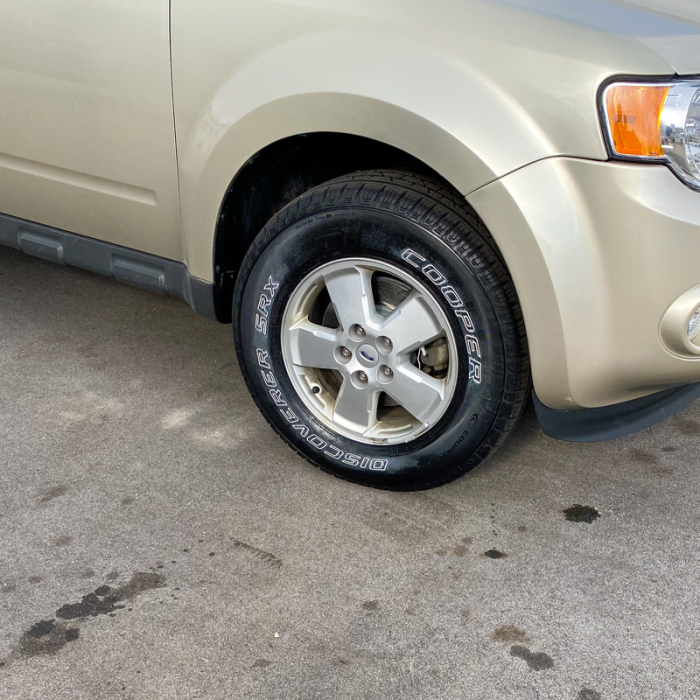 I got new tires on my car -- new front brakes and an oil change, too! Pretty mundane, but I'm very happy about it all (especially the tires -- that was way overdue). 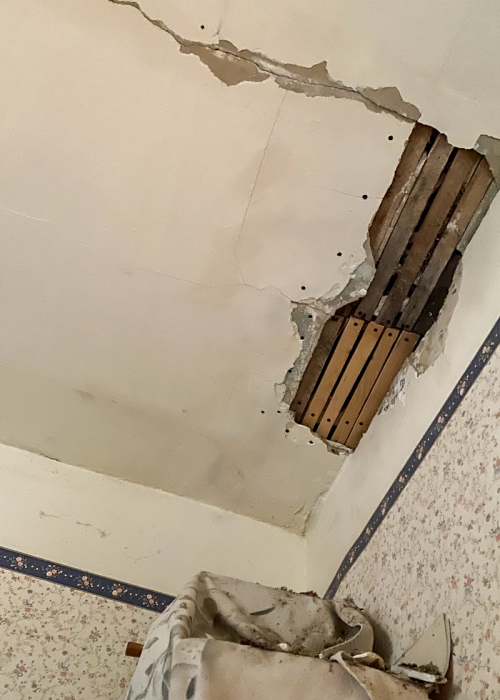 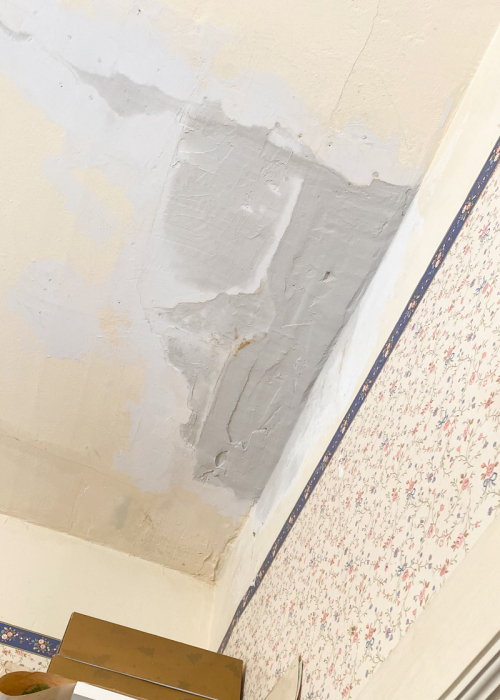 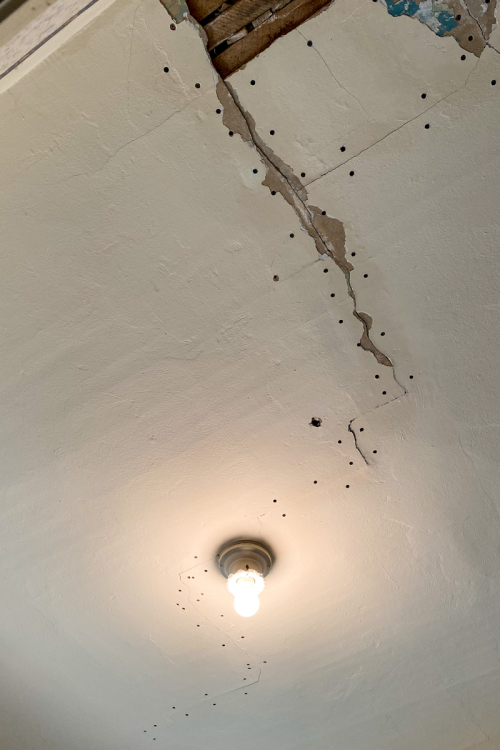 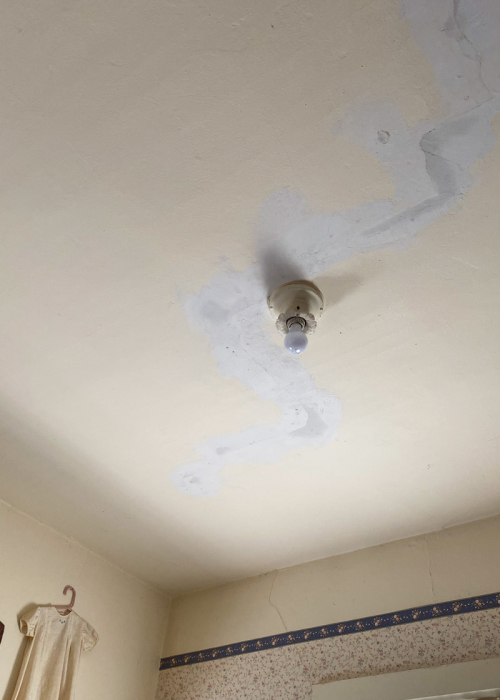 Rusty's been doing some repairs to the plaster-and-lathe ceiling in the laundry room. That's also a chore that's way overdue -- WAY WAY WAY OVERDUE! We got a good deal on some new laminate flooring at Restore just around Christmas -- the current floor in here is just painted particle board, and it's deteriorating -- but I proposed that we had to start at the top. I'd really love a complete re-do in this room, and we've pondered major renovation, too, but I think we'll just stick with ceiling & floor right now. And a little re-arranging (likely some purging) of some of the stuff in there. Out of necessity, due to previous owners being inattentive to their dog, that was the first room in the house that got any serious attention -- paint, wallpaper (which we found in the basement), and floor -- that was 33 years ago! (Hm. Not bad mileage for a much-used painted particle board floor, I guess!) 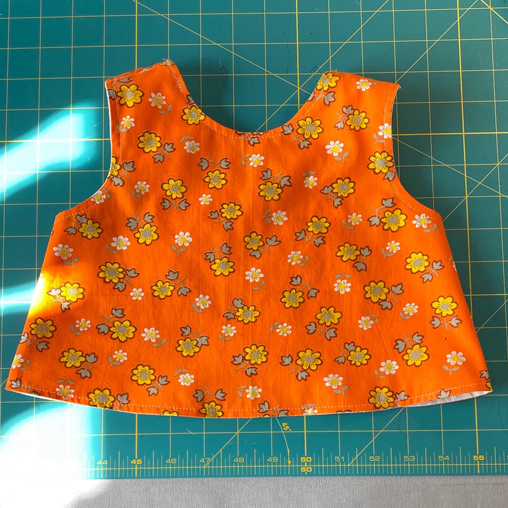 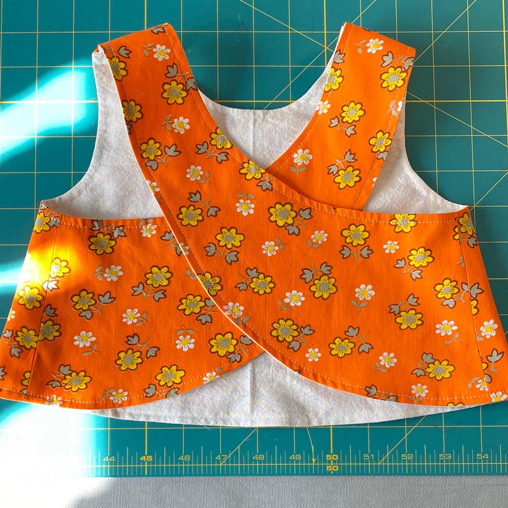 In addition to knitting and stitching, I did a little sewing for Malina & Gin... these are Baby Raleigh tops from Little Lizard King (a free pattern, available in two size ranges). The main fabric is vintage from a friend's stash (and lining is vintage muslin -- maybe old curtains -- from mine) and I just couldn't be happier with them. And, yes! I've downloaded the adult-size cross-back apron pattern that Kym linked to today!!

Happy to know I'm not the only one who gets excited about new tires. And that plaster and lathe ceiling work, have done that before and appears to be time to do it again (yay).
May be warm enough soon for the girls not to freeze in their new tops too.

Because we also live in an old house, I'm appreciative of a good lath-and-plaster job, and Rusty's looks great! And hooray for new tires! My battery died over the weekend, so I hope that NAPA emails me soon that my new battery is ready for curbside pickup. Not that I have anyplace to go, but I want to be able to when the time comes.

I downloaded that pattern too! (that baby top is darling!! And, I learned today that grandchild #3 will be joining us in September! So, both of my girls are pregnant! Haha)

There is something so rewarding about taking care of ones car. We got Smith's oil changed and we were both so excited to have that job ticked off our proverbial list of TO DOs. Your little tops are charming! Smith is busy working and we have a crack in the living room ceiling that is on the TO DO list. I could use Rusty's mad skills! lol

Nice job on the ceiling. I can relate. While we were staying with my parents one summer, we were in the bedroom above the living room. My mom had gone downstairs early but ended up sleeping in the lazy-boy chair. Up stairs we heard the horrid noise and I went running down stairs to see what had happened. Part of the ceiling had fallen (the old horse hair plaster has just finally given way) and my mom was in the chair. "Are you okay?" "What?" "The ceiling just fell down over the tv, are you okay?" She hadn't even realized what had happened. She was okay. Dad and my brothers fixed a new ceiling later that week. (What a mess to clean up.)

I have a feeling that when we all emerge from this time, our houses are going to be much improved and we'll have found unexpected joy from formerly mundane things like new tires!

Can't wait to see the girls in those adorable tops!

Oh, those little cross-over tops are so adorable! When Erin was a little girl, I made so many of those for her . . . maybe I need to make her a grown-up cross-over apron now. :-) (After I make one for myself, of course.) It's great to take care of "regular" things these days -- tires, ceilings. It's the little things that make life feel more "normal." Carry on with hope, Vicki! XO

Those tops for Gin and Malina are just too, too sweet. Love the fabric and what a great design! Sorry about all your AirB&B cancellations. Funny how ythe mundane stuff can excite us now!

Excellent job on that ceiling repair, Rusty! That's hard and sort of thankless work and living in a house with lathe and plaster, I get it. Those little tops are SO cute! I used to make those for Hannah.

Marc's been doing a bit of maintenance work around our house, too. mostly outside. nothing as serious as lathe and plaster, but we do have clean windows and a VERY tidy yard :-) he was confirming paint colors with me on yesterday's walk and I suspect he's getting ready to touch up that next. Your house looks great and I know that Airbnb will be back in Super status ... and honestly, hopefully not as soon as our governor might wish. Those tops for the girls win the show, though. and I can't wait to see what y'all think about the apron pattern!

Sorry about AirBnB being empty. Hopefully by summer things will open up. Great repair job on the ceiling. I'm trying to get my landlord to fix a patch on my ceiling. Slow going. I love getting new tires. My friend is having a baby girl in June so I downloaded that pattern, Thanks, it's so cute! Gin and Malina will look so adorable in their new tops. Stay safe.