3TT: I ain't got much
Forward

It's sometimes a little ridiculous, but I've long received Rob Brezsny's Astrology Newsletter email every Tuesday morning. And every once in a while, it really strikes and chord and/or makes me think. The last three weeks have been pretty darn good, each provoking on its own, but I also feel a thread, a slow build.

Two weeks ago, he wrote about Count von Count:

SCORPIO (Oct. 23-Nov. 21): On the kids' TV show *Sesame Street*, there's a muppet character named Count von Count. He's a friendly vampire who loves to count things. He is 6,523,730 years old and his favorite number is 34,969—the square root of 187. The Count was "born" on November 13, 1972, when he made his first appearance on the show, which means he's a Scorpio. I propose we make him your patron saint for the next four weeks. It's an excellent time to transform any threatening qualities you might seem to have into harmless and cordial forms of expression. It's also a favorable phase for you to count your blessings and make plans that will contribute to your longevity.

SCORPIO (Oct. 23-Nov. 21): In the course of his 73 years on the planet, Scorpio author Paul Valéry (1871–1945) wrote more than 20 books. But between the ages of 25 and 45, he passed through a phase he called the "great silence." During that time, he quit writing and published nothing. Afterwards, he returned to his life's work and was nominated 12 times for a Nobel Prize. Although your own version of a great silence is less extreme than his, I'm happy to announce that you will emerge from it sooner than you imagine.

And this week, about John Cleese:

SCORPIO (Oct. 23-Nov. 21): Scorpio comedian John Cleese does solo work, but many of his successful films, albums, stage shows, and TV programs have arisen from joining forces with other comedians. "When you collaborate with someone else on something creative," he testifies, "you get to places that you would never get to on your own." I propose you make this your temporary motto, Scorpio. Whatever line of work or play you're in, the coming weeks will offer opportunities to start getting involved in sterling synergies and symbioses. To overcome the potential limitations of social distancing, make creative use of Zoom and other online video conferencing. (Here's more from Cleese: "The way an idea builds as it careens back and forth is so unpredictable. Sometimes it depends on people misunderstanding each other, and that's why I don't think there's any such thing as a mistake in the creative process. You never know where it might lead.")

I am definitely feeling "the great silence" right now. In fact, this post -- with nothing but the title -- has been in my drafts since last Thursday. There are things going on, I'm posting here and there on IG and sometimes even FB, but I just don't feel like talking about any of it right now. I'm having a hard time concentrating at times, and it often feels like everything is going in slow motion -- one or two rows on a shawl every night, one chapter away from finishing a book (just read it already), plodding one foot in front of the other... I am desperately trying to not even let the word "depression" enter my thoughts, even though I am surely feeling that way. It's extraordinarily hard for someone who thrives on making plans for the future -- big trips, little trips, day trips -- to not be making any plans at all. It doesn't make me feel better that we're all in the same boat, more or less.

Here are a bunch of pics mostly of cute kiddos from over the weekend, guaranteed to bring smiles... and you just can't help but feel some hope! 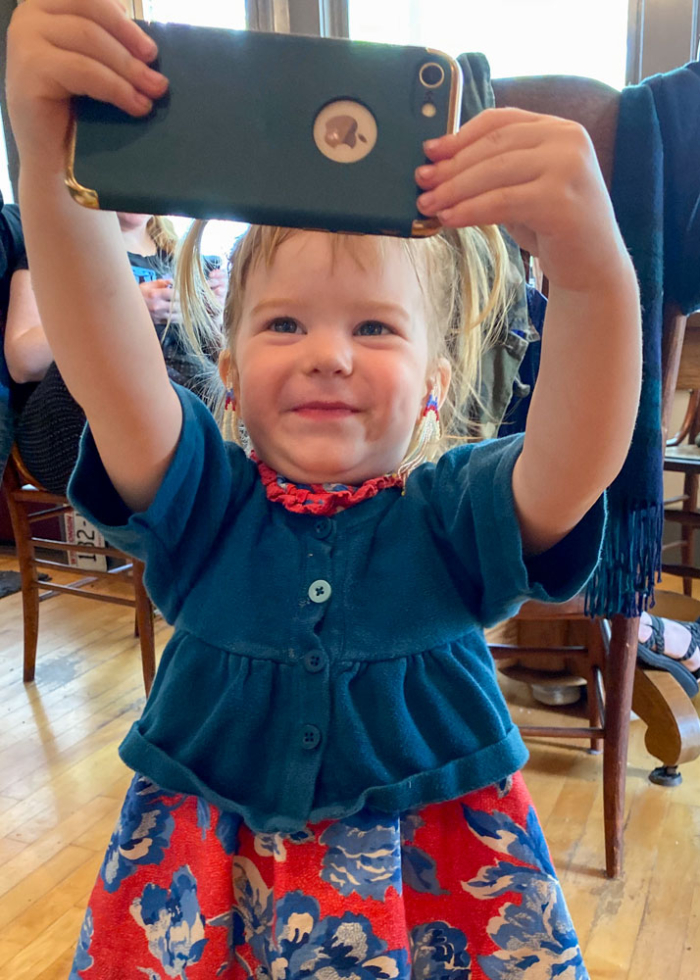 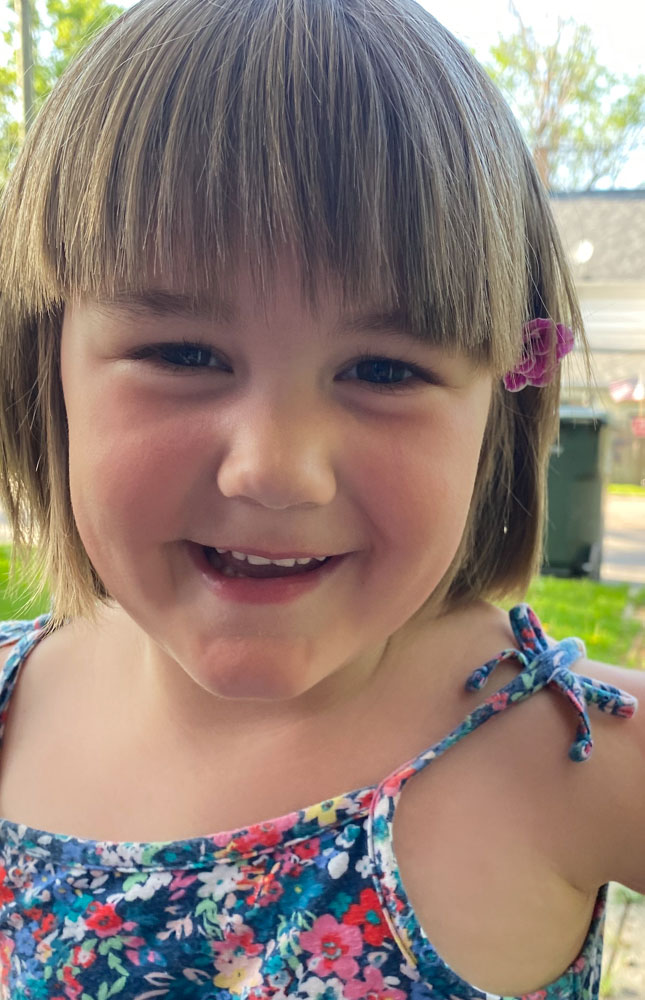 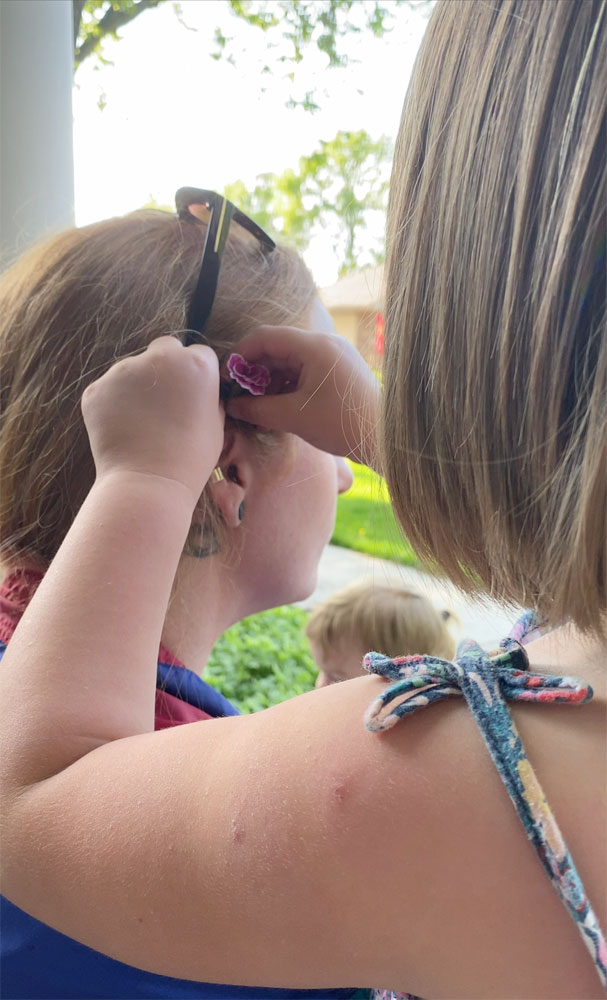 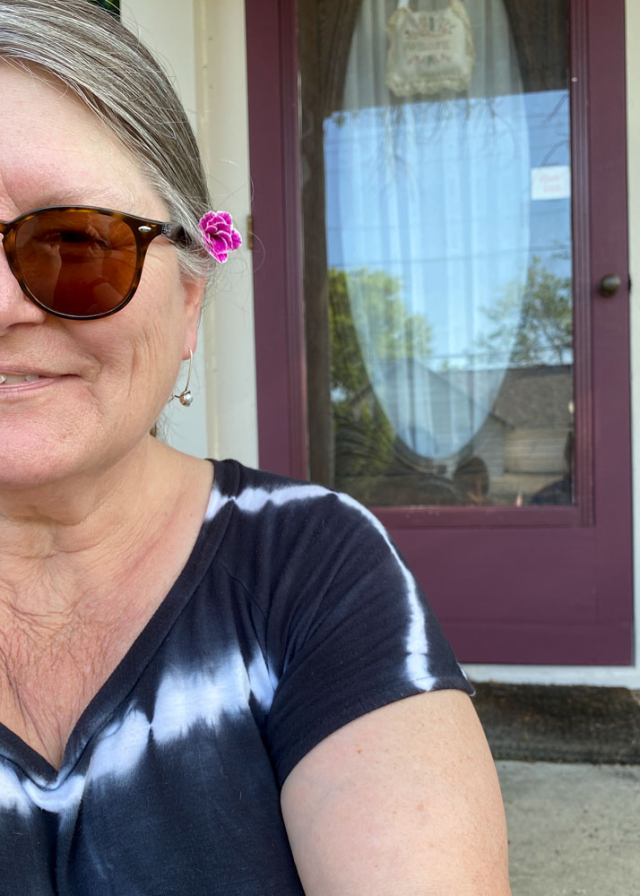 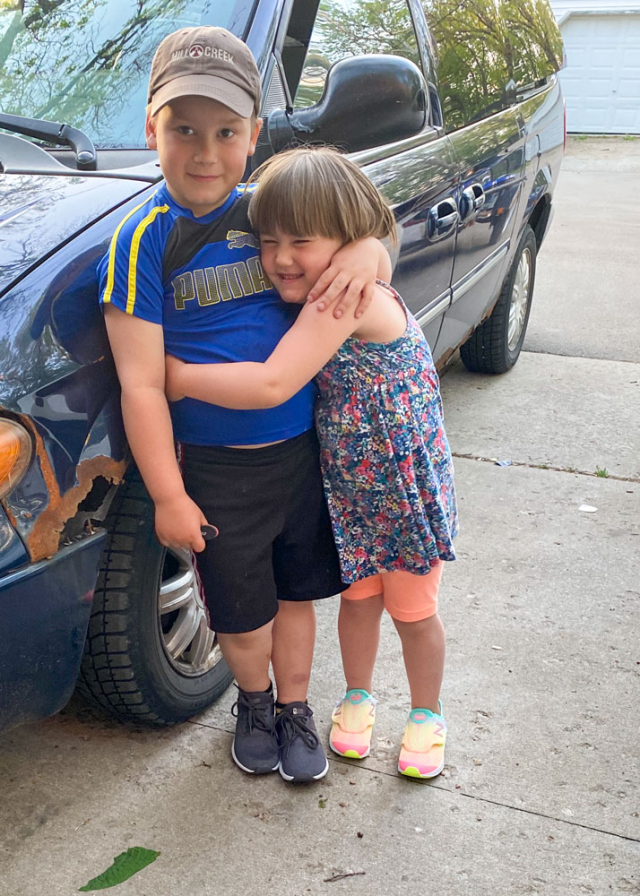 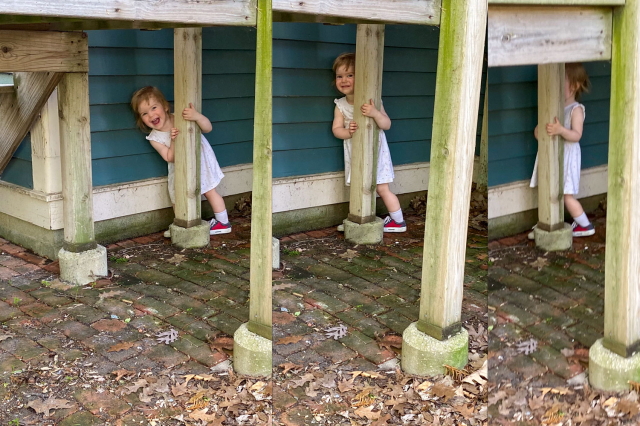 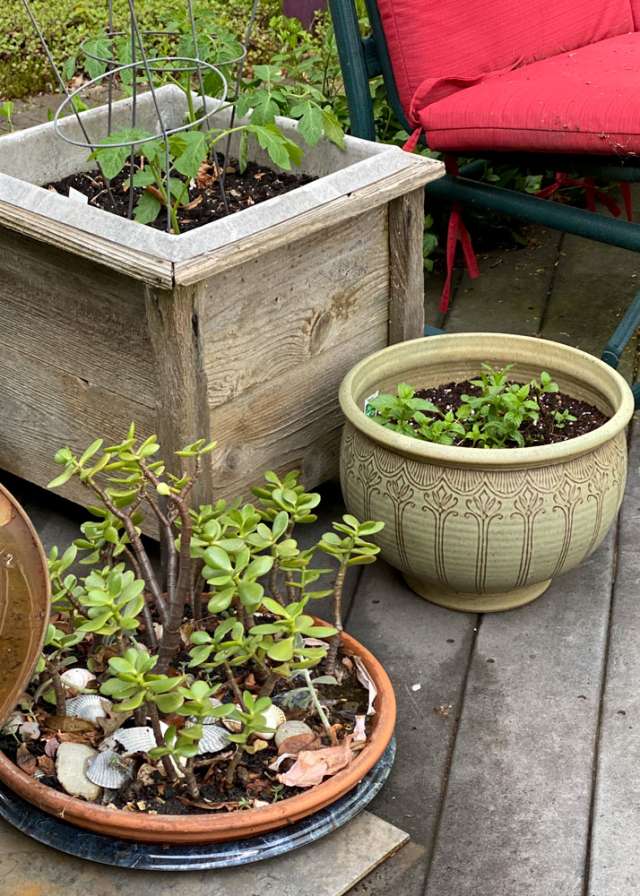 Kate took some video & photos of Rusty and I setting The Marriage Window in place the other day... and the un-/re-remodel is coming along fantastically! It's been a super fun project for all of us.

I'm not sure that "misery loves company" is really true, but I feel exactly the same way. I haven't been able to think of anything to blog about and remember my grandmother telling me not to talk unless I had something to say, and I got nothin'. I can't finish a book, but I have been knitting - F*** 2020 dishcloths because that's just how I feel. I figured I'd give it another week or two and if the feeling doesn't lift, then I'll look for a virtual therapist. So thank you for those cute kiddos and the marriage window photos. They do provide good reasons to smile and hope. xo

That is a beautiful window and you are a beautiful couple inside it. Thanks for letting us look at it.

Sometimes a great silence becomes a time for listening for me. But, I've had more than one conversation that involved some form of "No, really, I got nothing here." as we all feel that to some degree. One of my best mood lifters is hauling myself out for a walk every morning. The activity and early morning light have long been key to me warding off the blues. But The Marriage Window and accompanying space seems ripe for a few plans. Hang in there.

I think we've all been (or will be) in a period of "great silence" at some point in this pandemic. While there have been moments of upheaval, never in the past century has the entire world gone through something like this at the same time -- it's truly unprecedented. And no one could really be prepared for something like this, even if we have a history of depression or anxiety and have gone through many years of therapy to deal with it (*raises hand*). So remember to be kind to yourself and treat yourself well.

The kiddo photos are wonderful as always, but my favorite photo in this post is definitely the two of you in the marriage window!

My weeks have become this... time waiting until one of my kids call. (maybe especially my son who is exceptionally chatty these days - but he confessed to me last week he is desperately lonely. I don't recommend pandemic + living alone - it is a very rough combination.) Knitting has become a struggle - I can't just sit and do it. I have been ignoring the little voice in my head saying, this is just not right. But I think you are right. It's an upside down world right now - uncertain times generally arrive, you figure out how to move forward, and the uncertain times are over. Not so now.

As a fellow Scorp...I feel it too. Also, I share a birthday with the Count...not the year (decades off), but the day. At the beginning of this time away from work, I had plans...working on the AC dress kit I finally broke down and purchased, some embroidery, knitting, painting, organizing, reading, etc. I started back to work three weeks ago (I'm a library manager. We're in our buildings, sanitizing and getting things ready for opening on June 1 for curbside pick-up only), and I've accomplished nothing. All it has made me do is want to retire! My time spent during "lockdown" was, on one hand, pretty enjoyable...time spent with my daughter and granddaughter was pretty magical. I just can't get the mojo going when it comes to doing things I really (at least used to) enjoy.

I love the term "The Great Silence." I was feeling that way a week or two ago (or more? less? the days run into each other and I lose track). I'm a little better now, but still finding it difficult to read and I get bored easily (or maybe not bored...maybe just tired of the same old, same old?). Getting outside and walking has helped me (and now that I am sort of back to work, that option isn't mine and I miss it!)

The kiddo shots are marvelous. They are all so photogenic and such hams. But, the pic of you and Rusty and the Marriage Window wins hands down!

The Astrology Newsletter sounds fun - I'm off to check that out.

It is very hard isn't it, to not be able to plan, think about planning or execute a plan! As things do slowly begin to open I am still hesitant to do anything that may expose a person to this awful situation!
Those kids always make me smile and those pics are always fab. Love the marriage window pic of you and Rusty! It is hard not let oneself decline in to a rather very lonely spot, do go outside when you can and see if a walk can help.
You are not alone!

I think it's okay to be silent but I also think it's important to recognize when the silence isn't helpful. I am sorry that you are struggling and I hope you can find something to brighten the days for you. Sending you love and positive energy.

The Great Silence totally speaks to me as I've felt voiceless for a long time. Your travel posts are certainly some of my favorites, since I'm an armchair traveler. Let's hope you can get back on the road soon(ish). Take are of yourself, Vicki. xo

My heart breaks for all the losses out there -- the pain and the sickness and the fear . . . and the silences. These are heavy, heavy times. I am sending you all the good and hopeful juju. Please be gentle with yourself. It's okay to be silent, at least for awhile. But it's also okay to ask for help. XOXO

Sending love. and gratitude for the photos. Little ones always make me smile, but I think I love that last one of you and Rusty the best. Hugs!!!

p.s. I'm a Scorpio, too. and you've given me some food for thought about some of the feelings I've been having, too. thank you!

Your beautiful grandchildren always bring a smile to my face😊
Have a lovely weekend!

I understand what you are saying-I've been in funk and am struggling to climb out. I'm ignoring my unpacking, I tried to ignore my knitting but finished just in time for 'ramp up to camp'. Last week I had a zoom family game night-all 3 of my girls and the 2 spouses. It cheered me up a lot but left me feeling lonesome after it was over. The pix of your grandies brought a smile to my face. I love the pix with the marriage window. I was wondering if I had missed your posts (I get a feed on bloglovin). I hope you find your way out of your funk- I'm rooting for you and for me. Stay safe
Hugs

Whenever I see a photo of Ginny's smiling face I think how much she looks like you!