Missing my mom today
Is it really the last Friday of June?

There was plenty I could have done on Tuesday evening, but instead: 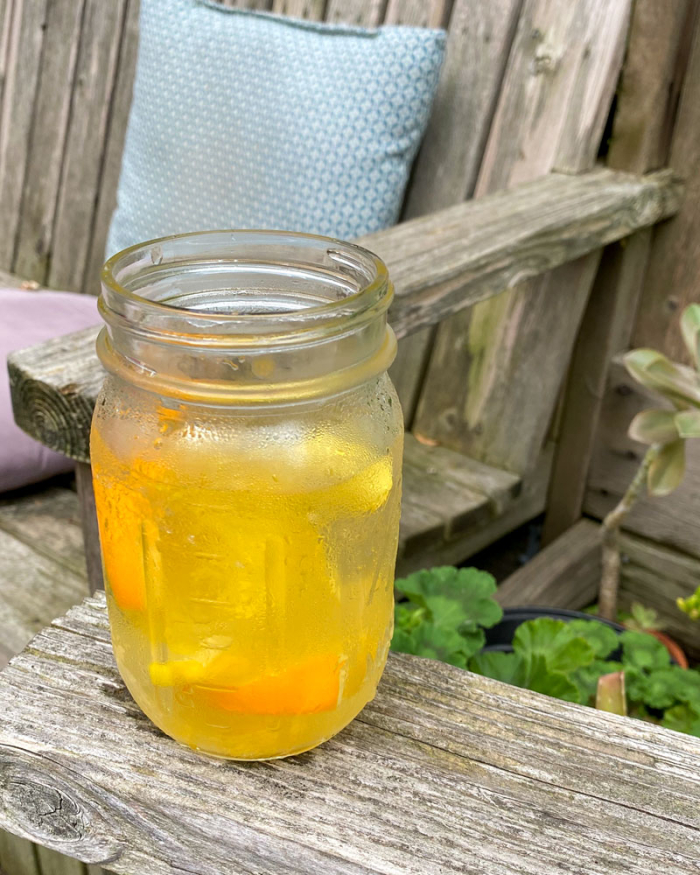 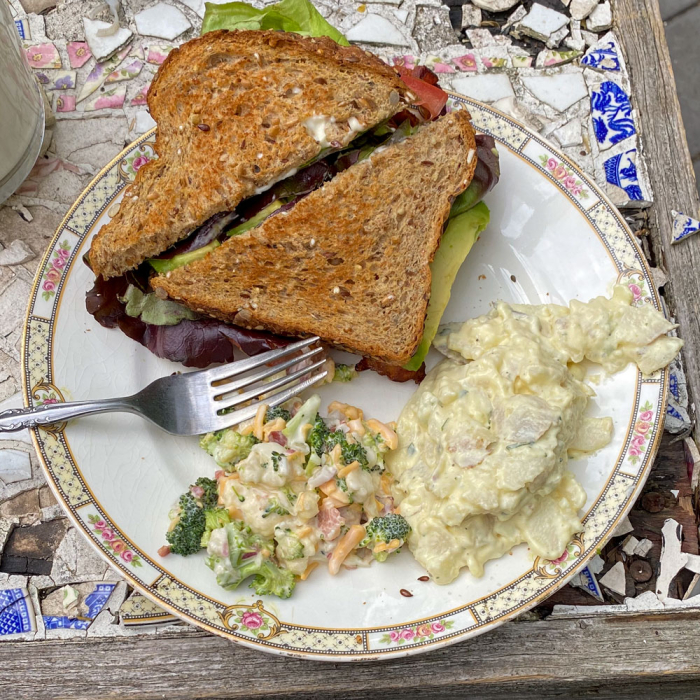 We walked down the hill with intention... our local joint has resumed Taco Tuesday, complete with Mason jar margaritas through the walk-up window, but this time with a guest food truck doing the food. We were a little late, though, and most of the food was gone by the time we got there! So we took our margs home and made the first BLTs of the season, instead. Yummmm. I recently found a convenient local source for Thin-sliced Dave's Killer Bread, and is that ever good! We used CSA lettuce, Nueske's amazing bacon, a little avocado, and the only thing that would make it better is home-grown tomatoes... we're working on that!

There was knitting, of course. 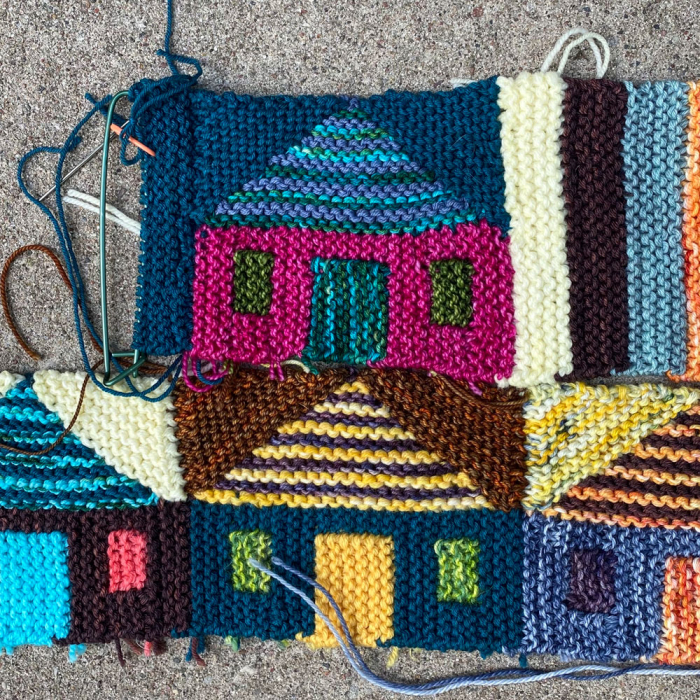 My first little pink house -- the first house block I did that has vertical stripes on both sides, so had to figure out how that would work. I love it so much!! I was tired as a dog last night, so only added one vertical stripe to this photo before I heeded the call of my pillow. Yes, there are a lot of ends, most are dealt with using Stephen West's Weavin' Stephen technique, some will be used in seaming the rows together. It might look like twice as many on my project, too, because I'm holding the yarn double! It's a fiddly project, for sure, and certainly not for everyone, but I'm really enjoying it! There's a whack of knitters figuring out different ways of doing various elements, it's worth a scroll through some of the projects and/or forum; and the designer has also released a v.crochet -- Tunisian crochet? (I don't know how that differs from "regular" crochet...)

Anyway, Wednesday (my usual day off of work each week) is usually a little busy, but yesterday was non-stop. We had an appraiser coming and I had an Airbnb to prepare! I'll tell you, my Fitbit steps are off the chart on those Airbnb prep days! I'm really happy with our work over the past few months and how it's turned out, plus our last guest just wrote the 40th review of our place... and that makes 40 5-star reviews! 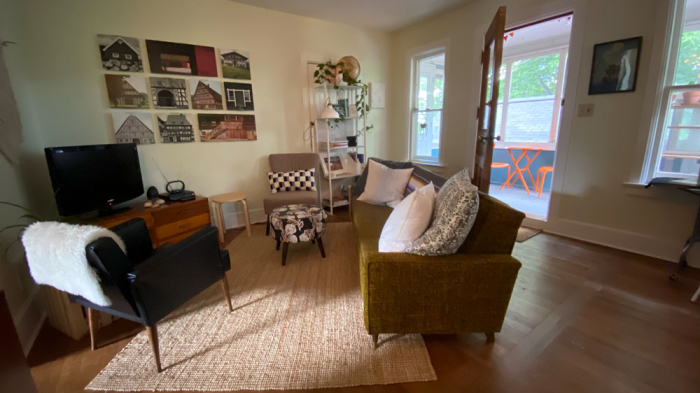 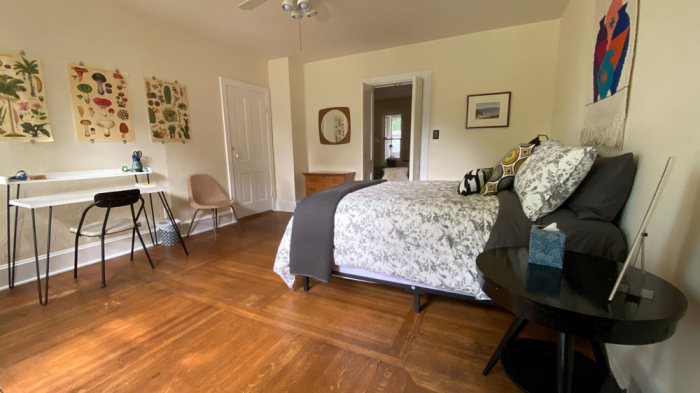 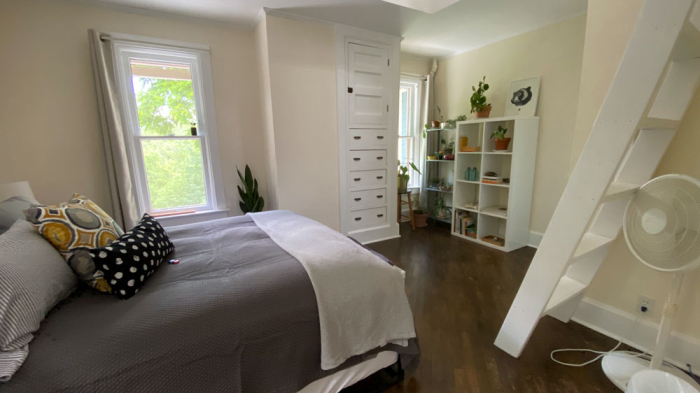 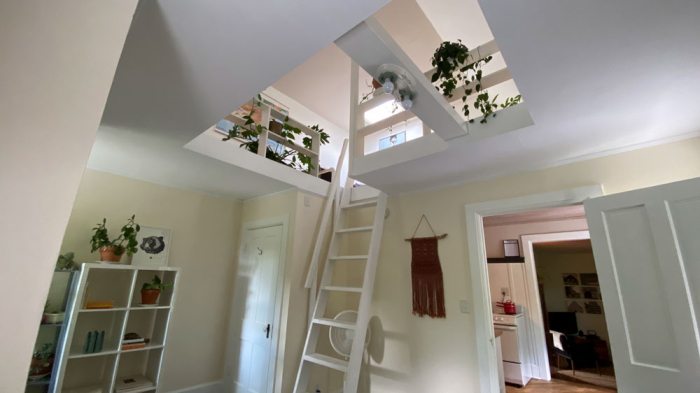 I'll be crushed if that rating ever changes! Haha.

Tacos are nice, but BLTs with margaritas may be even better! I LOVE that pink house (and the whole project) and clearly your guests love your Airbnb. Congratulations on all your well-deserved reviews!

Your Airbnb looks so inviting. If I ever travel up your way, yours is going to be the first I look to book!

Tunisian crochet is kind of a knitting/crochet hybrid. Really long hooks, an actual casting on process...I still have to look at videos anytime I need to crochet because I can’t remember what I’m supposed to do so Tunisian crochet is probably not going to happen at my house.

I just adore that blanket and I am truly enjoying seeing it grow. Love your margaritas and now I want a BLT! That airbnb of yours is so inviting, of course you have a perfect rating!

oh wow, Vicki - the Artist's Perch is my dream getaway right now. I just wish you were a no-bathroom-stops-required drive away ;-) LOVED reading about your good stuff and seeing those lovely photos. I'm trying to get myself out of news-induced funk and this post got me to a (slightly ;-) better place. THANK YOU!

That dinner? THAT is summer on a plate. Deep green envy over here. Your "Perch" looks like a place we would love to perch. We are, as someone else noted, not a no-bathroom-stops-required distance a way, but maybe one day.

I am thinking that if I could figure out how to get there with zero bathroom stops, I'd be making a reservation at your Perch!

But that little pink house! I am in love!!

Your summer dinner looks so yummy-you're right about the tomatoes. The AirB&B looks fab-you must be the best host-all 5 star reviews-Well done.
Thanks for the link to weavin Stephen- I may like it better than Russian join!! Stay safe. It's 98 here with a heat index of 110 so no problem staying indoors with A/C

I love the houses! LOVE. They might be fussy-knitting, but ever so charming. I hope you're enjoying a lovely weekend, Vicki.