My Aunt Carol died on Sunday. 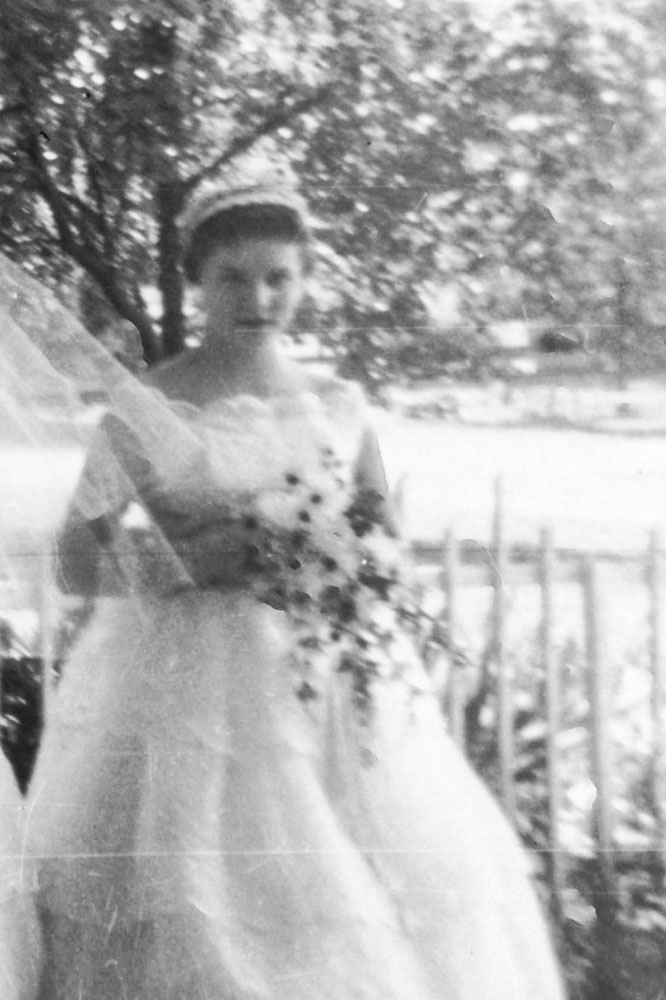 She was the youngest of four and also the mother of four, my mother's younger sister, my godmother. The photo above is a detail of the one below where Carol is maid of honor at my mother's wedding. There is something about this that I just love... her beautiful, calm, innocent expression. It was taken just about a week before her 19th birthday, and within a year she was married to my Uncle Frank. 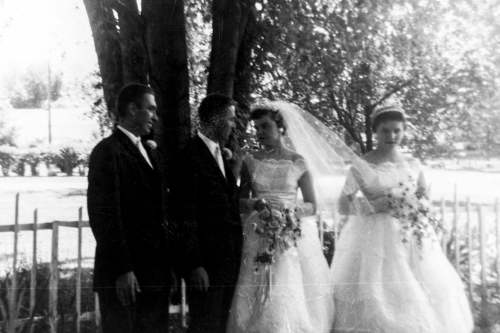 Carol was only 18 months younger than my mom compared with a 9-year difference with her older sister, so they were close but of course there was also some sibling rivalry! 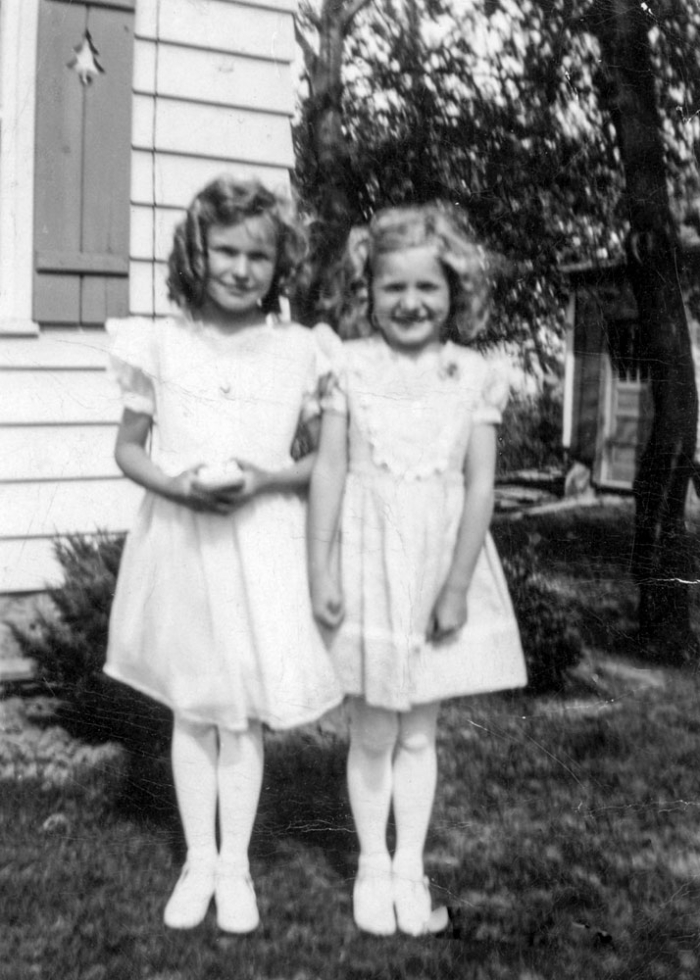 Mom always said that Carol got in trouble a lot at school for giggling... and you can just see that, can't you?? That's one of my favorite photos, I feel like Carol is just going to burst at any second. 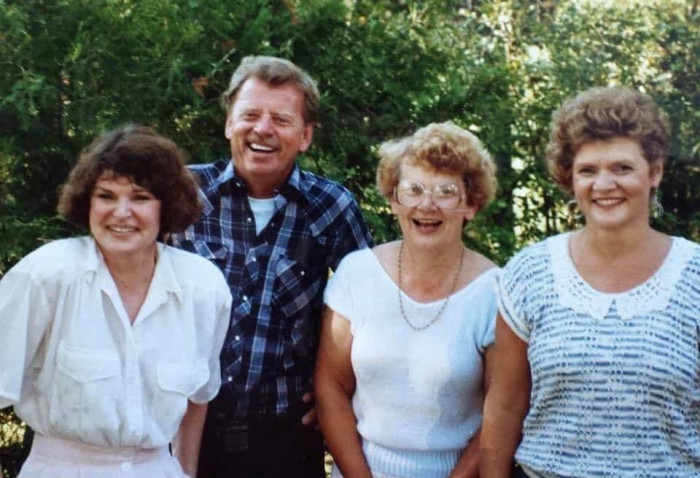 Family trait? Haha. This is another favorite: Mom, Uncle Eugene, Aunt Arlene, and Aunt Carol at a family reunion in 1987. My mom, Eugene & Carol all died from cancer and they each suffered the heartbreaking loss of a child from the same stupid disease. 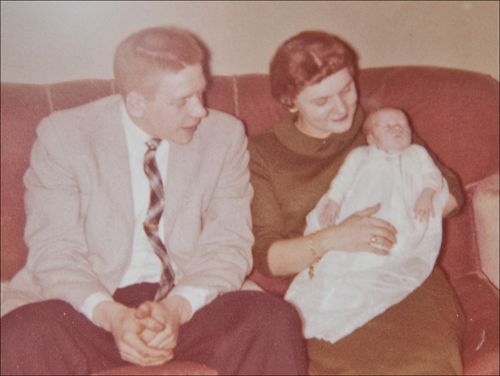 Uncle Frank & Aunt Carol, my godparents, and me! This was at my christening and still a couple of months until they were married. Frankie and his sister-in-law were tragically killed in a car accident in 2010 -- the brothers and their wives had been travelling, taking care of family business out of state.

I will always remember them both with love. 💔

What beautiful pictures. So sorry for your loss.

I'm so sorry to hear about the loss of Carol, especially with the sad and tragic family history fraught with awful cancer. I do love the maid of honor photo and your loving tribute to Carol.

It's so hard when the person is the "last" of a family. Your tribute to Carol is lovely and your pictures will leave you with wonderful memories.

I'm sorry for your sadness, it's hard to lose someone any time but especially when they are so intertwined with memories of your own mother. I think you look a lot like your Aunt Carol.

Oh Vicki. I'm so sorry for your loss. But...what wonderful memories you have and what fabulous pictures. I love that picture of your Mom and Carol (ready to burst out giggling). And that picture of the four siblings is just so wonderful. Cancer certainly sucks and let us all hope and pray that it is finished with your family.

What a beautiful tribute to your Aunt Carol. May the memories of your Aunt fill you with joy...sending you love!

I am so sorry for your loss. May her memory be a blessing.
This is a lovely remembrance of your aunt. I loved the photos -- and I hope you don't mind that I chuckled at the 80s hairstyles. What were we thinking?
Hugs!

I'm so sorry for your loss.

I'm so sorry, Vicki. Thankful that you have such wonderful memories to remember her.

I am sorry for your loss. Those photos are great. I have been spending time with old pictures of my dad lately.

I'm so sorry for your loss. You have such wonderful family pictures to document your family. You look so much like your mom. Hugs for you and your family at this sad time.