Ali & the kiddos stopped over yesterday. 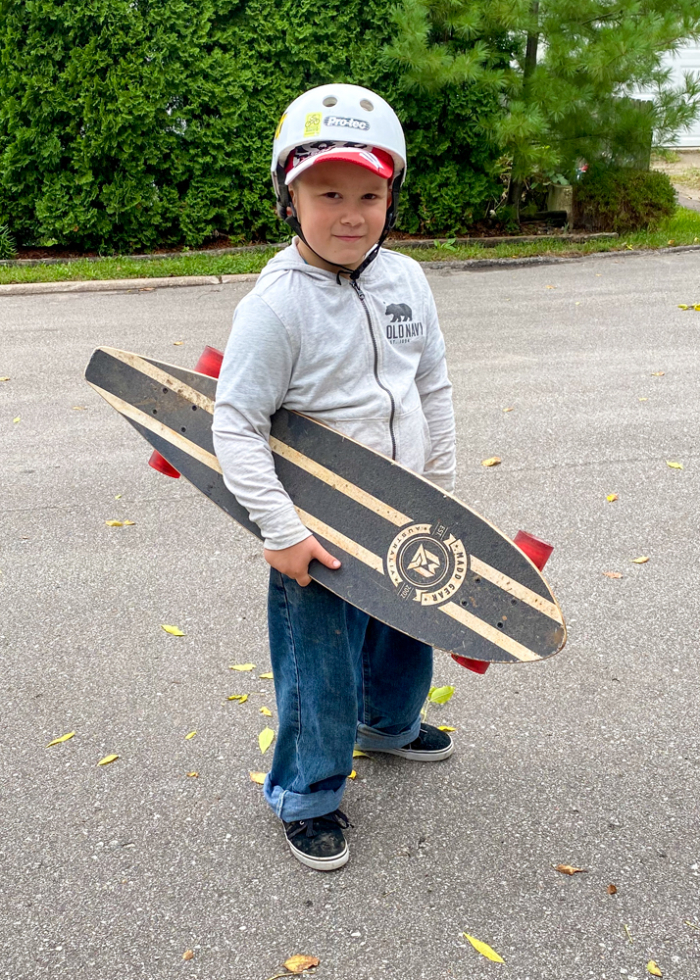 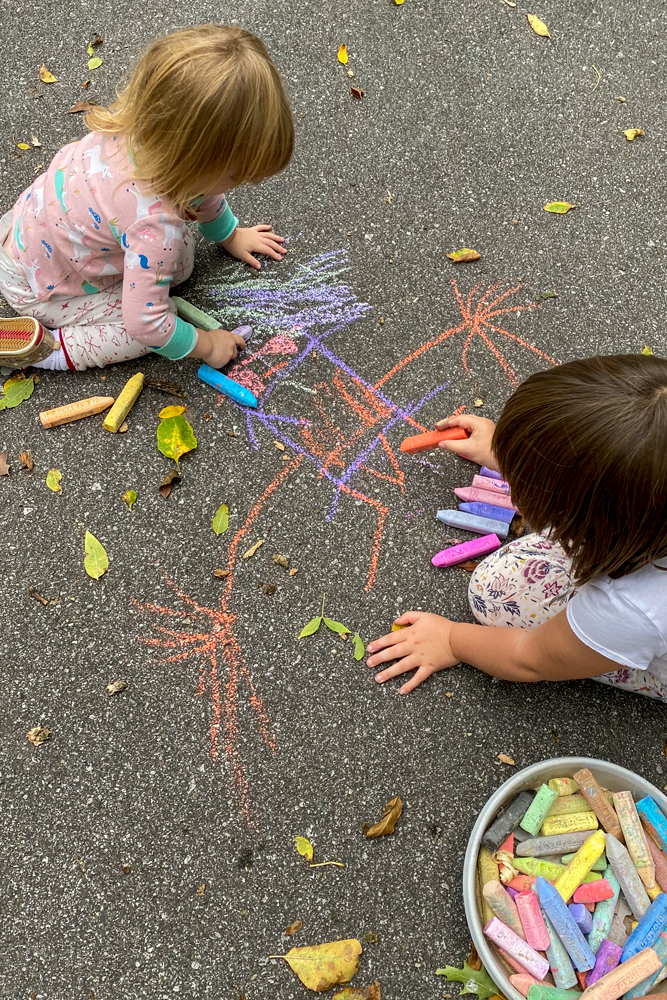 And another new thing: Ginny's drawing anatomically "correct" portraits. That's Rusty. Malina is giving him the "pandemic hair" treatment. (A haircut for Rusty is on my list!)

I had a long, relaxing, and productive weekend! 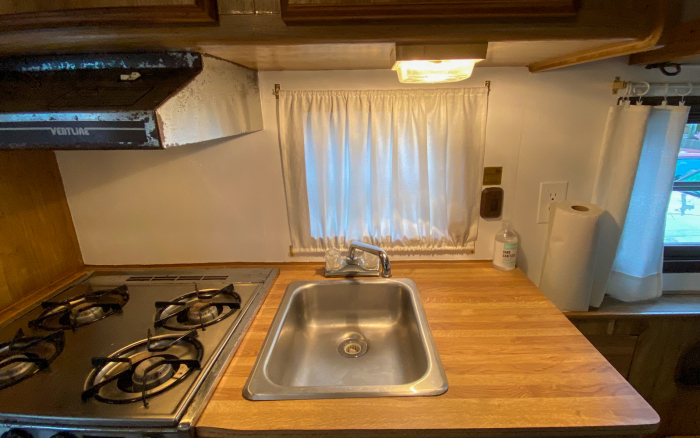 While I finished the last of the curtains... 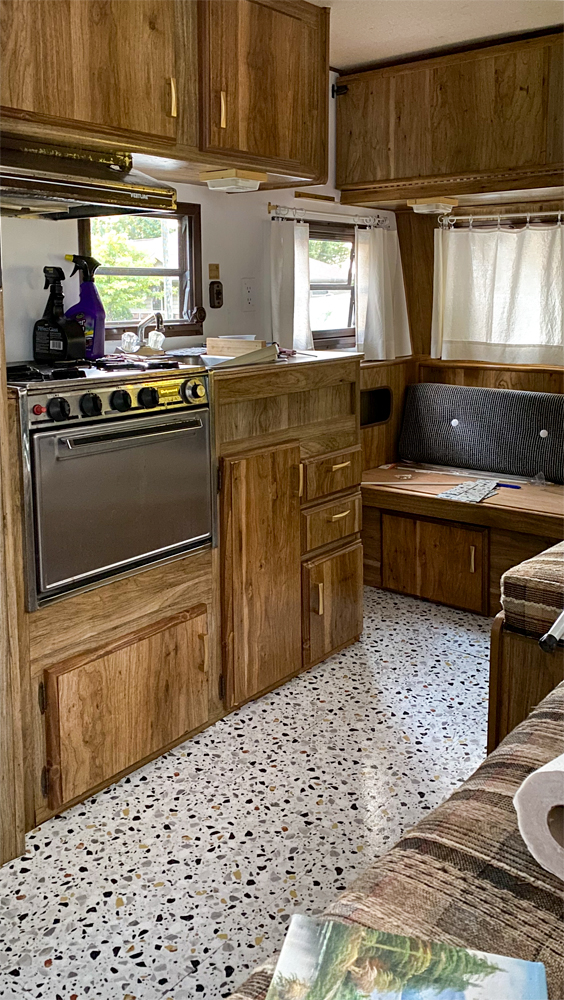 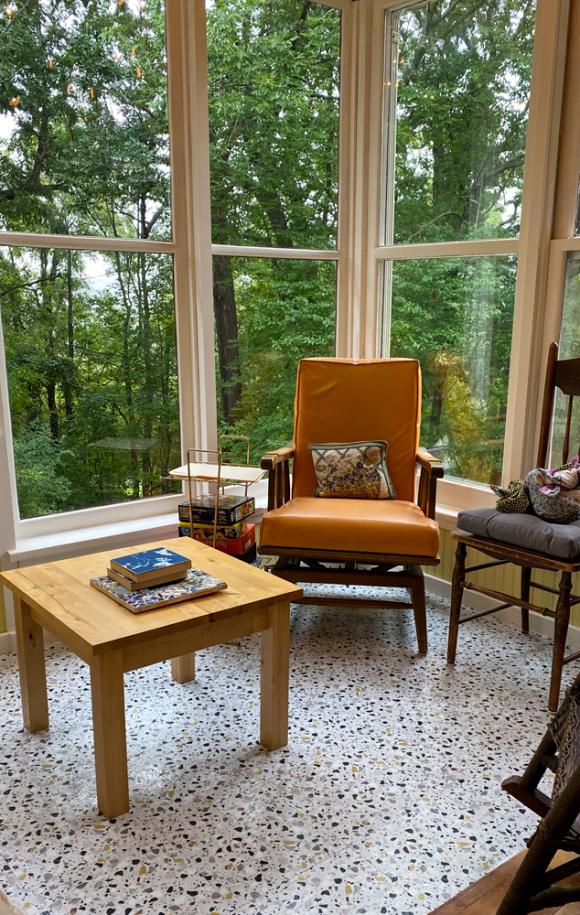 Kate finished the floor in Ducky, and Rusty did the same in The Garden Room. It was SO NICE to read the Sunday paper in there yesterday morning. 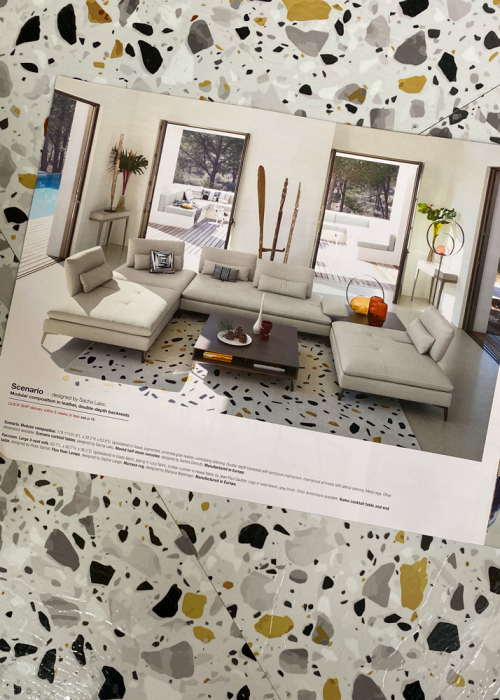 I laughed out loud when I spotted the rug in this ad from a flyer in said paper. We are SO ON TREND! Heh.

We made a shopping trip and started to pack up Ducky for our little mid-week trip, and I sewed up the seat cushion for the couch. I still need to do the button tufting, but that'll be quick and easy! That seat cushion was the largest & most unwieldy, by far, so I'm really happy to have it done.

We all had a nice chat with Maddy over the weekend. They are leaving tomorrow (I think... was it my Tuesday or hers??), taking their time and a leisurely scenic route from Northern Territory to New South Wales. Hopefully, they'll have secured housing by the time they get there!

Ann called yesterday and wondered if we were watching the football game. They weren't having any luck tuning in from Peru, so she wondered if I could prop up my phone in front of the TV... and we watched the last quarter together that way. (Go Pack Go!) Malina was nearby and sort of fascinated by Ann. Mack popped in, similarly fascinated by Malina (you know how he is with the babies!)... and I was gobsmacked by the change in his voice! That should be no surprise, given his age and, well, it's only natural, but c'mon... my first "practice grandchild" is getting so old!! He's as tall as Ann and, well, next thing you know... it'll be Addie, too. Haha.

It's not official yet, but likely that Annie & family will depart Peru in early December and quarantine with us/in the apartment for a few weeks, then back and forth to Madison over the holidays and into January. They'll still be working & going to school for some of that time, and the apartment would be perfect for them!

I have finished all the houses and roofs on the baby blanket, and have started the last of the skies. (Note: I have trimmed ZERO tails in this row... it's pretty shaggy right now!)

It was awfully dim when I took this photo on the back sidewalk this morning... it was dark enough that the solar motion step lights illuminated when I took a bag to the trash can just moments before.

I hope y'all had a good weekend!

Skater Boy and the Chalk Girls are wonderful! My kids went through an anatomically correct phase which meant they told everyone they met at the bank, post office, and grocery store that they had penises and their mother had a vagina. For some reason, people rarely replied. Come on baby, your blanket is almost done!

Not to be a nosy, cranky person, but learning to ride skateboards with pads now will encourage their use later when he is bigger and more adventurous and just as breakable (speaking from adventurous son experience). Enjoy your Ducky inaugural event :)

You KNOW that baby is waiting for you to be tucked in for the night in Ducky away from home. There are rules about these things. Ha, ha!

Glad to see that Jun is wearing a helmet. Gloves would be helpful to avoid scrapes (Just remembering my brothers) Chalk fun,yay! Hopscotch and potsy will happen soon. Love the curtains. your new flooring looks like the floor in my first apartment-It was called a poured floor. They added colorful pieces to liquid linoleum and poured it out. The result was an indestructable floor. Yours look like tiles. Enjoy your travels!

Love that floor! And the layout of Ducky is very similar to the layout we had in our first camper - this brings back such great memories! I think Robby is right about the baby's arrival.

Junah is looking so old, it sort of happens overnight! Wah! But, I love that camper! Too cute!

No baby for my Rachel yet either... although I think she happy to keep it "inside" and safe right now. The air is just so horrid where they are.