I'm joining Kat & the Unravelers today to share another FO! 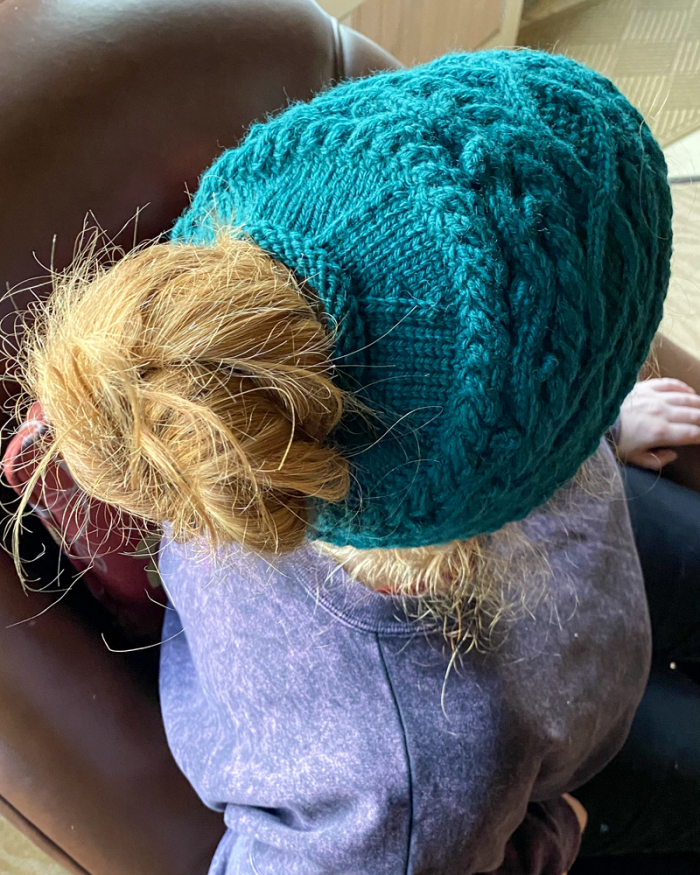 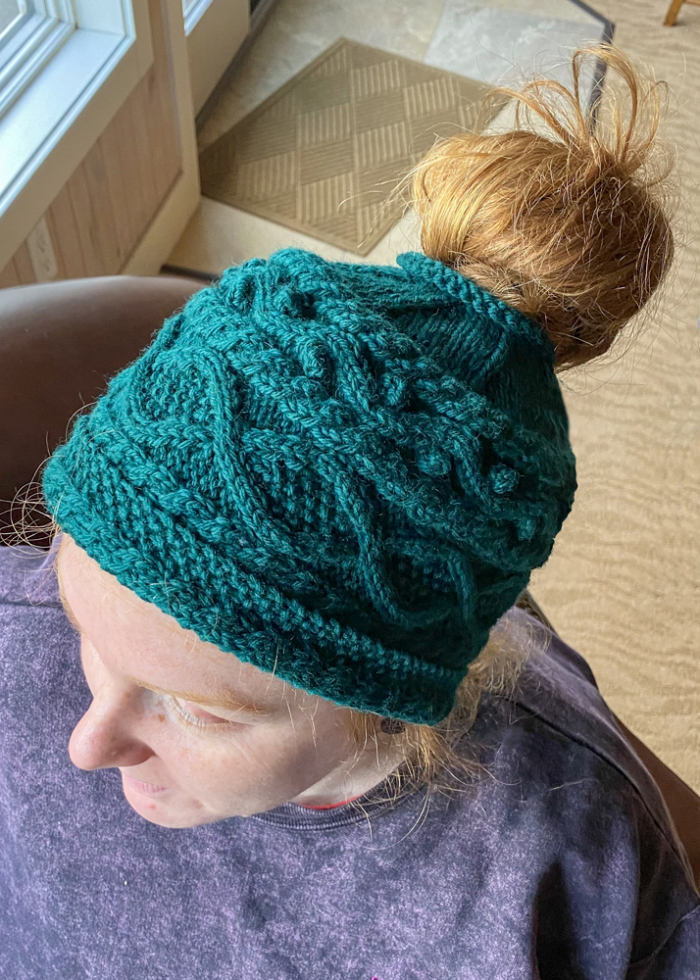 This is the second hat I've knit at the request of my cousin Gail; the first was one of the several Pussyhats that I knit in 2017. She sent me a photo of this hat/pattern several months ago and asked if I could knit her a "messy bun" hat, and I was happy to do it for her! She lives in Duluth -- a place where a person needs a hat!

I wasn't intending for these to be my "official" photos, but had Kate & her bun try it out when she was at our cottage one day last week. I'd hoped to (safely) meet & deliver the hat to Gail in person on our way home from the North Shore, and get a photo then, but she called the day before to say that her husband had COVID and that she was awaiting results of her own test. She turned out to be negative, but still... IT'S IN THE MAIL, GAIL!! It's been quite a while since I knit cables -- and it was fun! The pattern wasn't all that fun, though. I mean, the end product is great, but the pattern is not written very well -- this, coming from a person who prefers to knit from a written pattern! A chart would have been very helpful. 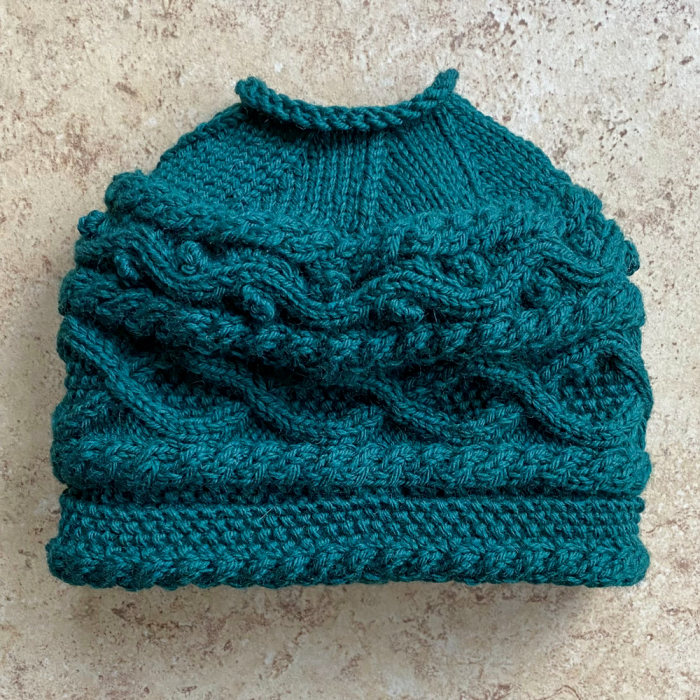 I knit to pattern until the final decreases -- I'm sorry that I didn't count, but stopped short when there was about a 2.5-inch stretchy hole left at the top (after about 6-7-8 decrease rounds), and knit a couple more rounds before loosely binding off. 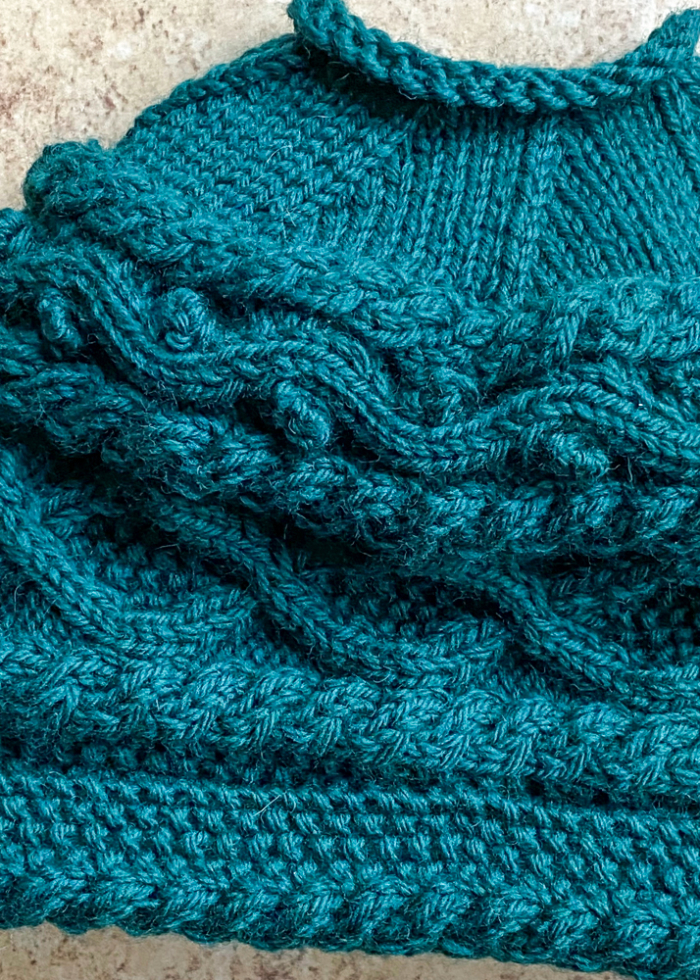 I tacked down the turned-up brim in four places evenly spaced around the hat.

I tucked an actual book into my basket when we were packing for our little vacation; Plantation Slave Weavers Remember: An Oral History by Mary Madison, which I'm pretty sure I ordered in late August after noticing that Beverly Army Williams' gave it 4 stars on Goodreads. So far, my rating will be the same or better!

That is a lovely color, especially with Kate's hair! Best wishes to your cousin's husband for a quick recovery.

That is a great idea for a hat! Hmmm, COVID has added inches to my hair with no trips to the salon for a cut. Great idea! Thank you! (and I hope your cousin's husband is better soon!)

What a brilliant idea for a hat! sure hope your cousin stays well and her husband recovers soon!

That hat is terrific! I'm sorry to read the pattern isn't well written, though.

The texture on that hat is incredible! I too work better from charts, and I have charting software for my designing, so when I come across a pattern that is only written now, I often chart it for my own use!

It is a gorgeous color and I love the cables- Too bad it wasn't well written. As long as your hair is you may need a hat like that.