I'm afraid I may have misled a few of you with my closing meme on New Year's Eve! I cannot remember the last time I went anywhere to celebrate the New Year; it's possible that I never went anywhere -- ever -- except for my own back yard (and to my aunt's when we were kids/teens)! Trust me, there are plenty of years that I'm tucked in & cozy well before midnight. Heh. Also, I can count the days on one hand over the past 2.5 weeks that I've worn anything other than PJs, leggings & a sweater... anywhere in my house, or even outside of my house! In fact, one day, feeling better but still not quite "well," we went for a joy ride -- to the credit union (only the drive-thru is open), the library (curb-side only these days), and just to drive down a road we'd never before traversed -- I just put my jacket on over my PJs, and even wore my slippers. What the heck, I wasn't getting out of the car.

That said, I actually went to bed on the stroke of midnight on Thursday. I couldn't watch anything on TV, though... it was way too depressing (or perhaps I tuned in at the wrong time/channel). Who in their right mind would want to review the news stories of 2020? It's all still very raw and many reminders are still in the news every damn day.

On Friday, I tore out the hat on Junah's gnome so I could refill and balance him better. 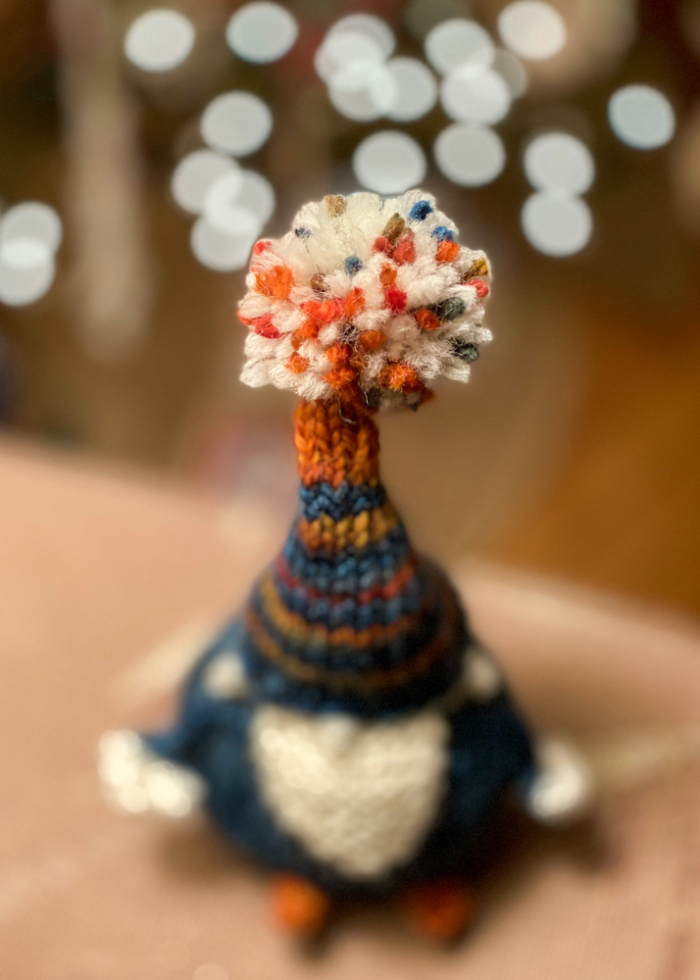 I reused as much of the original yarn as I could, but the reworked has an extra bit of orange at the tip -- to coordinate with the boots, I say!

Also on Friday, Kate & I got started on our Buche de Noel. We baked the genoise, rolled it up, made the cream filling, spread it on the unrolled genoise, and then rolled it back up again. On Friday, we assembled & decorated. 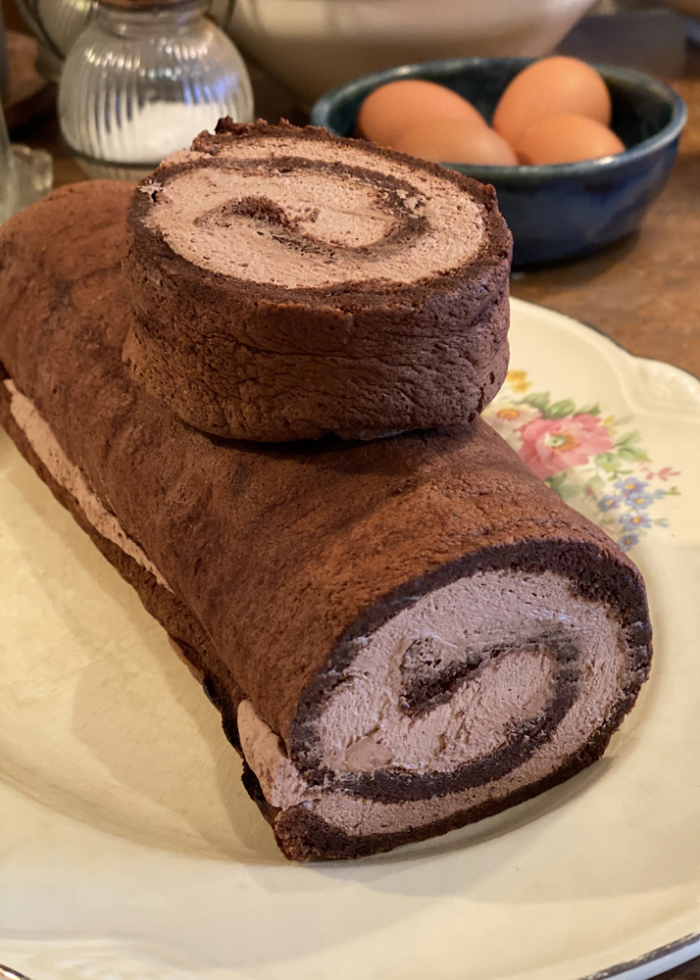 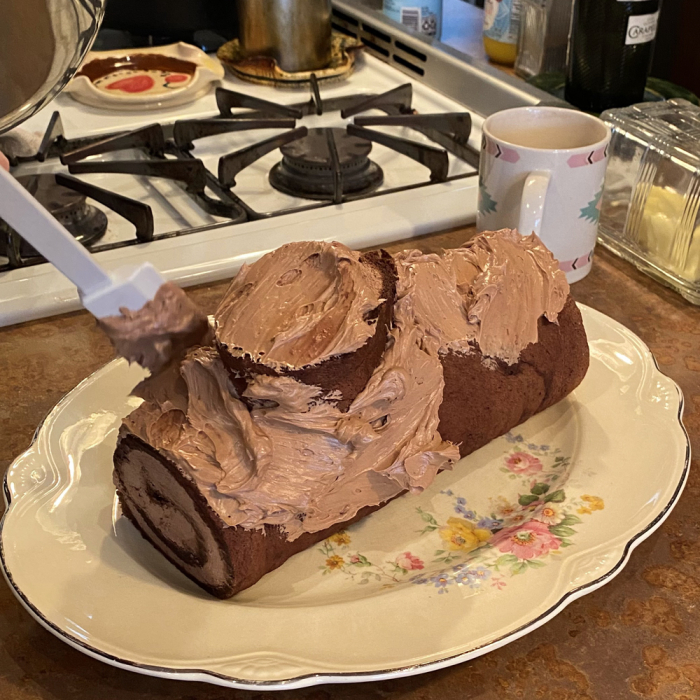 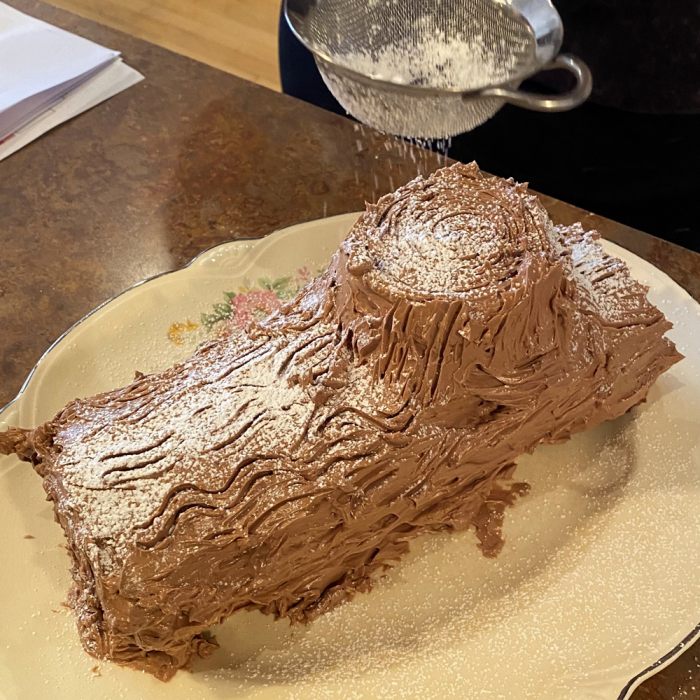 Kate did most of the Saturday work. The meringue wasn't turning out for the mushrooms (various stress factors involved), so we nixed that part and just dusted our yule log with powdered sugar "snow." The kids were impressed!! It tasted great, though next time I would cut back a bit on both the cream filling (also trying vanilla instead of chocolate) and the French buttercream frosting. Everyone cleaned their plate, and some people even had seconds!

The stars of Saturday were the kids! HUGS! KISSES!! CUDDLES!!! 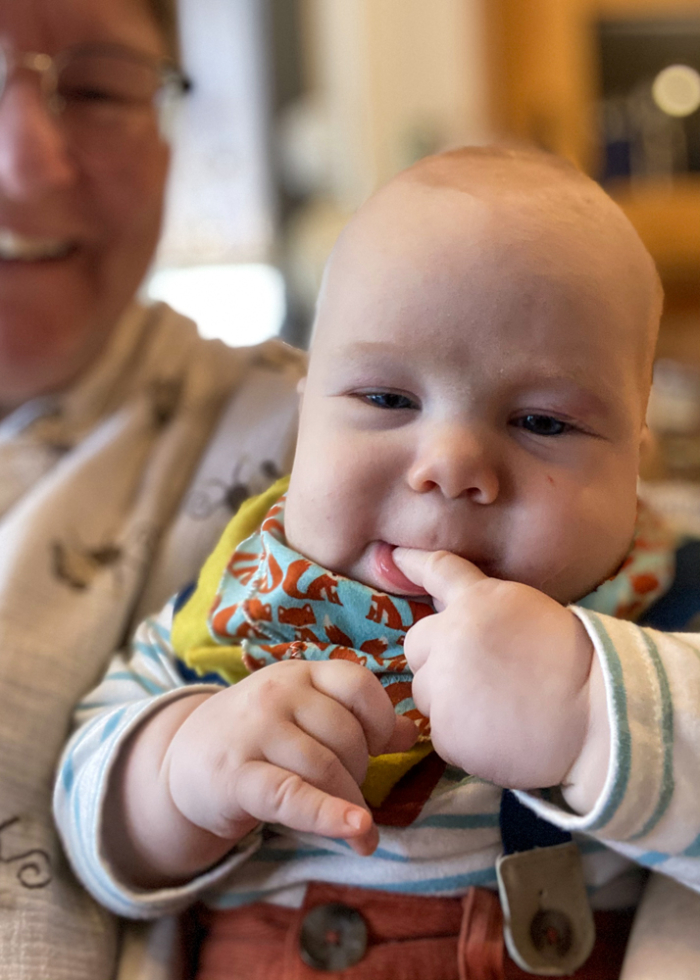 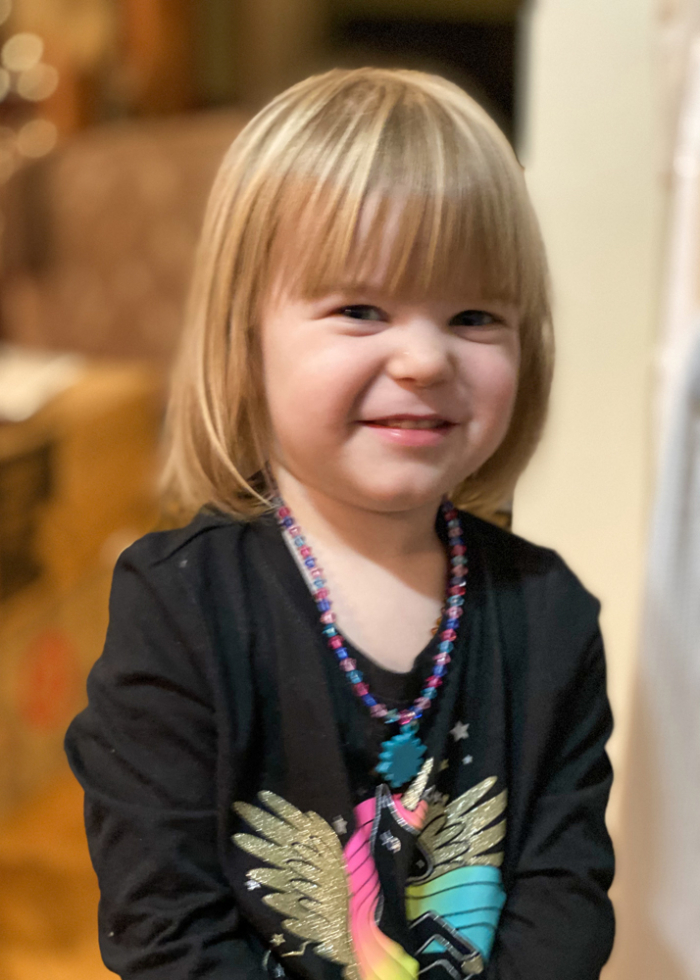 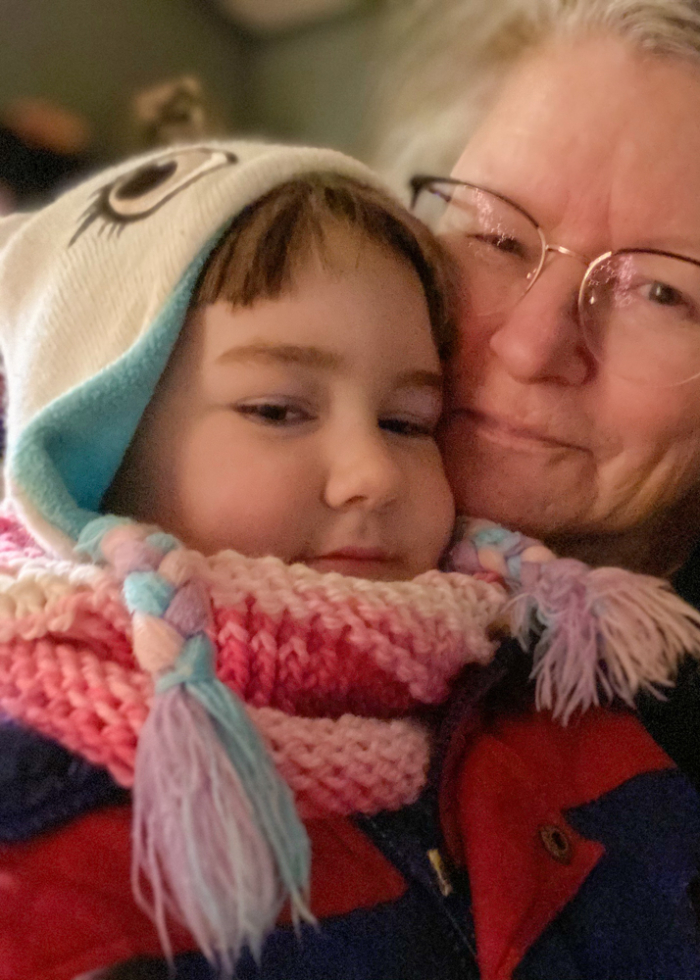 Davy is smiling & giggling! Malina seems so old now, and is a little sassy! Ginny was her usual chill & ultra-cool self. Junah... is Junah!

I didn't take very many photos, and regret that I didn't get one with Junah (not for lack of trying... but my request was denied!). We'll be going out there a week from tomorrow for a little birthday celebration, so maybe then.

It was so great to see them. Rusty took Junah & Ginny sledding on a nearby hill while I started getting the pot roast ready & in the oven. We had a nice dinner, the kids loved their presents (and so did the adults), we played...

It was just perfect.

I can feel the love for your grandkids radiating from this post. I'm so glad you got to be with them to celebrate the holidays!

Finally you were able to be with the kiddos!!! And the few pictures you snapped are so good Vicki. Why am I not surprised that Malina is a little sassy? I'm still struck by how much Davy looks like Jun. And your Buche de Noel is gorgeous. I like the idea of powdered sugar as snow. The few times that Colin and I made one together when he was little I was struck by how overly sweet it is. Tasty, but so sweet!!

Great gnome, absolutely delicious-looking Buche de Noel (even Mary Berry would approve), and I'm so glad you got to see the grands!

I am glad you are feeling better! And got to see those kiddos! But your Buche de Noel! Gorgeous!! It looks too good to eat!

I drooled all over my keyboard looking at your Buche De Noel. My friend finds it sweet and solved the problem by adding 'coffee' flavor(from King Arthur) to the cream. Love the new hat for the gnome. The kids are looking so cute. I especially love the cuddle with Malina. I did watch the ball drop-turned it on about 5 min. prior- it was disappointing. There wasn't the ususal light show on the ball, but I'm glad to see the back end of 2020. May your New Year be filled with good health, family, and fun.

I think these photos capture what was good about 2020 -- time with family! There were so many disappointments, but I will never regret the extra time with my immediate family and the fact that we were forced to slow down and enjoy each other's company. I'm sure you squished those kiddos extra hard!

I"m so glad you are feeling better -- and so happy you were able to spend more time with your grand kiddos! I'm sure that was such a welcome event. (And I remember when my kids started to say NO to photos. . . challenging . . . but thankfully they moved out of that phase pretty quickly. . . ) You and Kate did an AWESOME job with the Buche de Noel. It looks fabulous! Truly STAR BAKER worthy. XO