Unraveled Wednesday: Goin' with the flow
You've been misled

I finally shipped Maddy & Viv's Christmas (+) parcel via DHL last Friday! I was going to do it around Thanksgiving, but was waiting on a few things, and then the news about shippers being overwhelmed and packages piling up or lost, so I decided to postpone.

We expected it would take at least a month, but that parcel left here on Friday and was on a plane from Milwaukee on Saturday, headed first to Cincinnati and then to Los Angeles, and was in Sydney by Sunday, and on Monday was making its way to the girls in New South Wales!! I mean, you would die if you know what I paid for shipping, but at least there was some measure of "service."

Maddy sent me this photo this morning: 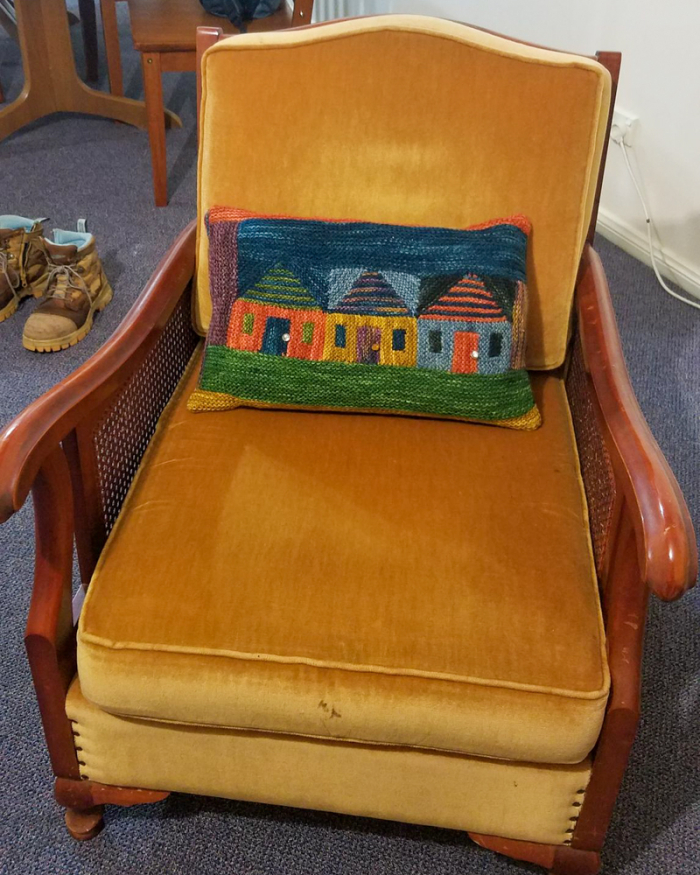 The "Safe at Home" pillow that I made for them is Safe in Oz!

I sent this in return: 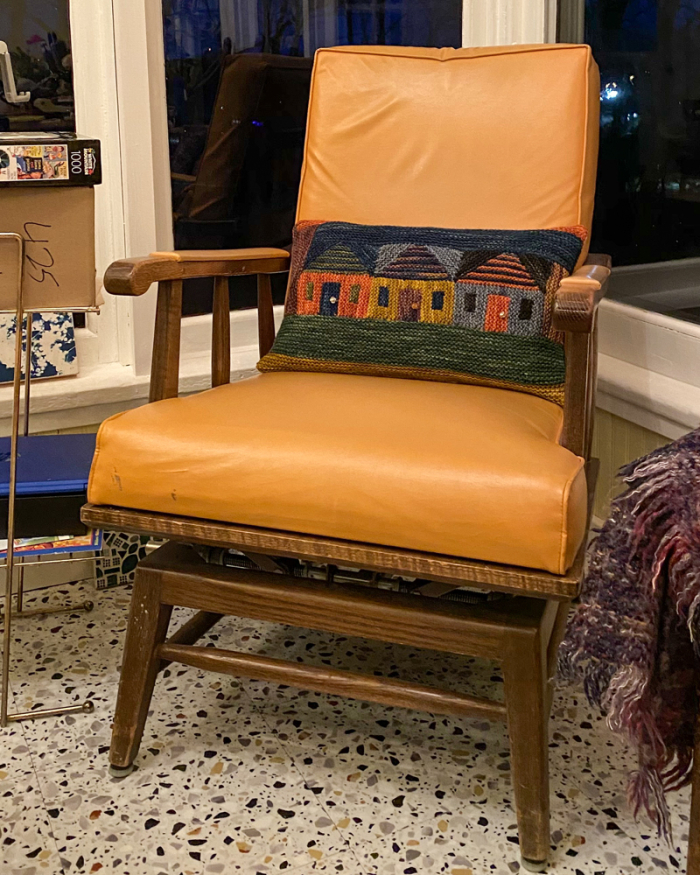 Twinsies! There were a couple of knit cowls from Kate, some Drink Wisconsibly can coozies, cards & notes... and a credit card (as was due to expire).

Meanwhile, I'd similarly sent new credit cards to Ann & Brian in Peru that day and apparently they need to pay some sort of tax before the shipment will be released. It sounds more like ransom to me!

Twinsies, indeed! I think there are so few flights that they're trying to make the most of them these days, but that's super fast.

I love the fact that you have twin cushions and it looks like they go perfectly with both chairs! I'm sure you paid eleventeen gazillion dollars for shipping, but delivery in less than a week is amazing I can't get a birthday card from NJ to PA (about 18 miles) in less than 14 days. The next time I send something to Ryan, I just might try DHL.

Wow! That is fast delivery. Yay for twinsie pillows - they are beautiful Vicki!

I'm sure shipping was ridiculous, but I guess it was worth it if it got there that fast -- I've had mail sent to me from within the same state that's taken longer!

It's incredible how those chairs match! And I think you were super brave to send those valuable hand knit items!

Okay. Those pillows! AWESOME. (And now I think I know what I'll be doing with my Safe at Home houses. Because it's pretty clear they'll never be a blanket . . . ) So glad your package arrive safely! XO

Twinning is winning! You and Maddy win on these great photos! It is perfect - in either place! :)

The pillows are amazing. The chairs are so similar too.