Kate found a fabulous flat-share in Edinburgh -- lots of room (both private & shared) and a great location! Occupancy as of July 1st, but possibly sooner (her current Airbnb term is up on the 22nd). 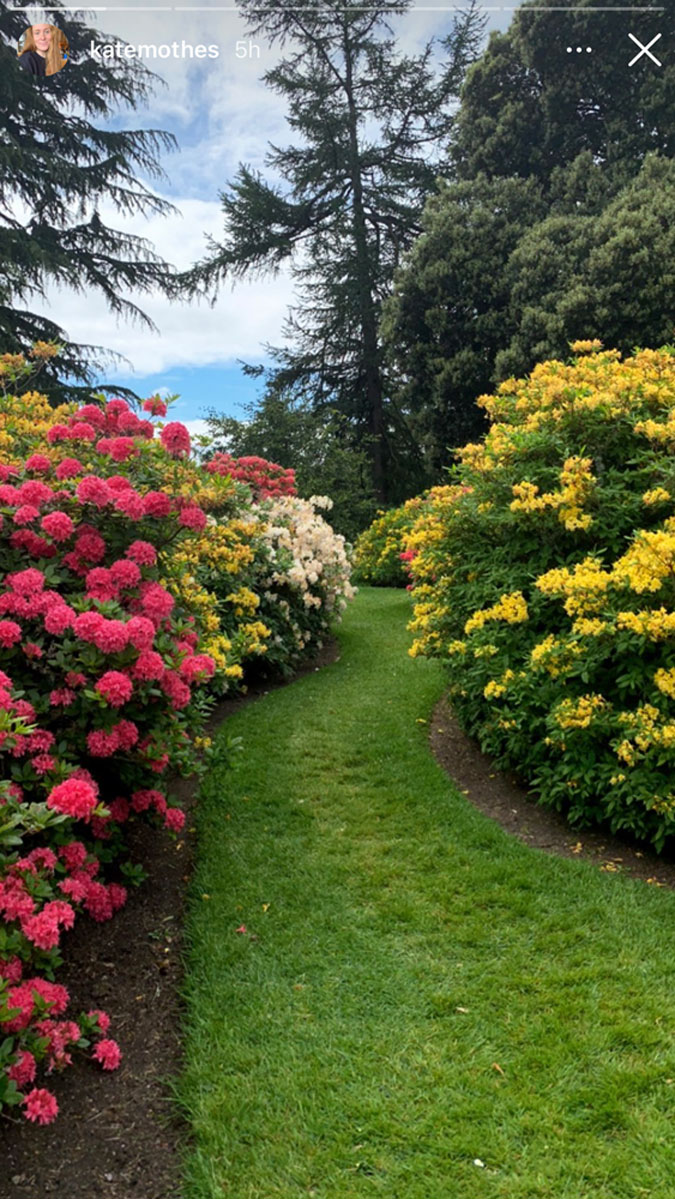 The Royal Botanic Garden Edinburgh is about a 40-minute walk from the new flat. She was there today and had to share the rhododendrons with me. They're spectacular! One of my favorites, and I've never seen rhodies as big & lush as in Edinburgh.

She also found a part-time gig at an art space with a fantastic view! 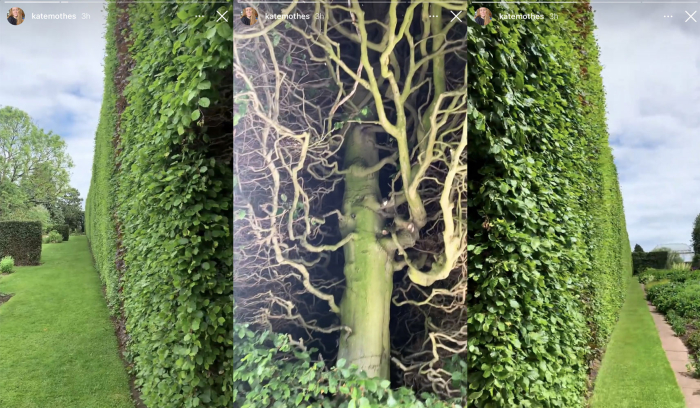 (This is not the view.) I assembled this collage with stills nabbed from a video that Kate took as she walked through an enormous hedge at the Royal Botanic Garden. It's like an X-ray in the middle. So cool.

Maddy is also starting a new part-time job next week -- at a brewery! It's very close to the winery where Viv works -- a half-hour drive from where they currently live -- and perhaps they'll relocate if all goes well.

The current scene in Maddy's backyard: 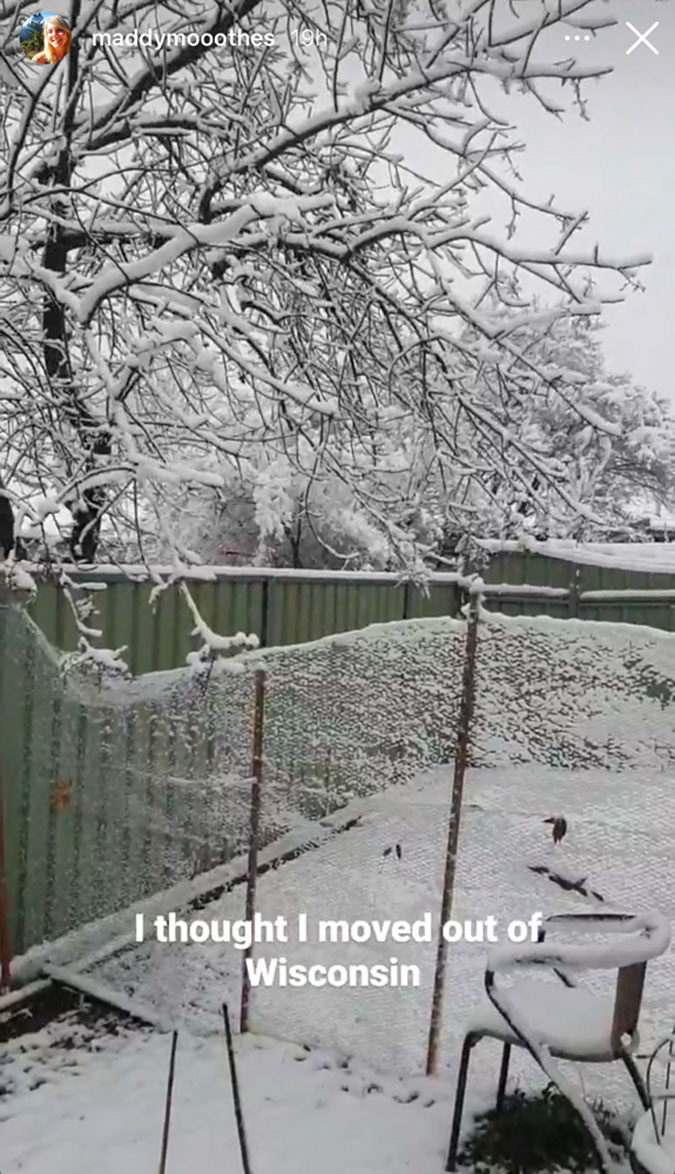 Maddy said while snow isn't unusual, they're not used to it sticking/sticking around so much!

Meanwhile, we're in a heatwave that doesn't appear to be letting up anytime soon! I am looking at 80F predicted for Tuesday and thinking of it as a relief! We are/have been hovering more around 90F and there's ZERO precipitation... and it looks like it will continue for as far as I can see.

Time for a Dilly bar.

It's so wonderful to hear and see good things from your international kids! I hope you'll get to visit them soon(ish) but until then it'slovely to see lovely photos. We've had temps ~95 with accompanying humidity this week, but today it's only 87, so time to get out there and finish mowing. (My reward is going to be a nice cold beer!)

It's so strange to think about anyone having snow right now, given how hot it is in so much of the United States. I do like Maddy's caption -- good that she's got a sense of humor about it!

Yay for the kids and all that is going on! Hope you and Rusty get to visit them soooner rather than later. I love that middle picture (x-ray style) - very cool. Our weather has been stupid hot, but today it feels almost chilly (70's and rain).

Thanks for sharing good news on your international daughters! You're unwavering support of their adventures is a wonderful example of how to be a good mom. We've had that heat here but now it has turned cooler with no humidity and it's a wonderful relief.

What a fun update from your girls! Snow! Yikes... that is crazy looking :)

oh yay! I love a fun update on your far-away kiddos ... especially when it's such a good one! (and so sorry about the heat - sounds like our weather is similar to yours, and we are a LOT better at air conditioning here in Georgia!)