One of the craziest weeks ever
Making & Doing

Ali took the big kids to the "Eve of Destruction" on Friday night -- our local raceway's end-of-season demolition derby extravaganza -- and I took charge of the littles. 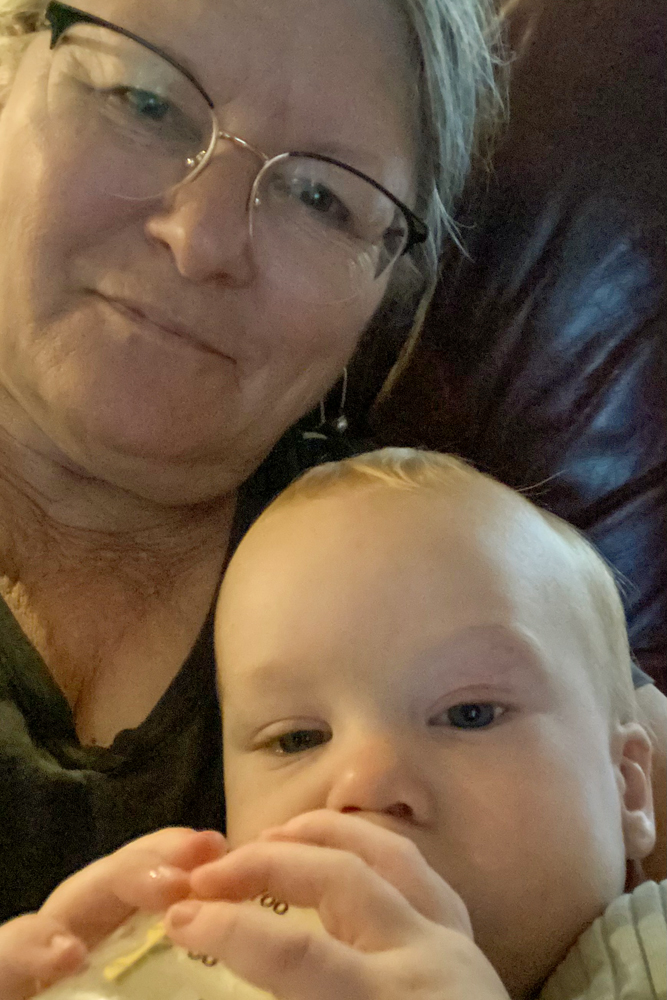 It was a late night, but Davy was a trooper! He was in such good spirits all night long, and... I witnessed unaided/unsupported squat-to-stand more than once, so it won't be too much longer before he figures out the whole walking situation.

It was Malina's night to sleep over... 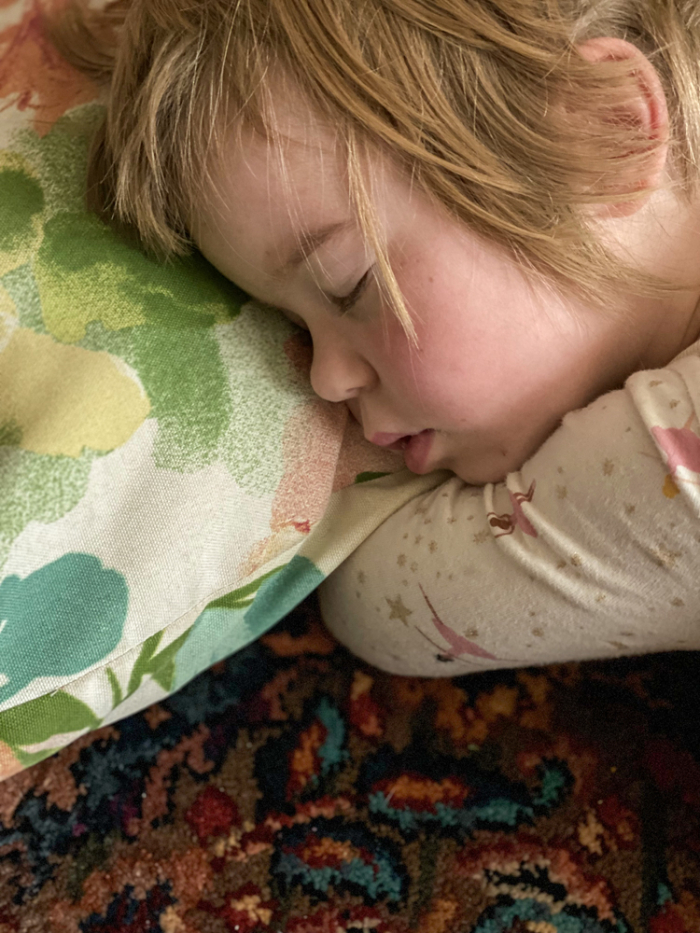 ...and boy, did she sleep! She wanted a sleeping bag on the living room floor, chose her pillow, and was zonked out immediately. She slept until about 10:30 on Saturday! Ali said that Malina is her "late sleeper," and she was taking advantage of an unusually quiet Saturday morning to sleep in. 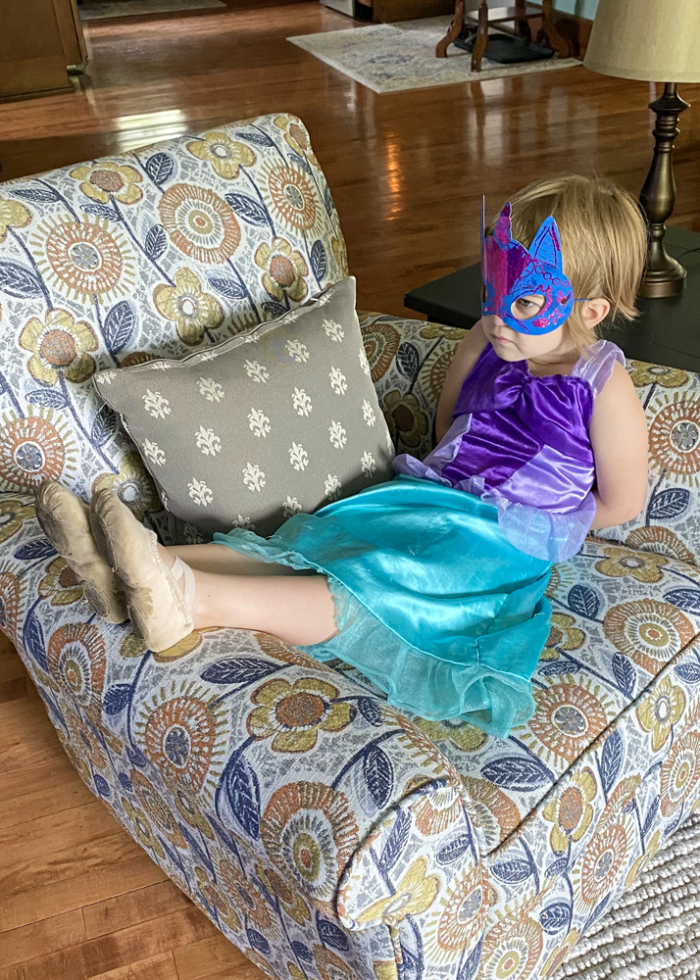 She accompanied me over to Ann's and watched a movie while I did some clean-up and made up a bed for the house painter, Randy. 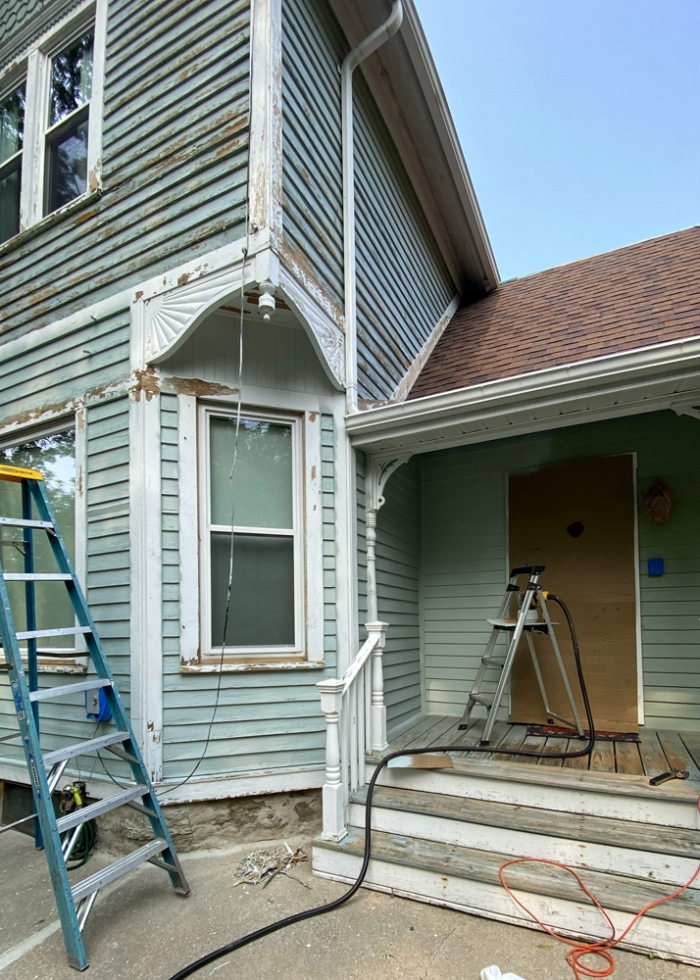 This was still fairly early on Saturday, and he worked all day on Sunday, too. The new siding color is just a smidge lighter than the old, and I love it. 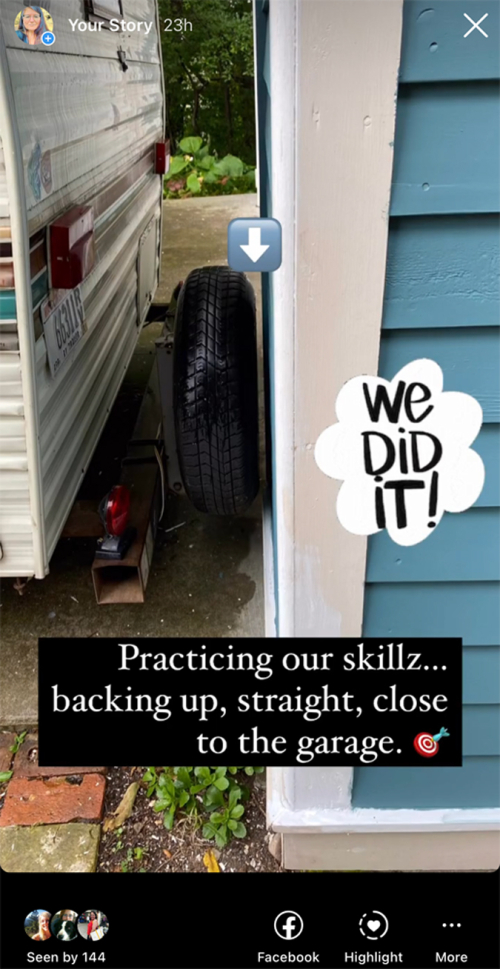 Ducky's been parked across the street all summer and we had to move it yesterday so the owners could use the area to stage a little remodel project over there. Rusty & I are perfecting our maneuvers -- me behind the wheel and him giving directions. It took a lot of backing up & pulling forward, turning the wheel this way & that, and the across-the-street neighbor stepped out just in case we needed him (he's an excellent guide & I've joked about bring him wherever we go, but we really need to figure it out for ourselves!)... and we did it!

Rusty & I will be taking off with Ducky on Friday for a weekend in Prairie du Sac where he's teaching a weekend class. We'll be in a campground/resort for the first time, located across the river in Sauk City, so we'll see what that's like -- it's a whole new area for us. There's a yarn store, Flaxen Fleece, about a 10-minute walk away from the RV park, so I'll definitely be checking that out... along with a local brewery and nearby Wollersheim Winery & Distillery. I'll be crocheting and knitting (new project alert on the horizon!) and mending and maybe catching up on some overdue bookwork (if the internet is any good) (or maybe I'll find a coffee shop) and probably napping.

So I'm in for another busy week -- a couple of book club meetings, prepping AQA for a weekend guest, and finishing getting Ducky ready (much nicer in our own driveway instead of schlepping across the street) -- but a 5-day weekend with a little adventure is ahead.

Enjoy your trip! I've been to that yarn shop-- when it was still called DMarie-- and "need" to go back to see what's changed, if anything, other than the name! The winery should be fabulous this time of year-- is it grape stomp weekend?

Last weekend sounds like a great one, and next weekend sounds quite promising, too! I love Malina' s outfit, and your parking skillz are perfect! I've often thought that yarn shops could use an adjacent brewery/winery, and you'll have all that and more. Enjoy!

Go you on the trailer backing up!! Fletch does that with ours and i stay inside so that I don't start screaming directions/instructions to/at him - LOL. I drive the car towing the camper, but that's the extent of what I do. Malina is darling in her outfit and so sweet sleeping. Davy is a charmer! You are one busy lady. Enjoy your long weekend get-away. I'll look forward to hearing about it. We leave in 2 weeks for our New England get away camping trip!

Ooooo! It sounds like a really fun weekend you've got coming up! I can't wait to hear all about it. In the meantime . . . those little grands are so adorable. I love that you get 1x1 time with each of them. That's just so special -- for you and for them. (And well done on the trailer backing up. WAY above my skill level.) (And I know this because we used to haul a trailer - not a camper - up north with us. I was ridiculously BAD with it. . . ) XO

Malina is ready to be a teenager if she's already sleeping that late! I am impressed with your Ducky parking skills and look forward to hearing about what you get done when you take it out this coming weekend!

All the years we camped . . . I never drove the camper once! Go you with the bad skillz! I think your weekend away sounds lovely and I hope you and Rusty have a terrific time.

have you tried hanging tennis balls next to garage as guides for parking?
Or bells mounted on Ducky to warn of closeness?
Hope you have a great adventure! The kiddos are soooo cute! Love Malina's outfit.

This sounds like TWO fantastic weekends in a row ... and I'm struck by just how different they are :-) Hope you have good weather for camping - and walking to the yarn store! - ENJOY! (p.s. our family has NO late sleepers ... 8am is pushing it ... I wonder if it's genetic?)