I've been doing this NaBloPoMo thing for a few years now, and I thought it might be fun to look back at a few November 18ths of the past.

On November 18, 2009, the first year that I participated in this month-long exercise, I'd shared finished a scarf! 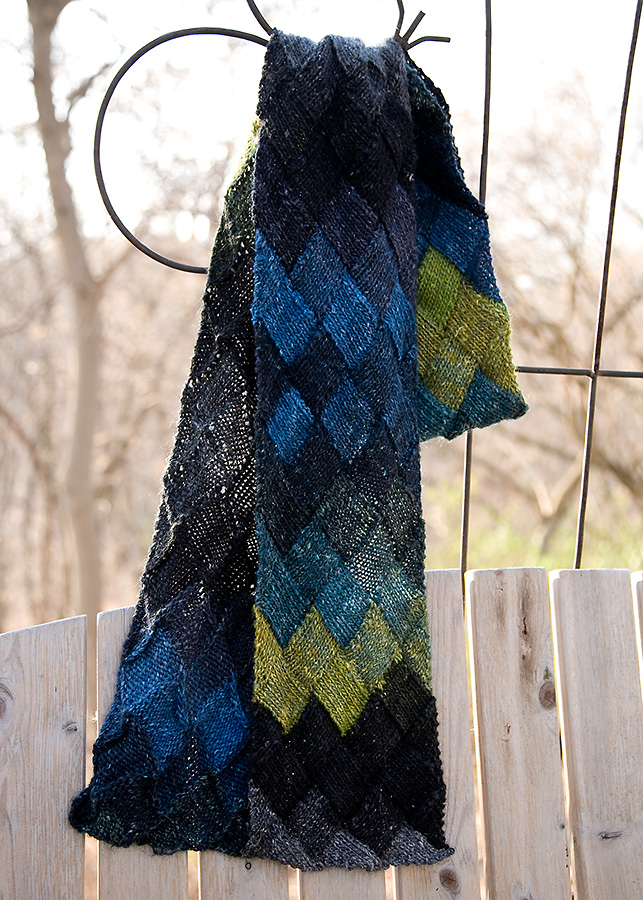 I ended up giving that scarf to my mom. I love that colorway, and the scarf turned out great, but I don't know what happened to it!

At long last, I'd begun the prep work (clearing space) for a little remodeling project and among the things I found in the process were a couple of knitting pattern pages torn from magazines. I'd knit both of those patterns in the mid '80s when I lived in Oregon. 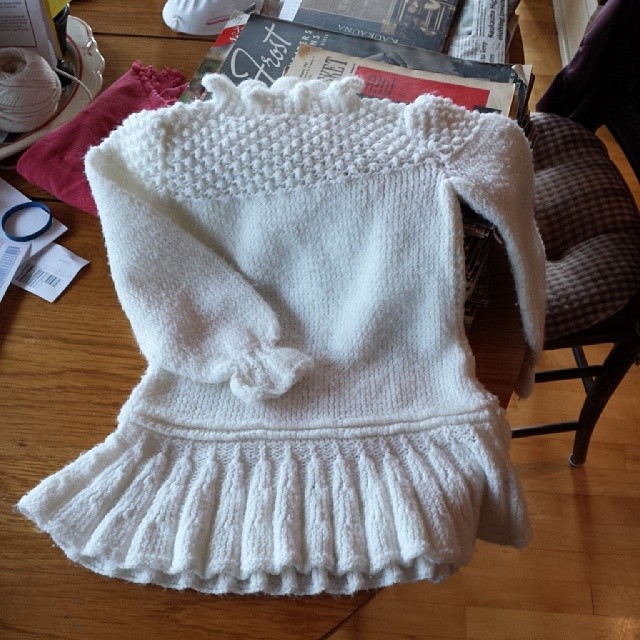 "...it's this little dress that made me a knitter"

This photo of the actual dress was not included in the original post -- I must have found it later. Quite the "little" project for a relative newbie, eh? Look at all those elements! 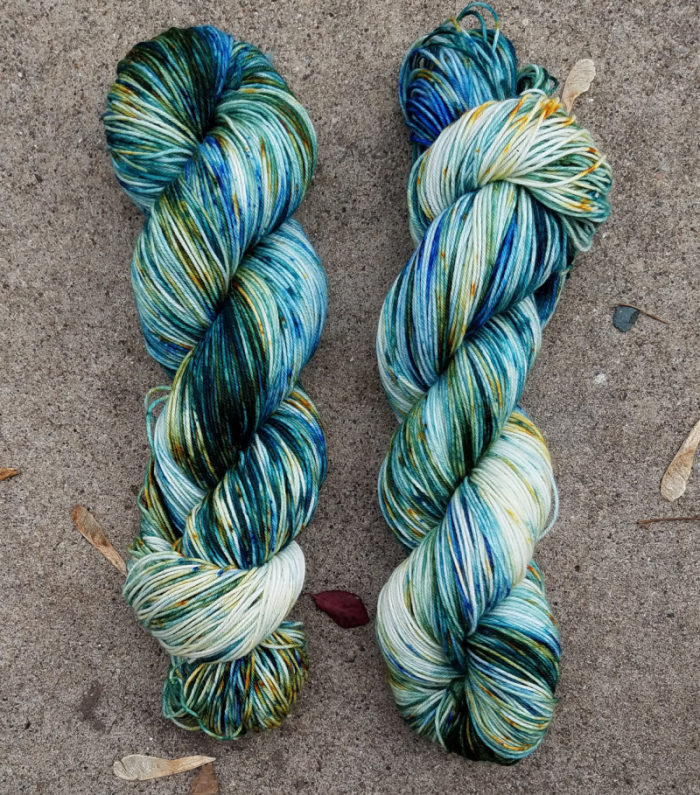 Dyeing yarn! I'm going to have to work on making time for this again. I miss it so much and acquired some new-to-me equipment a few months ago that I'm dying to try, not to mention the stash of ready-to-colorize yarn!

One of the bases I'm excited to dye -- and then knit -- is KnitPicks' Felici Worsted. It's the same fiber content -- 75% Superwash Merino Wool + 25% Nylon -- as the sock yarn, but WORSTED! And when I do eventually get around to it, that's what I'll use to knit Viv's new socks! They ought to wear so much better.

It's always so interesting to dive into the archives... thanks for humoring me!

Well this was fun! I can't believe that "little dress" you knit - what a project to tackle as a new knitter!! And the scarf from ages ago is so pretty. A shame you don't know what happened to it. I'm excited to hear you are planning to get back into dyeing!! I don't use much worsted but that may have to change - LOL

Great look back! And that dress! Wow, I can't believe you knit that as a new knitter!

What a fun way to look back!!! I love that Ginny post about making up songs, so darn cute!!!

What an interesting and creative look back! I love the scarf, the pleats in that little dress, and I'm very glad you are thinking about dyeing again (you know, in your spare time!)

Many blasts from your past. Love the scarf-I'm sure your mom loved wearing it. The Dress is a major WOW and so is the handdyed yarn!

What a fun look back! I do hope you'll dye yarn again. I love seeing what you come up with. (Also I didn't know KP had a worsted version of Felici!)

What fun, Vicki! I love the little dress you knit. It certainly shows your adventurous approach to knitting (and . . . making, in general). I always love the way you just . . . go for it . . . with projects. You inspire! XO

Your past posts and projects are a walk down memory lane. That little dress is quite something. I would never have thought to knit something like that when I was a rank beginner. Your dying is so full of vibrancy and color. I can't wait to see what you do (when you find the time!