It's the "wrap up" time of year! I recently received 2021 Wrapped from Spotify. 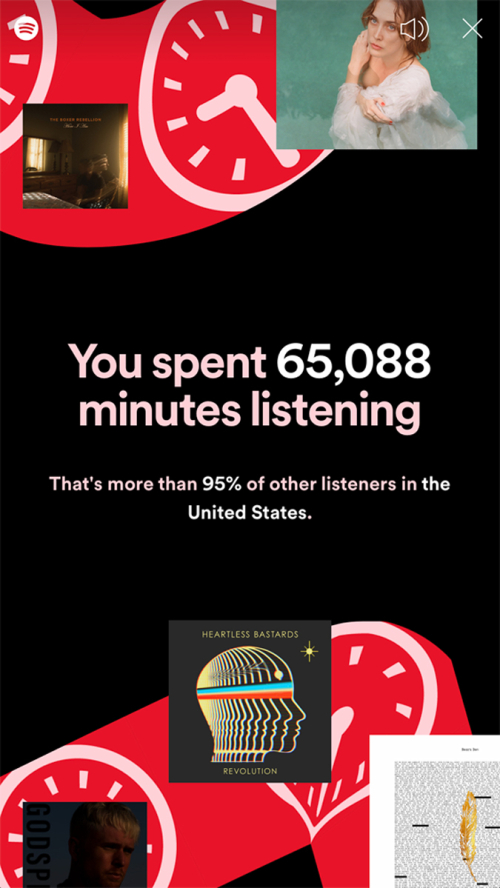 That's a lot of listening time, and 16,000+ minutes (266 hours) more than last year. I'd say that's pretty accurate, and most of that listening time is at work or in the car, though I also listen to books (mostly in the car). There are plenty of "quiet" hours, too.

According to Spotify, my "Audio Aura" is wistful and expressive. I listened to 227 different genres during the year, but these are the top five:

Airtime was given to 3,277 different artists, but the one at the top was Amen Dunes. 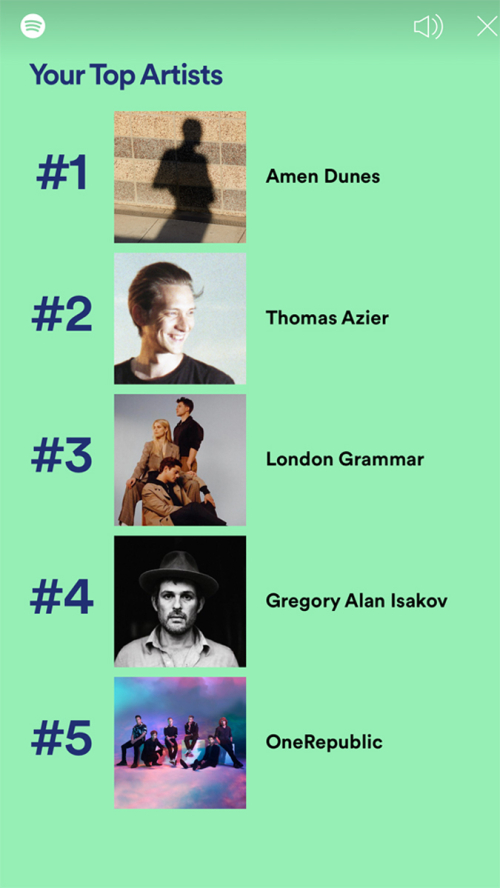 Gregory Alan Isakov has made the list for the past few years. 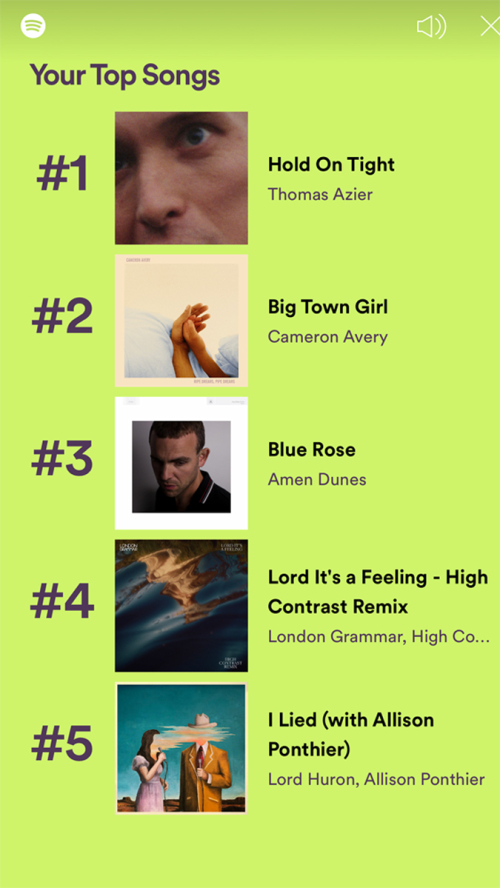 They tell me that I listened to that top song 61 times, which they thought was reasonable (though I suspect they'd say that no matter how many times it played)! I'm unable to embed my playlist here, but here's my Spotify profile and you can find it there (along with some other random stuff).

What have you been listening to?

That so interesting and - thanks to you - Gregory Alan Isakov is someone I listen to now. I will have to check out some of the other names that I do not recognize. I actually prefer quiet. Probably because Fletch has something (usually his play lists on amazon or spotify) playing CONSTANTLY. When I do listen at home, I tend to listen to WRTI which is classical during the day and jazz at night. Weekends we will play WXPN in the a.m. for Sleepy Hollow - a program that is mostly folk.

I listen to mostly audiobooks and quiet, but I'm intrigued by your statistics! You've got lots of genres and loads of artists, some that I'm going to listen to. Thanks!

I will share my Spotify 2021 wrapped next week - I love seeing what other people listen to and enjoy!

I really don't listen to music much these days -- maybe I need to get into Spotify and see where it takes me!

I have no Spotify account (and not sure I want one?) I have a radio station I love and play my own choices at home, but I listen to books most of the time. You are a true music aficionado! Now, to show my age, I have never heard the music and artists on your playlist, but I think I'd like them.

I want to read Grohl's book. He strikes me as a good guy.

Well I don't Spotify- and I'm so old I don't know any of your top 5 artists. When I listen to Amazon music it is mostly my same favs- BTW I just read Vol 2 of Lyrics by Paul MaCartney. In addition to lyrics to all his songs L-Z he includes pix and discussions about how or why he wrote them and some of what was going on in his life at the time. I'm waiting for Vol.1 from the library.