The Commonwealth of New Island

I had a few things to keep in mind as I planned our trip to the North Shore -- a weekend with no guests, work/teaching schedules -- but mostly, the opening of Rusty's New Island exhibit at the Trout Museum of Art in Appleton, WI, which he'd been pulling together for months. 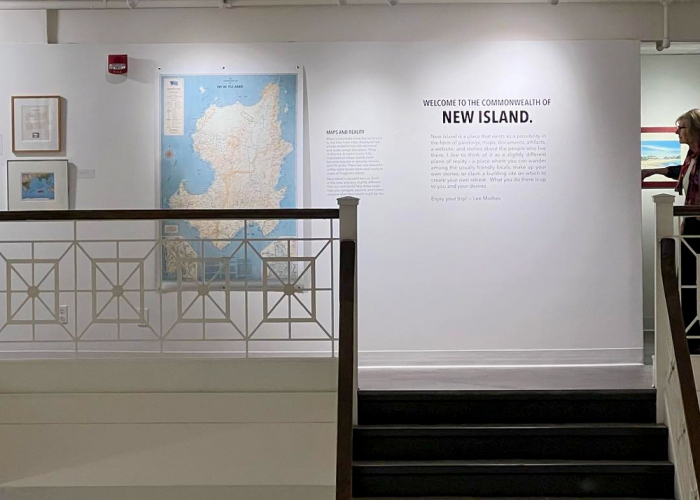 This is an ongoing creative project that pulls together a lot of Rusty's interests -- maps, geography, beaches & sand, painting, drawing, architecture, storytelling, etc.

But it doesn't stop there. There's a culture & history, tourism & travel, artifacts & currency... there's even a flag. 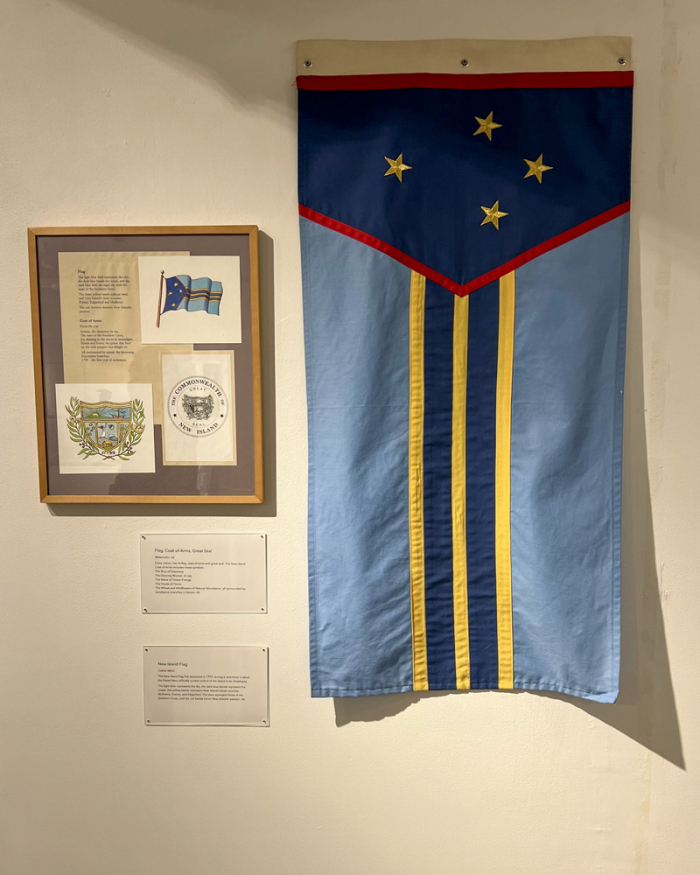 I'm the Betsy Ross of New Island, having sewn that flag in 2005 for a summit of "Micronations" in New York City, which we attended. Well, Rusty attended -- I stopped in after hanging out with fellow knit-bloggers (the first time I'd traveled to do so, and Ann & I were just a few months into the Quit -- it's going on 17 years!  What a trip!).

I found an old review of that show wherein Rusty (Lee Mothes) is quoted just a paragraph or two away from YOKO ONO.

Anyway, the exhibit at The Trout is big. 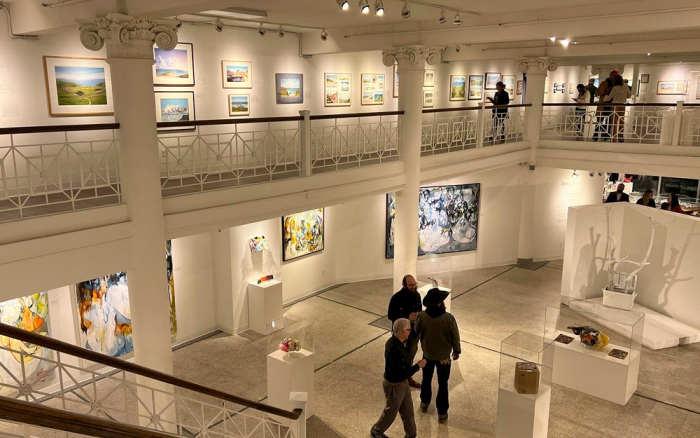 It fills the entire mezzanine and there is a lot of work on display.

There are a few pieces for sale, but a lot of pieces borrowed from their owners, and many pieces that will just never be for sale. 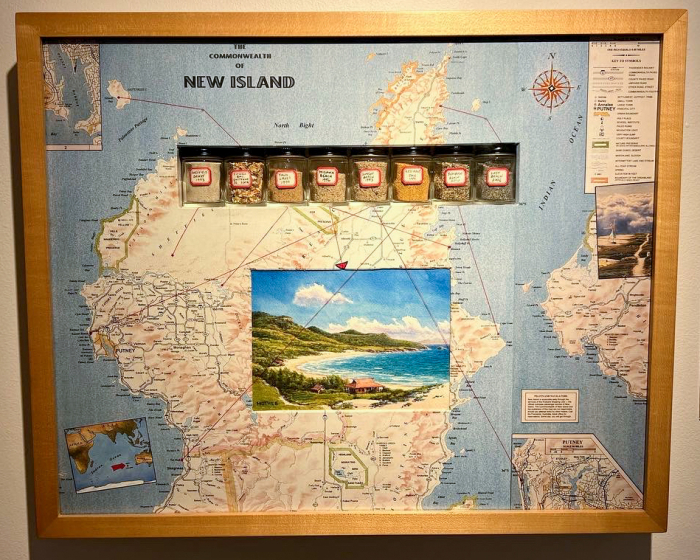 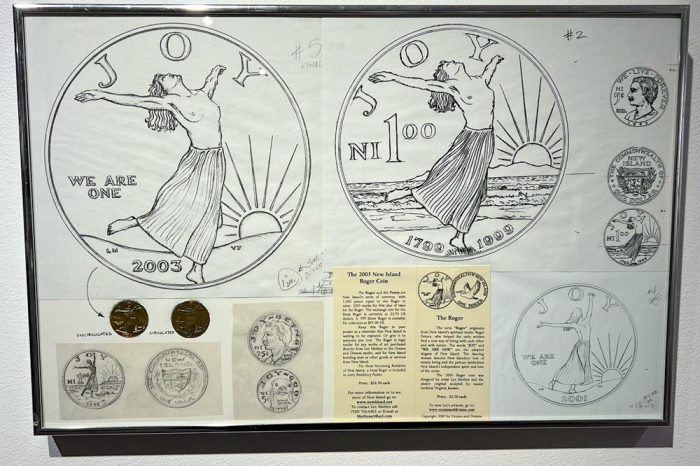 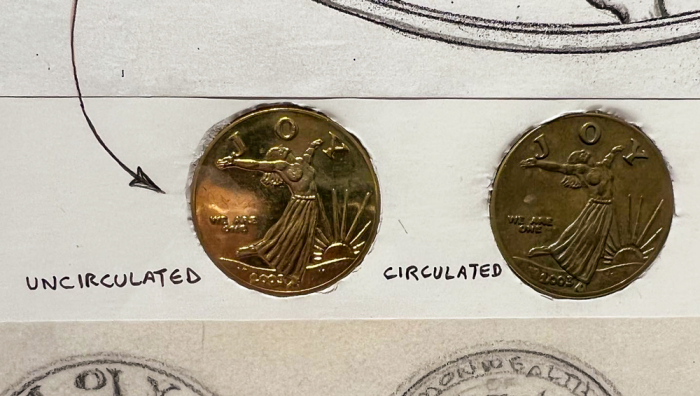 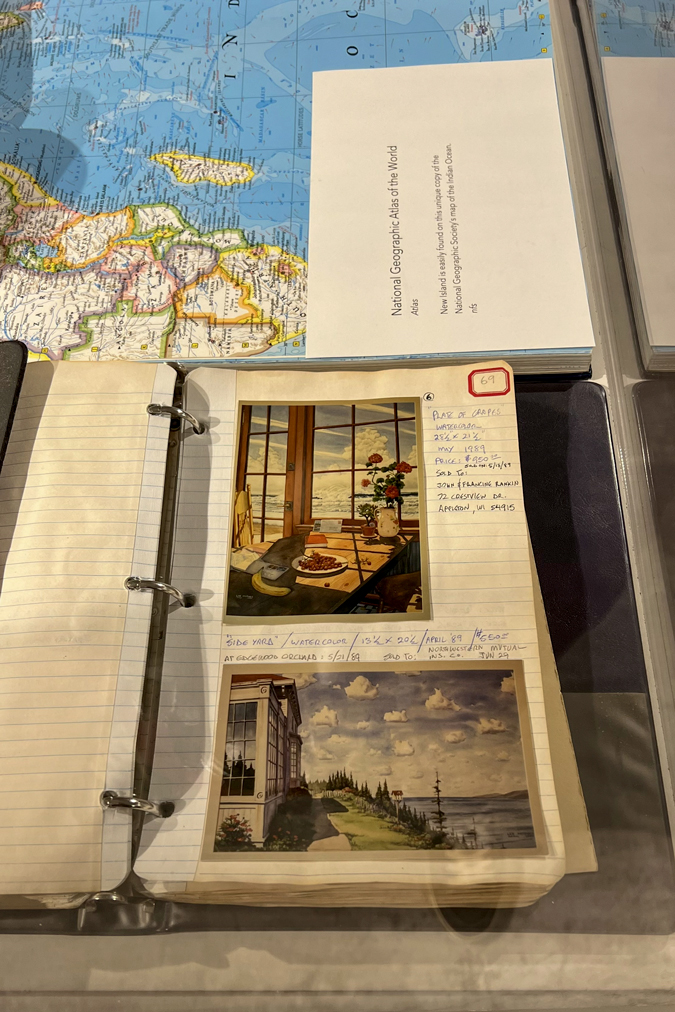 There are sketchbooks and notebooks on display. And the "Roger" coin, the mold for which was made by another local artist, and which Rusty had minted (it's turned up in coin collecting publications). 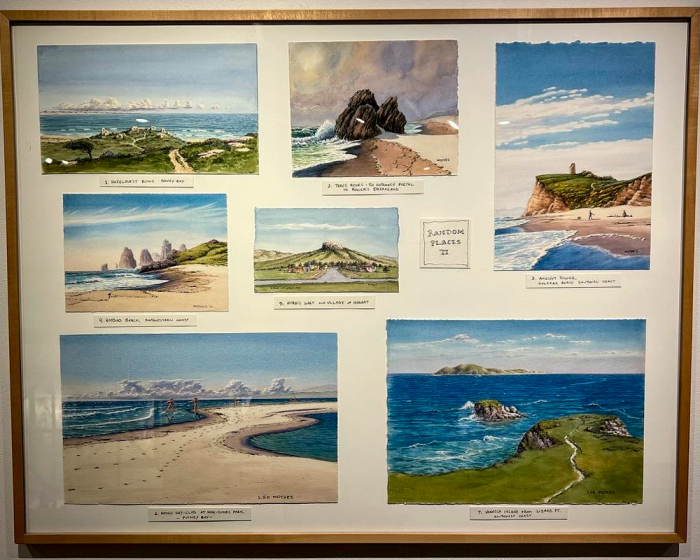 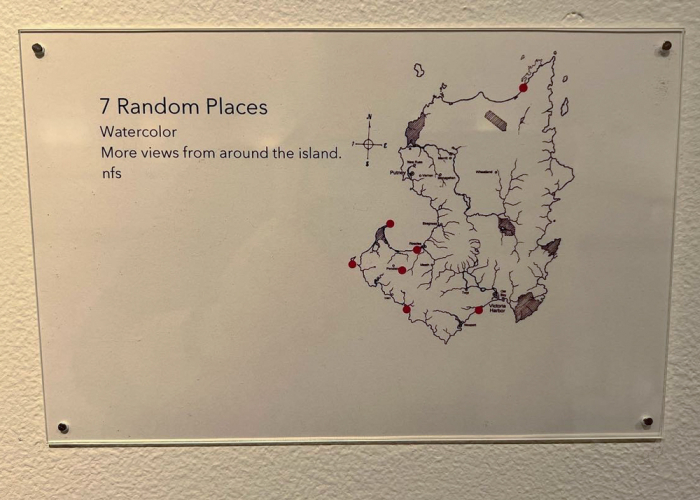 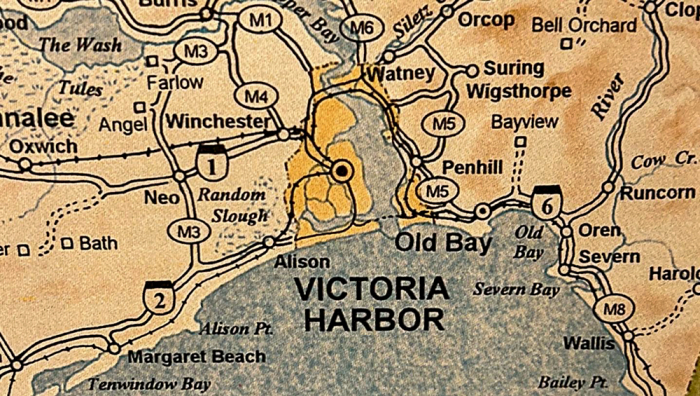 And not so random.

One of THE COOLEST NEW THINGS about this exhibit is the addition of VIRTUAL REALITY! 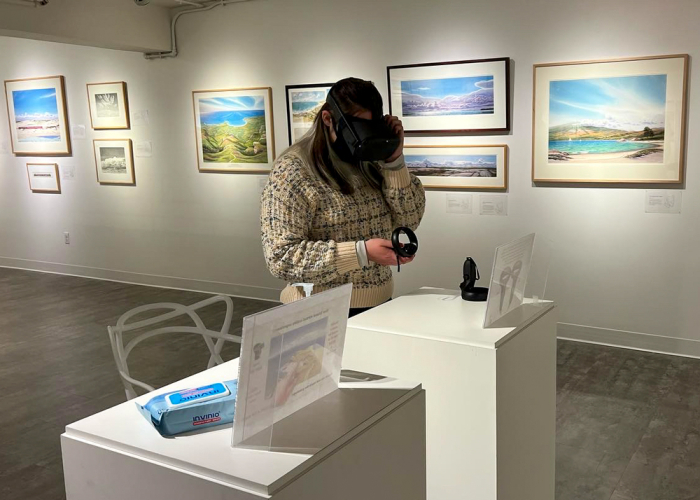 I'm excited that the show is up until early February because I need to go back and experience all of it!

The process is fascinating!

For more on New Island, visit the website at newisland.net and for other work oceansanddreams.com

What a great exhibit that is! Thanks for sharing Rusty's art adventures with us.

So very, very cool! I wish I lived near enough to visit. You guys are all just so freakin' talented - love seeing all you do.

The exhibit looks amazing! What fun that would be. I went followed your link to "The Quit" and want to cheer you on for successfully quitting. It's great for everyone around you too - especially those grandchildren! My dad smoked, and would light up at the dinner table after he finished eating. I sat on the ashtray side of the table, and I was sooo glad when he quit.

I have often had a "desire to be someplace else" but not to the extent that Rusty has carried it out. New Island is amazing with its flag, coins, extensive maps, and pictures, and I very much wish I could see that installation in person. What a gift for storytelling and all the details that bring it to life!

I have loved following along on this project over the years, Vicki. (And I cherish my own map of New Island!) The exhibit looks FABULOUS. What a great pulling together of all the pieces of this awesome passion project. Thanks for sharing. (I'm trying to talk Tom into a little field trip . . . ) XO

This is all so fascinating! It must be really fun to be in on the behind-the-scenes stuff, too.

Wow! That is amazing. Must have been a ton of work.

This is just fascinating, Vicki! Thank you so much for sharing it!

What an exciting project! Rusty has so many skills! Unfortunately I won't make it to WI while it is up.

Rusty's mind seems so nimble, imaginative and erudite. Every little detail and story, painting and map brings to life the amazing world he's created. I hope the YA novel is coming soon. I'd love to read it!