I've been having a hard time putting together a post (or two or three) about Puerto Rico. There's a lot going on right now -- in the world, in my life. I wake up one day, such as yesterday (my day off), thinking that I'm going to tackle taxes & bookkeeping, only to end up running out to buy a laptop for a certain adorable nephew in Peru (his logic board fried), shipping it to arrive across the state by Friday to Annie's boss (who happens to be visiting for a few days), who will then schlep it back to Lima/said nephew. By the time that was done, it was noon. I grabbed a quick bite for lunch, and then had a scheduled video chat with Kate to get her taxes filed & paid (she was running into a roadblock), along with some other chit-chat (for an hour), and then I needed a nap. Ali & the kids were due after dance class! I guess I did get some tax-related stuff done, as originally planned, but it wasn't mine!

So let's try small bites, shall we?

The only concrete engagement on our vacation "itinerary" was a guided trip to Gozalandia Falls on Saturday, from which I have three photos to share. 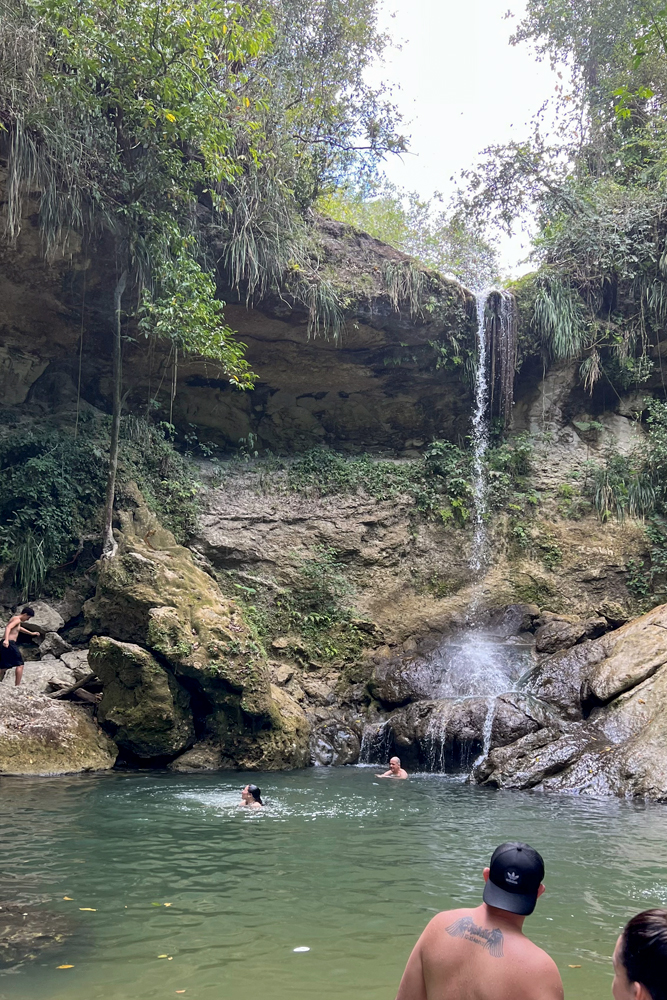 I had a couple of vouchers from Airbnb -- perks for maintaining Superhost status -- and we'd enjoyed our first Airbnb Experience in Mexico (just before the world shut down in 2020), so I searched for something similar in Puerto Rico. Our host/guide was Reynaldo, and he was intimately familiar with the whole property, having helped build some of the infrastructure (paths, stairs, etc.).

Rusty's taking a dip in the pool at the first falls. There is also a rope swing for sailing out over the water -- hopefully beyond the big boulder just under the surface -- and splashing into the pool. Rusty didn't do that, but it sure was fun watching other people do it! 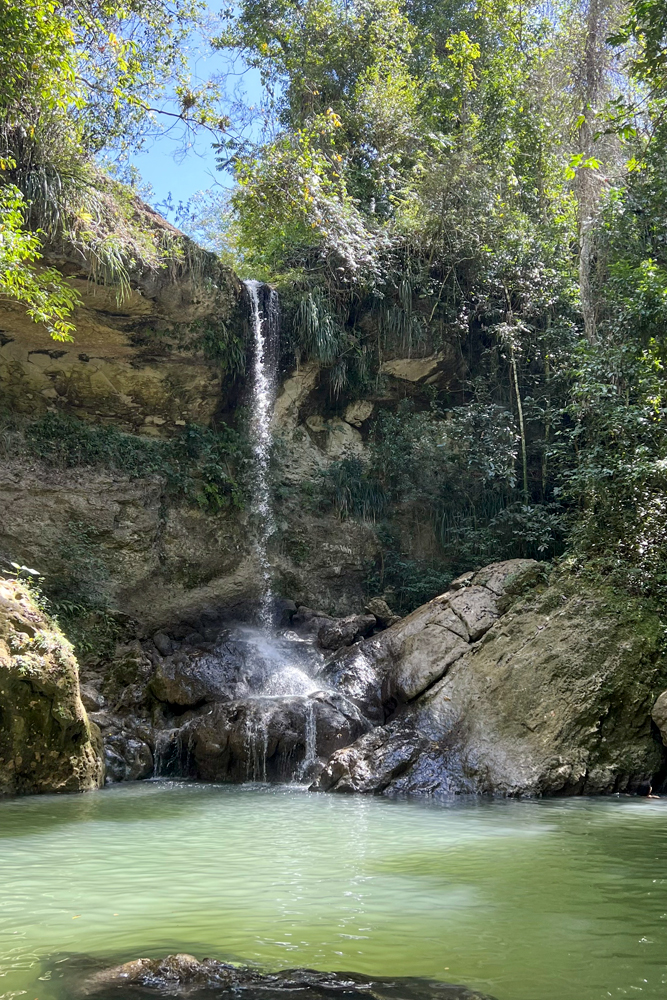 It wasn't easy getting photos without people in them! Certainly most visitors found their way all by themselves, and we could easily have visited and enjoyed these falls without a guide. 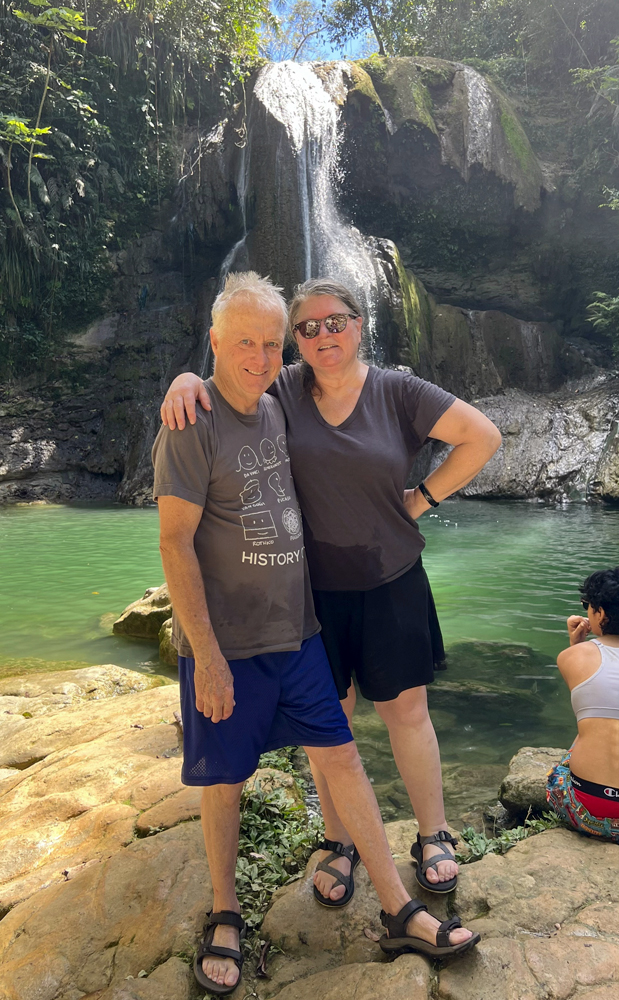 But without Reynaldo, I would never have walked up behind one of the falls. Nor would I have hiked through the river from one waterfall to the other. I have few photos because all my stuff was in Reynaldo's dry-bag backpack, and good thing. I didn't fall, but I definitely needed my hands to steady myself a few times, jumping from rock to rock, sliding down bigger boulders, and needed all my wits about me instead of worrying about my phone getting wet (or dropping it). It was a fun -- wet & dirty -- challenge!

I didn't know just how dirty until we got home -- after stopping at the supermarket -- and noticing that my butt was not only wet, but super muddy, too! Rusty never told me! I bought a small bottle of laundry detergent on our next trip to the store and did some laundry in the sink. (Because my packing skills were MIA when prepping for this trip and I actually had only a few appropriate/practical/things-I-wanted-to-wear clothing items.)

We learned that the movie A Perfect Getaway was filmed at Gozalandia Falls! 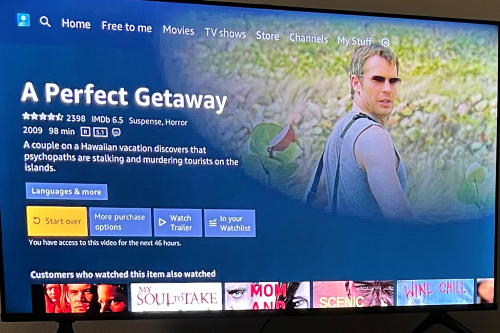 The movie is actually set in Hawaii, but it was cheaper to film the waterfall scene in Puerto Rico, even having to truck in thousands of flowers... and equipment, crew, etc.! I was surprised to see Timothy Oliphant as one of the leads, along with one of the Hemsworth brothers, and we enjoyed it more than expected.

Rusty & I had a great vacation in Puerto Rico and both got what we needed most... 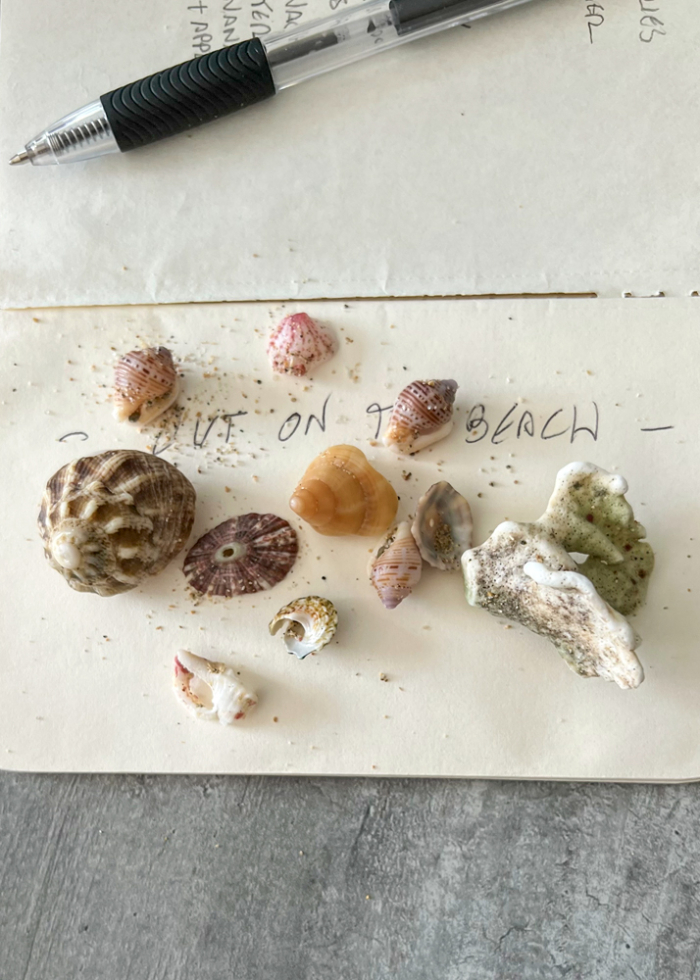 Him: Lots of beach time. 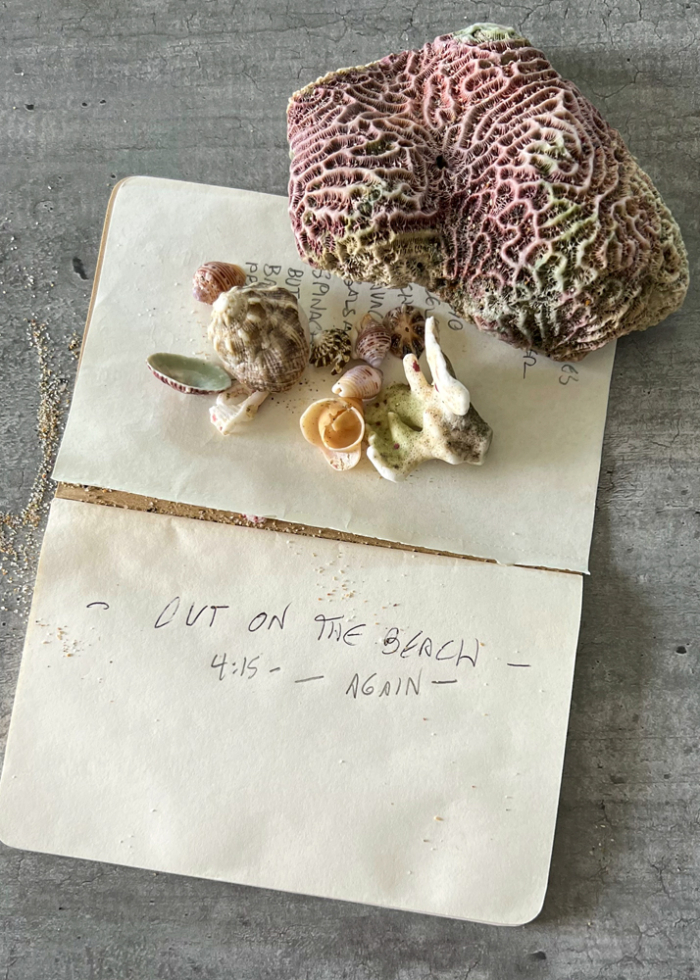 Me: Lots of sleep. 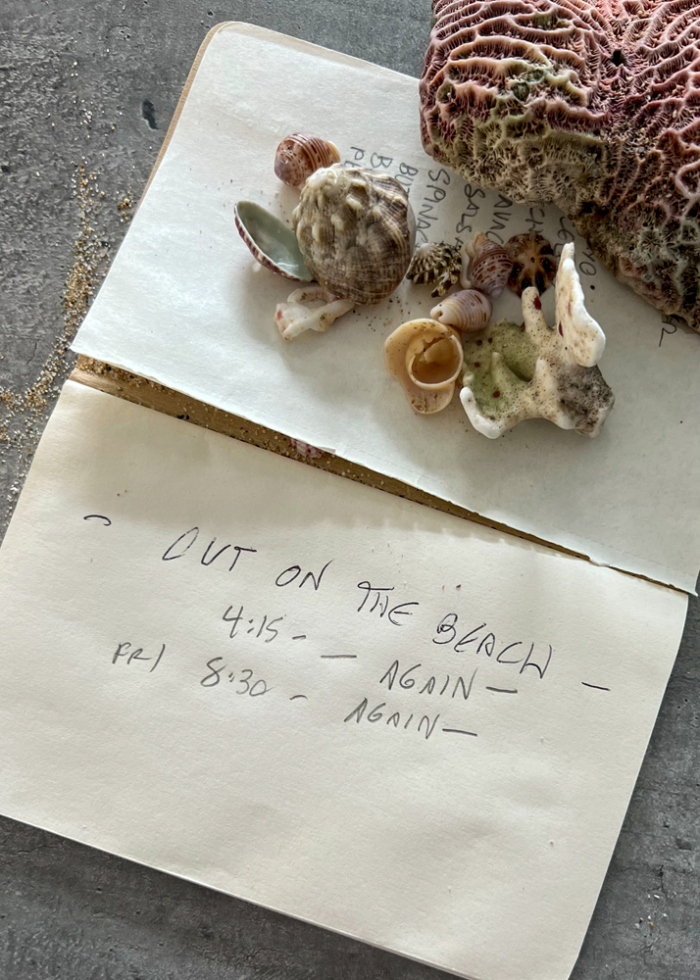 I slept in every single day, and napped when I could, too. 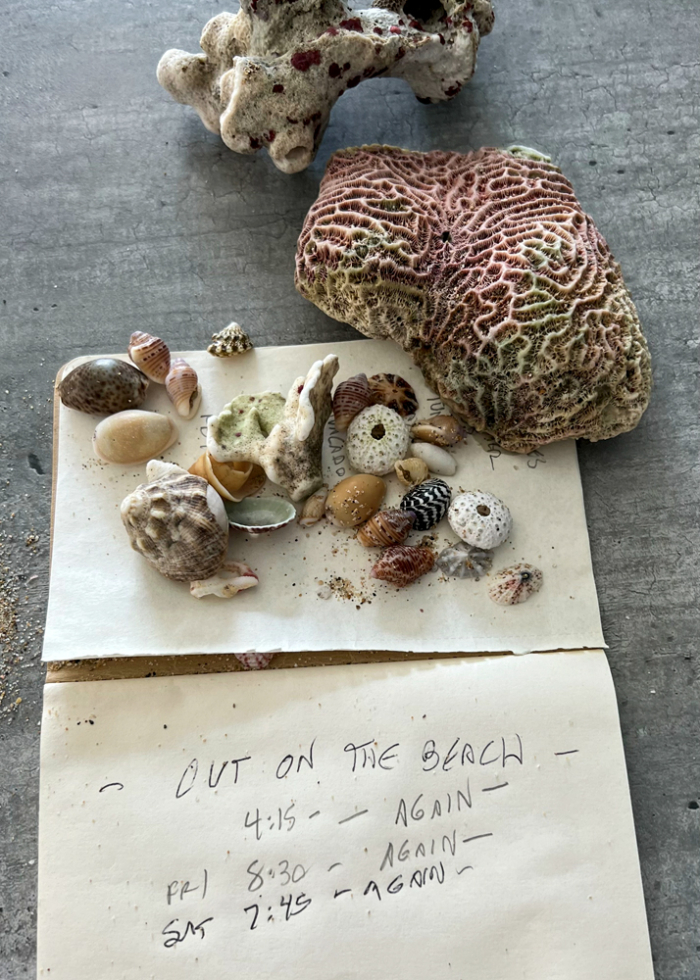 We did much more, and I'll tell the tales... 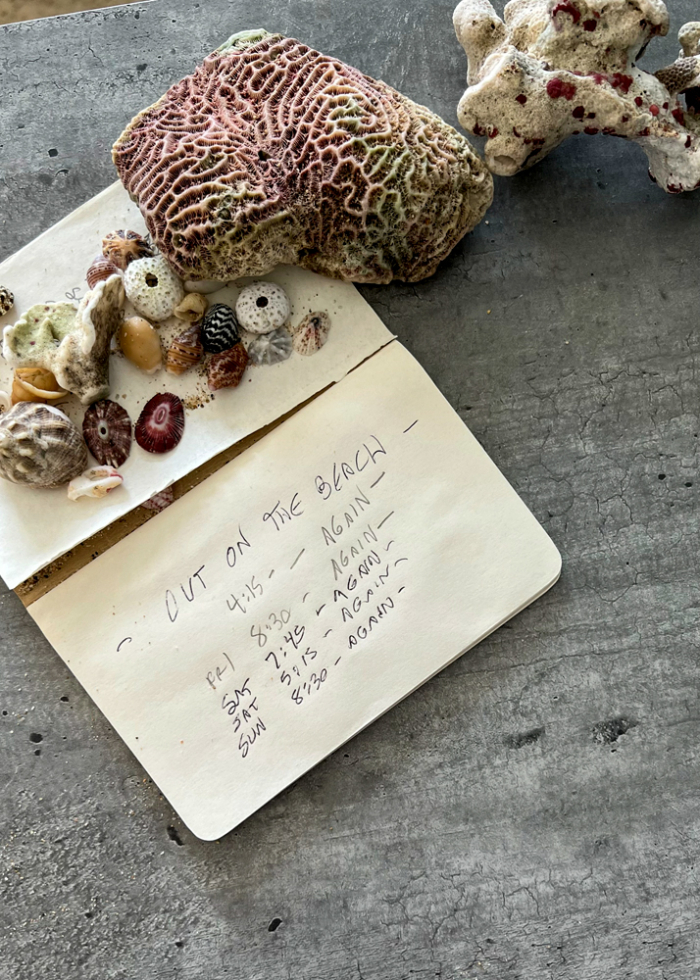 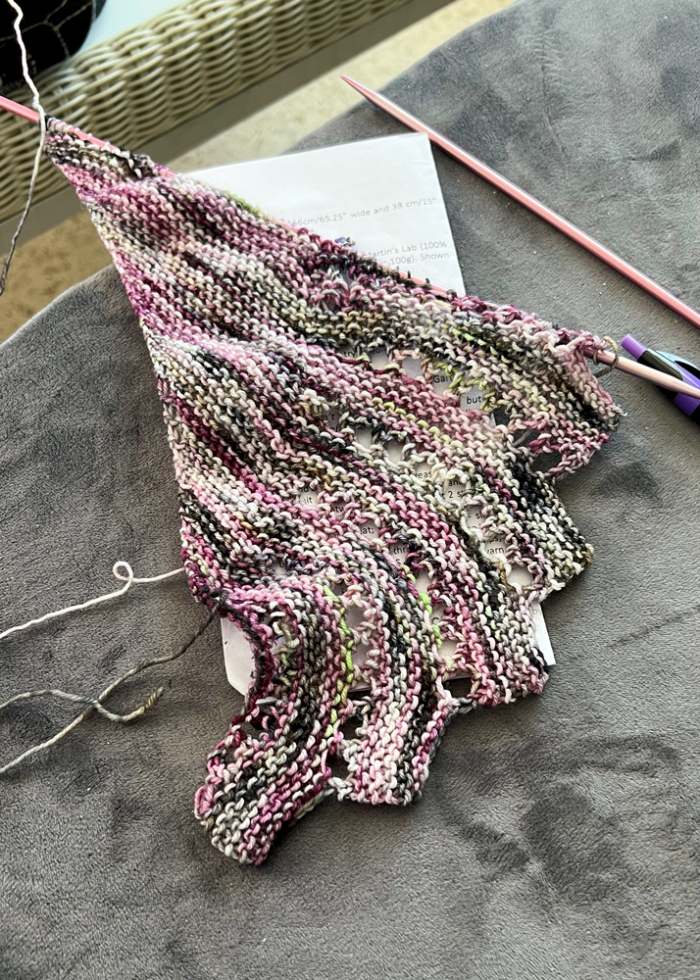 And a little of that! I'll have more to say about that tomorrow for Unraveled Wednesday... but right now, I'll say that I'm still amazed at how much that colorway (Hellebore) matches the coral that Rusty found, and that'll make it the perfect reminder of the trip (since we left the coral behind). 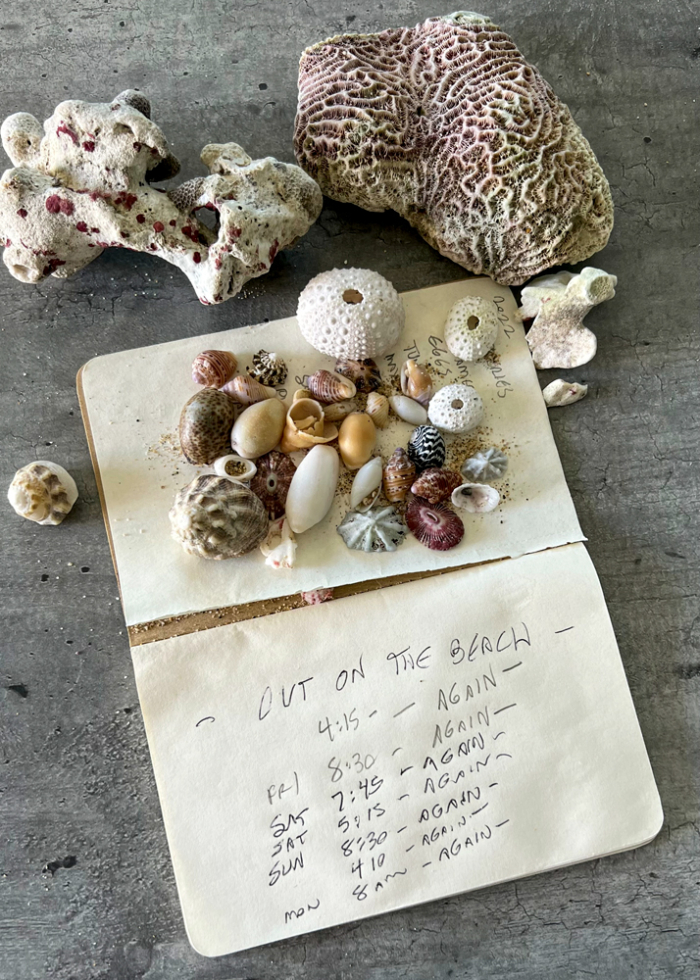 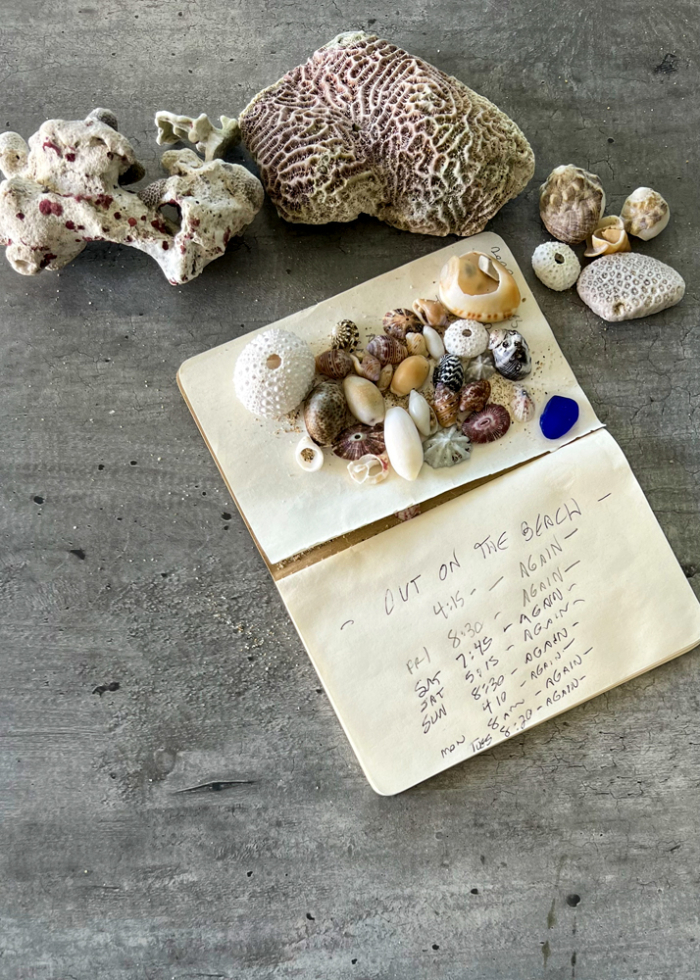 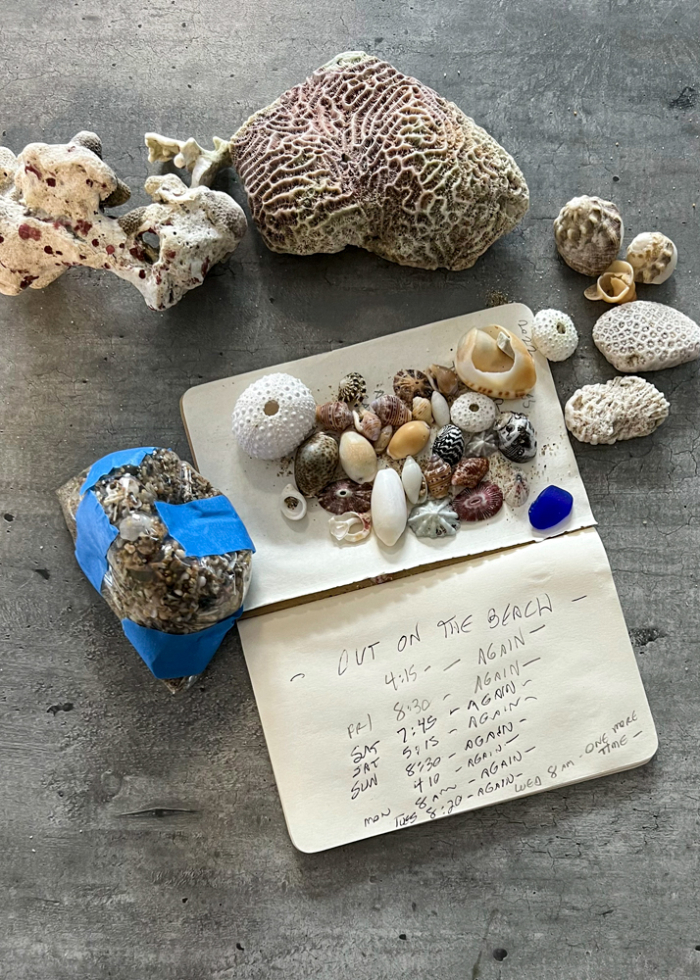 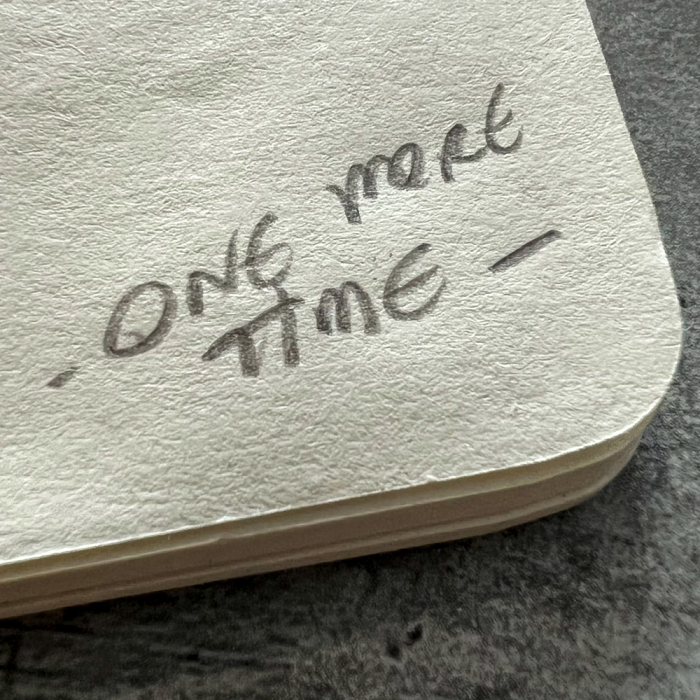 Rusty's "note" became a lovely record of our week in Puerto Rico.

Meanwhile, my heart is in Ukraine. I am so uplifted by some of the stories I've read about Ukrainians... 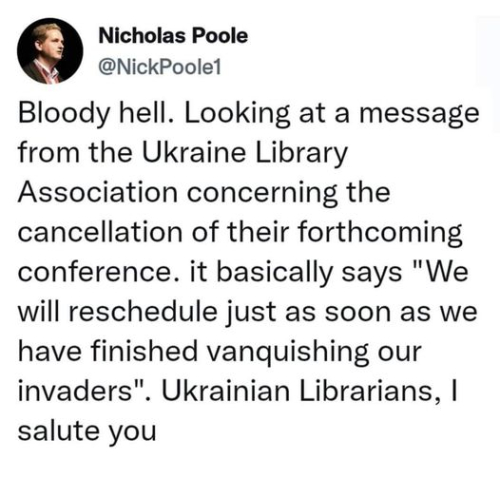 And their president is incredible.

I am also lifted by the amazing work of people like Chef José Andrés and World Central Kitchen, who are not only helping to feed hungry people in Ukraine, but all over the world. If there is a disaster and a need for food, WCK is there, slinging hash and taking care of people. I've donated what we might otherwise spend going out for dinner, and perhaps you'd consider a donation, too.