The three big kids slept over on Saturday night. 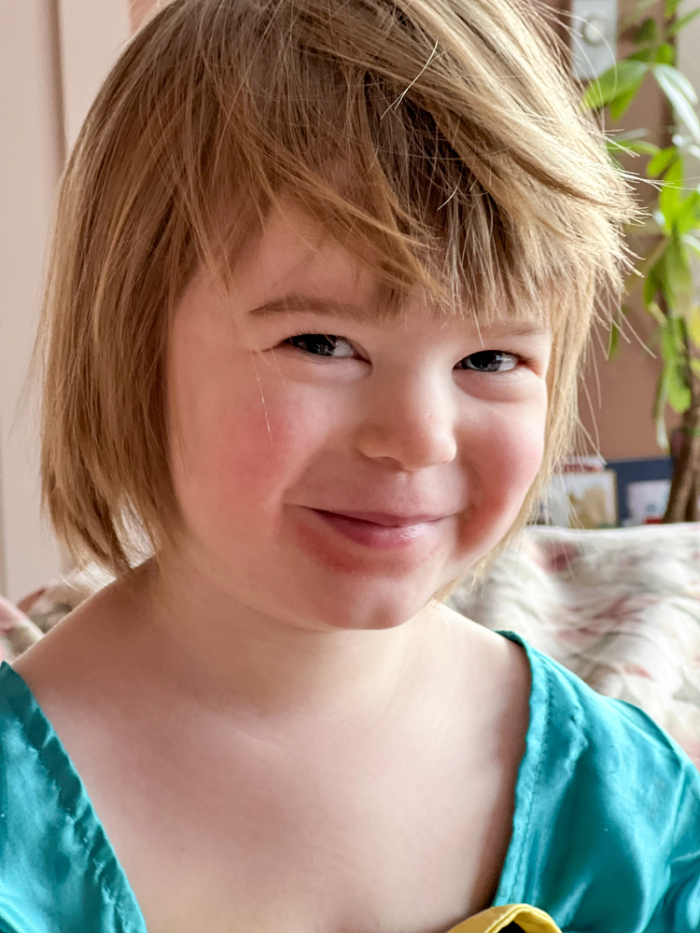 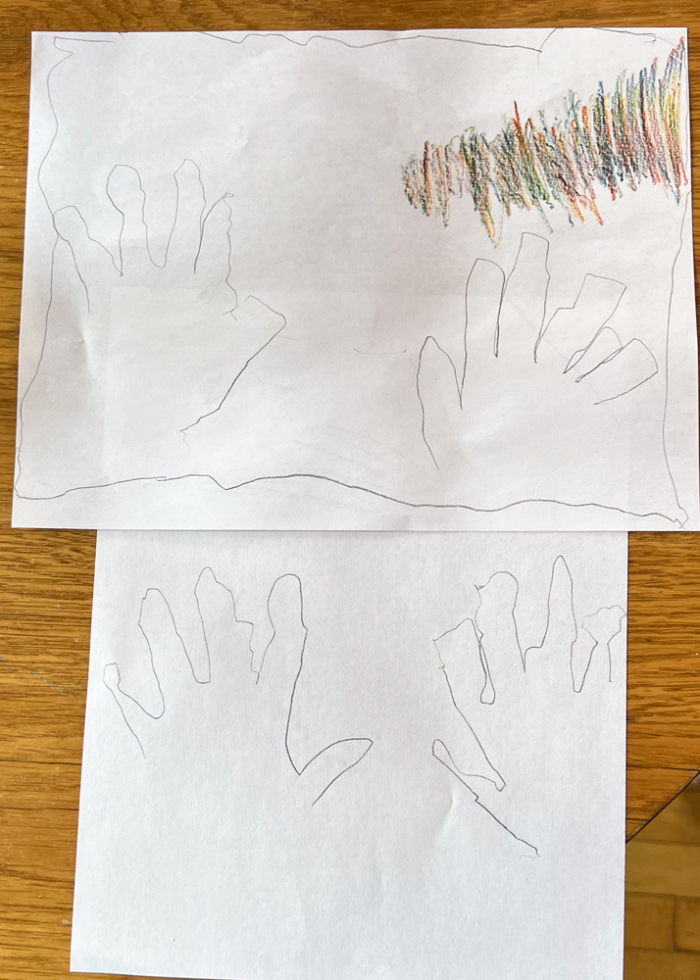 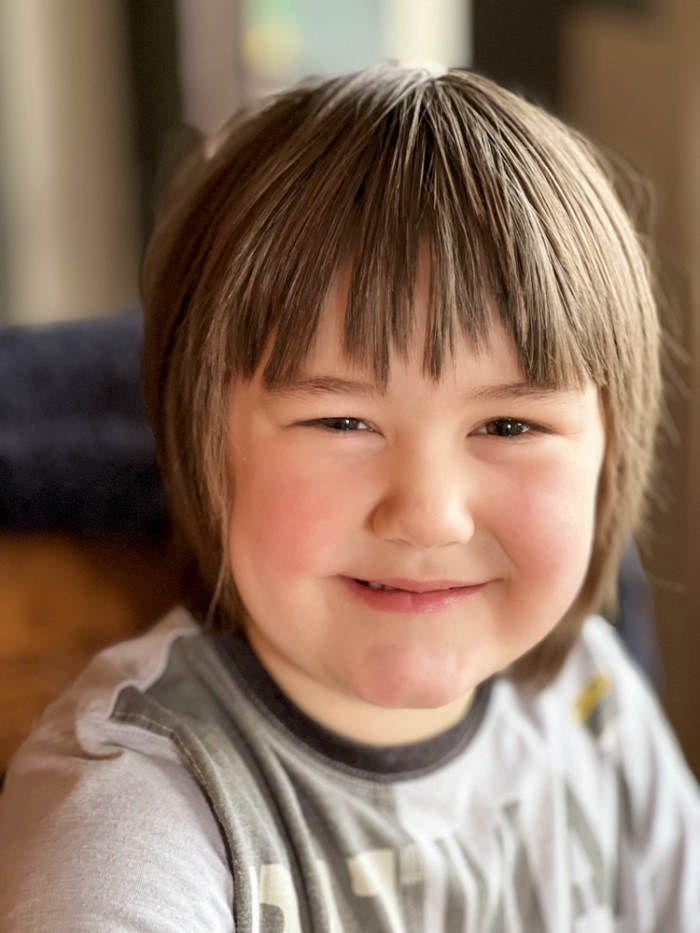 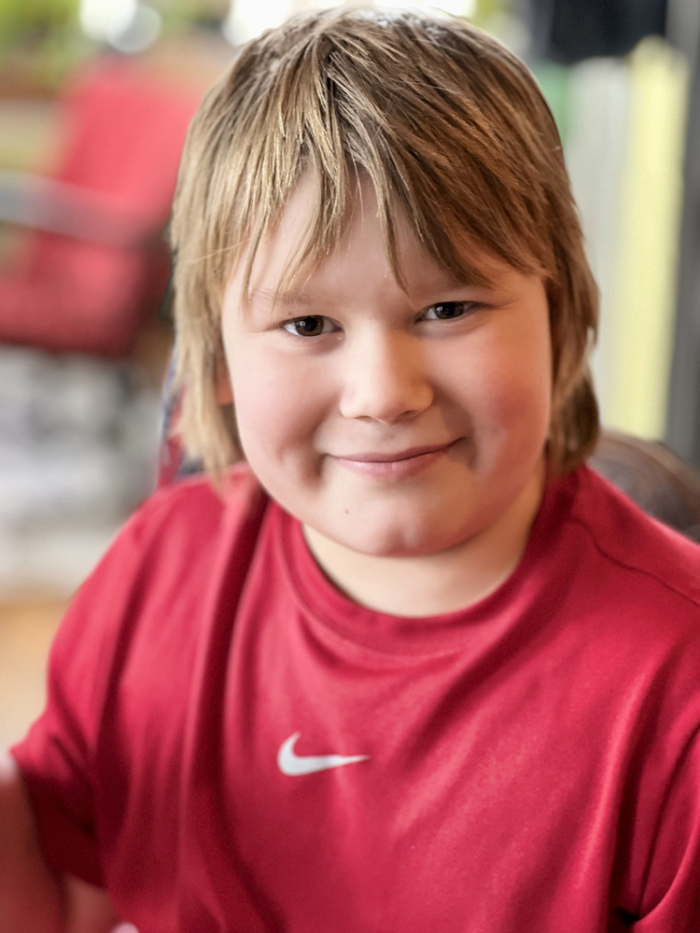 I'll spare you the photo of the floor covered with LEGO, K'nex, Playful Patterns, wooden blocks, dolls, Teenage Mutant Ninja Turtles, etc. Haha. We watched a couple of movies, some of the Olympics (they were very impressed with snowboarders & figure skaters), played with all of the aforementioned toys (and more), and the kids had baths.

Those are Malina's tracings of her own hands. Pretty impressive for an almost-4yo! 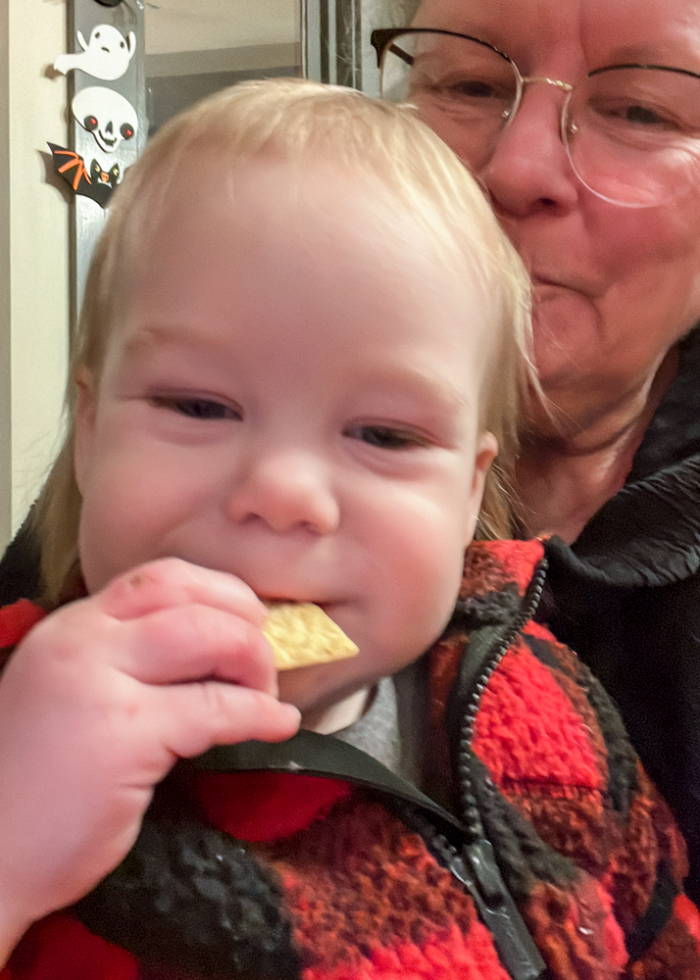 Bonus of Davy -- from last week, not the weekend -- blurry but so cute!

I'm delighted that our travel plans have been worked out. It took a 5-hour texting session with various agents at the airline, but I'd rather do that than be on hold listening to "music" for hours. Anyway, we'll fly to Chicago the afternoon before originally planned, stay overnight at the airport hotel, then catch the early morning direct flight to San Juan, arriving mid-afternoon. Puerto Rico currently has 1.5 hours more daylight than we do, and all at the end of the day, so it'll be perfect for driving across the island.

Looking at these photos, I am really struck by how much those kids all look alike! I'm glad your travel plans have worked out the way you wanted.

You're going to miss those sweet little faces while you are away!

Have a wonderful trip and safe travels to you.

My thoughts were the same as Carole's, you can really tell those adorable kids belong to the same family! I'm glad you got your travel plans worked out, and I'm imagining how nice and warm that sunny daylight will feel!

You're making me long for grandkids -- and there are none on the horizon!
It sounds like your trip is going to be fabulous!

Echoing Carole and Bonny - those kids!!! Definitely look alike (eyes) and Davy belongs with them too. Wishing you and Rusty a fabulous, safe, fun, tasty trip. Not sure when you are leaving, but I cannot wait to hear all about it. Did you pick socks to take to knit? Or fingerless mitts? Or both? Something else? Do tell - LOL

I agree with Carole -- it's the same face at different ages with these kids! Glad to hear everything has worked out with the trip, and lucky you to be getting extra sunlight once you get there!

Those smiling faces! ( I am nodding in agreement with everyone... they do look like siblings!) Have an amazing trip!

Such sweethearts! They're growing up so quickly . . . enjoy every moment! (I know you do. . . ) I'm so glad your travel plans are working out so nicely. I'm sure the pleasure of your warm and sunny get-away will be well worth the 5 hours of finagling arrangements! XO

What wonderful pictures of your beautiful grandies. You must have been exhausted after all that playing! The 5 hours you spent to get your vacation arranged should be worth it-- sunshine and warmth. How many knitting projects will you take? Books to listen to? I'm looking forward to hearing about your adventure in words and pix HAVE FUN!

Oh those faces, don't you just love their smiles! Especially that Ginny. It's always good to have the grands around the house!

I love how much all four of those kiddos resemble each other - so wonderful to share a sibling bond that everyone can see!