3TT: Some numbers
The return of Vas Gr

Last time the kids were over, Junah, holding a small container of white chalk, asked me where a chalkboard was... "Why do you have chalk if you don't have a chalkboard?"

So I fixed that and ordered one forthwith, along with some colorful chalk and an eraser. 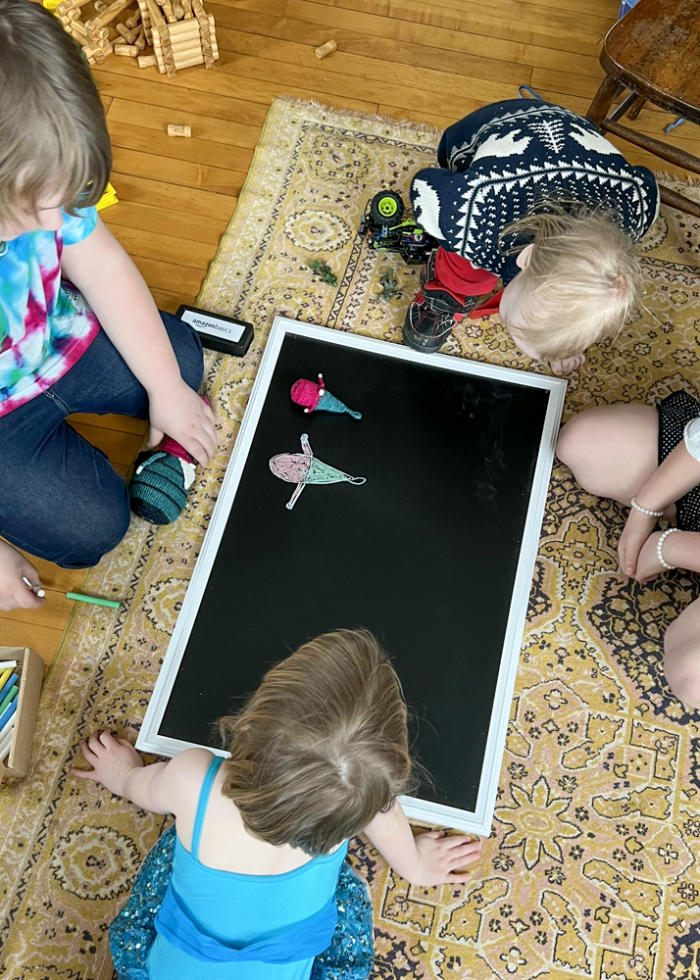 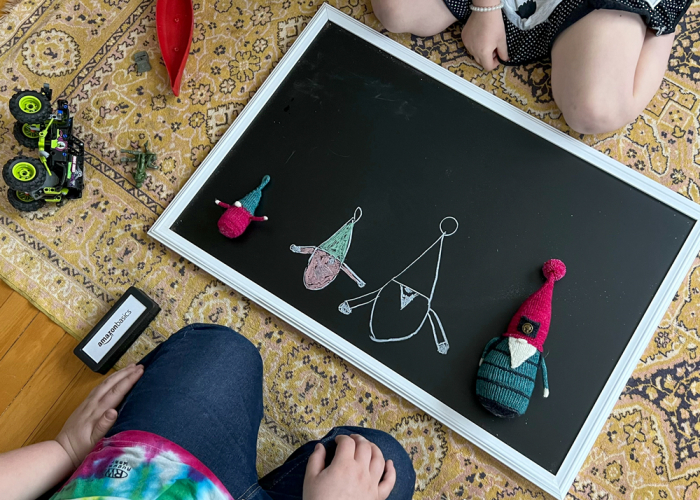 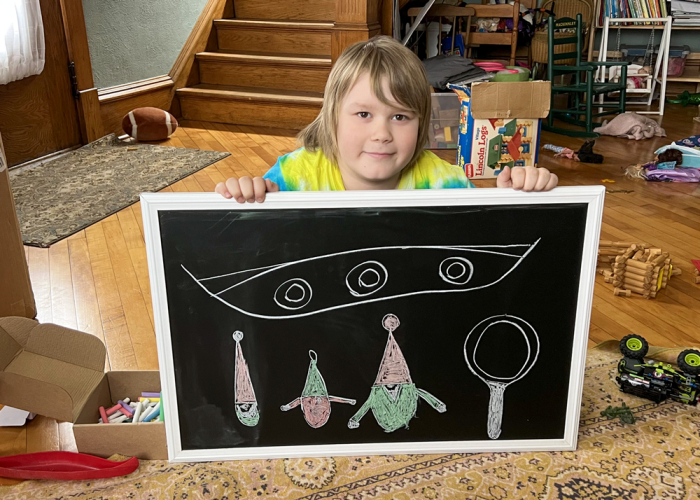 There was zero input from me about what to draw, and I plotzed when I saw Junah drawing my gnomes! He also drew a magnifying glass that Rusty had near his reading chair, and the giant "pea pod" at the top is actually the little red canoe on bottom left in the photo. I shared some of the photos with the fam yesterday and Kate said that it looks like Junah's gnomes are about to hop on a Viking ship! 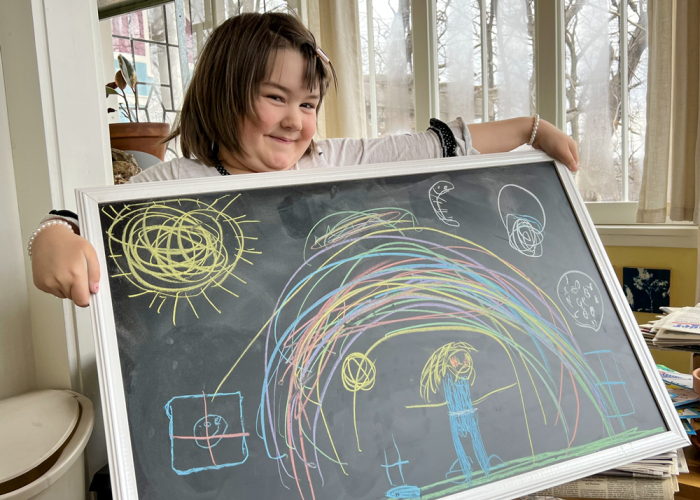 Earlier, Ginny showed me a book of drawings that she made out of napkins... lots of hearts and rainbows, and windows! The sun is in the sky, and also the moon -- in a few different phases. 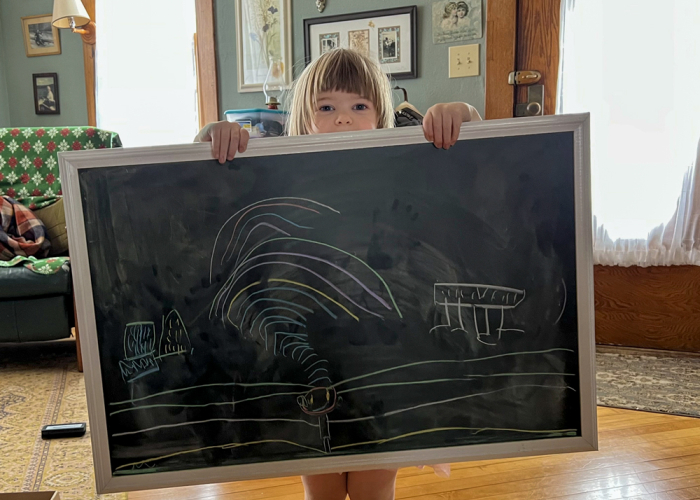 I love absolutely everything about this! 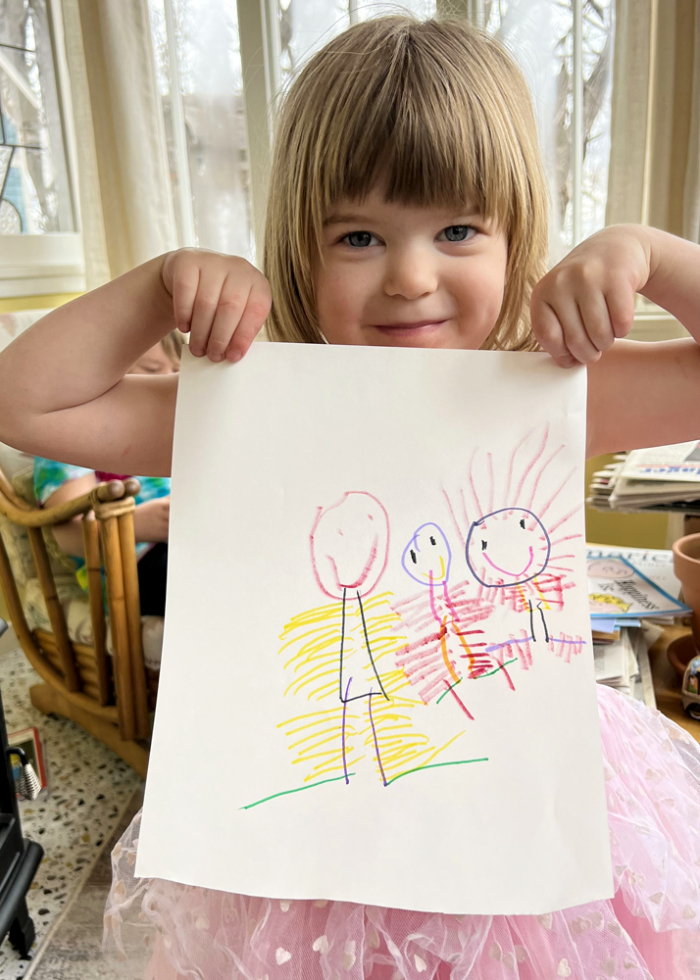 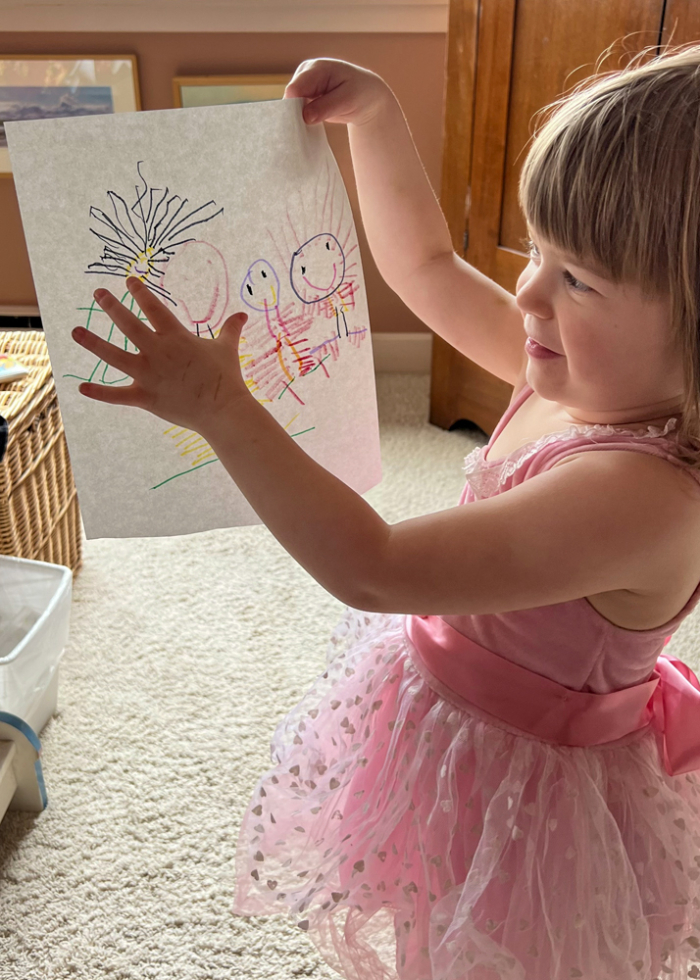 That's Ginny, Davy, and Malina in the first drawing. When I asked where Junah was, she ran off and then came back... "That's Junah... (giggling) with a beard!"

*Because it came with a set of autumn themed chalkboards that I used for decor in the Airbnbs. I do have a small slate, but it has a 4th of July drawing that my mother did... so that's not ever getting erased.

Oh, this all just warms my heart! I love to see kids immersing themselves in their drawings -- and these are so wonderful, Vicki! The joy in their faces! XOXOXO

I love all of the joy you captured, both in the faces and in their artwork!

What wonderful pictures they all drew- What a wonderful Granny for providing the media and time. Their smiles are evidence of their happiness.
Can you seal the board with your mom's pic? Maybe decoupage. it would be a shame to lose the pic she did.

Oh Vicki - what fun! Those kids are all so creative and HAPPY. Love to see their smiles and their art work.

I'm just excited he knows what a chalkboard IS!

I love all the kids' drawings and how happy they are to show them off (as they should be)! Tell them their art has been well-received and appreciated by a wide audience of your readers!

I am never not amused by kids' drawings. They are always so creative and amusing! For all the technology out there, I don't think there's a better way for kids to play than to give them some materials and let them have at it.

oh my goodness. a chalkboard (and chalk!) ... what genius. and thank you for sharing the magic those kiddos made :-)