We had a great weekend up north! 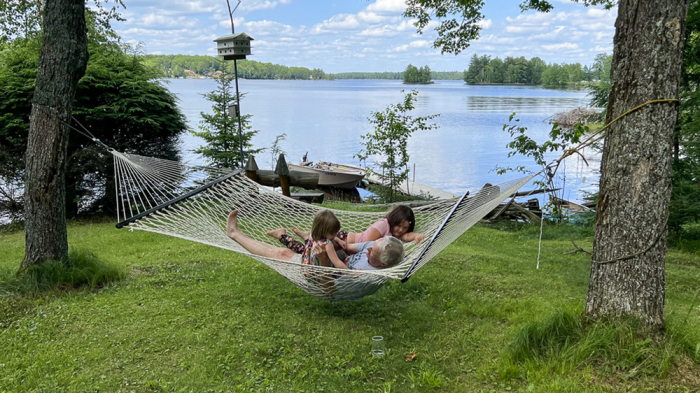 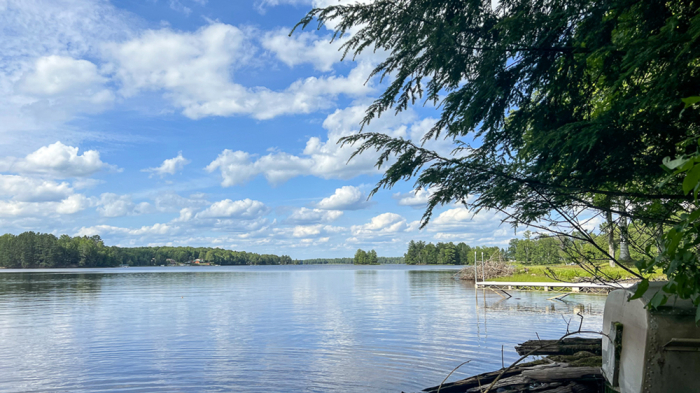 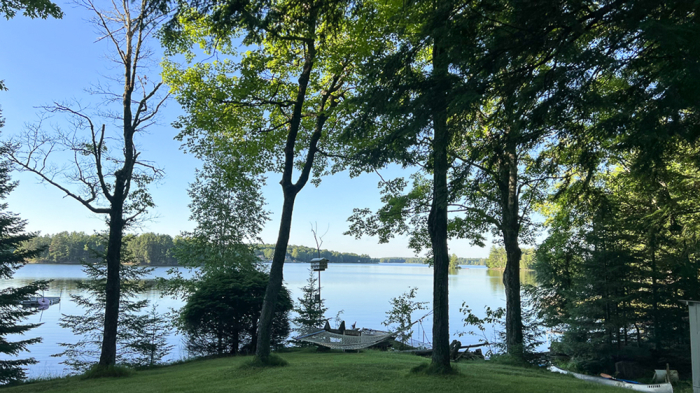 There was a lot of time in the water -- jumping off the dock, kayaking, canoeing -- sitting on the porch, a little shopping with kiddos (break time for Ali), and some creative pursuits. 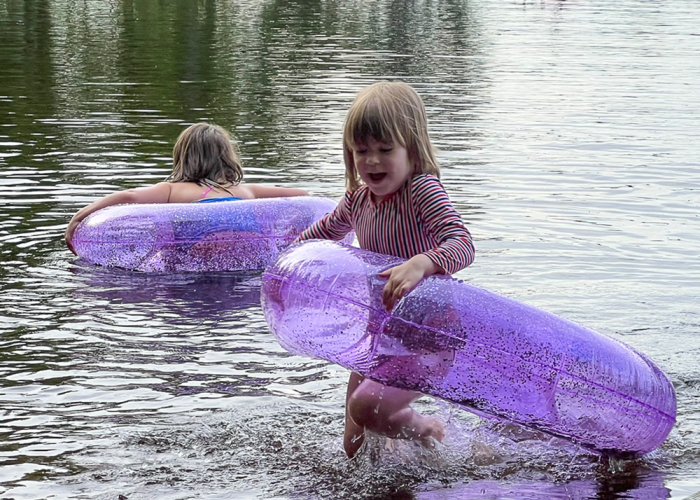 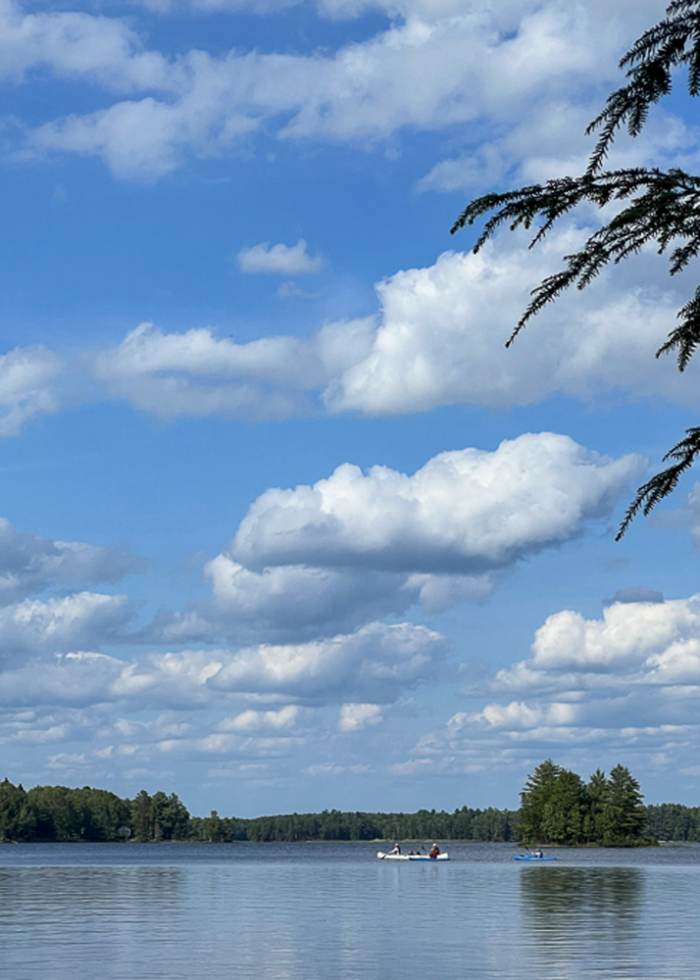 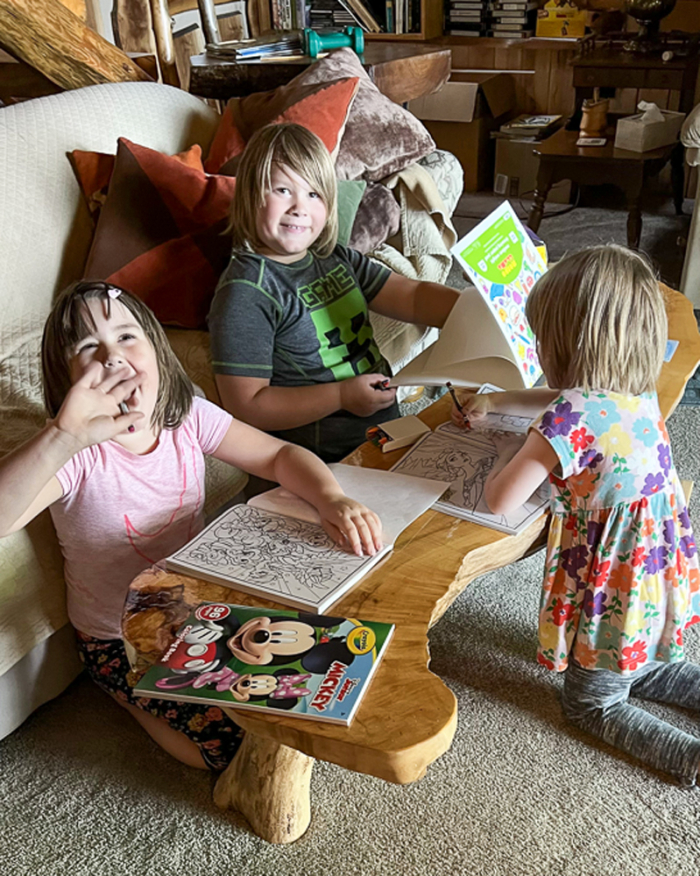 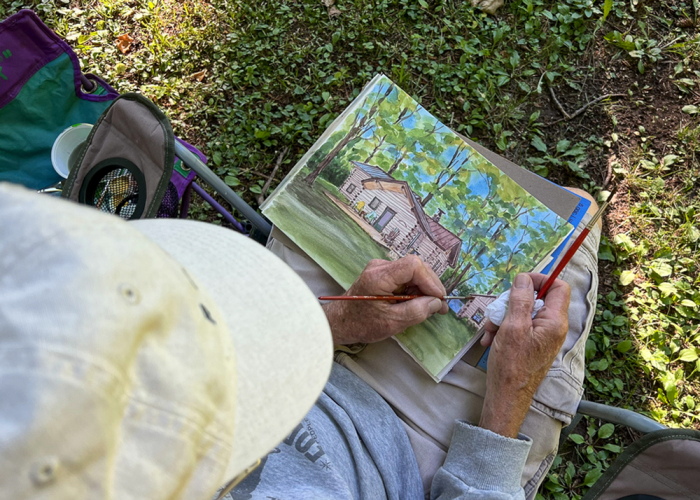 Kate brought activity books & sparkly crayons, and what a hit they were! Rusty sat in the shade and made a little watercolor of the cabin for my Uncle Jim. His place is loaded with art of all sorts from various family members.

There was so much cuteness... 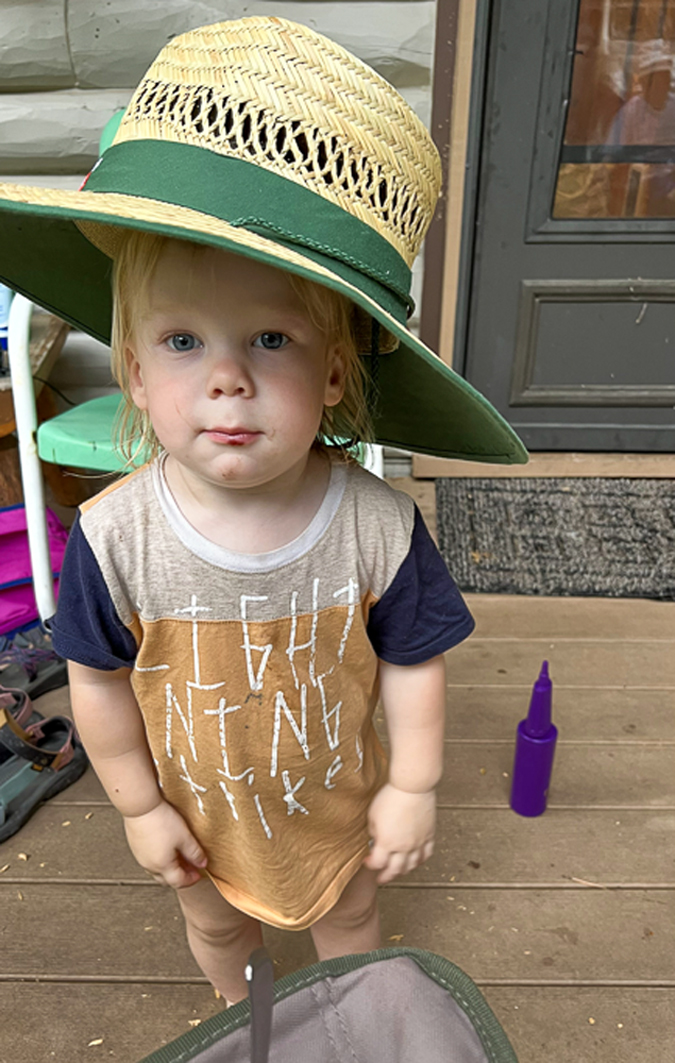 We drove up on Thursday, returned on Sunday. On Monday, Kate & I drove down to Chicago in preparation for her departure on Tuesday. We went on the Chicago Architecture Center's River Cruise for the first time, and we both learned a lot. It was great to see some of the iconic buildings from a slightly different perspective, too. We went all out and stayed at Sofitel, where I'd opted for a slight upgrade previous to arrival, but learned that our upgrade had been upgraded upon arrival. Oh my. We had a lovely suite and it worked out so great because Kate had to get up early on Tuesday to do a little work prior to departure.

I dropped her off at O'Hare and made only two stops on the way home, arriving late afternoon. Maddy had wanted Viv to experience a Wisconsin supper club, so we took the opportunity to go to George's Steak House -- an iconic establishment here for almost 100 years! None of us had ever been, though it had long been on my list. We were not disappointed... CHECK! 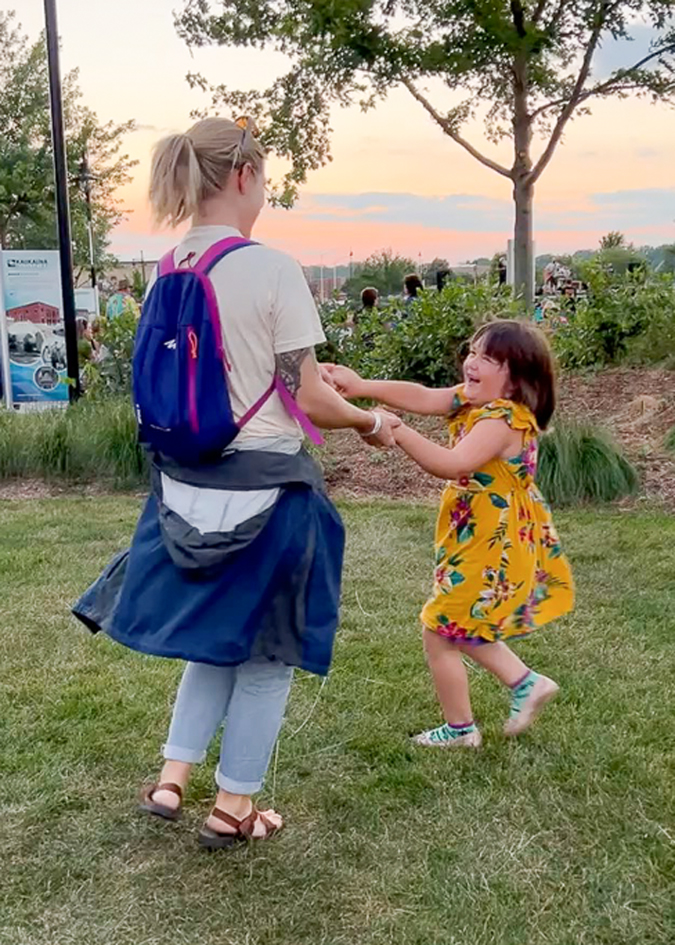 On Wednesday night, Rusty & I prepped Annie's house for guests arriving the next day, while Maddy & Viv made dinner for us. After dinner, we all went down to Hydro Park for the Wednesday night concert... this week happened to feature one of Rod's bands! There was dancing and lots of "sword fights" with long blades of decorative grass. What a group. 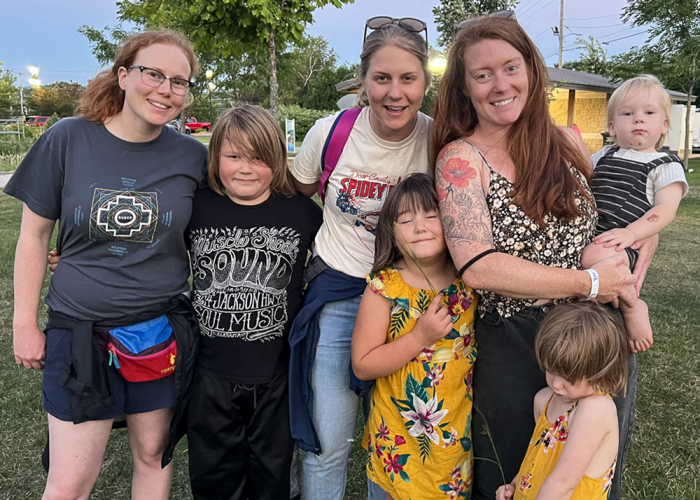 Maddy & Viv left for Milwaukee yesterday to stay with Katy & Andrés for the night, making the trip to O'Hare a little easier for Viv's departure today. I think she's boarded her flight as we speak. Maddy will be spending the weekend with her friends there before returning here on Sunday -- we get her for another whole month, more or less!

The house is going to be quiet this weekend, about which I have mixed feelings. I miss my peeps! (Only 1 month + 28 days until we go to Scotland, though, so there's that to look forward to.)

I had a book club meeting last night. We discussed my YA-themed pick, Firekeeper's Daughter. You may recall that I'd asked for recs for a YA read last month, and there were a LOT of good ones! I picked this book, recommended by Kym, mainly because of its setting in Michigan's Upper Peninsula and to learn a bit more about Anishinaabe culture, which is also relevant to my geographical location. It did not disappoint, and there was lively discussion. I had forgotten that I already had the Audible version of this book, no doubt on another recommendation, when I ordered the paperback, so I was able to both listen & read the book -- it was helpful with some of the native terms that were used throughout the book. I know quite a few people who are reading or have read this book!

We didn't know it, but a trivia contest started right about the time we finished our meal & discussion, and five of us decided on the spot to stay & make a team! It was so fun!! We were floored to learn at halftime that we were in 3rd place! In the end, we ended up 4th -- and that was more than any of us expected. Out of the money, but chuffed!

I hope you have a great weekend!

When I saw the photos from up north, they looked like so much fun that it seemed you had been there for a week or more, rather than a long weekend! I'm sorry your household is dwindling, but there is Scotland in the near future. Pub trivia always sounds like so much fun; I need to find a place to try it someday!

I love these photos of all of your peeps together! Thanks for taking us along on this whirlwind time of visits and trips and dinners!

It sounds like it's been a wonderful visit with everyone, with wonderful times outdoors on top of it! I'm sure the house will feel extra empty and quiet, but perhaps that will allow you to recharge before the Scotland trip.

You've had a busy and lovely time with your family. This is your element! Seeing you with the people you love brings a big smile to my face, too! (and I really need that.) xox

You must be absolutely exhausted, Vicki, but in the most lovely, full of family/fun/memories kind of way! I have loved seeing all your photos and hearing about your adventures together. The smiles say it all. Thanks so much for sharing your wonderful family. Such a bright spot! (And I'm so glad you enjoyed Firekeeper's Daughter.) XOXO

What a fun and filling time you have had Vicki! I love seeing all the pictures. Like Bonny, I thought you were up North for a longer period of time - so much packed into a weekend! With (almost) everyone having left, it will be nice for you to have Maddy around for a little longer and then...SCOTLAND!!! The summer is whizzing by and you all are making the most of it. Love Rusy's watercolor of the cabin and Davy in the hat is just way too cute!