The baby is TWO!

I spent a good chunk of Saturday with Ali & the kids in one combination or another.

Yesterday, I drove out to their house with pizzas for lunch to celebrate Davy's second birthday! 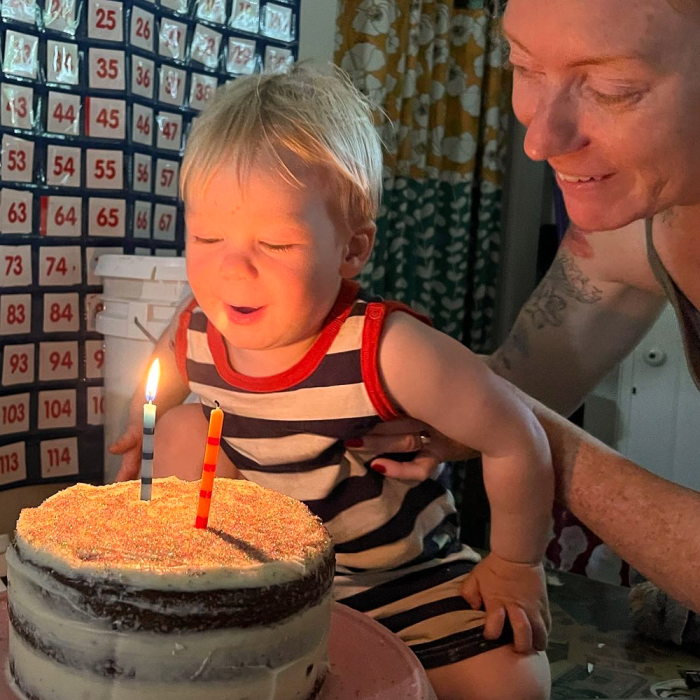 There's a video clip on IG wherein I finally captured Davy's adorable infamous cheeky side-eye grin. He does it a lot but it's never been recorded before! Ali made zucchini cake with some zukes from my garden... cream cheese frosting & sprinkles... mmmm! 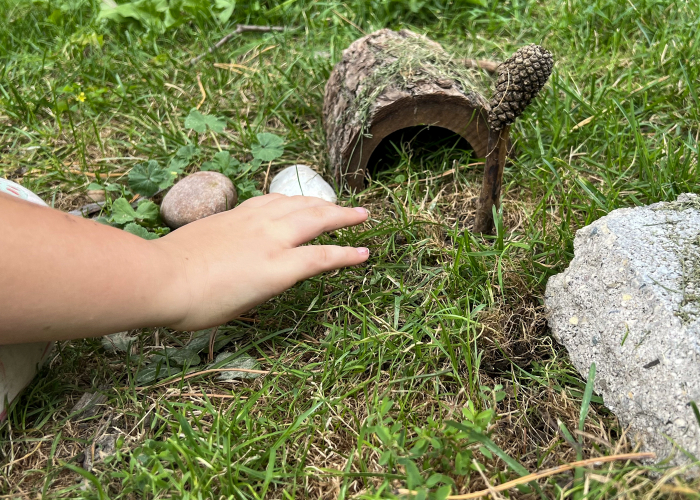 Ginny showed me some of the changes that have taken place at her Fairy House. I'm in love with that half-log!! Pinecone-on-a-stick is also quite charming. 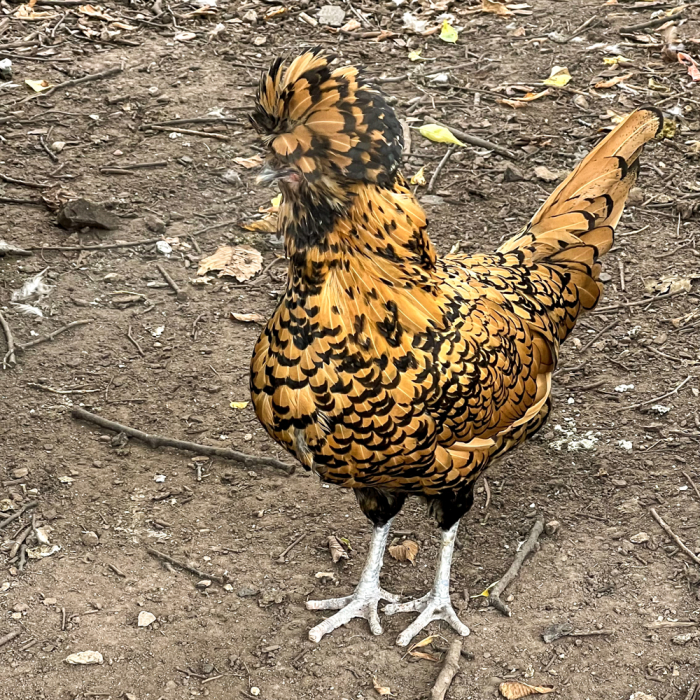 I couldn't pass up a Flo photo op! First of all, chickens never (hardly ever) stand still... and Flo least of all. Or so it seems... that feather hat she wears is rarely ever still!

It was a great weekend. I won't see the kids until we return from Scotland, and I've already promised a sleepover! Plus goodies from Scotland!!

We leave tomorrow! It's hard to say whether I'll pull off an actual post while we're gone. The best place to keep tabs would be IG!

I can't believe Davy is TWO! Then again, Jackie will be 5 in two weeks so . . . Have a great time in Scotland, I'm excited to see your IG posts.

How did Davy get to be two?! He is adorable and that cake looks delicious. Have a wonderful time in Scotland; I'll be looking forward to your IG posts!

I will go on IG!!! I can't believe Davy is TWO. Safe and hassle-free travels. Have FUN.

Two is such a fun age! (I know because I have double two's right now!) :) Have a great trip!

I'm still thinking Davy was just born, so I can't believe he's two already! Time does fly. I hope your travels are easy and the trip is delightful. Can't wait to see all you're up to on IG!

By the time you read this, you will BE IN SCOTLAND! I am so excited for you -- and I'm really needing some vicarious travel right now, so can't wait to follow along on IG. And how in the world did Davy get to be TWO already???? He is such a little sweetheart! (And Ginny's little fairy-land! Oh, heart be still. She and I would have been such good friends if we were littles together. . . ) Have the BEST time in Scotland! XOXO